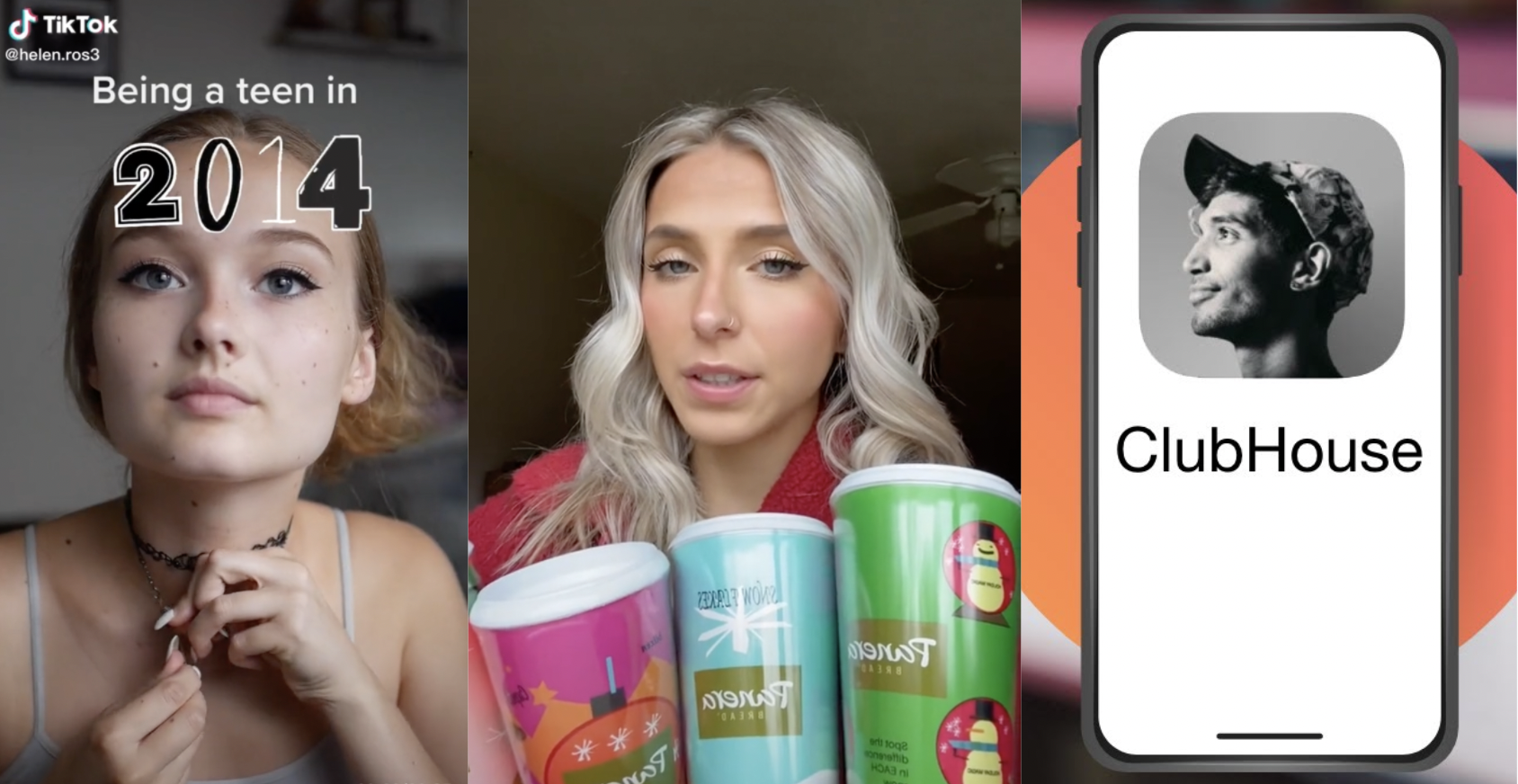 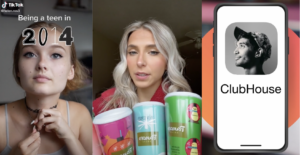 Every day, YPulse curates the biggest news about the next generations to help brands understand young consumers. (Don’t get our newsletter? You can sign up here). From gaming, to fashion, clever (and weird) marketing, if it involves or impacts Gen Z and Millennials, you can count on us to keep you up-to-date on the biggest trends. Today, we’re rounding up the top-clicked news stories from every month in a list of the news, research, campaigns, and products that made the biggest impression on readers like you. From esports (kind of) finding its place in the Olympics, to maximalist fashion, and more, here’s 2021’s youth news our readers were most excited to read: 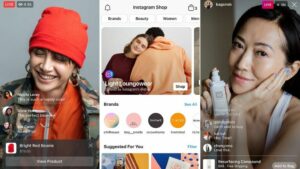 VICE reported in February how the 2014 aesthetic (think American Apparel skirts, Polaroid cameras, and the original Instagram filters) infiltrated TikTok as young people got in their feels about trends dating just seven years back. #2014aesthetic has since racked up more than 3M views on TikTok, with users sharing “POV videos” of themselves dancing to songs by the Arctic Monkeys and the iconic products from the year. The subculture was later dubbed “Tumblrcore” (#2014Tumblr counts almost 100M views), and the “2014 trend” signaled “Gen Z’s interpretation of the era” as they fantasized about what it was like being a teen in 2014.

Clubhouse Gave Social Platforms a Run for Their Money—For Like, a Minute

Ah yes, who could forget about Clubhouse? The new social platform hopped on the scene in 2020 as an invite-only social audio app. In early 2021, the app earned a great deal of buzz as brands tested the waters by partnering with popular “rooms,” and social platforms tested their own versions of social audio. Adweek reported on Kool Aid’s, Slice’s, and Square’s Clubhouse debuts: The Kool-Aid Man popped up in “a bizarre Clubhouse room” alongside entrepreneurship evangelist Gary Vaynerchuk and LA Dodgers player Justin Turner; Slice teamed up with the hosts of the “nyu girls roasting tech guys” club to send a free pie to users who “failed to win a date” in their “shoot your shot” room; and Square-owned Cash App sponsored a giveaway program with the Black Bitcoin Billionaires club to give away 1 million satoshis (around $515) to users. The buzz quickly faded as “hot vaxed summer” approached, proving the race to get on Clubhouse wasn’t that big of a deal after all. YPulse’s most recent social media monitor research shows 3% of Gen Z and Millennials use Clubhouse.

The Washington Post reported in April that the International Olympic Committee (IOC) announced they would include a slate of five “virtual” events during the 2020 Tokyo Summer Olympics, including auto racing, baseball, cycling, rowing, and sailing. The sports were expected to be played as games, simulations, and digital programs, including Gran Turismo for auto racing and Zwift for cycling. TWP later reported in July that the esports events were moved online after originally planning to be held in person, and were held outside of the official Olympics before the Opening Ceremonies. So, while esports did get closer to finding their place in the 2020 Tokyo Summer Olympics, maybe they’ll earn a more official spot (like after the Opening Ceremonies, and in-person) at the 2024 Paris Summer Olympics. 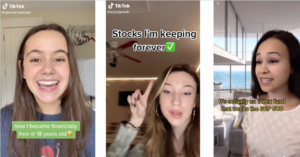 TikTok As A Learning Hub For Investing

Buying stocks / investing was one of 13-39-year-olds’ top financial goals for 2021, and we saw a number of fun (and alternative) ways they educated themselves on the matter. The New York Times shared stories from young people explaining how they’ve used TikTok as a way to learn about finances via “finfluencers,” from investing tips, to how to use a Roth IRA, and more. Charles Schwab, Betterment, Fidelity, and more financial groups reported seeing an increased number of young people opening accounts: In 2020, people under 41-years-old accounted for more than half of the newly opened accounts at Charles Schwab and people under 35-years-old accounted for more than a third of newly opened accounts at Fidelity.

The Gen Z singer made several headlines this year thanks to hit singles like “Driver’s License” and “Good 4 U.” After launching her debut album, “SOUR,” Rodrigo joined forces with Depop for a “SOUR Shop,” bringing exclusive items featured in her music videos to the shopping platform as reported by HYPEBAE. Retro black sunglasses, “gothcore creeper” platform shoes, fluffy pink boas, and silk head scarves were some of the pieces featured in the collection. Depop caught the attention of many brands this year as they worked to reach young, thrifty shoppers, so the Olivia Rodrigo tie-in made this the perfect Gen Z collab of the summer.

Glossy shared how a wave of small DTC brands like Ceremonia, Golde, and Weave have been using groups on Instagram and Slack-like messaging platform Geneva to gather real-time product insights from influencers and consumers. Hair care brand Ceremonia used Geneva to interact with its “insider community” of influencers where they discussed feedback from product testing to ideas for improving formulas; Golde also used Geneva for its #ClubGolde ambassador program and for sharing influencer campaign ideas; Wig startup Waeve used a private Instagram account known as “Waeve Baes” for talking about package innovation, influencer marketing, and overall brand feedback. Glossier, Versed, Glow Recipe, and Curology have also relied on online community groups to gain real-time product feedback from consumers and influencers, which is a strategy that has become a core aspect of how they develop their products. YPulse cited research from our Clicking on Community trend report showing 32% of Gen Z and 45% of Millennials are part of a private online group, signaling how tapping into these niche spaces can help brands interact with young people to learn valuable information.

What was supposed to be a “hot vaxx summer” for Gen Z and Millennials turned into a “healing girl summer” for some as they worked on “becoming healthier versions of [themselves].” The New York Times reported about the movement, sharing how content creator Helena Honey Selassie first embraced the term on TikTok after one user commented on her video saying “OK hot girl summer.” After taking a minute, Selassie realized she wasn’t truly experiencing a “hot girl summer,” rather using the season to rediscover herself and practice more self-care. Following this realization, Selassie created a healing girl summer series to share her experience on TikTok, which helped grow her followership from 50,000 to 240,000 followers from the series alone. Angel Dy is another influencer who created similar content with her “changing my life forever” series on TikTok that covered “healthy girl summer” tips and her experience with choosing singledom over the constant cycle of relationships. YPulse highlighted research from our Extended Singledom trend report that speaks to the idea of “healing girl summer” as women are two times more likely to say they’re single because they need to focus on themselves. 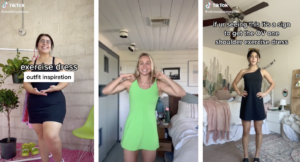 Designed as an all-in-one garment made from stretchy fabric with built-in spandex shorts, the exercise dress was one of young consumers’ favorite athleisure items this year. Vox reported on the exercise dress boom, noting how the style picked up after first hitting the scene in 2018 thanks to Outdoor Voices. Halara, Girlfriend Collective, Old Navy, Abercrombie & Fitch, Nike, and Lululemon, are just some of the fashion brands that released their own workout dress iterations this year, and Hong Kong-based activewear brand Halara was one of the most-popular exercise dress brands on TikTok after going viral for its “In My Feels” dress—a $49.95 dupe of for the Outdoor Voices dress. YPulse cited research from our fashion and style report that shows activewear / loungewear is still a fashion trend young consumers are interested in as they prioritize comfort in all aspects of their wardrobe.

Refinery29 shared how house paint is Instagram’s “new hottest accessory” thanks to eager Gen Z and Millennials who are not only spicing up their living spaces, but looking to social media for color inspiration beyond what traditional stores offer. Backdrop became these gens’ match made in heaven thanks to its DTC model, affordable price points, and “made for social media” hues. Some of the most-popular paint trends of the year included vibrant blues, sage green, mellow beige, warm lilac, slate blue, and light peaches. The brand also teamed up with Dunkin’ this year on a branded paint line featuring the coffee chain’s iconic orange and pink hues. YPulse highlighted our Shopping for the Home research that found more than half of 13-39-year-olds say everything in their home should be beautiful so it looks good on social media, and Backdrop is one brand that helped make their home renovation #goals come true.

Last year, maximalism took over young people’s living spaces as one of 2020’s most-popular home trends. And in 2021, maximalism took over Gen Z and Millennials’ wardrobes. Harper’s Bazaar reported on the trend, sharing how young consumers are “dopamine dressing” as they use fashion to express themselves after more than a year of spending time at-home during work, school, and quarantines. Gen Z and Millennials said goodbye to capsule wardrobes and all-black wears and hello to experimentation. According to one 25-year-old interviewed by Harper’s Bazaar, “Because of the pandemic, my style had a rebirth,” describing her new style as “Bratz Doll gone thrift shopping.” Meanwhile, content creator Maxine Wylde dubbed the growing interest in multicolored outfits as “kidcore.” YPulse highlighted findings from our fashion research showing that while comfort wear is still popular, young people are still buying fashionable going out clothes and making their own ‘fits as they fuse creativity into their wardrobes.

YPulse told you all about Emily Zugay and her (purposefully) ugly artwork. After going viral in September, Zugay teamed up with several brands for ad campaigns on TikTok and consistently graced social media with more ugly logo designs throughout the fall / winter. AdAge reported that Panera tapped Zugay for a holiday cup collection featuring her designs, showcasing intentionally misspelled words like “RAINDEER,” choppy graphics, and fonts designers would never dare using. The cups were awarded to 125 lucky fans who entered the giveaway through the campaign’s website. We cited our Pop Culture Redefined trend research showing 62% of young consumers say brands should comment on viral pop culture moments to stay relevant with their generation, and Panera’s Ugly Holiday Cup Collection is one example of how brands can successfully tap today’s TikTok trends. Brands showed up in extravagant ways to celebrate the holidays this year, and Panera’s Emily Zugay cups definitely made our list of next level holiday marketing brands need to know about.