Older Millennials aren’t happy with the term “Geriatric Millennials,” a song from Nickelodeon’s The Backyardigans is at the top of a Spotify chart because of TikTok, fans are really excited for Olivia Rodrigo’s album debut and candy collab, and Demi Lovato came out as nonbinary and people are showing their support—plus more news taking over social media this week! 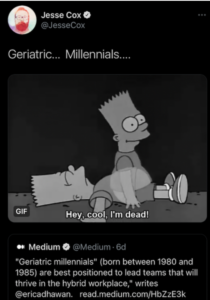 At the end of April, an article in Medium used the term “geriatric Millennials” to describe Millennials on the older end of the generation, giving the title to those born between 1980 and 1985, who are “too old to be a regular Millennial but still younger than any Gen Xers.” The article also argues how these “geriatric Millennials” are the best choice to lead “hybrid workforces” due to their expertise in both digital and analog communication. Other terms that have been previously used to describe this (alleged) “micro-generation” include “cuspers” or “Xennials.” However, users on Twitter have a lot of thoughts about the newly coined phrase, with many of them outwardly (and hilariously) rejecting it altogether. One user tweeted: “And as a “geriatric millennial,” my first act of running sh*t is to fire you into the godd*mn sun for coining that term.” Following the backlash, Medium put out a survey on Twitter asking what users what they think the term for older Millennials should be, with “Original Millennial™️” getting the most votes. The conversation has found its way to TikTok as well, where the hashtag #geriatricmillennial currently has 36.6K views. It’s already been a full year of generational wars, which seem to create endless fun for the internet. “Cheugy” is one of the other most recent examples of Gen Z and Millennials “feuding,” then we have Eminem, skinny jeans and side parts, and of course, the phrase that kicked it all off: OK, Boomer. 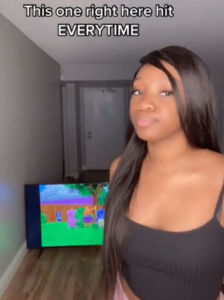 Thanks to TikTok, A Song from The Backyardigans is at the Top of Spotify

TikTok certainly knows how to make songs from any era and genre to go viral—and kids’ songs and videos (we’re looking at you, Baby Shark) have a history of becoming massively popular on the web. The latest song to see viral fame on the app is the 2005 tune “Castaways” from Nickelodeon’s animated kids’ show The Backyardigans. Over the weekend, it shot up to the top of Spotify’s Viral 50 chart—and many are crediting TikTok for the rise. In recent months, the song has been gaining traction as users featured it in their TikTok videos, and it exploded in the last week. Currently, the track has 266.7K videos—and the hashtag #castaways has 108 million views, while #thebackyardigans has 29 million views. The start of its virality can reportedly be traced to @swagsurff, who regularly “champions The Backyardigans musical canon” on the app. Her video featuring “Castaways” has received more than 578.7K views. Another user @saintkaisir shared a video, which received two million views, using the song earlier this week—that some have said have led to the bump in streams in the last week and a half. But since April, users have been making memes, parodies, remixes, and covers of (and featuring) the song contributing to “an unstoppable wave.” 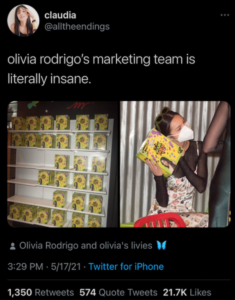 Olivia Rodrigo captured the internet’s attention at the beginning of this year when her debut single became one of the most-streamed songs in the world. Since then, the 18-year-old singer-songwriter has released two more songs and accompanying videos, which have garnered millions of streams across Spotify and views on YouTube. The music video for her angsty, pop rock song “good 4 u” (which came out last week) has garnered nearly more than 40 million views on YouTube so far, and is currently the number one trending video on the platform—and she finally dropped her full studio album Sour on Thursday night. Fans have been anticipating the album for weeks, and ahead of it Rodrigo built hype by launching a hotline for fans to call to listen to snippets of tracks. One of her songs even samples a song from fellow Gen Z and Millennial-favorite musician Taylor Swift. As of Friday morning, the hashtag #SOUROlivia was trending on Twitter and TikTok (with 438.5K views)—and Pop Crave reported that Rodrigo had surpassed Swift as the number one selling artist across all digital platforms. Another popular hashtag #oliviarodrigomerch is trending on TikTok, with more than one million views, as users showcase the things they want to buy from her album drop—including a shirt that is selling out at Target. One of the things that have fans especially excited is a collaboration between Rodrigo and Sour Patch Kids exclusively in their New York City flagship location—featuring a two pound box of their grape-flavored soft candy decorated with Olivia’s face. While the product hasn’t officially been sold on the brand’s site (yet), users have been sharing the news across social media platforms, like Twitter and YouTube, since the beginning of the week. Several fan accounts have shared photos of Rodrigo in NYC carrying the box, while others have revealed the shelves of boxes at the store. One tweet that featured the images received 21.7K likes and more than 1K retweets. The explosive popularity of Rodrigo in just a few months proves how she continues to be a star to watch—and that celebrity collabs are one of the best ways to capture young consumers’ attention. 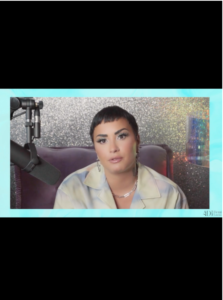 Demi Lovato Came Out as Nonbinary

Earlier this week, actor and singer Demi Lovato came out as nonbinary on an episode of their new podcast 4D with Demi Lovato—and will be going by the pronouns “they/them” going forward. During the segment, Lovato said that they have been doing some “healing and self-reflective work” that led to the decision to coming out as nonbinary. They also shared the news on an Instagram video, which has received more than three million views. In the post, they wrote: “I’m still learning and coming into myself, and I don’t claim to be an expert or a spokesperson. Sharing this with you now opens another level of vulnerability for me. I’m doing this for those out there that haven’t been able to share or they truly are with their loved ones.” Since the announcement, many fans have shown support for the former Disney star. A Gallup poll from February found that young adults are far more likely to identify as LGBTQ than older generations, while YPulse’s Finding Love Post-COVID trend report found that Gen Z is even more likely than Millennials to identify as LGBTQ. (YPulse will continue to explore the topic of these generations’ gender norm breaking in our upcoming Gender Blurring trend report coming out in July.) In recent months, many young celebrities have come out as LGBTQ: At the end of last year, Umbrella Academy star and actor Elliot Page came out as transgender, while JoJo Siwa came out as queer a few months ago. Meanwhile, Lil Nas X, who came out in 2019, fully embraced and celebrated being “unapologetically queer” in his massively popular song and music video for “MONTERO (Call Me By Your Name).” 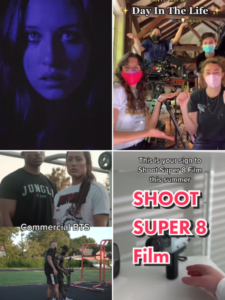 TikTokers are using the hashtag #filmmakersoftiktok (with 103.8 million views and counting) to showcase their best movie making skills.

Some users on TikTok are giving “What I Eat in a Day” diet videos a body-positive twist.

Millennials (and Gen Z alike) still love Shrek after twenty years—so much that they shut down a critic who dared speak ill of the big green ogre.

Disney+ and Marvel Studios’ WandaVision and The Falcon and The Winter Soldier swept the MTV Movie Awards.

The reign of Bridgerton continues: A “limited prequel series” spinoff centered on a young Queen Charlotte is already in the works by Netflix and Shondaland.

Issa Rae is leading the revival of the critically acclaimed Project Greenlight for HBO Max.

Ariana Grande got married in a “tiny and intimate” wedding ceremony—potentially fueling the pandemic micro-wedding trend even further.

Lil Nas X dropped his latest song and music video where he tells his younger self that “things get better”—and it currently has 1.1 million views on YouTube.

Meet your new Wednesday Addams: Jenna Ortega has been cast as the heroine in Tim Burton’s upcoming live-action series.