Gen Z & Millennials are sparring over hair parts and jean styles, a feta dish might be leading to a shortage of cheese, the #GorillaGlueGirl saga escalated before finally coming to an end, and the #FreeBritney movement is picking up again following a new documentary on Hulu—plus more youth news to end your week on… 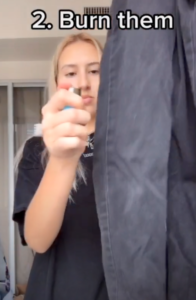 Gen Z & Millennials Are Fighting Over Side Parts & Skinny Jeans

We already told you how Gen Z really feels about Millennials, and now they’re going after their older counterparts yet again. This time they’re coming for their hair parts and denim choices. On TikTok, teen users have been spotted roasting Millennials for their side parts using the sound from @missladygleep’s video where she “asserts that that there’s no one who looks better with a side part than they do with a middle part.” The sound clip has generated 21.4K videos on the app so far, while the hashtag #middlepart has 134.2M views. Meanwhile, teens are also ragging on skinny jeans. It started when TikToker @momokhd (who has 54.4K followers) shared a video, that garnered millions of views, holding a pair of skinny jeans with the caption “Skinny jeans just aren’t for me but to each their own” as she shows examples of how to “style” them, which include throwing them away, burning them, or cutting them up to make something else. Soon after, other teens started sharing similar content as well as “transformation” pre- and post-pandemic clips highlighting how they prefer loose fitting pants in lockdown. Now, Millennials are responding across TikTok and Twitter with comments defending themselves, and saying they won’t take such criticism from the “tide pod eating” generation. Before the side part and skinny jeans blow up, tensions were already brewing between the two generations when Millennials were frustrated with Gen Z for referring to yoga pants as “flared leggings.” Gen Z also has recently been seen sporting under-eye circles, which infuriated Millennials who have spent most of their years trying to hide or get rid of theirs. However, if there’s any brand takeaways from this feud, is that when it comes to the skinny jeans versus looser fit jeans, the denim industry can work to shift their styles that can accommodate both types of young customers. 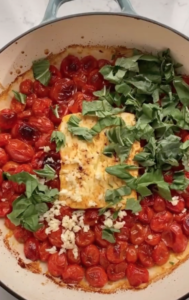 Food trends spread like wildfire on TikTok during quarantines —and they’re still thriving well into 2021. Now, a feta dish has gone viral on the platform in recent weeks, and could be impacting cheese sales. Made from cherry tomatoes, olive oil, salt, pepper, garlic, basil, pasta, and of course, feta cheese—many users are going “gaga” over how simple it is to make. The original dish, UuniFetaPasta, is reportedly a phenomenon in Finland and has been credited to Finnish food blogger Jenny Häyrinen, but young people have been referring to it as “TikTok Pasta.” According to The Washington Post, the baked feta pasta dish started going viral on the app user @grilledcheesesocial (who has 39.7K followers) shared a video of herself making it earlier this month garnering more than 8 million views. (In another recent video, she also credits herself as being the one who “brought the baked feta dish to America.”) In 2019, the dish was so popular that it allegedly led to a feta shortage in Finland when it first came on the scene, and some users have claimed on social media that they’re starting to see shortages in grocery stores across the U.S. too. So far, the hashtag #fetapasta has 393.1 million views, while #tiktokpasta has 19.5 million. 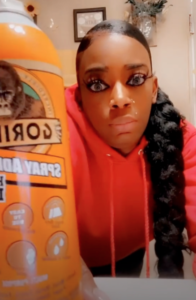 Last week, Louisiana-based Tessica Brown (who goes by username @im_d_ollady—and has 1.1 million followers) posted a video that garnered more than 5 million views, where she shared a hairstyle disaster story. She usually uses got2by hair spray to keep her style in place, but when she ran out, she opted for Gorilla Glue adhesive spray—which resulted in her hair being stuck in place for a month. She even showed how any attempts of washing it out with water proved to be unsuccessful. It escalated over the weekend when Brown informed followers that she was in the hospital to resolve the fiasco. Since then, she had to undergo a surgical procedure to remove what was left of her hair—finally freeing herself. Meanwhile, a GoFundMe that Brown and her sister even created has topped $20K. The doctor who performed the procedure offered to do it pro bono because he felt bad that Brown’s situation had gone viral. When the video first surfaced, users (and celebrities like Chance the Rapper) initially made jokes and poked fun at the situation, quickly making #GorillaGlueGirl trend, but many quickly showed support and sympathy as the situation quickly escalated and they noticed she was in pain. Some Black women even called out others for the initial lack of empathy or support: The View co-host Sunny Hostin tweeted out one of the stories about Brown’s visit to the hospital with the caption: “So many are being dismissive of #gorillagluegirl. Given the history of how black women are targeted and still battle the pervasive belief that our natural hair is unprofessional, unkempt, or in some way “a statement” pls show her some grace and understanding”— garnering 3,100 retweets and 25K likes along with other comments from Black women agreeing with Hostin. The whole scenario gained so much national attention that Gorilla Glue issued a statement on Facebook “wish[ing] her the best.” 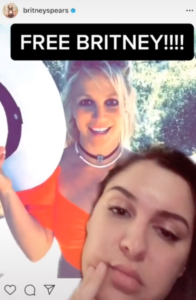 Thanks to A New Doc, the #FreeBritney Movement is Trending Again

Last Friday, Hulu and FX aired “Framing Britney Spears,” an episode the new docuseries The New York Times Presents, and now the #FreeBritney movement is all over social media (again). The episode chronicles Britney Spears’ rise to stardom in the ‘90s and ‘00s, and how the tabloid media and major players in the music industry led to her mental health struggles. It also touches on her ongoing legal conservatorship battle with her father Jamie. While the episode has stirred some feelings of nostalgia for Millennials of the beloved pop star, it also forced a “cultural reckoning.” Fans and celebrities like Sarah Jessica Parker, Kacey Musgraves, Hayley Williams, and Miley Cyrus expressed their support for the star as well as their anger at the way she’d been treated during that period. The episode’s airing also led to a resurgence of the #FreeBritney movement (which was started by devout fans in the 2000s), which has quickly taken over social media. The hashtag #FreeBritney trended on Twitter in the days after the episode’s premiere, while the same hashtag has 427.8 million views on TikTok. Yesterday, it was announced that Spears’ father lost a bid in court to have “sole control over her investments,” but remains a co-conservator. Meanwhile, the backlash also forced Justin Timberlake to apologize to Spears (as well as to Janet Jackson for the 2004 incident at the Super Bowl) for his hand in the misogyny that “vilified Spears for years.” (The quick outrage following the episode’s premiere highlights how young people today aren’t afraid to call out injustices like misogyny and abuse in specific industries—and really proves how powerful online movements (like #MeToo, #BlackLivesMatter) can be. Samantha Stark, one of the documentary’s filmmakers, told the NYTimes that “When Britney was being shamed for her sexuality as a teenager and stalked as a young adult, the gatekeepers to all these media outlets—the ones doing the shaming—were in their 30s, 40s, 50s. We as teenagers watched that happen. Now that my/our generation are a lot of the gatekeepers, we’re saying “no more.” 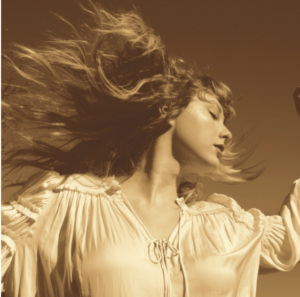 TikTokers are using the hashtag #valentinesDIY to show off their handmade presents and meals—and it already has 298.8M views.

A lawyer is going hilariously viral for accidentally using a cat filter during a live court hearing.

A TikTok astrologer is being accused of plagiarizing work from BIPOC astrologers.

Adults are ruining the launch of Pokémon and McDonald’s 25th anniversary Happy Meal promotions by buying up all the meals and reselling them—and leaving none for kids.