Match.com’s Very 2020 Love Story Ad Is Getting Millions of Views on The Viral List

Taylor Swift, Ryan Reynolds, and Satan made this dating app’s new add a hit, these Aerie leggings keep selling out because of one TikTok video, the social app revealed the most viral content of 2020, and fans and brands were quick to show support after Elliot Page came out as trans… 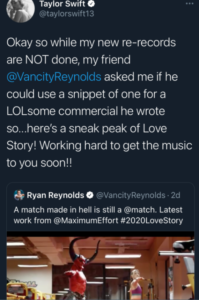 This week, fans got a sneak preview of Taylor Swift’s re-recorded songs—in a very unlikely place. Thanks to the help of actor and friend Ryan Reynolds, the Grammy Award-winning singer debuted a snippet of the newly rerecorded version of her 2008 hit “Love Story” on a Match.com commercial, which the dating service made in collaboration with Reynolds’ creative company Maximum Effort. Thanks to the celeb power, and a very 2020 love story, that ad has since gone majorly viral. Reynolds’ tweet (which Swift also shared) has garnered 6.4 million views, while his YouTube video has over 2 million. In the ad, a bored Satan in hell gets a notification on his phone that he’s received “a new match” and meets his potential partner: a young woman named “2020.” The pair spend a glorious year together in empty movie theaters, football stadiums, stealing toilet paper, and taking selfies with dumpster fires. Following the spot, Reynolds tweeted a follow-up Match.com ad (which received 541.5K views) with Satan and 2020 filming a testimonial on how their relationship has been going since they met. As dating changed in the pandemic, services and apps have been finding new ways to keep young daters’ interests—from ramping up their video chat functions to offering premium features for free or on a discount. What better way to capture their interest than to produce a humorous ad featuring a newly updated song from a Gen Z-favorite musician? 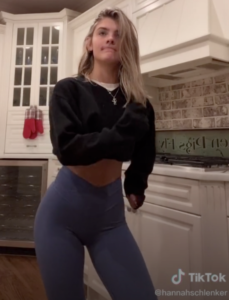 These Aerie Leggings Are Selling Out Thanks to One TikToker

Last week, user @hannahschlendker (who has 675.1K followers) uploaded a video of herself dancing to Justin Bieber’s “Drummer Boy.” The video has reached 5.5 million views—and the one thing that’s been drawing viewers? The light blue leggings Schlendker is wearing. The clip has more than 8K comments, many asking her where those leggings are from. Responding to the flood of questions, she told followers they were the “Offline Real Me High Waisted Crossover” leggings from Aerie. Soon after, online demand reportedly “hit the roof and they sold out very quickly.” Following Schlendker’s video, other users began sharing clips of themselves wearing the brand’s leggings with some giving rave reviews—and they became so popular that users on other social platforms like Twitter began talking about it too. This isn’t the first time a specific product has accidentally gone viral on TikTok leading to it being sold out: Earlier this year, Walmart’s Groge Men’s Regular Fit Jeans started trending after users started using the hashtag #walmartjeans to share themselves wearing the pants, and The Ordinary’s AHA 30% + BHA 2% peeling solution got the same treatment after one user shared her results of using the product. And it shouldn’t come as a surprise that young consumers are seeking out more legging options: Since COVID hit, they’ve been fueling the loungewear and athleisure industry. 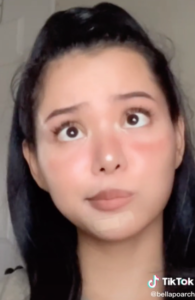 TikTok Reveals Their Most Viral Content of the Year

With 2020 finally coming to an end, the social app that saw enormous growth in young users this year just revealed their year-end roundup of their biggest videos, trends, and creators. The biggest viral video of the year? User @bellapoarch’s “hypnotic video,” with, where she is lip-syncing “M to the B” by Millie B to her 45.5 million followers. The song in the video quickly became an “anthem of the summer” (on top of the other songs of the summer that came out of the app). The second biggest viral video was Nathan Apocada (a.k.a @420doggface208) and the now iconic clip of him skateboarding to Fleetwood Mac’s “Dreams” while sipping on a bottle of OceanSpray cranberry juice. Other content that made the cut include Will Smith’s video in the “Wipe It Down” challenge and Julian Bass’ superhero special effects video, which ultimately grabbed the attention of Disney CEO Bob Iger. Meanwhile, top influencers included Charli D’Amelio (who became the first creator on the app to reach 100 million followers—despite some recent drama), Addison Rae, and Jason Derulo, whose “Savage Love” song was a mega hit on the app. The remix of Megan Thee Stallion and Beyoncé’s “Savage,” and Cardi B and Megan Thee Stallion’s hit single “WAP” also got honorable mentions. TikTok was already massively popular last year, but it’s become the star social app of 2020 as users flocked to it as a way to express themselves during a tumultuous time. 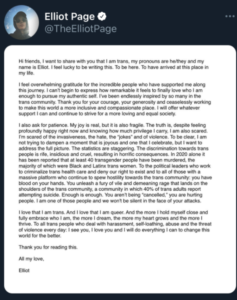 Elliot Page Came Out As Trans & Fans, Netflix Were Quick To Show Support

On Tuesday, 33-year-old actor Elliot Page (who stars in Juno and Netflix’s Umbrella Academy) came out as transgender on social media with a long, heartfelt letter which read: “I want to share with you that I am trans, my pronouns are he/they and my name is Elliot. I feel lucky to be writing this. To be here. To have arrived at this place in my life.” The post on Twitter received 1.8 million likes, and received nearly 4 million likes on Instagram. Fans, celebrity friends, and others from the LGBTQ community immediately showed outpouring support for the actor’s decision to come out. Following the news, Netflix quickly changed Page’s credits, and Variety reported that Page will continue to play the role of Vanya Hargreeves in the platform’s superhero hit series The Umbrella Academy. YPulse found that LGBTQ rights are a top cause that young people care about, and Netflix’s swift response just shows how much they support and care about their talent—and the issues that matter to Gen Z and Millennials. Page ended his letter with: “I love that I am trans. And I love that I am queer. And the more I hold myself close and fully embrace who I am, the more I dream, the more my heart grows and the more I thrive. To all the trans people who deal with harassment, self-loathing, abuse and the threat of violence every day: I see you, I love you and I will do everything I can to change this world for the better.” 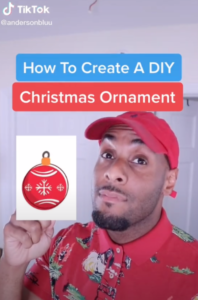 TikTokers are showing their life hacks and quick projects with #easydiy—which has 1.5 billion views.

Other users on TikTok are sharing their #homecooked meals with 1.4 billion views so far.

This TikToker is getting attention for showing up at expensive houses and asking people what they do for a living.

Drake is launching a scented candle line with one that smells just like him.

The “I am going to create an environment that is so toxic” meme is taking over Twitter again with users sharing their own variations.

Quibi may have officially shut down, but a fake reality show on the app “captured the internet’s curiosity.”