TikTokers can’t get enough of these jeans from Walmart, old songs are going viral on TikTok, antibodies are all the rage in the dating scene right now, and Beyoncé released her visual album on Disney+—and more stories and youth news you shouldn’t miss this week… 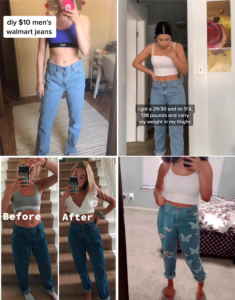 #WalmartJeans Are Trending on TikTok

TikTokers have been raving over jeans on the app lately, but not just any jeans. The George Men’s Regular Fit Jeans from Walmart to be specific. On TikTok, the hashtag #walmartjeans has racked up 6.8 million views. At only $10, its affordability is what’s drawing many users to make the purchase. And according to Teen Vogue “self-proclaimed TikTok connoisseur” Bianca Nieves, the baggy jeans give wearers’ multiple styles in one from the fitted mom jean to a loose boyfriend jean depending on their “preferred aesthetic.” While users can’t directly buy the popular pants through the app, social shopping is something that has been gaining traction during COVID, and TikTok just recently launched a “Shop Now” feature that could potentially push it further into the retail space in the future. And with the right hashtag and push by influencers, it could be beneficial for brands. Clothing after all are the top products they’ve purchased from online celebrities. YPulse’s Retail’s New Reality report found that 24% of 13-39-year-olds impulse bought something they saw in their social media feed during COVID. Another thing drawing young people to these jeans? According to Nieves, the pants make her look and feel like she’s coming “straight out of a ‘90s movie” and with nostalgia all the rage, it seems like the ‘90s revival is endless. 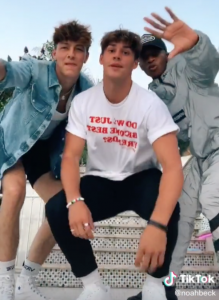 Songs from the 2000s Are Trending on TikTok

Taylor Swift may have gone viral last week for her surprise cottagecore-themed album that sold 1.3 million copies within 24 hours—but the Gen Z-favorite musician is trending for another reason. Thanks to a remix on TikTok by users @discolines and @ethanishung, her 2008 hit “Love Story” has been going viral and turned into a new challenge. For the challenge, which was started by @pokemonmasterzo (in his video that currently has 4.8 million views), users place their phone on top of something with wheels (like a skateboard) and when Swift sings “Marry me, Juliet,” they push the camera away from themselves and start dancing “provocatively.” Since then, others have made up challenges have been inspired by the track. So far, the song has 1.5 million views on the platform and numerous influencers (like former Sway House member Noah Beck whose video received 36.5 million views) have been partaking in it. But that isn’t the only song from the 2000s resurfacing on the app. In recent weeks, Lily Allen’s “Smile” has been trending on TikTok too. While the 2006 hit single was known to many as the “breakup anthem” during its time, it’s taken on a whole new meaning in 2020 and is now part of a new “genuine” dance trend. In a video that has 32.1 million views, user @zockjat posted himself happily dancing along to the song in response to “racists getting exposed” in light of the Black Lives Matters protests. So far, the #smilechallenge hashtag has 1.6 billion views. Using YPulse’s real-time data tool PULSE, we found that young consumers are actually more likely to be listening to  “older songs” right now than “newer songs.” While ‘00s nostalgia was already something young consumers were getting into pre-pandemic, it’s surged significantly in popularity during COVID as they crave something familiar to them. 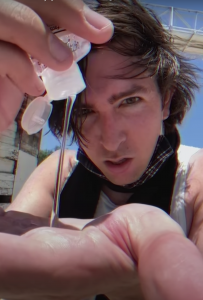 Antibodies Are Very In Right Now

Are you ready to welcome another song of the summer? On Wednesday, Emmy-nominated actor Nicholas Braun dropped a “quarantine-inspired” pop-punk song “Antibodies (Do You Have the)” along with a music video that has more than 167,893 views on YouTube and more than 72K views on Instagram. The lyrics start out gentle, with Braun singing “I want a girl whose blood’s got the stuff” before building into an “explosively emo” catchy chorus: “Do you have the antibodies / Do you want to be with me?/Do you have the antibodies?/’Cause if you don’t/you better stay away!” The Succession actor told Rolling Stone that the “paranoia and romance” that a lot of couples are experiencing during the pandemic is what inspired him to write the song. Prior to the song’s release, Braun shared a video on Instagram asking his followers if they wanted to work together, and called for more lyrics to add to the chorus of his “Antibodies” tune. While the song initially started out as a joke, Braun said a producer from A&R Records caught wind of his project and made the pop-punk version that is heard in the music video—with proceeds going to Cope and Partners in Health. Some of the collected fan collaborations are even highlighted at the beginning of the music video. Meanwhile, antibodies are also trending in dating apps. According to some users on Tinder, there has been an increase in users “bragging” about having antibodies, putting phrases and titles like “I have the antibodies for Covid-19 but I’m still afraid of catching feelings” or “Antibody boy” on their profile bios. Because of lockdowns and social distancing measures during the pandemic, the way young people date has changed significantly. 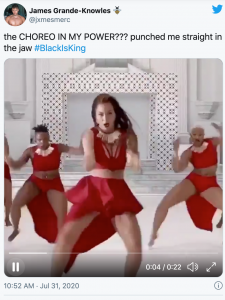 On Friday, Gen Z-favorite artist Beyoncé dropped her film, visual album, and overall “music experience” Black Is King on Disney+ and of course, the Beyhive is “losing it.” On Twitter, users can’t get enough and are using the hashtag #BlackIsKing to express their love for the project, with some even calling Beyoncé “the king.” The album is meant to be a “celebratory memoir for the world on the Black experience” from New York, Los Angeles, South Africa, West Africa, London, and Belgium. It features appearances from popular Black musicians and actors like Lupita Nyong’o, Pharrell Williams, former Destiny’s Child member Kelly Rowland, Beyoncé’s husband JAY-Z, and even her own mother Tina Knowles. Ahead of its premiere, Beyoncé “tantalized” fans with the release of a deluxe album of The Lion King: the Gift (which Black Is King is based on) as well as a music video for “Already” featuring Major Lazor and Shatta Wale, which has more than a million views on YouTube and is the #3 trending video on the platform. Ahead of its debut on Disney+, the streaming service released two trailers that garnered millions of views. Recently, Disney signed an exclusive deal with athlete Colin Kaepernick to produce “scripted and unscripted stories that explore race, social injustice and the quest for equity”—and Beyoncé has been using her platform to bring attention to Black voices. On Juneteenth, she dropped a surprise single that benefitted Black-owned businesses. YPulse found that 51% of 16-34-year-olds think brands can support Black Lives Matter by amplifying Black leaders and creators. 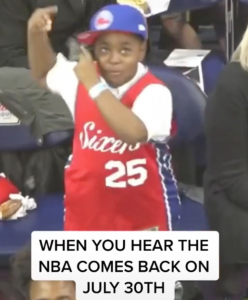 The NBA is back with a #WholeNewGame! Basketball fans on TikTok are showing their excitement for the return of the season.

Billie Eilish has released a new song and music video in quarantine (and it already has 6.7 million views on YouTube)

One Direction may not be together anymore, but their tenth anniversary prompted a 468% spike of their music on YouTube.

Zendaya, Stranger Things, and Baby Yoda are among the Emmy nominees this year.

Rihanna’s Fenty Skin products are already reselling on the web for over $400.