YPulse has been keeping tabs on young consumers’ desire to shop on social media, for some time. The majority (58%) of 13-37-year-old consumers tell us they are interested in being able to purchase items directly from social media feeds like Instagram, Facebook, Pinterest, and 81% believe if you are posting a social media ad, there should be a direct link to purchase. For years, social platforms’ have been slowly catching up with their desires.

Then, COVID came. (Points if you knew we were going to say that.) Quarantines and the retail shut down have forced the future of shopping to arrive on a much, much faster timeline. These last few months have not only accelerated ecommerce adoption, but sped up the development of social shopping tools as well. Now it seems not a week goes by without a new social shopping feature being added to Gen Z and Millennials’ favorite platforms. Here are just some of the major ways that social media has gotten more shoppable, in a very short time: 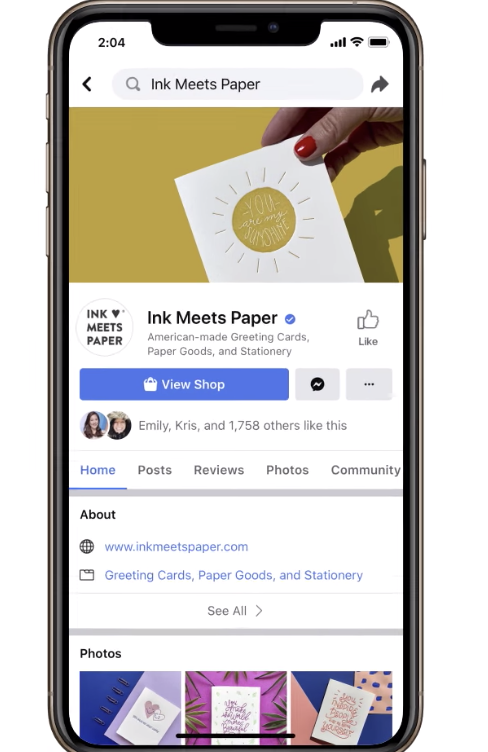 Facebook and Instagram just made impulse shopping on social media a lot easier. In May, the social networks began allowing users to browse and buy products directly from business pages and profiles. The new tools enable small and mid-sized businesses to create a “full-fledged Facebook Shop”—and according to TechCrunch, a million businesses signed up the week of the launch. The new shops will be featured on brands’ social profiles and shoppers will be able to place orders without leaving the apps, increasing the ability for young consumers to make quick impulse buys when they’ve been tempted by something on the platforms. Instagram Live has gotten incredibly popular with celebrities, influencers, and brands during the pandemic, and the new changes make those experiences more shoppable as well. According to Facebook’s announcement, “Soon, sellers, brands and creators will be able to tag products from their Facebook Shop or catalog before going live and those products will be shown at the bottom of the video so people can easily tap to learn more and purchase.” Facebook was reportedly inspired to launch the features in order to help small businesses who are struggling during the pandemic. 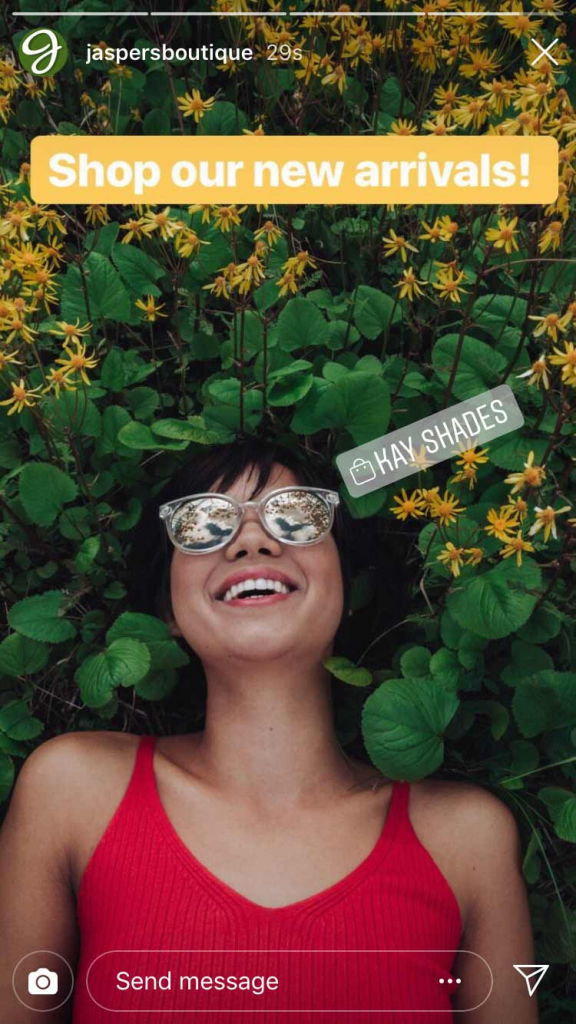 Facebooks Shops are just one of the ways that the platform has doubled down on social shopping during the pandemic. Over on FB-owned Instagram, it just got easier for influencers and creators to have “shoppable” accounts.  In May, the platform announced that it is loosening the restrictions for who is eligible for Instagram Shopping, which means influencers and creators will be able to sell products directly from their profile pages. Users have to apply and be approved before they can start selling, and the new rule requires that Instagram Shopping users have to link to a web store under their own domain name—so third-party ecommerce like Amazon will not be eligible. The news of the expansion comes as the social platform is unleashing a variety of social shopping features that hint at its move to become a “lucrative direct-to-consumer launchpad” for influencers. TechCrunch reports that the change could open the floodgates of creator and Instagrammer merch shops: “This could include musicians selling their merchandise, food bloggers selling their own cookware or any other creator that has at least one eligible product to sell.” 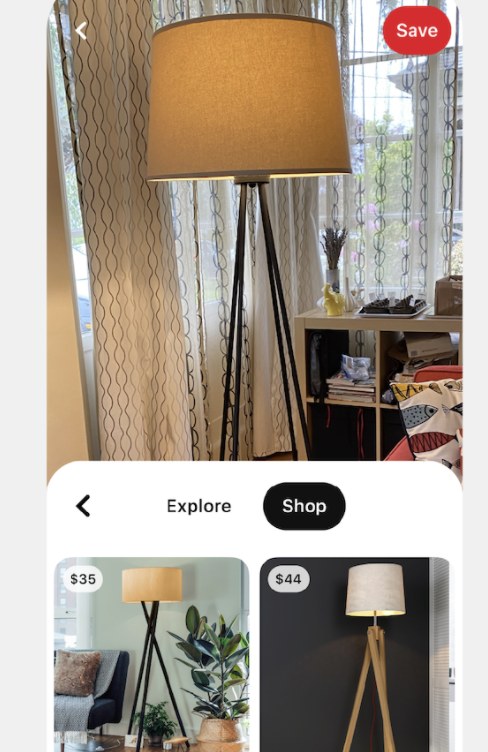 But not all the social shopping is happening on Instagram. Pinterest is also quickly integrating commerce into user experience—in multiple ways. In early June, the platform added a new shopping capability to their Lens visual search. Lens allows mobile users to scan products they see around them, and search for them on app. Now, their visual search results include a “Shop” tab that will allow them to browse shoppable results.The platform reports that 83% of Pinterest users have bought products based on brands they saw on its platform—and giving them more direct ways to buy could increase that already high number.  According to their announcement, “Around half of the items snapped through Lens belong to the fashion or home decor category. The top-shopped products with Lens are prints & artwork, shirts & tops, dresses, shoes, jackets, vases, mirrors, rugs, pants and throw pillows.” Making Lens results shoppable isn’t the only social shopping-advancement the site has made during this time: According to Pinterest, between March and April they saw a 191% increase in searches for the term “leftovers,” as well as spikes in searches for “cooking tips.” Now, the site will offer up shoppable ads that would allow users to buy ingredients from brands like Hormel Pepperoni and Stella Artois through third-party vendor sites—pushing social shopping even further into the future. 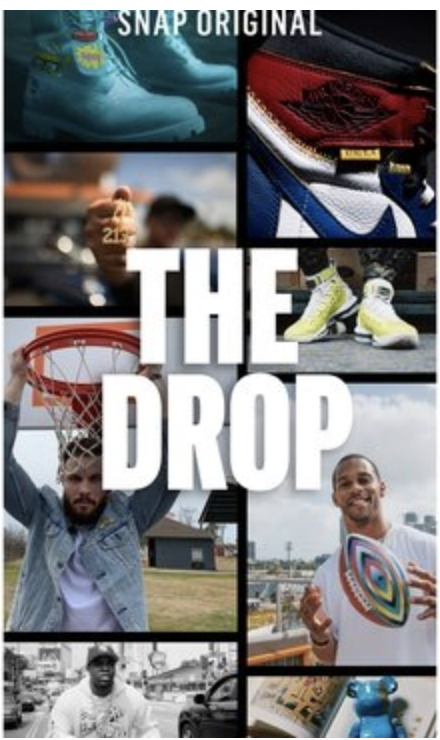 Snapchat is developing a “shoppable” show to sell limited edition streetwear. According to Variety, the new social series “The Drop,” created in collaboration with Gen Z shopping platform NTWRK, will give young viewers the opportunity to buy and choose from a variety of “exclusive streetwear collabs” from celebrities and designers who will be featured on the new unscripted series. The show is the first Snap Original that includes commerce as a part of its narrative. In each episode, the relationship between the designer and celebrity guest will be explored, while the audience learns about the items that are up for sale and at the end, a “swipe up to buy” CTA will pop up. The new show comes as social networks are increasingly unveiling and incorporating social shopping elements onto platforms. 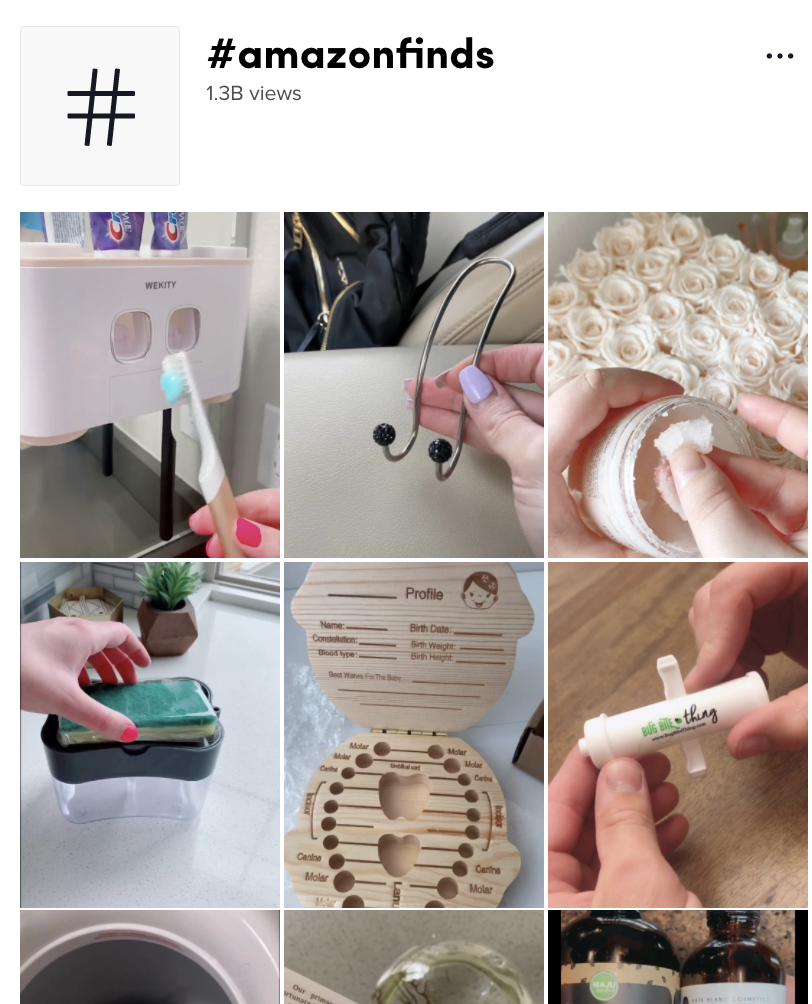 You didn’t think we’d leave TikTok out did you? When YPulse predicted what could be next for the platform at the end of 2019, shopping was on our list—and we’re seeing it happen swiftly. Glossy reports that TikTok is driving Amazon’s beauty sales,  as more indie brands have started launching shops on the platform. Memebox, who owns I Dew Care and I’m Meme, have been linking their Amazon shops to their TikTok accounts and using the hashtag #amazonfinds (which has received more than 720 million views) to their videos that feature a range of beauty tools from ring lights to face rollers and scalp massagers. Viral videos have also been a boon to some beauty brands: After a TikTok video went viral, Urban Skin Rx’s sales spiked by 150%, and The Ordinary’s sales jumped after a user posted a similar video. But on top of these user-generated sales, the platform is working to add official ecommerce capabilities for brands with a “Shop Now” feature. Levi’s is one of the select brands chosen as a TikTok partner to beta test the app’s upcoming shopping tool—and they’re reporting high engagement and increased site traffic. To drive that traffic, they partnered with various TikTok influencers who used the brand’s laser-powered 3-D customization technology to design their own denim. While the project began pre-pandemic, its launch coinciding with quarantine likely helped draw views on TikTok as well.