After a year of massive growth, these are the things that could be next for the trend-starting app that brands need to know…

This has been the year of TikTok. The app has grown like wildfire, attracted brands, started trends, and made headlines throughout 2019. According to The Verge, TikTok, run by Chinese company ByteDance, has seen “astounding growth” since launching in 2017, adding 500 million users so far this year, and reporting 1.5 billion users total. In the U.S., use jumped this year. In our October social media monitor, 20% of 13-18-year-olds told us that they use TikTok—up from 12% in February. That current user number rises to 35% among 13-17-year-old females. TikTok’s rise has been significant enough that the big names in tech are making big moves to combat the competition. Facebook acquired new app Lasso, and is building TikTok-like features into Instagram and Portal, while Google was in talks to acquire their own video app.

Along with its increasing popularity, TikTok’s cultural influence has grown enormously. It’s the new hub of viral content, with videos that originated on the platform creating memes and stars across the internet. The New York Times reports that TikTok clubs are the latest trend in high schools around the country. In teacher-approved clubs focusing on the app, students are watching popular TikTok clips, creating skits, imitating dances, and strategizing on how to become TikTok famous. And brands have found massive success marketing on the platform, where organic feeling campaigns—especially those featuring challenges and original songs—are going viral with young consumers.

The TikTok Effect is real, and there could be some big changes on the horizon for the platform thanks to its current success. Here are four things that could come next for the popular app, including new kinds of content, shopping, and big changes for marketers:

Getting Into Music Streaming

Music is at the core of TikTok’s content. The app was originally oriented around lip-syncing, and though the type of videos on the platform has exploded, it is still grounded in music. It’s become a bonafide hit-maker, with Lil Nas X, Sueco the Child, and Stunna Girl just a few examples of young artists who have become famous and gotten big contracts after going viral on the app. But TikTok has also made some previously forgotten tracks popular again, thanks to a large collection of music available to users for background in videos. Earlier this year,  Fast Company reported that Universal Music, Warner Music, and Sony Music were all negotiating for more money when their deals renewed, but TikTok didn’t think they shouldn’t be treated like a streaming service. But that might be exactly what lies in their future. Now, news is circulating that TikTok could be getting into the competitive music streaming industry, launching a service “as soon as next month” in India before coming to the U.S. Competition in the music streaming space is intense: Spotify’s stock recently took a dip after Amazon announced it will expanding its own free music service. But since young users are already finding and listening to music on the app, it could be a natural progression for them.

Shopping on the App

Shopping may be coming to TikTok. TechCrunch reports that the app has began testing social commerce, with some users able to add links to e-commerce sites on their profile bios and videos. The feature is currently limited to a small number of top creators, who have already been linking to Amazon pages, and their own merch. Opening the feature to influencers first indicates that the app could be planning to use creators as the major way for brands to infiltrate the app. But with brand accounts earning massive followers, it’s likely that they’ll soon have access to the tool as well. While Instagram already has a similar function, some have criticized its limitations. With TikTok sneaking into the territory, social media could get even more shoppable for young influencers and shoppers, and YPulse has found that 53% of young consumers already browse through social media for products they want to buy.

TikTok might be the home of teens’ favorite memes, but educational content could be a big part of its future. TechCrunch reports that the app just launched an educational program in India, one of its biggest markets, “to populate the platform with educational videos” via partnerships with edutech startups and other groups. According to TikTok, the move is a response to user demand, with over 10 million educational videos shared on the platform in recent months. (Not to mention the fact that educational content is more palatable to marketers.) Already, teens are posting historical lesson TikToks that are going viral, according to Time and BuzzFeed. Posted under the hashtag #historylesson, these short videos focus on a historical event and dramatize them—usually comedically, often with music, but viewers are still learning something. And those TikTok clubs mentioned earlier aren’t all about getting famous on the app; some are using TikTok for class projects and broadcasts. By partnering with startups, TikTok could accelerate educational content on the app, and turning to TikTok for homework help or more could become common for young consumers.

Marketers and influencers have zoned in on TikTok, and many have had great success on the platform. Big-name advertisers such as Ralph Lauren, Chipotle, Eos, Too Faced and Elf have already experimented with marketing on the platform, and brands and agencies are investing big money on TikTok via ad buys, partnerships, and original songs for the platform. But there is still a long way to go to making the app a more marketer-friendly platform. According to Digiday, as TikTok’s popularity soars, brands want its ad services to grow too. Apprehensive advertisers say that TikTok will need to scale up to fix problems like a buggy self-serve platform, few metrics, and unpredictable sustainability. TikTok has been making some changes recently to introduce new marketing tools. Adweek reports that developer documents reveal “rewarded video ads” and “interstitial video ads” are being tested in China and Japan. The ad types are deployed across an audience network—meaning marketers can target TikTok users when they’re on other apps and follow the coveted teen audience around their smartphones. Meanwhile, while working with TikTok influencers has been a go-to tactic for brands who want their content to spread, the cost of a successful creator campaign on the app could be going up. According to The Verge, influencers on the app still get paid less than other platforms, with brands getting “amazing reach” for a “fraction” of what they spend on Instagram and YouTube. But young creators with millions of followers are likely to start demanding more—and are getting more professional. Recently, United Talent Agency signed TikTok’s “Kombucha Girl,” a sign that more official deals and paychecks are on the horizon for the young and TikTok famous. 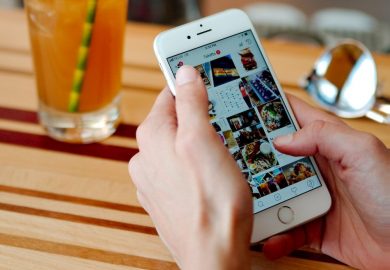 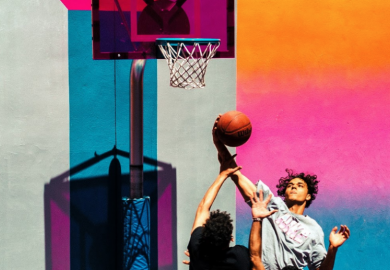