Stop the Rainbow-Washing: How Brands Are Marketing During Pride the Right Way

When it comes to Pride Month marketing, Gen Z and Millennials are on high alert—here are the brands doing it right…

According to YPulse research, LGBTQ (Lesbian, Gay, Bisexual, Transgender, Queer) Rights is one of the top social causes that young people are passionate about. These generations have helped to usher in new attitudes about the LGBTQ community—and our ad/marketing effectiveness survey made it clear that many want brands to support the community as well, with 48% saying it’s positive if a brand features a same-sex couple in an ad. These shifts have led more and more mainstream brands to publicly come out in support of LGBTQ people and causes–especially during Pride Month. But they face backlash if it’s not done right.

Last year, we warned that brands should watch their marketing around Pride month, as brands are increasingly accused of “virtue-signaling” and “rainbow-washing”—or slapping rainbows on corporate logos and making statements support of the LGBTQ+ community without taking any real action. AdAge even published an extensive list soundly rebuked brands for making one-off products and posts accused of pandering to, rather than promoting Pride. Young consumers, especially young LGBTQ consumers, are not afraid to call out brands for “co-opting Pride” for profit.

That’s not to say brands can’t do it right. But they must pay attention to what consumers actually want—and these are generations that not only want transparency in their marketing, but to see brands take very clear actions to back up their statements of support. This year, Pride Month is also the month that millions of young people have taken to the streets to protest police violence and further the Black Lives Matter movement, and their expectations of the ways that brands handle these two events have a lot in common. The recent #BlackLivesMatter brand controversies have proven that young consumers will not be placated by graphics and empty promises. Brands should know they need to be specific by acknowledging the history that has led us to this point, the actions that can be taken next, and proof that they’re allies for the long-haul, not a marketing minute. Replace emotional language with actionable steps of how your brand will address the issues that young consumers feel are affecting them most right now. Here are three brands with transparent and actionable marketing that shows Pride marketing doesn’t need to be rainbow-washing: 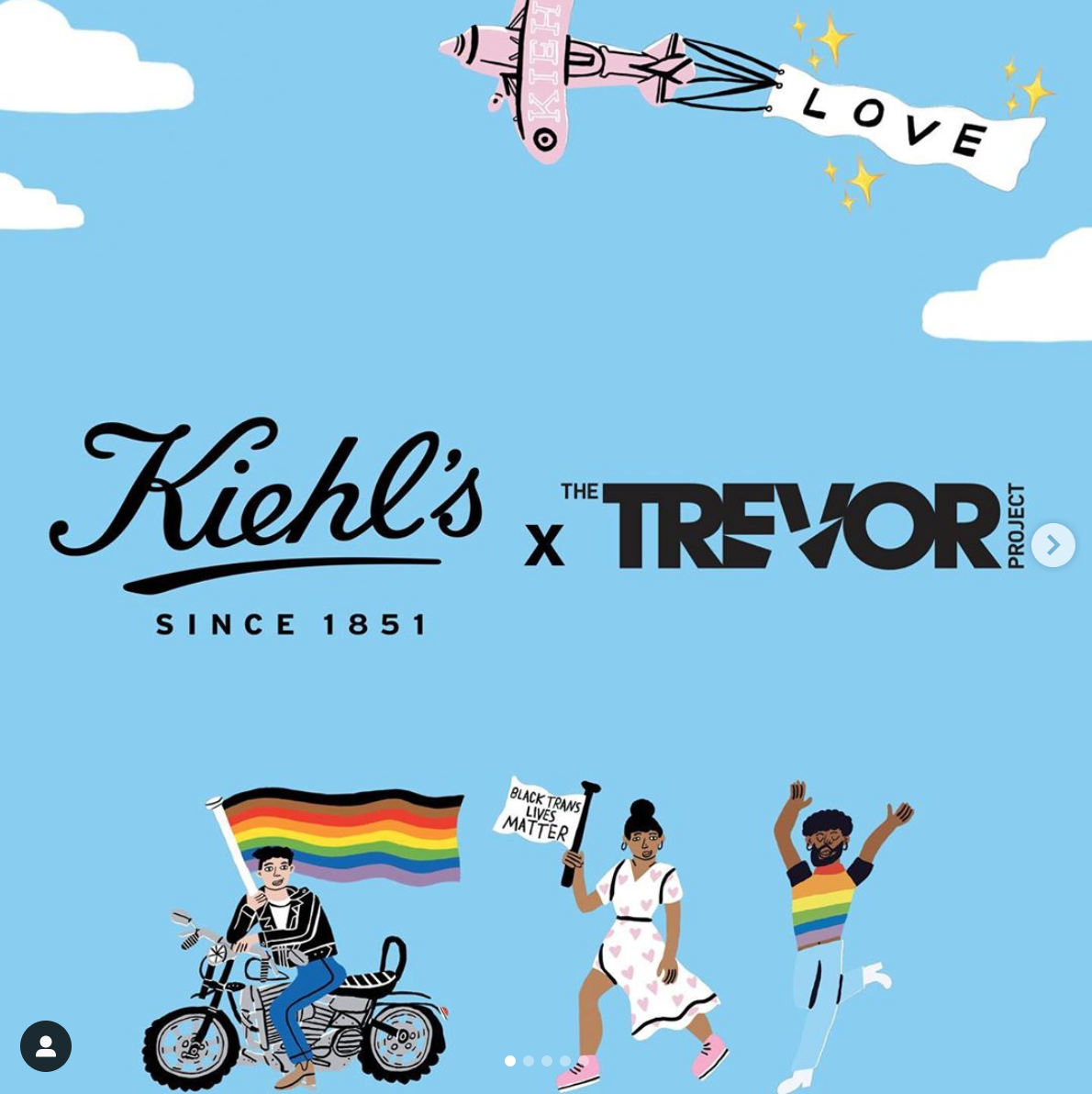 Kiehl’s is an excellent example of cause-based marketing in a time when young consumers are careful to purchase from brands whose CSR they believe in. The beauty and skincare brand has sponsored NYC Pride since 2010 and has participated in the parade for 17 years, but they’re raising the bar this year. While the brand originally planned many virtual celebrations for Pride, they quickly pivoted and postponed in order to give the appropriate respect to the Black Lives Matter movement and protests. In addition to their original pledge of $100,000 to The Trevor Project, the world’s largest crisis intervention and suicide prevention organization for LGBTQ young people, Kiehl’s recently announced a long-term partnership with the nonprofit, with plans to “make a positive impact through funding, awareness and resources that can help change [LGBTQ+ young people’s] lives for the better.” The brand’s Instagram is also sharing not just rainbow imagery, but important facts about LGBTQ youth and mental health with calls to action directing readers to The Trevor Project. 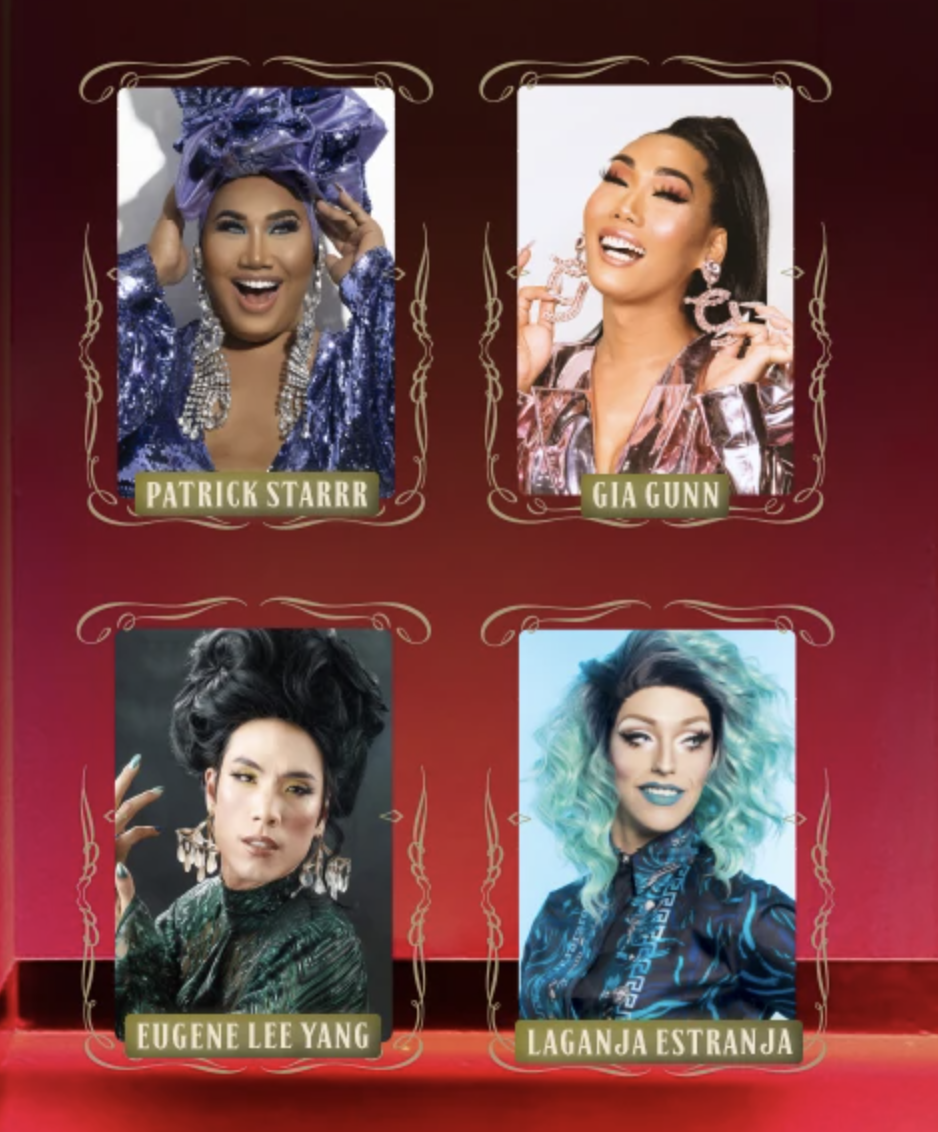 Jack Daniel’s Tennessee Fire has a Pride campaign that “blends two Millennial food trends” with a generous dose of social good. The brand is releasing “DRAG QUEEN MUKBANG” a short YouTube series that brings drag queen brunch to the internet sensation of mukbang (videos of other people eating), and features drag stars Patrick Starrr, Gia Gunn, Eugene Lee Yang, and Laganja Estranja. But it’s not all for fun and content. According to their press release, each video will address the very real financial hardships that the drag community faces in the wake of COVID-19. To take it beyond talk, “Jack Daniel’s Tennessee Fire has also partnered with GLAAD and various local nonprofits across the country” to support LGBTQ+ community.” The series microsite also lists, and links to, the organizations that each host is supporting with their involvement. Estraja states, “My fellow queens and I applaud Jack Daniel’s Tennessee Fire for shining a light on the community during these challenging times and using this series to support organizations like GLAAD.” The brand comes with receipts that they are not showing their support just for the moment, stating “Jack Daniel’s parent company Brown-Forman has received a perfect score for 10 consecutive years on the Corporate Equality Index, a national report on corporate policies and practices related to LGBTQ+ workplace equality.” The campaign is a great example of how fun can be blended with serious issues that matter to the community, and brands can show that they’re supporting in a real way. 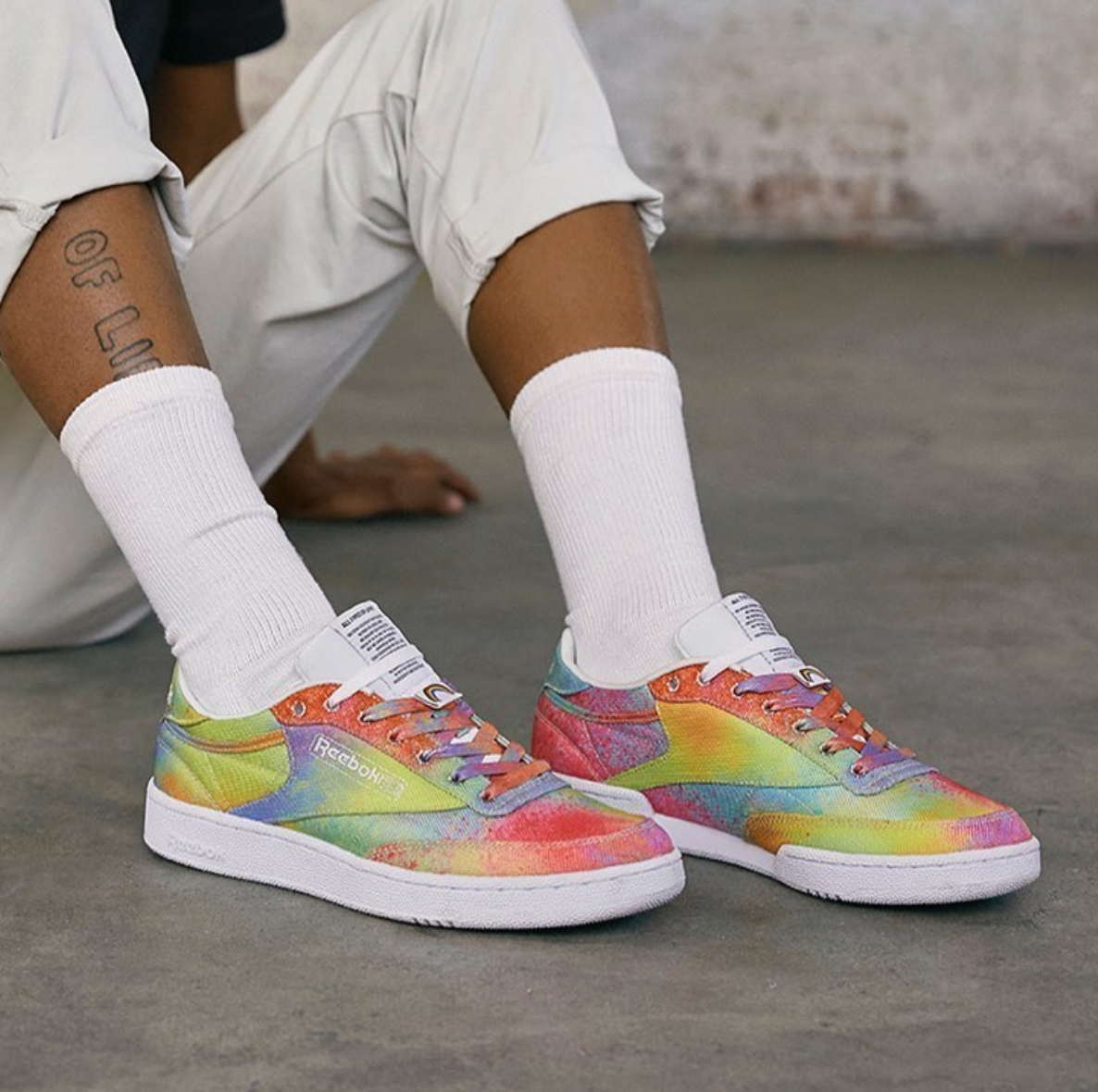 Reebok, also a Gen Z and Millennial athleisure favorite, has released a collection called “All Types of Love ” with a supporting campaign called “Proud Notes”, which features activists and influencers in the LGBTQ+ community. More noticeably, the brand is donating $75,000 to the “It Gets Better” project, a global LGBTQ+ outreach program, and features the history of the Stonewall Riots on the landing page. Young consumers want brands to show up in a real way, and to clearly acknowledge the reason that the support is needed in the first place. By going in-depth about Pride and the associated struggles and history for the LGBTQ+ community, Reebok is taking the causes that young consumers are passionate about seriously, which feels more genuine to their audience and will make consumers feel good about supporting the brand. It’s important to remember that young consumers are more open to marketing than you may think. Focus on the marketing strategies that ultimately create new entertainment and media for them to consume while actively supporting the causes that they are affected by every day.