A vegan influencer is lifting up people’s spirits with her recipes and positive videos, two of TikTok’s hottest songs gets a remix thanks to Beyoncé and Nicki Minaj, quarantined young consumers can’t get enough of these AI-powered “absurdist” memes, and viewers are already in love with Netflix’s newest teen comedy—plus more stories and youth news you shouldn’t miss this week… 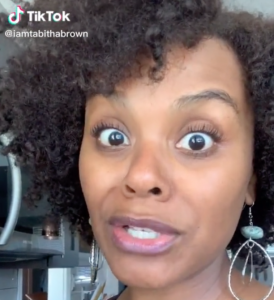 Vegan influencer and actress Tabitha Brown just joined TikTok in early March, and she’s since captured the hearts (and stomachs) of 2 million followers with her quick vegan recipes, cooking tips, playful moments with her family, and words of wisdom and positivity. In one of her most-watched TikTok videos (which has 4.3 million views) she’s heard saying: “You need a hug?” Her fans have described her voice as “calm and magical.” YPulse’s COVID special report on entertainment found that 67% of quarantined 13-39-year-olds are watching more uplifting content—and Brown is delivering. She’s gotten so much attention that CAA signed her earlier this week. Before joining TikTok, the 41-year-old aspiring actress was securing guest spots on shows like Will & Grace and Switched at Birth. But she really got her first taste of content creation in 2018 after her Facebook video about a vegan sandwich from Whole Foods went viral, inspiring a challenge where others also got the sandwich and recorded their reactions. It was Brown’s daughter, Choyce, who encouraged her to join the app back in March. In the first few videos on Brown’s account, she’s seen doing the popular “Renegade” dance with her family, while another shows Choyce “trying to teach parents how to use TikTok” in a video that has 995.1K likes. As lockdowns continue, the app has been the breakout social platform of the pandemic. Gen Z has been getting their parents to join, looking for quick recipe videos, and finding pure content on the app to get them through COVID. 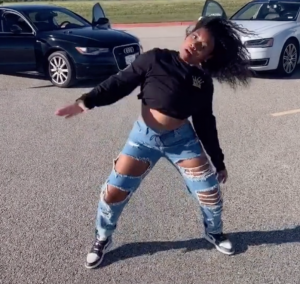 Artists Doja Cat and Megan Thee Stallion are no strangers to TikTok—their songs have inspired some of the hottest and most well-known viral dances on the app. Doja Cat’s “Say So” has 19.8 million videos, while Megan Thee Stallion’s “Savage” has 19.2 million videos (and her track “Hot Girl Summer” took over summer ‘19). Both songs have become so big that they’ve even attracted the attention of mega popstars. On Wednesday, Megan Thee Stallion and Gen Z favorite musician Beyoncé dropped a remix of “Savage” that already has more than 7 million views on YouTube (and is the #1 trending video on the platform). The Houston-based musicians said proceeds from the track will go toward COVID relief efforts in their hometown. In it, the Lemonade singer raps new verses in addition to Megan’s familiar chorus. Queen Bey even name drops social platforms TikTok and OnlyFans in her verse: “Hips tik tok when I dance / On that Demon Time, she might start an OnlyFans” she says. OnlyFans even responded saying that “Beyoncé, and any artist, are welcome to join OnlyFans at any time to foster a deeper connection with their fans.” The original creator of the “Savage” dance, Keara Wilson (@keke.janajah) unveiled a new dance to the remix, which has received 871.2K likes. Meanwhile, Doja Cat dropped a remix of her “Say So” with the help of Nicki Minaj. She announced the news on a Twitter post that received 60.2K views. With both remixes dropping in the same week, some are calling it “The Dawn of TikTok Remixes.” As TikTok continues to be the most popular spot for quarantined Gen Z, other well-known artists like Drake have utilized the app to promote new music. 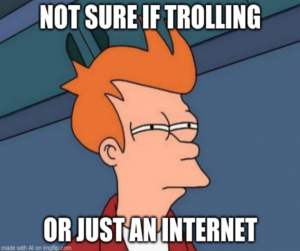 Memes have been helping young consumers cope with COVID, and now they’re sharing absurdist ones made by robots. Imgflip, known for its customized memes and GIFS, developed “This Meme Does Not Exist” using AI technology (the same kind behind deep fakes) to create new captions for 48 of the most popular meme templates. While This Meme Does Not Exist has been around since last year, it got renewed attention this week when a tweet from cartoonist K. Thor Jensen (@kthorjensenwen) went viral, receiving nearly 80K likes and sharing some of the AI-generated memes. Since then, other Twitter users have been sharing the robot-made memes ranging from the “Not Sure If” meme to Distracted Boyfriend and the Drake “Hotline Bling” meme. 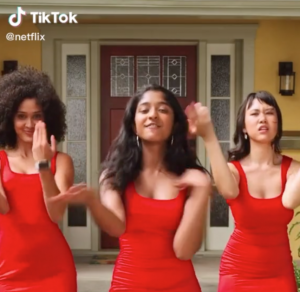 Everyone Is Watching Netflix’s Never Have I Ever

On Monday, Netflix dropped Mindy Kaling’s new teen comedy series Never Have I Ever which centers on Devi (played by newcomer Maitreyi Ramakrishnan) as she navigates friendships, love, high school, and the overall “complicated life” of growing up as a first-generation Indian-American teenager in California. The series, which is loosely based on Kaling’s teen years, instantly became a hit. Some are calling it Netflix’s “best teen comedy to date” and fans are praising its realistic portrayal of Indian-American teens. By Friday, the show was #1 on Netflix’s “Top 10 in the U.S. Today.” Along with the premiere, Netflix launched #NeverFitIn—a sponsored hashtag on TikTok that features a dance (and the song “My Fit” by artist Mad Circuit) that the main characters from the show do in an episode. Since launching, the hashtag has received 3.3 billion views on TikTok. During the pandemic, Netflix has been emerging as a winner of the ongoing streaming wars as young viewers’ media consumption continues to be impacted. Earlier this month, the brand announced they added nearly 16 million subscribers since the beginning of the year and their reality show Love is Blind and docuseries Tiger King. Prior to COVID, Netflix was already on the path of bringing back “the teen movie” and films like To All The Boys I’ve Loved Before and its sequel became some of the streaming service’s most popular and anticipated films.  YPulse’s COVID-19 research found 13-39-year-olds’ Netflix use has been steadily climbing while in quarantine. 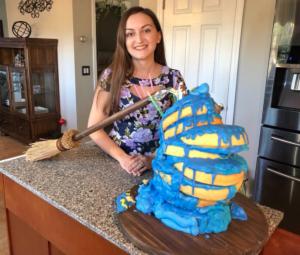 A brother replicated the cake from Sleeping Beauty for his sister’s birthday—and the result is uncanny.

“It’s Gonna Be May”: NSYNC teamed up with Spotify and Apple Music to put their own spin on the popular meme based on their hit single.

Justin Bieber and Ariana Grande are collaborating on a new song to raise money for COVID relief.

Everyone can pull off thigh-high boots thanks to the “sexy legs” meme.

Here’s How Social Media Is Competing with TikTok in 2021
TikTok’s short-form video format has taken over young users’ social feeds—here’s how ot...
A Burger Chain With No Locations Sold 1M Sandwiches in 2 Months on The Viral List
MrBeast Burger has sold a million burgers, Popeye’s is clapping back at Taco Bell over ...
All the Ways Gen Z Is Bringing Back The 2000s
The 2000s are being revived, as Gen Z brings back styles and accessories you might have...