How Netflix Is Bringing Back the Teen Movie 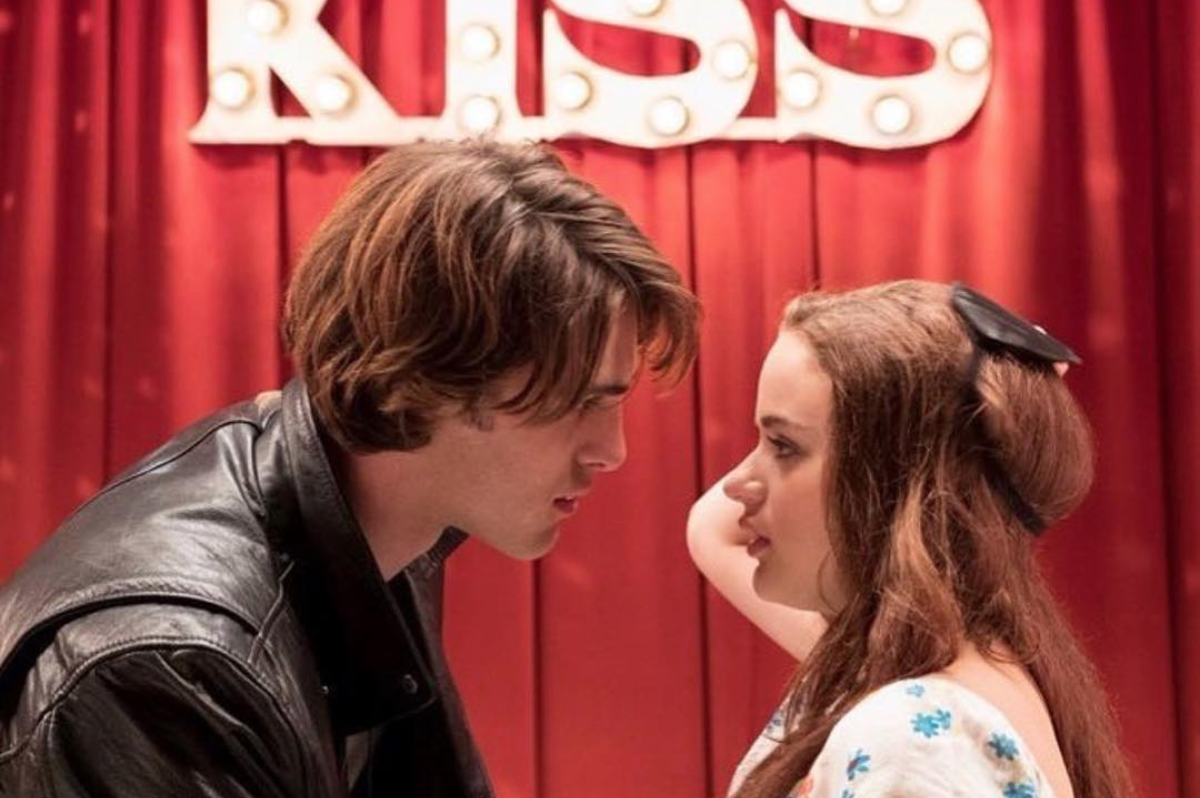 For years, teen movies all but disappeared—but now we’re seeing a return of the genre, with Netflix at the helm, and Gen Z can’t seem to get enough…

For some time, teen movies have been missing, and Gen Z has been growing up without their own iconic coming-of-age, high school films. In 2014, we wrote about the staying power of Mean Girls, and had this to say about why the film continued to be a cultural touchstone, ten years after coming out:

“In the decade since [Mean Girls’] release, no other teen movie has come out that teens (teen girls in particular) have been able to adopt and celebrate in the same way. The Twilight and Hunger Games films have drawn in passionate and enormous fan-bases, but they aren’t films about real teen experiences, and so they haven’t been rehashed and spliced into Millennial culture on a regular basis. Their fantasy roots make them powerful franchises, but not ones that necessarily reflect the lives of their viewers in a powerful enough way to have as much of a lasting effect. The staying power of Mean Girls might speak to the quality of the film, but it also speaks to the dearth of quality teen vehicles in the last decade…Perhaps Mean Girls continues to be watched and referenced with regularity because teens haven’t been given another film that resonates as well. Despite its simple storyline, the movie has not been usurped as the reigning teen classic, and that could be a sign of a major missed opportunity.”

In the years since, this has remained true, leaving us wondering, where did the teen movie go? (Though we knew part of the answer: the disappearance of mid-budget films in an era of big-budget tent pole franchises and superhero overdosing.) Take Seventeen’s recent post, 20 Best Teen Movies Every Teenager Must Watch Before Turning 20. The majority on the list (15 out of 20) came out before 2010—way before the current crop of teens were, well, teens. Even recent films potentially intended for a teen audience haven’t quite fit the teen movie success story. This summer’s Blockers, ostensibly a movie about three high school girls going to prom and vowing to lose their virginity, was called “the girl version of American Pie.” But the film was really focused on the parents of said high schoolers, showcasing the far-more-famous faces of John Cena, Leslie Mann, and Ike Barinholtz, but pushing the actual teens out of the spotlight. 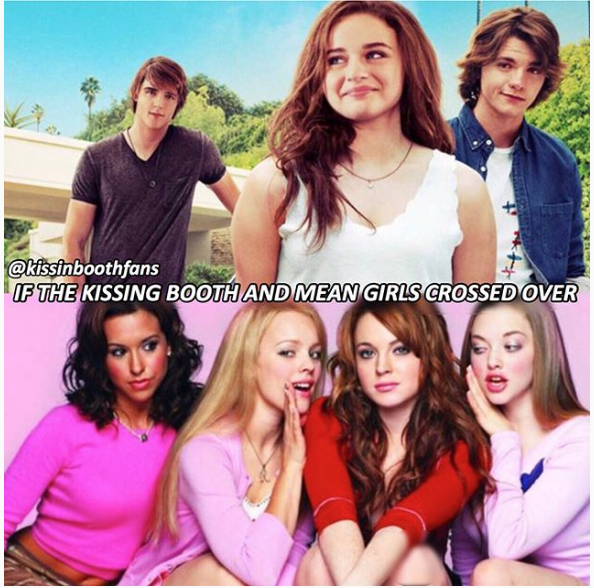 But now, the teen movie is having a major comeback moment, thanks in large part to Netflix. Number one on that recent Seventeen teen movie list is The Kissing Booth, the Netflix original film that has become a summer sensation and is helping to revive teen films, without the box office. In June, the teen rom-com became the fourth most popular movie in the United States, according to IMBD. Netflix’s chief content officer called The Kissing Booth, “one of the most-watched movies in the country, and maybe in the world.” The New York Times called it “the Movie Hit of the Summer.”

Not all headlines have been so kind. Though the intended audience (teens, of course) are embracing the movie wholeheartedly, it has been received poorly by critics. A few other headlines include, ‘The Kissing Booth’: Netflix’s Teen Comedy Sensation Is Sexist and Outdated, and How ‘The Kissing Booth’ became a pop culture sensation (even if critics hated it). The movie has a 14% score on Rotten Tomatoes and has been called out for many cringe-worthy moments. So why is it such a sensation? The audience’s hunger for a movie like it has outweighed its flaws, by far. Teens love the movie, and it’s clearly filling an empty space in their entertainment worlds. UPROXX, echoing our 2014 assertions about Mean Girls, hypothesizes that it’s the light-hearted movie teens needed: “This generation of teenagers doesn’t yet have a defining teen flick like Clueless, Breakfast Club, or Mean Girls, and most of the teen movies that have broken through (Fault in our Stars, Lady Bird) have been heavier, more dramatic affairs.”

Netflix and the young cast of The Kissing Booth have supported this idea. Netflix’s director of independent film tells The LA Times that though the streaming giant has explored teen content via series, this was their first foray into teen moviedom, explaining that The Kissing Booth, “felt like an interesting, underserved spot between younger YA and edgier teen fare.” The cast calls it, “a throwback to the kind of teen movie the film business rarely makes anymore – ‘like if ‘She’s the Man’ and ‘Mean Girls’ had a little, bitty baby.’” In fact, the lack of classic teen movie content is what inspired The Kissing Booth’s author, who told the New York Times, “’When I first wrote the story, ‘Twilight’ had become popular and all of the young-adult stories I could find were paranormal romances…I just really wanted to read a regular high school romance, and when I couldn’t find that, I wrote my own.” 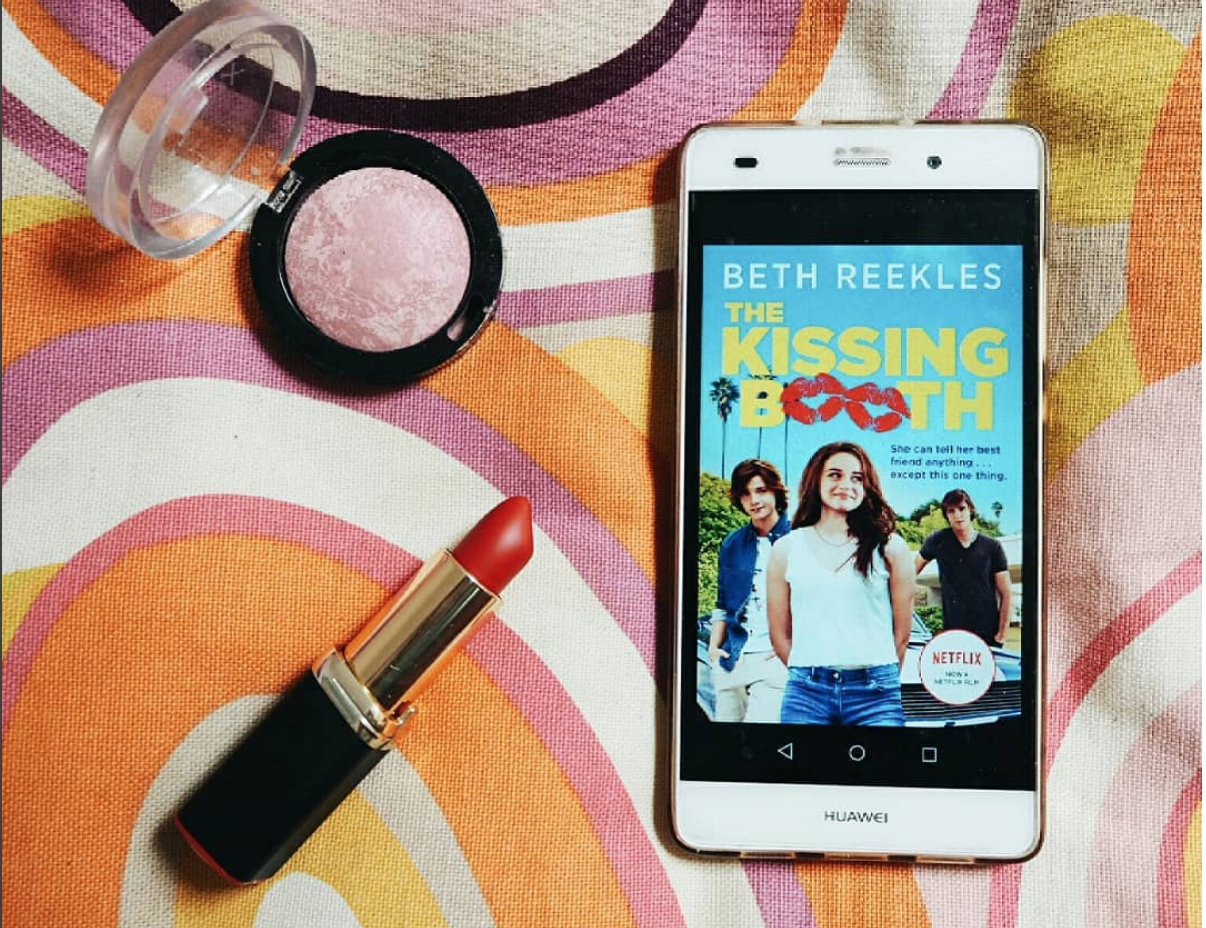 It’s probably helped that the film’s leads have started dating in real life, causing their on-screen romance to turn into a real-life ship. But The Kissing Booth’s fan Instagrams and Tumblrs are full of gushing praise that indicate the audience was looking for a wish-fulfillment teen vehicle they weren’t finding elsewhere. And they’re begging for a sequel.

Though it’s not clear if they’ll get their wish for The Kissing Booth 2, Netflix will happily continue to fill that “underserved” teen movie space. Their soon-to-be-released Netflix teen film To All The Boys I’ve Loved Before is also drumming up excitement. Of course, they’re not the only ones seeing the opportunity at hand. According to The Hollywood Reporter, Amazon is beefing up their YA programming to lure young viewers to their streaming platform. They’ve acquired Panic, The Wilds, and College, all YA books that bring a young fan base with them. An Amazon Studios exec said that they are “actively pursuing projects that spark conversation and co-viewing,” an appeal to a growing trend in the way teens watch content together.

Meanwhile, Hollywood is tapping Wattpad, whereThe Kissing Booth first found popularity, for original content. The story-sharing site and app draws in over 65 million unique monthly visitors, most of whom are 13-35-years-old. The Kissing Booth’s author was just 15 when she posted her story, which was read 19 million times before Netflix picked it up. According to  Vulture, Hulu, The CW, and Universal are all looking to Wattpad’s community, leveraging the unique ability to gauge readers’ reactions—meaning that studios can stop “operat[ing] on hunches,” according to Wattpad’s CEO. 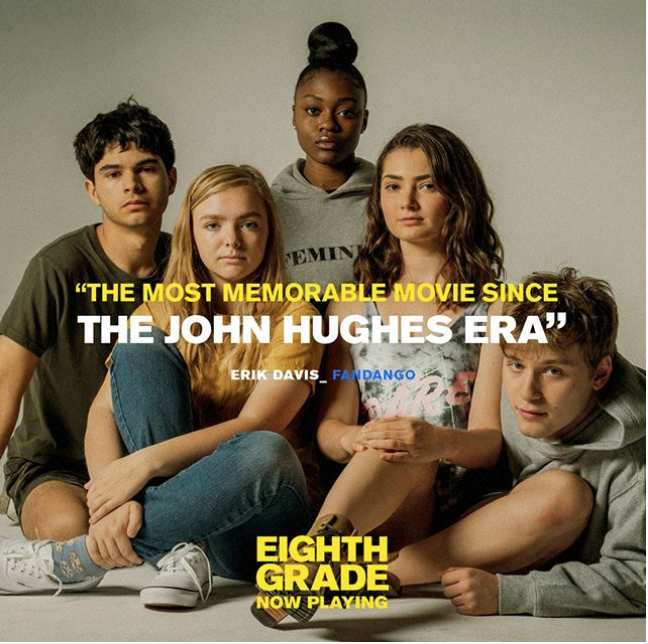 2018 has also seen a return of the teen movie to the big screen. Love, Simon was lauded earlier this year as the first teen romance with a gay protagonist. More recently, Eighth Grade has been winning critics and viewers over for its “sensitive” portrayal of the most awkward year of adolescence and for deftly capturing what it’s really like to grow up with social media. YouTuber Bo Burnham’s directorial debut doesn’t fall back on social media-obsessed teen stereotypes, instead showing the angst of the age, acne and all. The film was a darling at Sundance, with critics calling it “a damn delight” as well as “heartbreaking, heartwarming, and a total charmer.” It has a 99% fresh rating on Rotten Tomatoes, and has set an indie movie record for 2018 with the highest-grossing per screen average.

Though the cast claims that Eighth Grade is not actually a teen movie, its honest, real portrayal of teens has the potential to appeal to real teens, who are clearly excited to watch characters their age who aren’t vampires or murderers. The teen movie is having a resurgence, and hopefully, it’s an opportunity that major media players won’t miss this time around.