How TikTok Made White Claw Slushies the Drink of COVID, on The Viral List 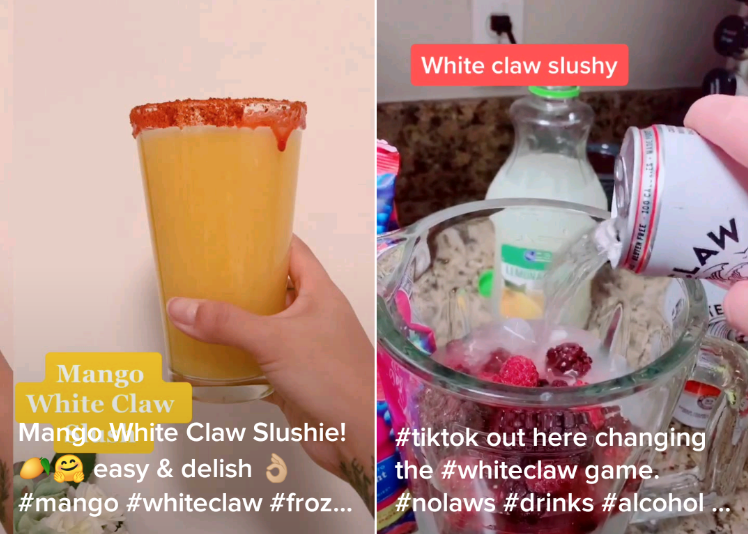 TikTokers are making White Claw slushies, fans in lockdown are paying homage to The Office, memes are helping users cope with ‘Rona, virtual prom season is here, and an Ulta employee has made the brand go viral—plus more stories and youth news you shouldn’t miss this week… 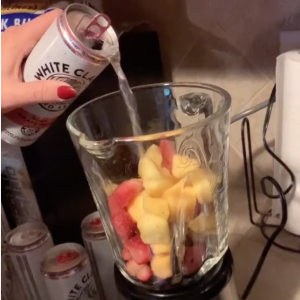 If White Claw was the drink of the summer, does that make White Claw slushies the drink of COVID? This week, the new mixed drink concoction took over TikTok as users posted and shared videos of themselves making the creative beverage. According to PopSugar, the formula is a simple “choose-your-own-adventure” where you can mix and match any hard seltzer flavor, frozen fruit, and hard liquor. A video from user @laurlaurr9 that received 4.5 million views shows her making a slushie with raspberry flavored White Claw, ginger ale, vodka, and ice. Users like cocktail maker Armeta Sidhu (a.k.a @spritzandspice on TikTok) have also been using the hard seltzer brand to make other drink concoctions like margaritas and gin & tonic cocktails. Pre-COVID, our nightlife and drinking survey found that hard seltzer was already a favorite of Millennials, and Motley Fool reports they’re still drinking hard seltzer in “massive quantities” during Coronavirus.  According to industry site Brewbound, hard seltzer sales surged 327% in the four-week period ending March 28. Data from IRI found that hard seltzer accounted for over half of the top 15 growth brands in the beer category, with White Claw and Boston Beer’s Truly leading the way. We’ll call it the quarantine slushie effect. 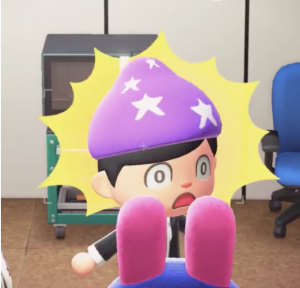 Even in Lockdown, Fans Cannot Get Enough of The Office

Animal Crossing: New Horizons and TikTok continue to be virtual hot spots for young consumers to hangout during quarantine—and pay homage to their favorite content. Earlier this month, Twitter user @_baoluu got creative with his New Horizons island by transforming it into an almost exact replica of the Dunder Mifflin office organizing the vending machines, chairs, tables, and more familiar-looking furniture to recreate the conference room and break room. He then recreated the popular episode featuring “Prison Mike,” and shared it in a tweet that has garnered nearly 116K views. In another video with 279K views, he reenacted the famous “Stress Relief” episode featuring the “Stayin’ Alive” resuscitation scene. Then, TikTok musician @williamstgoldsmith shared a video this week—that’s been viewed over 4 million times—of himself recreating The Office’s catchy theme song in 10 different genres. from country to reggae to metal. This week, NBC and producer Michael Schur also revealed they’ll be releasing a reunion episode Parks and Recreation to raise money for Feed America during the COVID crisis. YPulse’s Content Cure research found that The Office and Parks & Recreation are two of the top shows that Gen Z and Millennials turned to when they’re stressed. 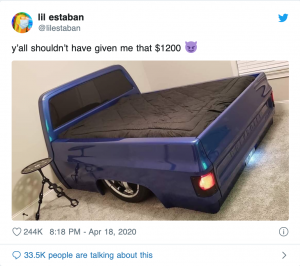 These Memes Are Helping Gen Z & Millennials Laugh About ‘Rona

And of course, The Office is taking over COVID-related memes as well. As lockdowns continue, memes have been a major coping mechanism, to deal with COVID topics. Take the *stares directly into the camera* meme, which has been taking over Twitter as a way to make light of this stressful time. In it, users post a photo or video of something they think is wild news (whether its “Trump meltdowns to Tom Nook’s lectures on finances in Animal Crossing”) with captions like “*looks at the camera like Jim from The Office*” or “*looks into the camera like he’s on The Office*” And with stimulus checks being cut, the “Y’all shouldn’t have given me that $1,200” meme has been born. In it, Twitter users post the caption along with a photo of a ridiculous item that they “bought”—like a bed shaped like a truck, or a pair of purple crocodile-skin cowboy boot roller skates. (All joking aside, we found that Gen Z and Millennials are actually spending their stimulus money on food and groceries, housing costs, and other essential supplies to help them get through COVID.) 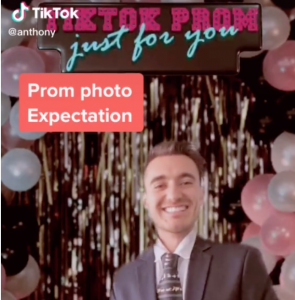 Prom season is in full swing, but for Gen Zs in quarantine, this year the celebrations are all virtual. Teen Vogue has been planning for a virtual prom set to take place in May, and John Krasinski of YouTube’s “Some Good News” uplifting content channel hosted a virtual prom using the hashtag #SGNProm with surprise performances from Billie Eilish and the Jonas Brothers. But prom content is really starting to trend on social this week with TikTok “hosting” a weeklong virtual virtual #TikTokProm. The hashtag has already gotten over 63 million views, and the event will inevitably only get more popular, with in-app hashtag challenges, nightly live event streams featuring popular creators showing viewers how to make DIY prom fashions, celebrities, and surprise musical performances. Related hashtags are racking up views, with #PromPlaylist at 56M, #PromLook at 716M, and #PromDIY at 1.1B. The app also created two effects for the event: #PromPortrait and #VirtualProm, that triggers a background on users’ phones to transport them to a classic prom setting in a high school gym. 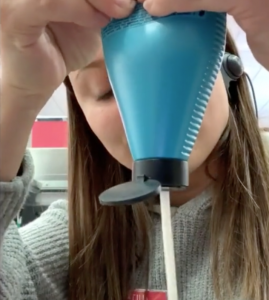 An Ulta Employee Showed How Returned Products Are Handled

One Ulta employee made the brand go viral when she decided to take to TikTok to reveal how her job handles skincare and makeup returns. In the video that received 649K views, user @biancaann5 shows how “pristine” makeup palettes that have been returned are scraped into the trash, liquids and moisturizers are squirted away, and lip kits (like the coveted Kylie Cosmetics’) are completely destroyed. “This is what we have to do so that people don’t dumpster dive and steal it,” Bianca is heard saying in the video. The video received some backlash from viewers who said the process was wasteful, prompting Bianca to make another set of videos answering questions and explaining that highlighting the wastefulness was one of the reasons she showed it in the first place. In an interview, Bianca said she shared the video to make customers aware that returned products don’t always get put back on the shelf. “They should reconsider before returning items they purchased,” she told BuzzFeed News. “I understand some people have to return things, but if it’s not necessary, then I don’t believe they should return it.” The backlash does indicate that young consumers do still care about waste and the environment, even during COVID. 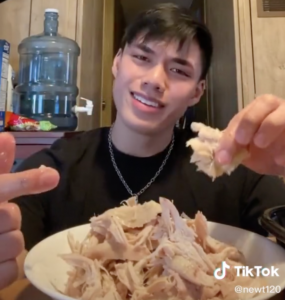 Quarantined TikTokers are showing off what they’re nomming on during their #SnackBreak.

Just like Netflix’s other reality shows, viewers can’t stop talking about Too Hot to Handle.

Billy Porter and Vogue are inviting people to participate in the #MetGalaChallenge in lieu of the canceled fashion event.

Speaking of fashion: quarantined people are dressing up to take out the trash.

A One Direction reunion is reportedly in the works.

Gianna Bryant was named an honorary selection in the WNBA draft.

Blue Ivy Carter shared the importance of hand washing in an adorable PSA.

Lady Gaga’s Chromatica track list is out and it features collaborations with Ariana Grande and BLACKPINK.

Shutdown museums are in a Twitter battle using the #CreepiestObjects hashtag to showcase who has scariest items in their collections.