How 2019 Became the Year of Hard Seltzer 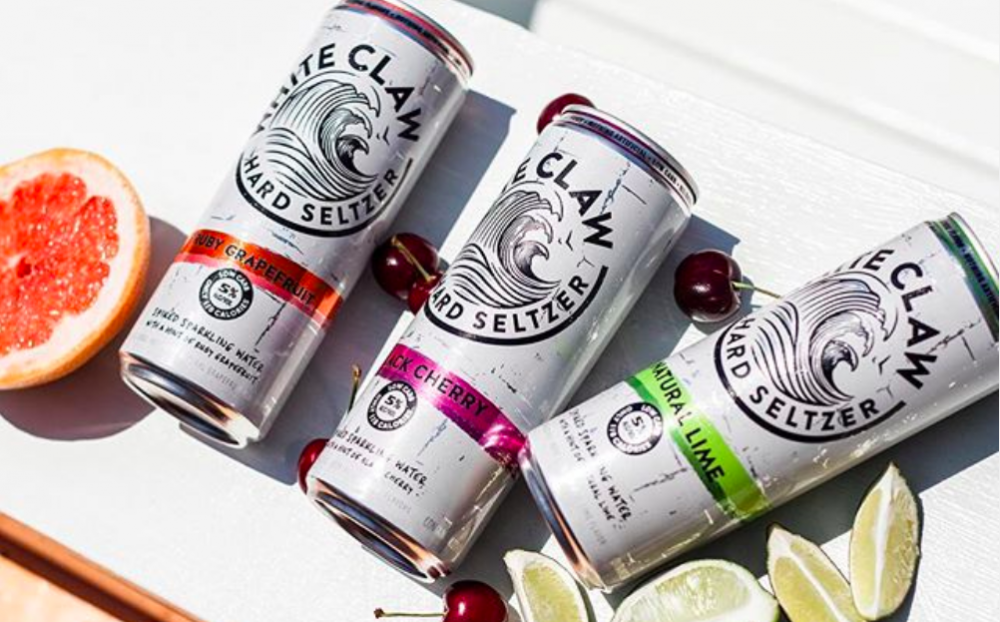 Young adults have been shaking up the alcoholic beverage industry, making hard seltzer the trendiest drink of the year. Find out why in our latest infographic snapshot…

In late June 2019, young comedian Trevor Wallace released “*Drinks White Claw Once*”—a YouTube video in which he transforms into a pastel-wearing bro upon his first sip of a White Claw. The spiked seltzer, which had been introduced in 2016, was starting to gain notable popularity, but Wallace’s work of art gained over 20 million views on Facebook, five million on Twitter, and 1.7 million on YouTube thanks to quotes like “Ain’t no laws when you’re drinking claws” and “It’s like a Four Loko that went to private school.” The viral hit is credited with catapulting the spiked seltzer to Millennial cult status, and officially making the summer of 2019, White Claw Summer.

While undoubtedly the most popular, White Claw isn’t the only hard seltzer gaining traction with young consumers and stealing market share from big alcohol brands—and more brands are racing to join the hard seltzer party. It’s clear to see why when you look into Millennial drinking behavior. While moderation has certainly been a growing trend, it is important to note that this “sober curious” generation has not stopped drinking. In fact, 43% of 21-37-year-olds are drinking daily or weekly and 24% monthly, and they’re spending an average of $87 on alcohol every week. The majority of Millennials are not brand loyal when shopping for alcohol, instead most are considering price, quality of taste, and interesting flavors. These considerations combined with their love for experience is most likely why Millennials make up just 17% of the fine wine market and why big beer is losing a lot of market share to craft beers. It’s also a piece to the puzzle of why affordable, interestingly-flavored, and light alcoholic beverages like White Claw and Aperol Spritz are resonating with the group.

While beer and wine still reign as the top go-to drinks for this generation, more than four in five 21-37-year-olds tell YPulse they enjoy trying new flavors and brands of alcoholic beverages. Hard seltzer now ranks in their top 10 alcohols they like to drink, with a quarter of young drinkers saying they like it. Despite the “bro” reputation the drink earned this year, females are actually driving the trend, with 32% of 21-37-year-old females saying they like to drink hard seltzer.

When we asked young drinkers why they like hard seltzer, the top reasons are taste, variety of flavors, and “it’s healthier.” The first two motivations align with their desires when shopping for alcohol and love for experiences. But the fact that hard seltzer is perceived as healthier has clearly helped hard seltzer take off this year. Half of young hard seltzer drinkers say they’re drinking it because it’s healthier, and lower calorie and lower alcohol beverage options have been increasingly appealing to this generation. Millennials have become hyper-focused on wellness, and being sober-curious is an offshoot of their desire to be healthier overall. Drinking too much alcohol does not align with their Wellness Intensified routines. Hard seltzer’s low-alcohol content allows them to limit their alcohol consumption while partaking in social drinking situations. In fact, their hunt for fewer calories and more flavors could be putting some Millennials off beer—even the craft brews they’ve helped to make popular up to now.

Take a look at the numbers behind the trend, here in our hard seltzer infographic snapshot: