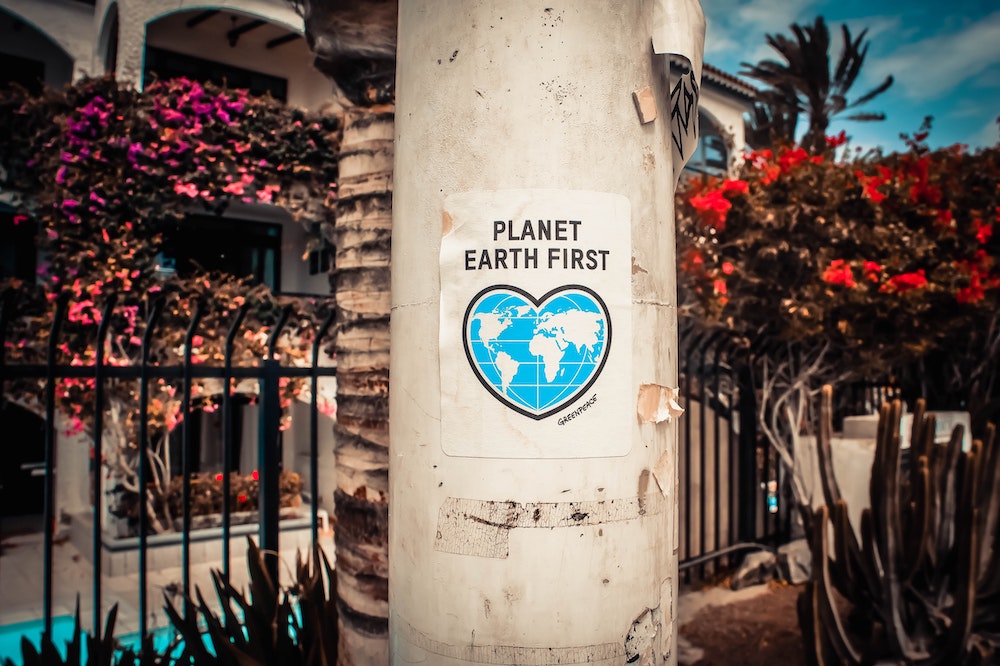 Before COVID, climate change was young consumers’ biggest concern. These stats show why that’s not going away… 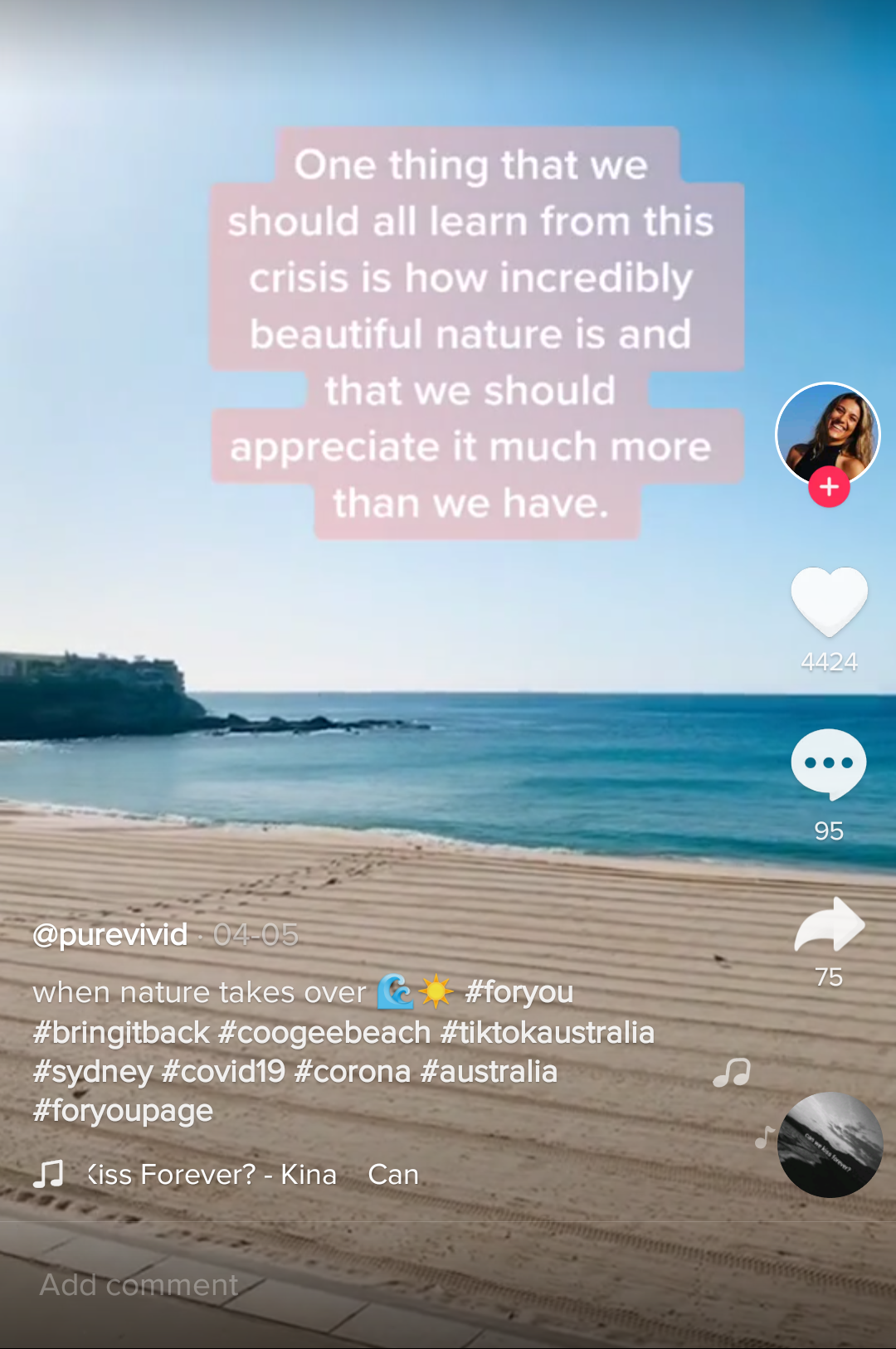 In a survey fielded by YPulse in February of this year, 52% of 13-39-year-olds agreed with the statement, “Something catastrophic will happen in the next five years.” Before the pandemic most of them thought that catastrophic event would be climate change related. Last year, our surveys showed that for the first time both Gen Z and Millennials felt climate change was the biggest problem that their generations were facing. Young people’s concern about climate change was being expressed, loudly and globally in 2019. Just over a year ago, hundreds of thousands of students around the world skipped school to protest climate change inaction. As Forbes reported, cause-driven teens inspired by 16-year-old Greta Thunberg’s once-solitary weekly strike in front of Sweden’s parliament marched and rallied in major cities, like Rome, Hong Kong, Kenya, and Washington D.C. Their fear around climate change was clear. One 22-year-old male told us, “climate change is destroying the earth and my generation will probably be the last,” and a 17-year-old female explained, “I think my generation faces the problem of global warming, since if we don’t handle it, the world could become uninhabitable very quickly.” In January of this year, we found that global warming/climate change was the top cause that Gen Z said they were passionate about, and it was a top 10 cause for Millennials as well.

Just four months later and the world feels very different—but while the pandemic and its immediate effects are of course top of mind for all generations right now, climate change is a long-term issue and will still be a major concern for these generations. In fact, despite overwhelming fears and anxieties about COVID-19, many are still talking about climate change. Young activists are bringing climate strikes and protests online during the quarantine. Before and after shots of cities with air pollution cleared thanks to stay-at-home measures have been going viral online, sparking conversations about what lasting changes could be made to improve the environment. (In fact, air pollution discussions have inspired their own memes.)

In that same February 2020 survey mentioned above, YPulse explored how young consumers felt about climate change. These stats show the significant impact that the issue was having on their outlooks and their behaviors—clearly indicating that they won’t be forgetting about it, and even in a post-COVID world this will remain a top concern for Gen Z and Millennials. 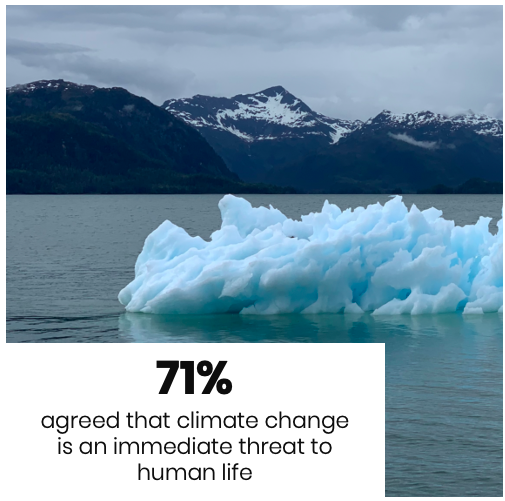 Seven in ten agreed that climate change is an immediate threat to human life.

Gen Z and Millennials don’t just believe in climate change (only 11% say they don’t), the majority (71%) have been feeling that climate change is an immediate threat to life.  In other words, they felt it was a massively serious issue, viewing it with a gravity that isn’t likely to disappear. But they weren’t without hope: Over three fourths agreed that if enough people changed their behavior (e.g. recycling more, using less fuel) it would have a real impact on climate change. Interestingly, with this statement in mind, COVID-19 could actually increase their focus on climate change in some ways, as they’re seeing evidence that human action can change the environment happen in an accelerated way thanks to quarantines. They also feel their generations are uniquely impacted, with 69% agreeing that it’s up to their generation to stop climate change from getting worse. 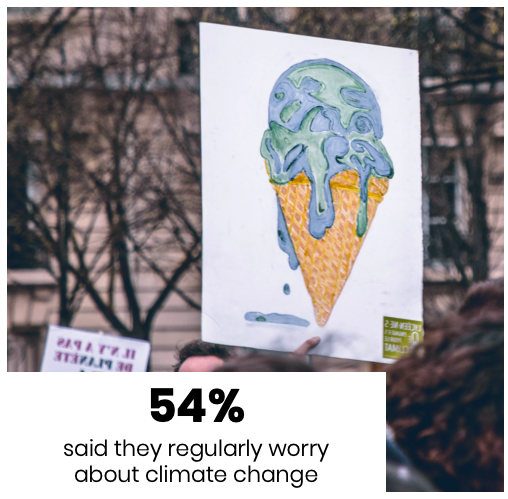 Over half regularly worried about climate change. 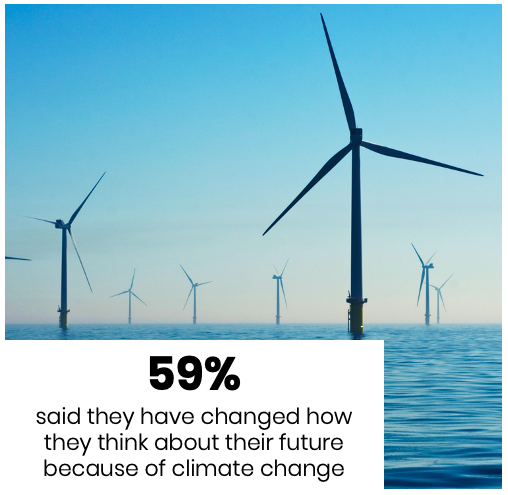 Three in five have changed how they think about their future because of climate change.

Climate change wasn’t just a concern, it was already impacting the way that these generations thought about their futures—and impacting many of their lives. The majority  (59%) told us that they had changed how they think about their futures because of climate change. On top of that, over a third told us that they believed climate change would impact their lives directly within the next 10 years—and 32% said it already had impacted them. With extreme weather increasingly common, and more getting involved in climate activism, for many climate change has been rapidly shifting from an abstract problem to an issue that has could or has changed their lives in a real way. 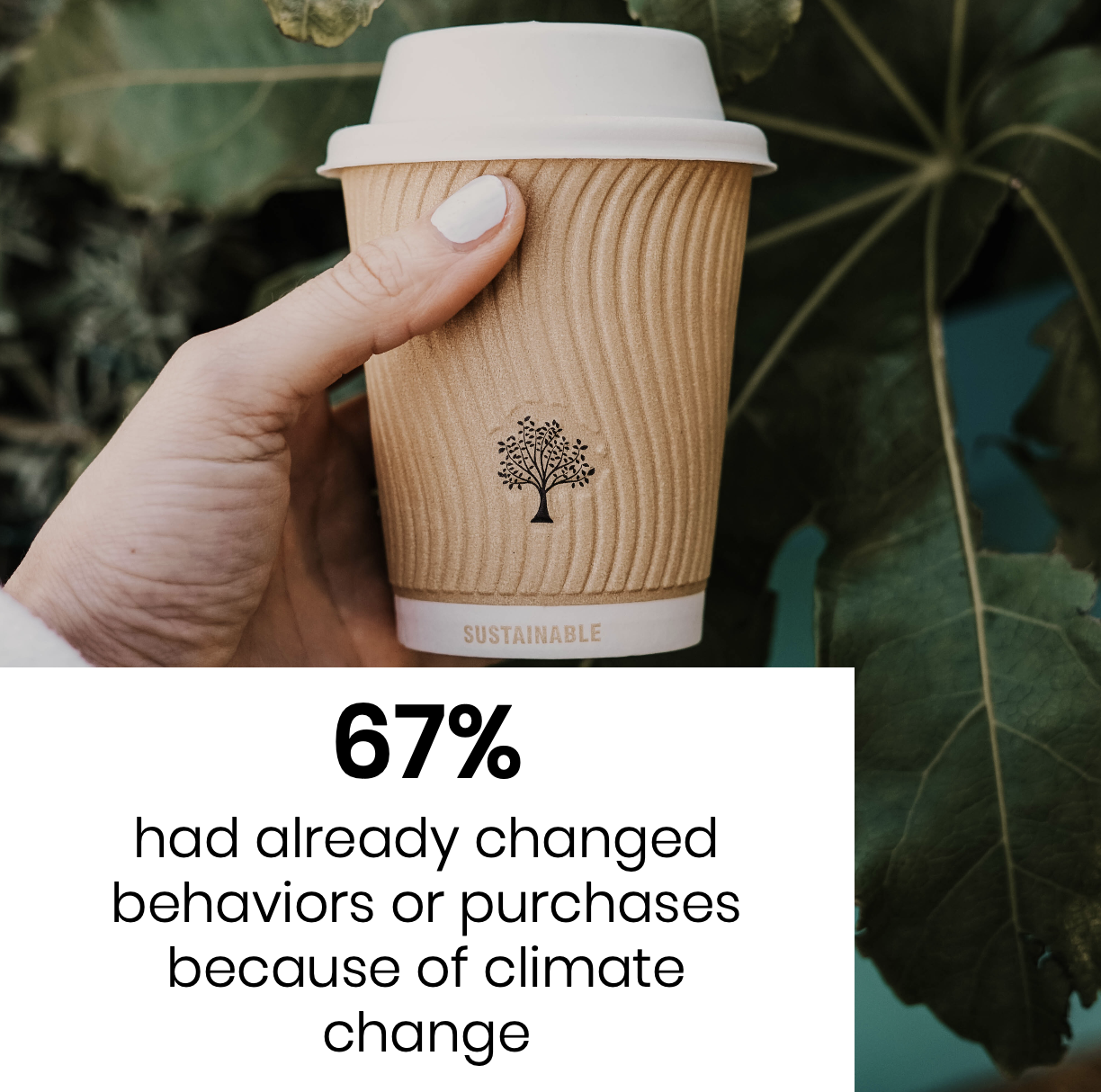 Nearly seven in ten had already changed behaviors or purchases because of climate change.

Climate change was also impacting the way they thought about everyday purchases and actions: 67% told us that they had already changed some kind of behavior because of climate change. Purchasing behaviors were the most commonly impacted shift, with 42% reporting that they had changed the kinds of products the buy because of climate change and 29% saying they had changed the amount of products they buy. The majority also agreed with the statement “My personal behavior has the potential to help stop climate change,” and said they encourage their family and friends to engage in eco-friendly behaviors. Young consumers’ views on eco-friendly products aren’t straightforward. While the majority would prefer to buy environmentally friendly goods, they do care about price more. But many were finding ways to make eco-friendly and budget-friendly coexist, with Gen Z and Millennials were fueling the rise of secondhand clothing marketplaces and reusable products. Yes, cost will be an even bigger motivator of their purchases than it was pre-pandemic, but brands should know that just green initiatives will still resonate. And green behaviors that also help them save money will absolutely keep rising. Many were already making purchase decisions with the environment in mind, and many will continue to do so.