During COVID: Steam-Umm drops some surprising wisdom, influencers are tie-dying their at-home outfits, Tiger King is coming back and everyone can’t wait, and Drake has another song that spurred a viral TikTok challenge—plus more stories and youth news you shouldn’t miss this week… 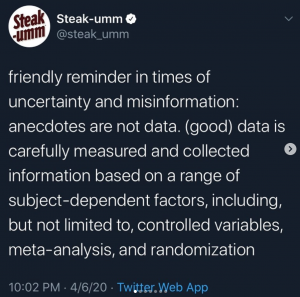 Steak-Umm Throws Down Some Unexpected Wisdom on COVID Misinformation

On Tuesday, Steak-Umm posted a Twitter thread that received thousands upon thousands of likes and retweets, calling out misinformation and stressing the importance of data during the COVID crisis. The frozen meat brand urged its followers to “be careful in our media consumption,” stressing that “data is a science that can’t be replaced by one-off anecdotes. try to remember this to avoid fear-based sensationalism or conspiracy theories taking over your mind.” The posts earned a flurry of attention, and Columbia University’s Department of Surgery shared the post on their official account with the caption: “Never thought we’d say this but here’s an important thread from @steak_umm. Anecdotes are not data.” Adweek referred to them as “a woke beacon of light in an online sea of try-hard brands.” This isn’t the first time Steak-Umm has gone viral. In 2018, their pro-Millennial rant got a lot of attention. Many are praising the brand on social media, with calls for Steak-Umm for President a common comment. 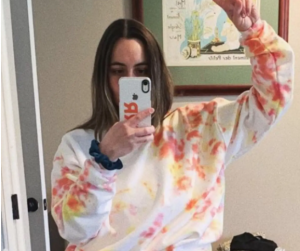 There’s been a lot of micro-trends taking over social media thanks to quarantine—including some newfound fashion trends. DIY tie-dying seems to be everywhere, as influencers give their at-home outfits a boost. YouTube and TikTok creators are showing users how to make tie-dye sweatsuits using fabric dyes, inexpensive clothes, and at-home supplies like bleach create a tie-dyed effect. Though tie-dye has been around since the ‘60s, the resurgence has caused terms like “DIY tie-dye” and “tie-dye sweat suit” to become top searches on Google and YouTube during the last week of March, while tie-dye kits are among Amazon’s bestsellers in the “Arts, Crafts, & Sewing” category. Fashion influencers, who usually rely on event appearances, product promotion, and sponsored trips for income, have been forced to change their aesthetic and have been finding creative ways to reach their followers as brands slash their budgets. However, many of them have seen online traffic from homebound followers increase, leading them to show off their indoor fashion, along with full at-home routines including cooking, which is something young consumers are into right now. 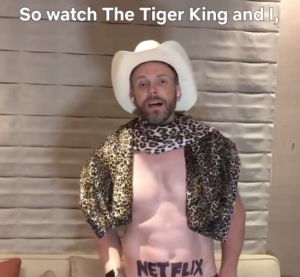 More Tiger King is Coming & Everyone is Very Excited

While some will be celebrating the Easter Bunny returning this Sunday, others will be celebrating the return of Tiger King. When the Netflix docuseries first premiered at the beginning of the month, it was the perfect “weird distraction” from the pandemic—and some have dubbed it the “first viral TV show during the lockdown period.” The show quickly became a hot topic online, spurring countless jokes and memes on social media. And the talk about Joe and Carol isn’t over. This week, the streaming platform announced that it is adding an extra episode to the series, in the form of a Joel McHale-hosted aftershow with new cast interviews. Netflix made the announcement with a Twitter post of the comedian donning animal print and a cowboy hat—which has so far garnered 366K views. The show is still generating a ton of conversation online, with the hashtag #tigerking even trending on TikTok, where it currently has 2.6 billion views. With Love is Blind, The Circle, and other favorites recently being renewed for second seasons, Netflix has been proving itself an expert at releasing the kind of reality series that everyone just can’t get enough of—and the genre is getting a major boost during the pandemic. 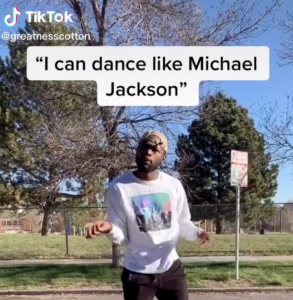 Drake’s #ToosieSlide Is Taking Over TikTok

Drake is the latest artist to create a viral TikTok challenge to market new music. While the official song and music video for “Toosie Slide” (which has gotten over 21 million views since its premiere) officially dropped last Friday, the track was already a viral dance on TikTok (which currently has 1.5B views) thanks to a DM between the rapper and Atlantic dancer Toosie, who was commissioned to create the choreography. The challenge quickly became a trending hashtag on the platform. Before “Toosie Slide” became a thing, his other song “Nonstop” birthed the #FliptheSwitchChallenge (which has 312.9M views) was the last viral dance everyone was obsessed with—with politicians and celebs from Elizabeth Warren to J.Lo participating. Dance challenges on TikTok have quickly become a go-to marketing tactic for new music. In the last year, the beloved Gen Z app has become a place for new artists like Lil Nas X, Megan Thee Stallion, and Doja Cat to become organically viral, while already well-known musicians like Justin Bieber and BTS have begun using the app to promote songs. During the pandemic, it’s also become a big part of Gen Z’s at-home entertainment. Even basketball players and celebs like LeBron James (who did the Toosie Slide dance with his family) have been flocking to TikTok to keep their fans entertained in non-cringey ways. 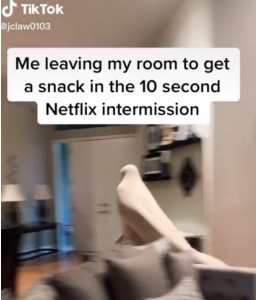 Quarantined TikTokers are living their best #blanketlife during the pandemic.

Could TikTok star Charli D’Amelio and her family be getting their own reality series?

The quarantine house meme on Twitter is forcing users to make hard decisions—and choose between some terrible roommates.

Indie rock band Thao & the Get Down Stay Down shot the very first Zoom music video.

James Charles started a controversial “mugshot challenge,” and not everyone is happy about it.

Netflix’s The Half of It is the latest teen rom-com that wants to tug at young viewers’ heartstrings.