TikTok’s influence on the music industry, and music marketing, is undeniable. Here are three music trends on the platform brands should know about…

YPulse’s recent music listening report found that social media is now the number one way that young people discover new music, and the majority of Gen Z and Millennials agree with the statement “Most of the new music I hear these days is on social media.” TikTok has been a major part of this trend, melding social media, music, and entertainment together in a way that young consumers can’t get enough of. In fact, 64% of Gen Z and 39% of Millennials say they have discovered new music on TikTok—making it fourth biggest platform for music discovery overall, and the third biggest for Gen Z.

Of course the app has also transformed music marketing in a relatively short amount of time, with TikTok dance challenges becoming a go-to move for artists releasing new songs, and sometimes even organically increasing the popularity of tracks. With the focus on short audio clips, it’s possible for many, many songs to be going viral on the platform simultaneously—and because music is the focus of so much TikTok content, many, many music trends are being sparked by the platform. With the app an increasingly important part of reaching to next-gen consumers, no brand should sleep on these opportunities to reach them. Here are three TikTok music trends everyone in marketing should know about: 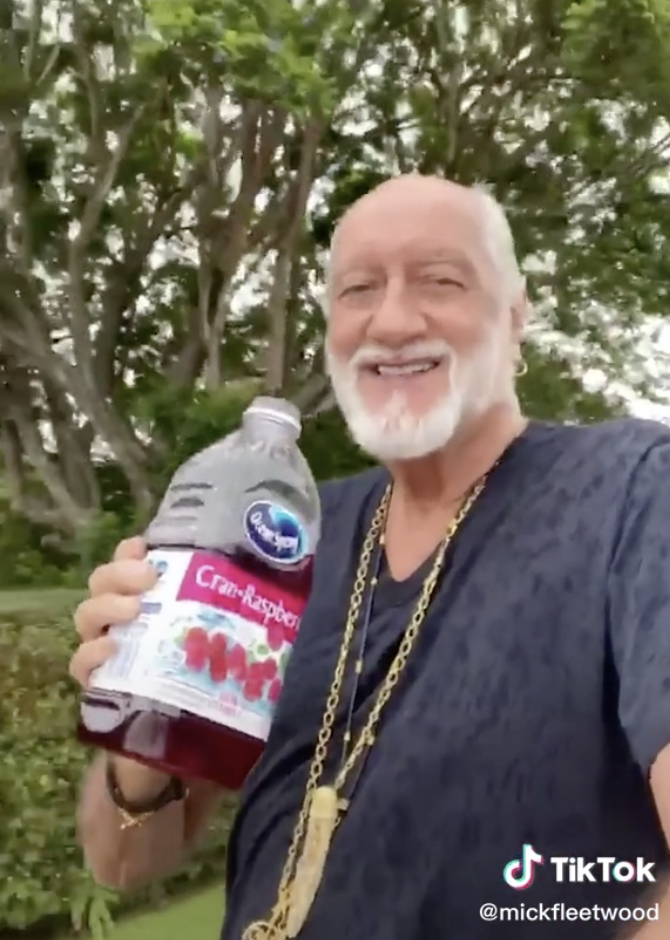 Today’s biggest music stars are turning to TikTok to make their new tracks go viral, but it’s not just new songs that are trending because of the app. Classic and vintage tunes are finding new fans on the platform, which gives users a huge library of music to set their videos to. Earlier this summer, The latest example happened just this month, when TikTok user Nathan Apodaca (@420doggface208) shared a video of himself skateboarding to work while drinking cranberry juice and listening to Fleetwood Mac’s ‘70s hit “Dreams.” His clip blew up and has been viewed almost 30 million times to date. Not only has Apodaca enjoyed viral fame (Ocean Spray sent him a new truck and a lot of juice) but “Dreams” and Fleetwood Mac have become massively popular: the song went back to the top of charts, and AV Club reports sales of the track were boosted 374%. The “Dreams” challenge is helping the track to trend, as users post their own versions of Apodaca’s ride. Mick Fleetwood himself even responded to the trend with a recreation of the chill video, which has itself been viewed over 8 million times. That’s a lot of free press for a song over four decades old. But we will note that it’s not just TikTok helping classic rock songs find new fans: after the Dune movie trailer began trending, audio streams of “Eclipse” by Pink Floyd (which plays throughout) increased by 50%, while digital sales of the song soared 1,750% according to Rolling Stone. Spotify reported an 86% increase of users listening to the song for the first time since the trailer’s premiere, and attributed a “bulk of those discoveries” to Millennials. And earlier this summer, two Gen Z YouTubers created a reaction video that helped Phil Collins’ “In The Air Tonight” to surge in streams and sales. In short: younger generations have an appetite for older songs, and they’re discovering them on social media. In fact, 77% tell YPulse they like listening to music that came out  before they were born—brands should take note, and shouldn’t shy away from resurfacing older tracks for new fans. 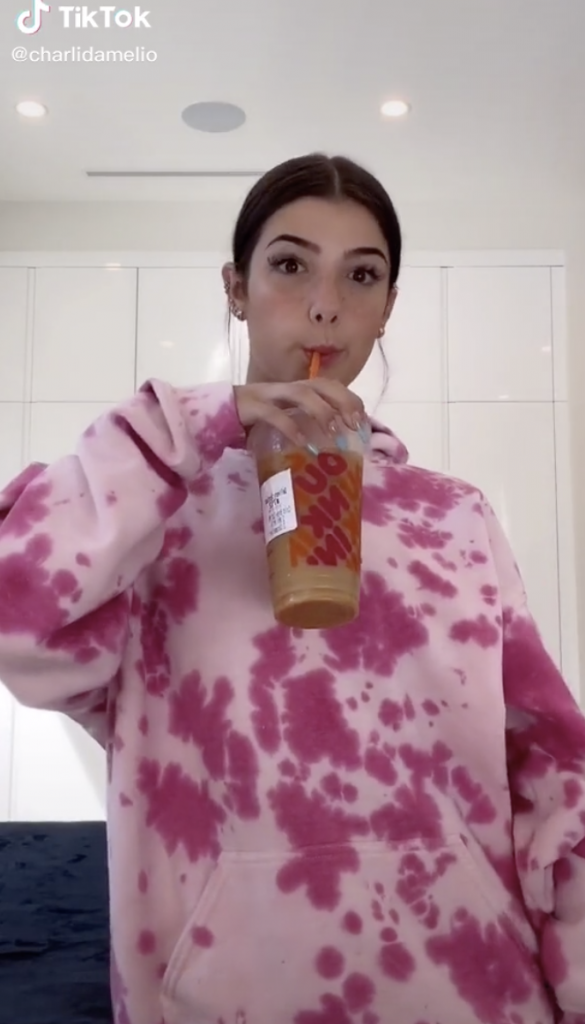 TikTok recently announced strict restrictions about the music brands are allowed to use, on the app—which might block corporate accounts from participating in viral content. But they can always create their own. Brands are increasingly writing their own hot tracks to accompany TikTok videos, and users are helping them to go viral in their own right. E.l.f Cosmetics has been a leader in the original brand TikTok track trend, avoid copyright issues with the creation of their own songs for the app. Glossy reports that marketing on the app became a major part of their rebrand strategy after the hashtag #elfcosmetics took off organically in 2019. After that, they launched one of the most viral sponsored campaigns on the platform with the #eyeslipsface challenge, which received over 5 billion views with 3 million videos made featuring the customized song of the same name. Celebrities like Lizzo and Reese Witherspoon even participated without being paid. During COVID, the brand remixed the song to encourage hand washing, and in May, they came out with the #elfvanishingact challenge to promote a new primer. While it wasn’t a sponsored campaign, it has received over 17 million views so far. But they aren’t the only brand releasing their own TikTok ditties. Last month, Dunkin’ announced its partnership with TikTok star Charli D’Amelio to launch “The Charli,” a new whole milk and caramel swirl drink named after the influencer—and it earned the brand a ton of views. To go along with the release, they created an original song also called “The Charli” for a adance challenge—and D’Amalio’s clips featuring the song took off, with the first garnering 29.4 million views, and another featuring the track racking up 49.5 million views. (It’s also a Duet with a Dunkin employee making her drink—we’ll get to Duets in a minute!) D’Amelio also asked TikTokers to do the dance to her original track, while also drinking her drink and the audio clip has 49.5K videos to date. This modern version of the brand jingle is proving a success for brands who have jumped on the trend so far—and users seem to be open to using original brand tracks. Some brand sounds are even taking off organically: Home Depot’s commercial audio “The Home Depot Beat” is being used in some incredibly popular paint mixing videos. (Trust us, it’s big.) 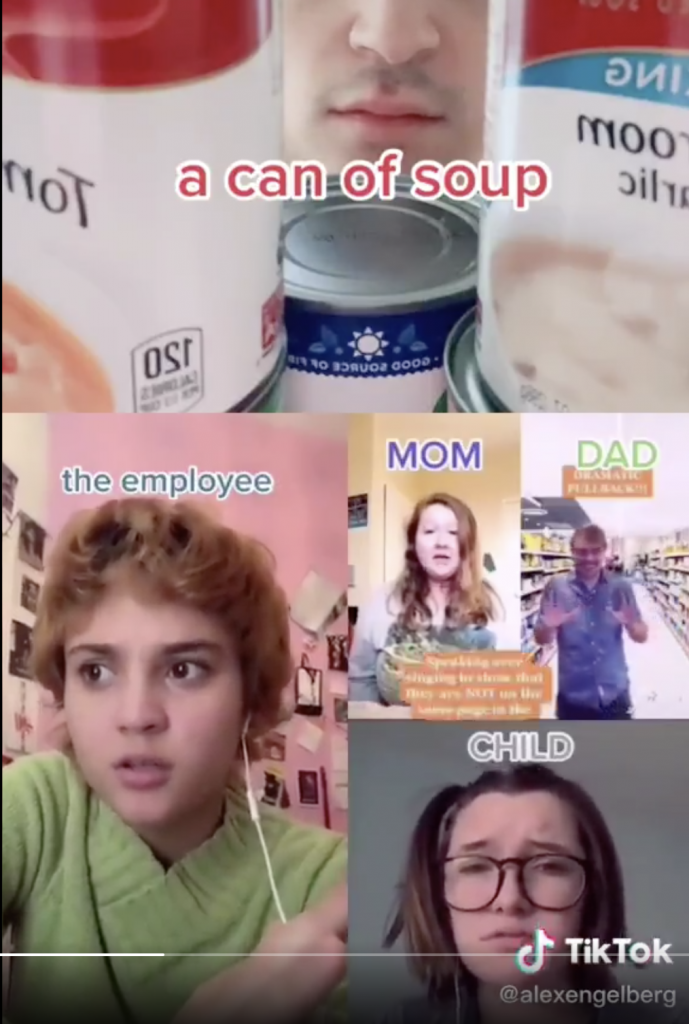 TikTok’s Duet feature has been around since the platform’s launch, and users have been taking advantage of it during lockdowns as a way to connect with others. “Skinfluencer” Hyram Yarbro, for instance, has made it his signature content to do duet reviews with his fans and followers. But the tool, which allows users to create their own videos alongside other users’ original clips, isn’t just about reactions and conversations—it’s also a way that TikTok users are putting their musical talents on display, and building creative collaborative viral videos via literal duets. The latest example is a makeshift “grocery store” musical that started trending on the app this week. TikToker @danieljmertzlufft shared a video of himself (which received 135.7k views) in a “Grocery Store But from a Modern Musical Theatre Show” as he sings lyrics pertaining to the situation he’s found himself and explaining the progression of an “argument” he’s having in, well, the grocery store. The video even got more attention when Twitter user @emmaspacelynn reshared the video with the caption: “This thread is evidence of the way TikTok’s duet feature can result in the most hilarious and creative collaborations.” Her post of the original video alone has accrued 2.4 million views so far. On the thread, she shared the other videos users have made by Dueting with @danieljmertzlufft’s original “Broadway” track. In the second part, TikTok user @another.blonde plays the part of the wife he’s arguing with, while the third part features user @molle.89 playing the part of the “Child” caught in the middle of the musical fight. Even an “employee” gets caught in the lyrical crossfire. The add-ons get increasingly silly (and impressive): one user plays the part of “a can of soup,” another plays the “squeaky wheel on a shopping cart,” another user plays “the automatic door with the too loud bell,” one portrays “the random voice that comes over the speaker.” Brands like Chipotle have used the Duet feature to showcase TikTokers, and there’s plenty more opportunity for brands to give creative musical TikTokers a way to shine via Duet challenges.