Charli D’Amelio has a new drink on the Dunkin’ menu, Thanks to Netflix, Cobra Kai is popular again, and everyone is honoring Chadwick Boseman—plus more stories and youth news you shouldn’t miss this week… 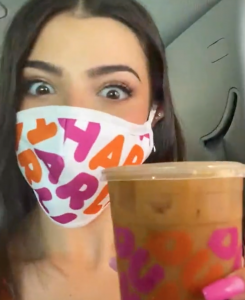 This week, Dunkin’ announced its partnership with TikTok star Charli D’Amelio to launch “The Charli,” a new whole milk and caramel swirl drink named after the influencer—and it’s earning the brand a ton of views. On TikTok, D’Amelio shared a video of herself going through the Dunkin’ drive-thru (she’s even sporting a Dunkin’-branded face mask) to order the drink, which received 38.6 million views. Of course, there’s also a dance challenge to go along with it. In another video that has garnered 9.2 million views, D’Amelio dances a lot to an original song also called “The Charli” while drinking the new beverage. She asks TikTokers to do the dance to her original track, while also drinking her drink and some are already posting videos of themselves following her lead. The On Instagram, a post of her writing that “dreams come true” and holding the drink at one of the chain’s location’s accumulated nearly 5 million likes. Dunkin’ has been resharing D’Amelio’s videos across Twitter, Instagram, and of course, TikTok—generating thousands and millions of views on each post. In the last year, D’Amelio (along with her sister Dixie) has become one of the most popular and well-known creators on the app securing several partnerships in recent months with brands like Hollister and Orosa Beauty—oh, and she has an autobiographical advice book deal with ABRAMS Books on the way, too. 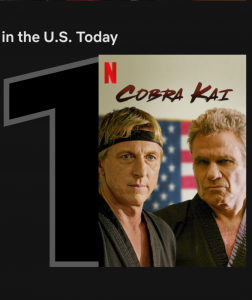 YouTube Show Cobra Kai Is Now a Hit on Netflix

When Cobra Kai (a sequel series that follows The Karate Kid antagonist Johnny Lawrence decades after the 1984 All Valley Karate Tournament) debuted on YouTube Red in 2018, it ran for only two seasons on the platform—despite being loved by critics and fans. Now, two years later, the action series has found a new audience on Netflix—where it has quickly become a hit, ranking number one all week on the platform’s most-watched and trending series. Not only did the platform buy the streaming rights, but they bought the entire series and are in the process of developing a third season. This isn’t the first time an older show from another source found new life and more viewers on the platform. Last year, after You was cancelled on Lifetime, Netflix bought the show and it blew up. Since being rebranded as a Netflix Original, You has released a second season and has been renewed for a third. And this July, when Nickelodeon’s ‘2000s animated series Avatar: The Last Airbender began streaming on Netflix, it instantly became one of the most watched series on the service. 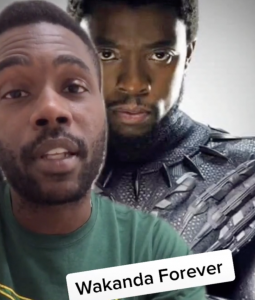 On Friday, actor Chadwick Boseman passed away after secretly being diagnosed with colon cancer for the last four years—and it came as a shock to many fans around the world. Across Boseman’s social channels, a post was shared confirming the death of the Black Panther actor, and the tribute has become Twitter’s most liked tweet of all time with 7.6 million likes. Immediately after the announcement, co-stars, friends, and other celebrities have been publicly sharing memories of the actor. A few days after his death, ABC aired a screening of Black Panther along with a special tribute. Marvel also released a special tribute online, which received more than 10 million views on YouTube as well as millions of views across other platforms. On TikTok, the hashtag #ripchawickboseman (which has 197.9 million views) began trending as users posted content to show their respects with many videos reenacting the “Wakanda Forever” symbol, which has become a movement of its own ever since the film’s release. Wakanda Forever.” Kids around the world have also been creating makeshift memorials for T’Challa and donning “42” jerseys in honor of his portrayal of Jackie Robinson in the film 42. His death has been especially significant to young Black and people of color who saw him as a figure who paved the way for representation in Hollywood. 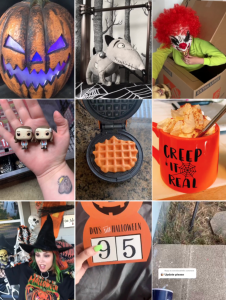 Halloween may be a few months away, but #Spooktember is trending on TikTok (and it already has 76.1 million views).

Music videos are now being filmed on Animal Crossing.

Taco Bell is removing their Mexican pizza from the menu—and customers are not happy.

This city council meeting is going viral for being Parks & Recreation in real life.