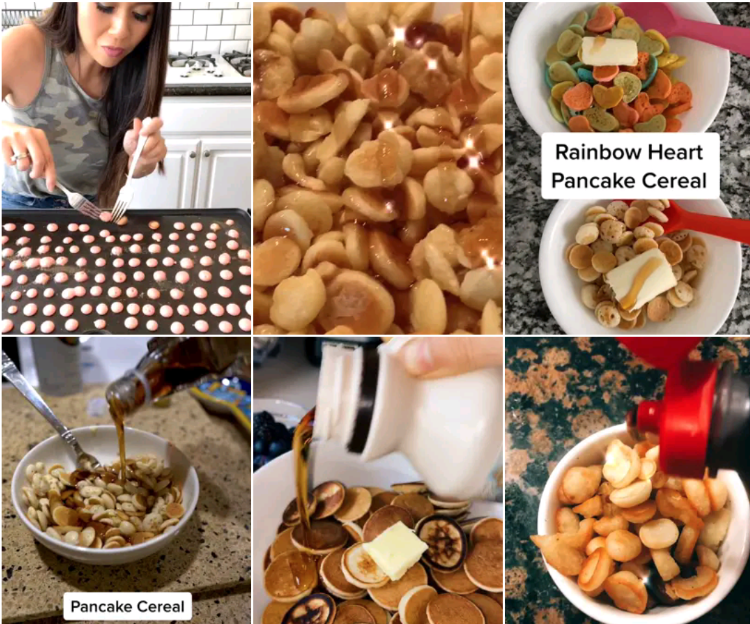 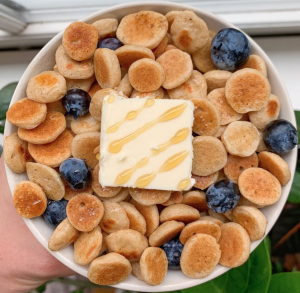 Quarantine is continuing to inspire a lot of outrageous food trends—and pancake cereal is the latest one to take over TikTok and Instagram. The trend is pretty straightforward: mini pancakes in a bowl that resemble cereal. People can choose toppings of their choice, and there’s already a myriad of variations on social media. Some are treating the small pancakes like actual cereal and pouring in milk, others are using syrup and butter, while some are choosing to mix the bite-sized treats with fruits or candy. Popular Instagram food account @thenaughtyfork posted a video (that has received over 17K likes) where she mixed hers with mini M&Ms and chocolate chips. On TikTok, the hashtag #pancakecereal has over 406 million views. During lockdown, TikTok has become a way for users to show off their food and drink connotations—including White Claw slushies. 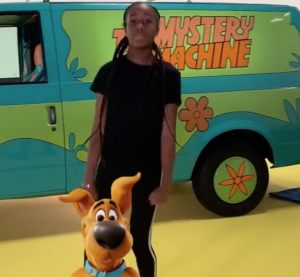 Ahead of the premiere and VOD release of the new animated film SCOOB!, Warner Bros. collaborated with Renegade dance creator Jalaiah Harmon to launch a #ScoobDance TikTok challenge, which received 880 million views in just two days, and has now amassed 2 billion views. In the original video (which has more than 3 million views), Harmon is seen dancing with the animated dog as a song with the lyrics “slide to the left, sail to right” plays in the background. The song was written by creative agency Movers+Shakers, who also wrote the music for e.l.f. Cosmetics’ #eyeslipsface challenge. And speaking of e.l.f., the beauty brand also released a new dance challenge on TikTok this week to promote its Poreless Putty Primer. In the #elfvanishingact challenge (which has 13 million views), users show how the product can make anything disappear including hair roots, blemishes, or even dirty dishes while M. Maggie’s song “Vanishing Act” (also developed by Movers+Shakers) plays in the background. In the last few months, TikTok has emerged as the breakout social media platform of quarantined teens and families have flocked to the app to participate in viral dance challenges. Brands and musicians like Drake have continued to use the app to market their products, films, and music to reach their Gen Z fan base. 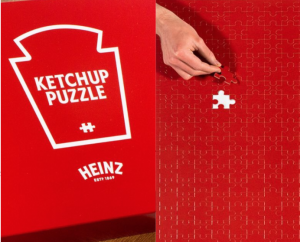 Heinz Ketchup Dropped The Most Infuriating Puzzle & People Want It

Old-fashioned jigsaw puzzles have seen a surge in sales as quarantined young consumers look for ways to unplug—and now brands are making them a marketing trend. On Tuesday, Heinz Ketchup Canada unveiled “the slowest puzzle on earth”: a new 570-piece #HeinzKetchupPuzzle, all in the exact same Heinz red color. In a video that received more than 871K views, the brand will send selected one of the 57 limited edition puzzle sets to select followers who share who they wish they could finish the puzzle with. And for consumers who want a burger to go along with their ketchup, McDonald’s Belgium dropped a limited edition 500-piece burger puzzle last month. 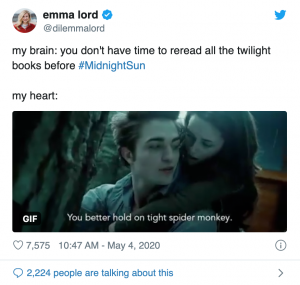 Twilight Fans Are Reacting to News of The New Book

Twelve years after the last Twilight book, author Stephanie Meyers has announced that the novel is coming out in August. And fans cannot wait. As a refresher: Meyers initially put the manuscript on hold in 2008 after part of it was leaked online. Loyal fans of the vampire romance books and its films have been celebrating the news on social media, and making memes about how they imagine actor Robert Pattinson (who portrayed Edward in the film adaptations) is reacting to the news. The book will retell the events of Twilight from the perspective of Edward Cullen as he meets Bella Swann and promises to include “new and decidedly dark twists” about the character. Twilight series isn’t the only popular franchise making a comeback. Later this month, Suzanne Collins is releasing the Hunger Games prequel The Ballad of Songbirds and Snakes and a movie is already in the works. While the announcement was initially met with mixed reactions because of its focus on tyrannical leader President Snow—it’s safe to say the 2000s are officially back. During the pandemic, many Gen Z and Millennials have turned to the music, film, and social platforms (Tumblr, anyone?) as something familiar during these uncertain times. 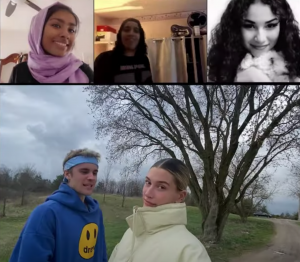 TikTokers are attempting to #MakeMomSmile ahead of Mother’s Day.

Twitter users dreaming of “walking down the aisle” in a new post-quarantine meme.

The internet is also coping with the news about “murder hornets” through jokes and memes.

There’s already a lot of buzz around Netflix’s Cursed—which viewers think looks like a cross between Game of Thrones and The Hunger Games.