How 5 Brands Are Helping Young Consumers Cope with Coronavirus 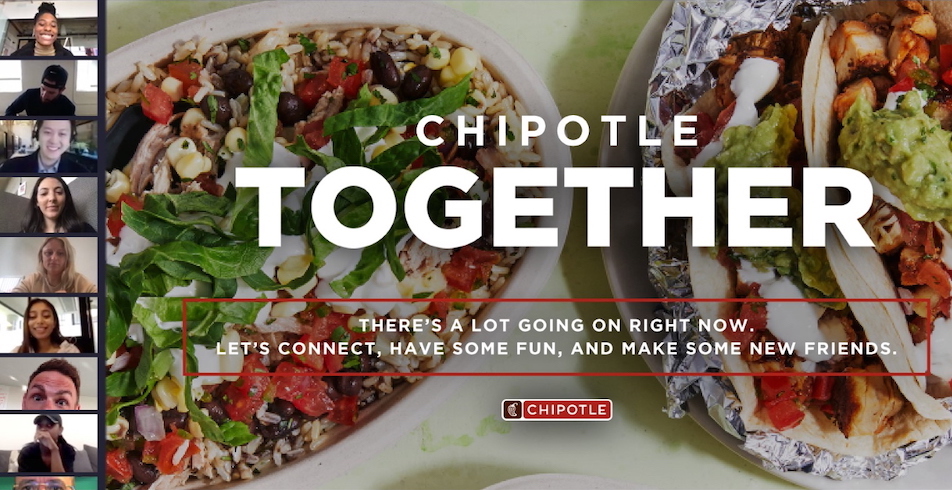 How are marketers dealing with the Coronavirus crisis? These five campaigns show how some brands are taking the moment to creatively provide what young consumers may need right now…

With companies forced to cancel events, shut down venues, and halt productions, many brands are scrambling to find ways to reach young consumers. Addressing the crisis is a must, and inboxes are being flooded with emails from brands who are sharing how they’re dealing with COVID-19. Of course, marketing tactics are also being impacted, with brands like Hershey’s and Coors pulling ads that no longer make sense, or that could come across as insensitive during the pandemic. Others are quickly issuing new commercials that speak to the trying times we’re in:  Ford pulled their March Madness campaign to instead run spots on a car payment relief program, and Guinness’s new St. Patrick’s Day ads are encouraging people to stick together, be good to one another and “celebrate safely.” New commercials are an expected, and necessary, response—but they’re not the only way that brands are responding to the crisis.

Young consumers are finding themselves stuck at home, pushed off campuses, and dealing with fear, loneliness and, let’s face it, boredom. It’s a frightening time, and they’re coping in unique ways—including turning to social media and video chats to share their stories and feel close with friends. They also have unique, perhaps unprecedented needs, which is where some brands are stepping in. Many are releasing new campaigns that provide services and new efforts to creatively cope with the crisis—and help young consumers cope as well. Whether bringing entertainment and inspiration to the newly-quarantined generations or giving them support, here’s how five brands are helping young consumers to cope with Coronavirus and finding a way to shine in a dark time: 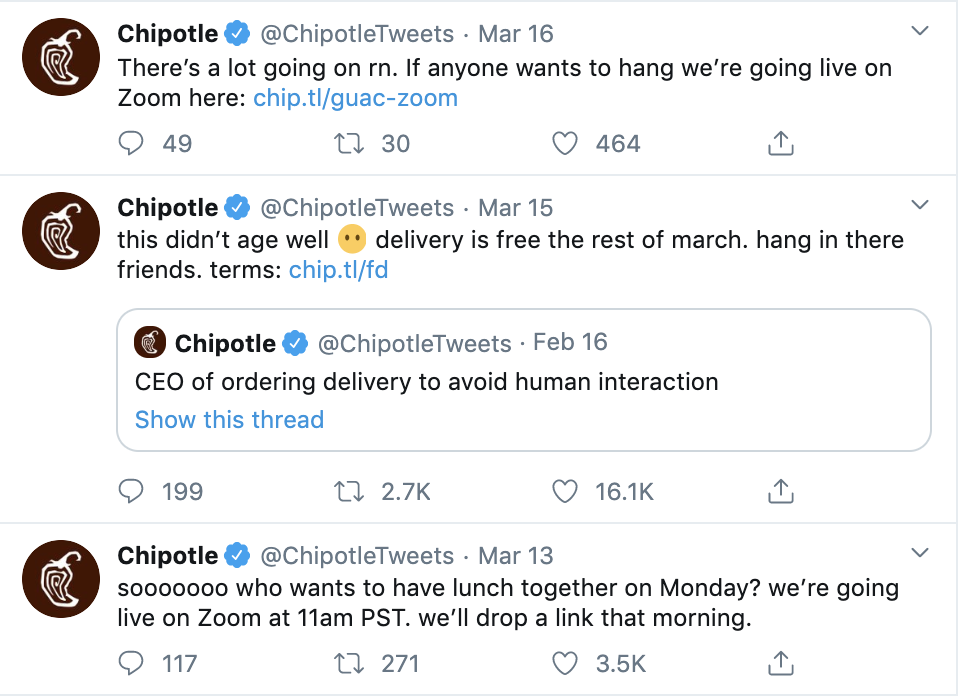 Isolation and loneliness are an increasing concern as more and more people self-quarantine, work from home, or are ordered to shelter-in-place. Providing ways to help young consumers to feel connected and together is a clear opportunity—one that Chipotle has creatively tackled. This week, the fast-casual food chain is hosting “Chipotle Together” daily virtual lunches via Zoom for up to 3,000 fans. Each day, a different celebrity guest will be attending, and the brand will also be giving away free burritos. On Monday, their first guest was The Bachelor’s Colton Underwood, who chatted with fans and walked them through a “Chipotle-inspired presentation.” Users can access the hangouts via the restaurant chain’s Twitter feed, where the brand is inviting followers to “hang out” and “have lunch together.” Along with the group video lunches, the chain is offering free delivery on all orders of $10 or more via their app or website—and sharing the preventative measures against the virus they’re taking, including tamper-evident packaging. 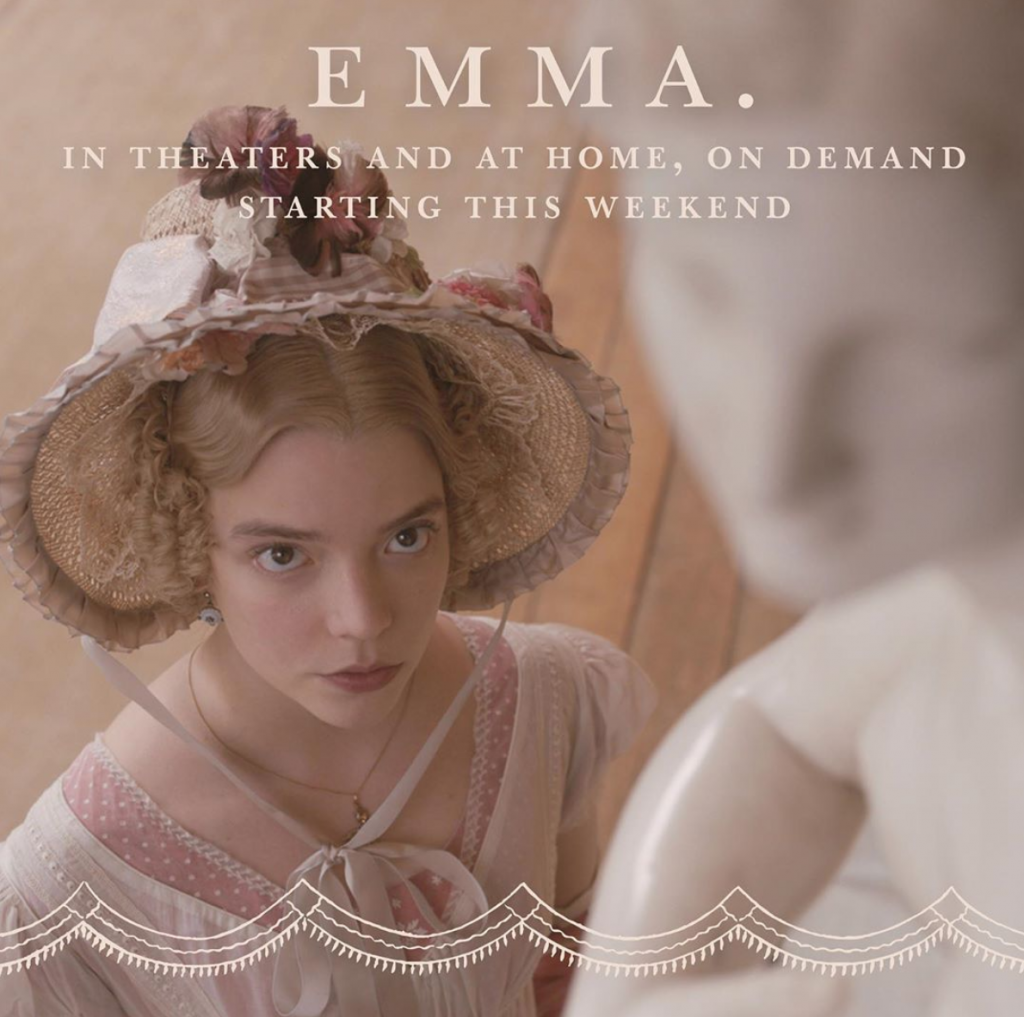 As many theaters around the country limit their audiences and close down completely, major movie studios are struggling. In the wake of a historically bad box office weekend, they’re finding ways to bring their content to young consumers (usually the biggest movie-goers) who are stuck at home. Yesterday, Universal Studios announced that they will release their new titles like The Invisible Man, Emma, and The Hunt on digital platforms for $20 starting this Friday—Trolls World Tour, which was set to debut in theaters on April 20, will now be released digitally on that date. Warner Bros. also followed suit by announcing that they plan on releasing their Harley Quinn-centric film Birds of Prey next week for a $20 rental. Even Disney+ released two movies earlier than anticipated: Set to be released digitally on March 17, Star Wars: The Rise of Skywalker was made available for purchase this past weekend, while Frozen 2 was released three months earlier on the streaming platform to give families “some fun and joy during this challenging period.” 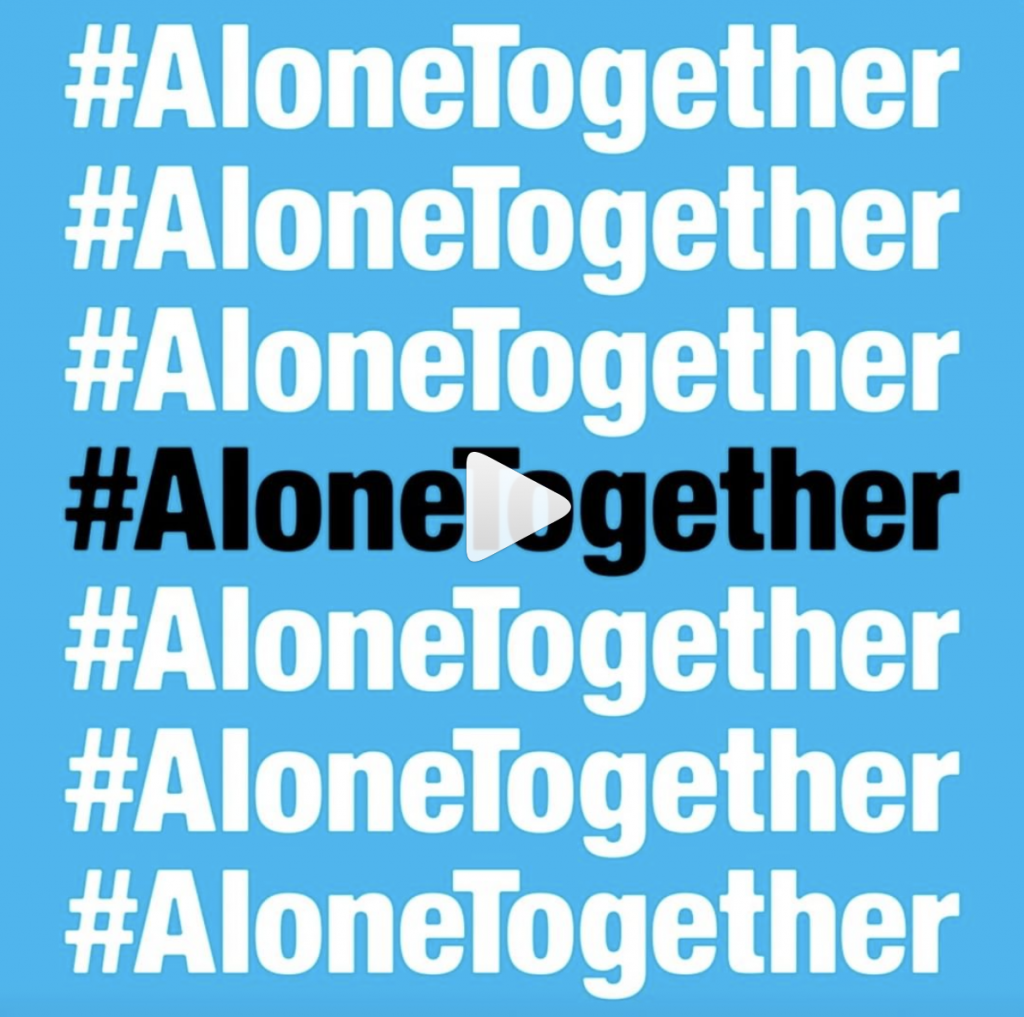 Mental health is always top of mind for young consumers, and this crisis has only amplified their concerns. Although it’s potentially touchy territory, brands could be an asset in providing resources, information, and support during trying times. Case in point: ViacomCBS’s new #AloneTogether campaign. The brand’s entertainment and young brands have unveiled a PSA campaign to communicate to young people “the importance of social distancing” even if they’re not exhibiting symptoms. MTV, Comedy Central, CMT and VH1 partnered with the Ad Council to release a series of ads that will run on their social media channels, and during shows like Siesta Key and Martha & Snoop’s Potluck Dinner Party. The campaign will feature live takeovers from musicians and celebrities like Trevor Noah and David Spade (both of whom have shows on Comedy Central), daily engagement through the series’ social accounts, and profiles of young people who are making a difference during the pandemic. Government officials across the country are calling for everyone—especially young, healthy people—to stay indoors and practice social distancing to minimize the spread of Coronavirus, and these ads show how brands could potentially help spread the message. 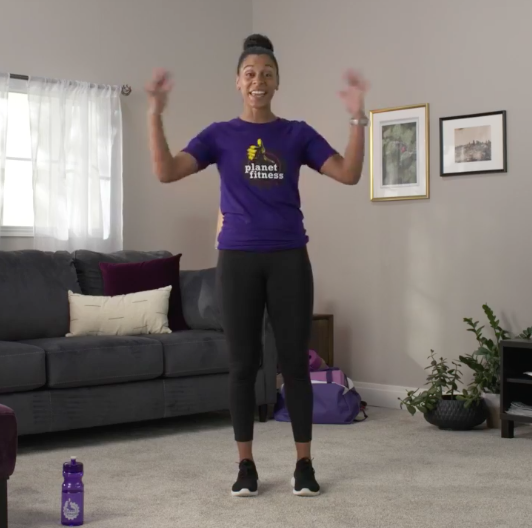 Gyms are among the many businesses that have been encouraged to shut down or limit their capacity during the pandemic, impacting many young consumers’ health and fitness routines. But just because they’re stuck at home doesn’t mean they won’t want to work out, and in fact, exercise might be more of a concern than ever as they manage the impacts of quarantine. Planet Fitness, one of the largest fitness franchises in the U.S., has joined in on encouraging people to practice social distancing, while also providing a service for in-demand at-home workouts. The brand is offering free daily “work-ins” via Facebook Live to make fitness classes accessible from anywhere. The “work-in” sessions are available to both members and non-members and will be taught by guest teachers, including The Biggest Loser coach and fitness trainer Erica Lugo. Planet Fitness’s CMO tells USA TODAY, “We are calling this movement “United We Move” because we know that the best way to stay healthy both physically and mentally is to stay active.” For brands there’s a clear takeaway: find a way to bring your unique service to young consumers via their screens until they can come back. 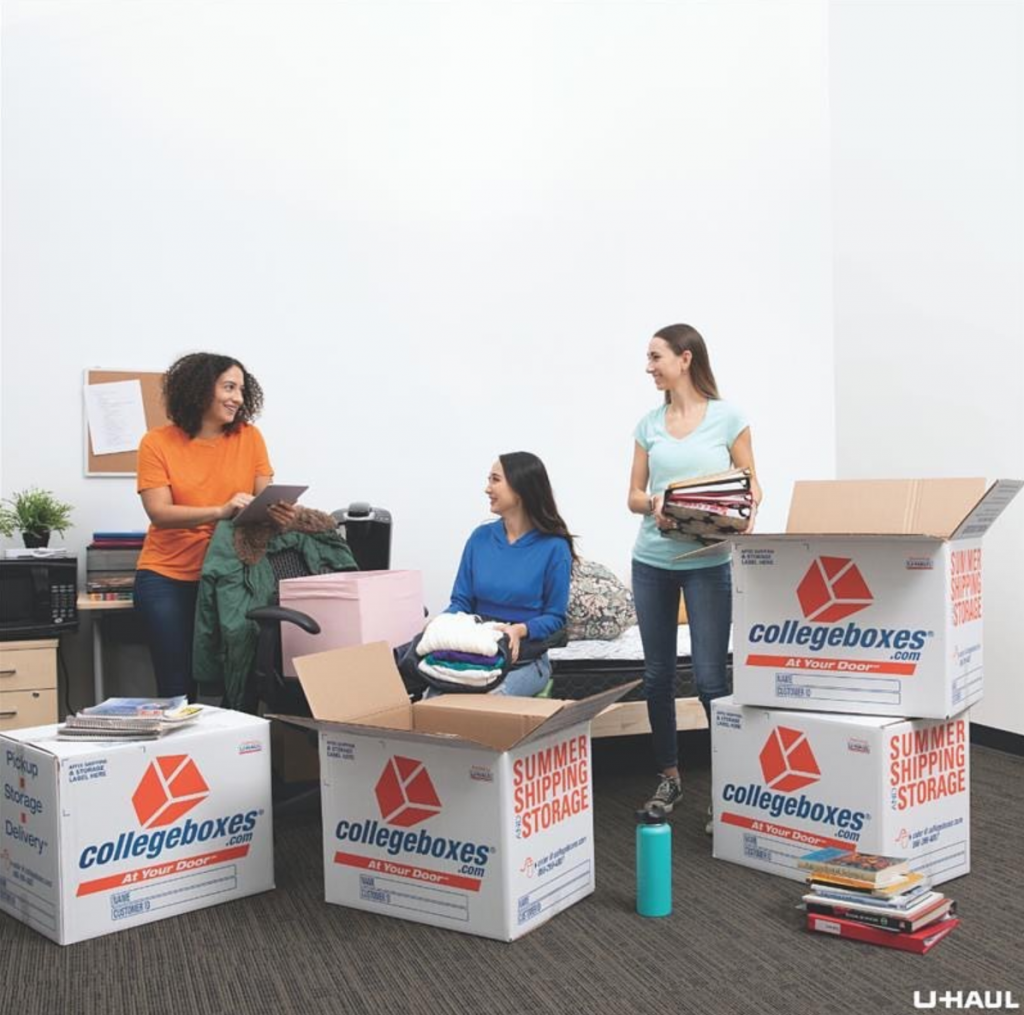 Universities all across the U.S. (including study abroad programs) have closed or moved online for the remainder of the semester, leaving many college students and their families scrambling to figure out their options in evacuating, moving home, and emptying their dorms. U-Haul has offered a solution—they’re allowing students with valid college IDs to rent a self-storage unit for free for 30 days. U-Haul will extend 30 days of free self-storage at U-Haul-owned and operated facilities to help college students impacted by unforeseen schedule changes at their universities. As young people find themselves in urgent situations, brands that help them out will likely be appreciated not just at the moment, but after the crisis is over.