From exclusive releases on social media to virtual concerts on gaming apps like Fornite and Minecraft, the future of music marketing is here…

With concerts and music festivals cancelled and postponed, musicians have been finding ways to keep their fans entertained. From live streamed charity concerts to jumping on TikTok, celebrities have been joining some of the most popular apps among Gen Z and Millennials to reach their younger fan base. YPulse’s COVID-19 special report on entertainment found that 30% of 13-39-year-olds are regularly live streaming content in their free time.

Thanks to COVID, artists have scrambled to come up with creative ways to reach their fans and stay afloat as the virus has been “wreaking havoc” on the music industry. Their new reliance on digital platforms has put the marketing music to Gen Z in fast forward, giving nascent trends major pushes. Here are some of the ways music marketing has been transformed: 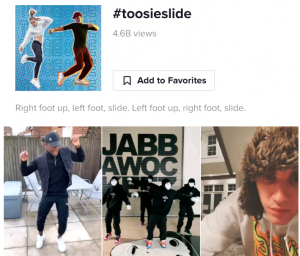 Of course, promoting music on social media platforms isn’t new. When Lil Nas X first emerged onto the music scene, he went viral organically on TikTok with the release of “Old Town Road.” It put the wheel in motion for other new artists’ songs to be featured on the platform. Megan Thee Stallion and Doja Cat also found success on the app thanks to viral dance challenges featuring their singles “Say So” and “Savage”—which have since been remixed by mega pop stars Nicki Minaj and Beyoncé for COVID relief efforts. Earlier this year, in a partnership with Chipotle for the Super Bowl, Justin Bieber heavily pushed his song “Yummy” for #TikTokTimeout and reached 95 million users on the app. But quarantines have made the TikTok release one of the best ways to market a new track. Gen Z favorite rapper Drake tapped the app for the release of his new song “Toosie Slide” in April, engineering a massive trend for the track before it was even officially released. Prior to the single’s release, Drake made the “genius move” of working with dancer Toosie to create a custom dance for the track. In March, the dancer shared it on social media along with a snippet from the song, and fans took the moves to TikTok immediately. Within two days of launching, the hashtag #ToosieSlide garnered one billion views, making it the “fastest music trend” to hit the app. As of now, the hashtag has 4.6 billion views. Unveiling a new dance trend during a time when TikTokers are more active online assisted in giving the song its boost. While it saw a massive growth last year prior to the pandemic, TikTok has emerged as the breakout app during the pandemic and our data shows that it has grown more than any other platform during the quarantines. As musicians and bands like BTS, Justin Bieber, and Drake continue to drop songs there, TikTok’s position as the go-to platform for music releases is quickly being cemented. 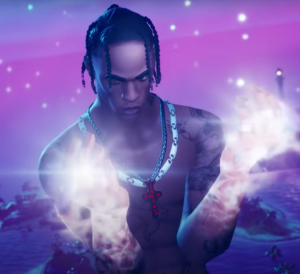 Pre-pandemic, virtual music festivals and other music events in video games were a rising trend. Quarantine has likely made them in industry staple. Last month, Travis Scott collaborated with Epic Games to host Astronomical in Fortnite—arguable the most successful virtual concert to date. During the two-day virtual concert tour, he performed songs from his Astroworld album, and debuted a brand new song exclusively on the app. The concert even had in-game virtual merch tied to it, including a new skin of the musician. More than 12 million people tuned in—“an all-time record” for the battle royale game according to the developer. Marshmello’s virtual concert was the previous record holder in that spot, with 10.7 million virtual attendees last year. Because of the success of Scott’s concert, the app unveiled a new no-guns “party royale” mode where Diplo performed a live set. Broadway star and To All the Boys I’ve Loved Before: P.S. I Love You actor Jordan Fisher also made appearances before and after the show. With the Astronomical concert bringing in millions of attendees, the platform could potentially attract more musicians who’ve had to cancel or postpone in-person concerts and tours due to COVID.

Fornite isn’t the only gaming app musicians have flocked to for virtual concerts during quarantine. Indie artist Soccer Mommy tried to host a virtual concert on Club Penguin, but ended up postponing due to fans overwhelming the servers. Now, trip hop band Massive Attack is headlining Minecraft’s Block by Blockwest festival along with other alternative rock bands like Pussy Riot, IDLES, and HEALTH on May 16. Virtual concerts were already going to be a part of the future of music, but thanks to COVID, they may play a bigger role than they ever would have. Young consumers are looking forward to attending large events in the future, but not until they feel safe doing so, which means alternatives will be essential for artists and fans. 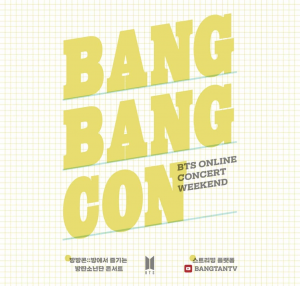 In February, when the K-pop band BTS previewed a new track on TikTok ahead of the release of their Map of the Soul: 7 album, and devoted fans flocked to the app practically breaking the internet with their excitement. During the pandemic, their “Boy With Luv” video broke YouTube records for most views in 24 hours when they released it on April 12. In the same week, BTS launched a new virtual concert convention on the platform to “fill that live concert-shaped void” in fans’ hearts. Because they had to postpone their North American tour, they put together Bang Bang Con, a free two-day “online concert weekend” on their YouTube channel—along with a coinciding series of posts on Instagram. The marathon featured past performances from some of their biggest concerts and it pulled in over 50 million views. Bang Bang Con, as Rolling Stone put it, “has opened a new avenue for entertainment.” While livestreams have become common, re-airing concert footage rom past tours for a livestream is unique—and clearly was a success. The digital retour was a communal experience for fans, with millions reportedly watching simultaneously and reacting in real time on social media. With the future of concerts in question, this kind of online concert event will likely become a regular part of the industry going forward. 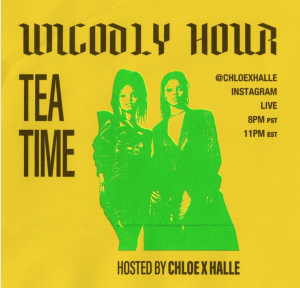 Some artists, like Lady Gaga, have chosen to postpone the release of their albums because of COVID, but others are moving forward and using social media to promote their new work. Conan Gray—a current obsession of Gen Z—released his album right at the start of the outbreak, and took to TikTok to promote it in lieu of an in-person press tour. But TikTok isn’t the only platform young artists are turning to. Pop duo Chloe x Halle, who we featured as rising talent to watch in 2016, is releasing their new album The Ungodly Hour this summer, and instead of pushing back the release date, they’ve taken to Instagram to preview some of the tracks. During their #TogetherAtHome concert, they performed snippets from their new songs “Do It” and “Catch Up” and have started a weekly “Ungodly Hour Tea Time” on Instagram Live where they reveal details about their new music. Even the music video for “Catch Up” (which couldn’t be physically filmed due to COVID) was completely digitized, and announced on Instagram. According to Thewrap, Instagram has seen a 70% increase in the usage of the Live feature in the last month and it’s clear that the music world is starting to rely on it, a trend that isn’t likely to stop anytime soon.