From Goth Clutter to At-Home Cubicles, These Are The Home Trends On the Rise 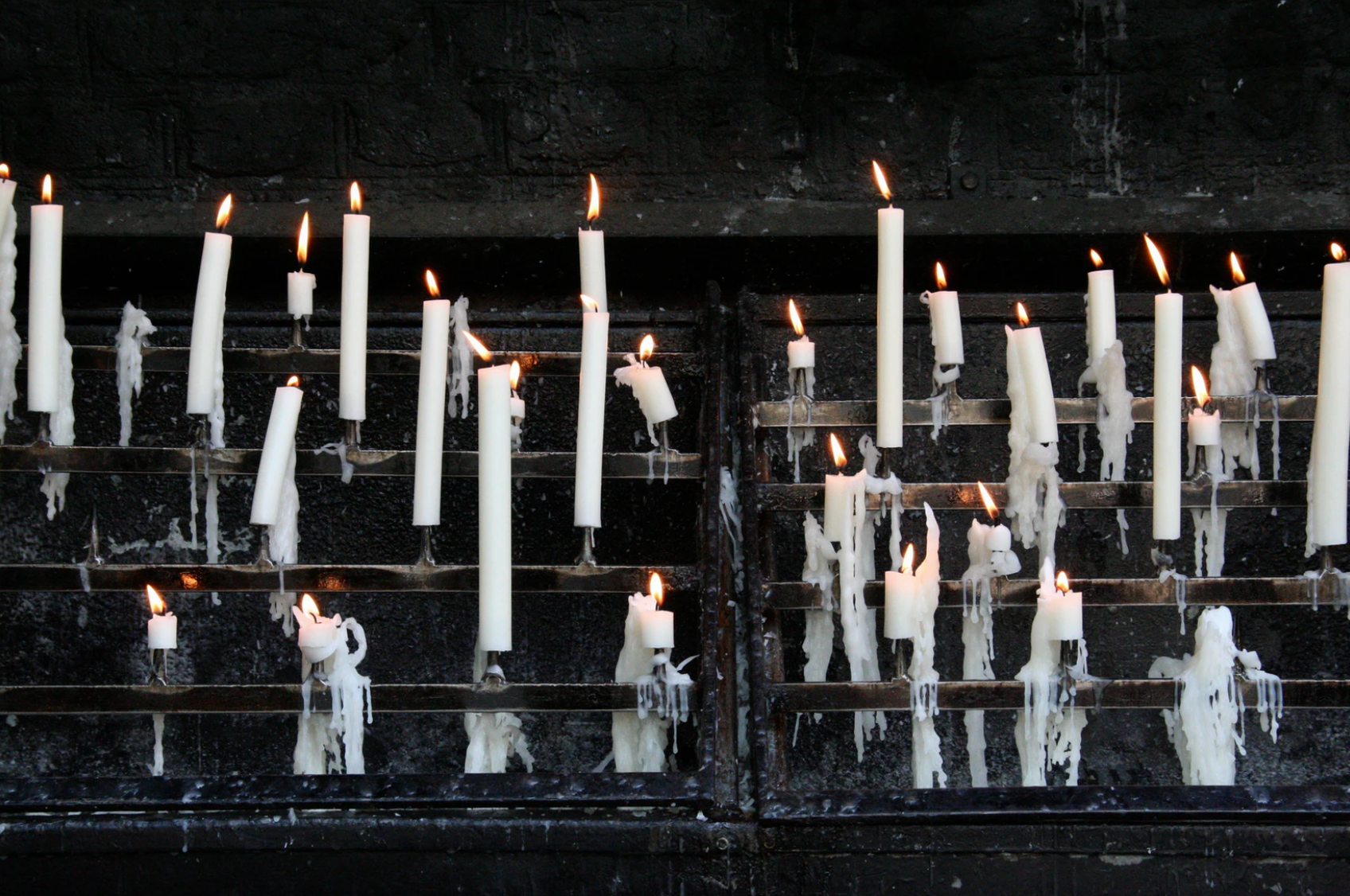 As young consumers continue to focus on making their home spaces as comfortable as possible, these four home design trends are getting more popular…

The meaning of home has changed during the COVID era. While most young consumers are finding themselves at home more than ever, YPulse’s No Place Like Home trend report found that 83% of 13-39-year-olds believe their home has provided them with comfort during this time, while 46% of quarantined young people say they have become more interested in creating a better space in their home to relax.

The need to feel comfortable in their own space has led to a surge in decorating and DIY projects. Our research found that 61% of 13-39-year-olds have indeed become more interested in decorating and furnishing their home. Home improvement companies like Lowe’s and Home Depot have seen increases in demand in the last several months. Lowe’s saw an “early surge” in sales in April, up 14.1% for the month, while Home Depot recently reported its “strongest quarterly sales growth” in nearly 20 years (thanks in part to a certain giant skeleton).

From food and baking to fashion trends, cooped up young consumers have turned to everything they can to keep themselves entertained and occupied while at home. And with the emergence of more home improvement comes the birth of new decorating trends and aesthetics. The proof is on social media: On TikTok, hashtags like #interiordesign has 2.8 billion views, while #falldiy has 2.1 billion views. And in the wake of a chaotic year spent mostly at-home, long-standing decorating trends are being shirked in favor of something new. Here are four home design trends that have been taking over Gen Z and Millennials’ spaces during the pandemic: 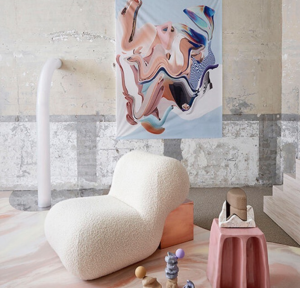 After years of minimalism ruling design, maximalism is beginning to trend, as people look for, as Vox puts it, “more lived-in, colorful places where you’d actually want to spend time.” The aesthetic means decorating to the point of excess—and even ugliness—with “overstuffed, garish, and glorious” furniture and decor that is often random and mismatched. For some, that means filling up their rooms with weird and “terrible art.” On TikTok, the hashtag #maximalism has 7.5 million views. Of course, maximalism wasn’t just recently born out of thin air: It came from trends like “Kindercore, “texture galore,” and “statement doorknobs,” which were all listed on Architectural Digest’s design predictions for 2020. Squiggles and freeform blobs are also part of the theme, and they’re popping up more frequently on Instagram. Popular design accounts like @getclever, @2LGstudio, and @__sitio are now full of those exact things, while shops like @lottablobs and @wiggleroom.nyc exclusively sell “curvy mirrors” (which are always selling out), couches shaped like “puzzle pieces” or “oversized organs,” and pillows contorted into “chubby knots.” Then, there’s the “blobby” Goober candle from design firm Talbot & Yoon that everyone is obsessed with. Co-founder Mark Talbot told VICE that “there’s already a lot going on in the world and it’s a very chaotic place, but if you have these kinds of objects that you can attach some kind of emotional resonance [to], or you feel some kind of emotional resonance with, then you continue to enjoy them.” So, during a year full of messiness and unpredictability, it shouldn’t come as a surprise that young consumers want to end 2020 by expressing themselves with the same kind of aesthetic in their very own home. 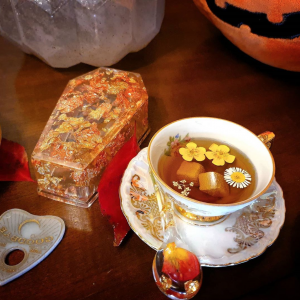 Following in the footsteps of homebound young consumers’ getting more into maximalism to convey the chaos they feel this year is this “darker” trend: Goblincore. You may recognize it by its many other names: “Cottagegoth”, “feralcore”, or “gremlincore”—all feature cluttered collections of goth-esque items and nick-knacks. Oh, and a lot of mushrooms. We previously told you about the rise in cottagecore’s popularity trend since COVID began, and this much gloomier version is for those who “don’t want spooky season to end.” But it’s also a clear antidote to the decade-long trend of empty surfaces and sterile minimalism in home design. According to Mashable, the aesthetic “was born on Tumblr, found a home in LGBTQ circles, and hit the ground running on TikTok” and is an twist on “Dragoncore.” Much of the aesthetic celebrates the aspects of nature that most find ugly or dirty—from frogs to snails to outdoor elements such as moss and mud, and plants like mushrooms. “If cottagecore is Snow White singing to the birds while she bakes a pie, goblincore is honoring the lives of those birds after they die by turning their carcasses into wall art for Baba Yaga’s hut,” Morgan Sung wrote in her Mashable article. “Both aesthetics share a desire to escape, but goblincore is distinctly gritty, chaotic, and more often than not, a little bit occult.” The hashtag #goblincore on TikTok has 127.6 million views, while #cottagegoth has 386.7K views, and more than 128K results appear on Instagram under #goblincore. Some of its most popular content features users sharing tutorials for DIY moss terrariums with upcycled candle vessels. Meanwhile, “dark academia” is an aesthetic that has taken over social media since the beginning of fall, and is described as one that “romanticizes a passion for art and knowledge.” The hashtag #darkacademia on TikTok has 183.3 million views, while hashtags like #studygram and #studyblr (which have generated millions of posts) shows similar content on Instagram. 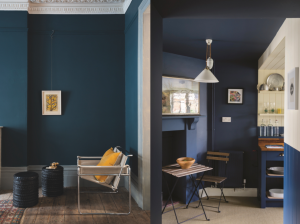 Our No Place Like Home trend research found that “modern” and “neutral colors” are the top ways young people describe their home decorating style. But even those neutral colors are getting a rethink during this time. Because young consumers are spending more time within the four walls of their home, they’re taking the initiative to literally paint those four walls to the colors that give them solace—and make them feel less “claustrophobic.” General Paints Group-owned brand Curator has seen an “increased demand” during the pandemic, and staff is finding that their usual customers want different colors than they did before. Their most popular grey Shavehook (which has a “flat, dark hue”) dropped by nearly 90% from March to September compared to the seven months pre-COVID. Browns and reds are reportedly out, too. Instead, they’re seeing colors like blues, greens, “organic neutrals,” handfuls of bold pinks, yellows, and purples, fly off the shelves. According to the brand’s paint expert, buyers are seeking those colors as a form of “escapism.” Glossy paint is having a moment as well. According to Curator, global sales of their most popular greens (Fisherman’s Boat, Dock Leaf, and March Day) increased by 59% during the pandemic, while neutrals like Scalloped Silk, Soft Bisque, and Stoney Way increased 57.8%. Similarly, paint company Farrow & Ball saw their shades of blues increase 28% especially with Hague Blue and Stiffkey Blue, which are described to have “warm, rich hues” which can evoke feelings of “calm and creativity.” Shades like Down Pipe, Railings, and Cornforth White have also seen a surge. And thanks to the internet and social platforms like Pinterest, customers are able to make a paint plan prior to making a purchase. Farrow & Ball’s “color consultancy” service, which operates via video chat, has “been more popular than ever.” For those who want a less permanent option, peel-and-stick wallpapers from brands like Calico Wallpaper, Fromental, and Artemis Walls, with “pops of color” have been thriving during this time too. 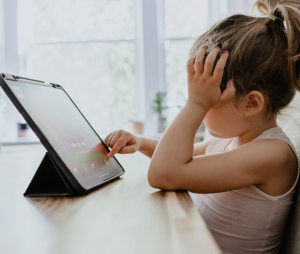 We found that over half of employed Millennials are currently working from home, and 49% of work from home employees are interested in having a home office. Of course, many of those workers are finding ways to transform spaces in their apartment or house into a place where they can comfortably work and be productive. But it’s not just grownups who are working from home these days, it’s students too—and kid cubicles are a rising at-home office trend. Some moms are going viral for showing off their DIY cubicles on social media, with one TikTok showing off a mom’s cubicle solution for her six kids getting over 2 million views. As Millennial parents find themselves working at home and simultaneously tending to kids who are remote learning, they’re spending “hundreds and sometimes thousands of dollars to set up makeshift home classrooms for their children—from first-graders to marooned college students.” Ahead of the school year, we told you how a majority of back-to-school shoppers were mostly buying supplies for at-homes schooling. Over the summer, brands like Bed Bath & Beyond got into the home craze by launching home collections ahead of the academic year to specifically target college students remote learning from their childhood homes. According to the retailer, they saw searches for desks and office chairs increase more than 200%. Meanwhile, Wayfair reported that sales of student desks were up 129%. The NPD reported that sales for tech gadgets like notebook computers jumped 46% between July and August compared to last year, while USB webcams (174%), PC headsets (109%), monitors (78%), computer mice (70%), routers (60%), and keyboards (40%) saw similar spikes. The Wall Street Journal also reported that residential developers across the U.S. are “rebranding” units with more appealing “work-from-home amenities” and other “souped-up work spaces.” Some developers from LA and other major cities are converting their buildings to include co-working spaces, Zoom conference rooms, soundproofed podcast recording areas and “Jam rooms,” and TikTok studios, a small space “ideal for one or two people to make TikToks.”