Millennials’ Favorite Brands (and More) of 2017 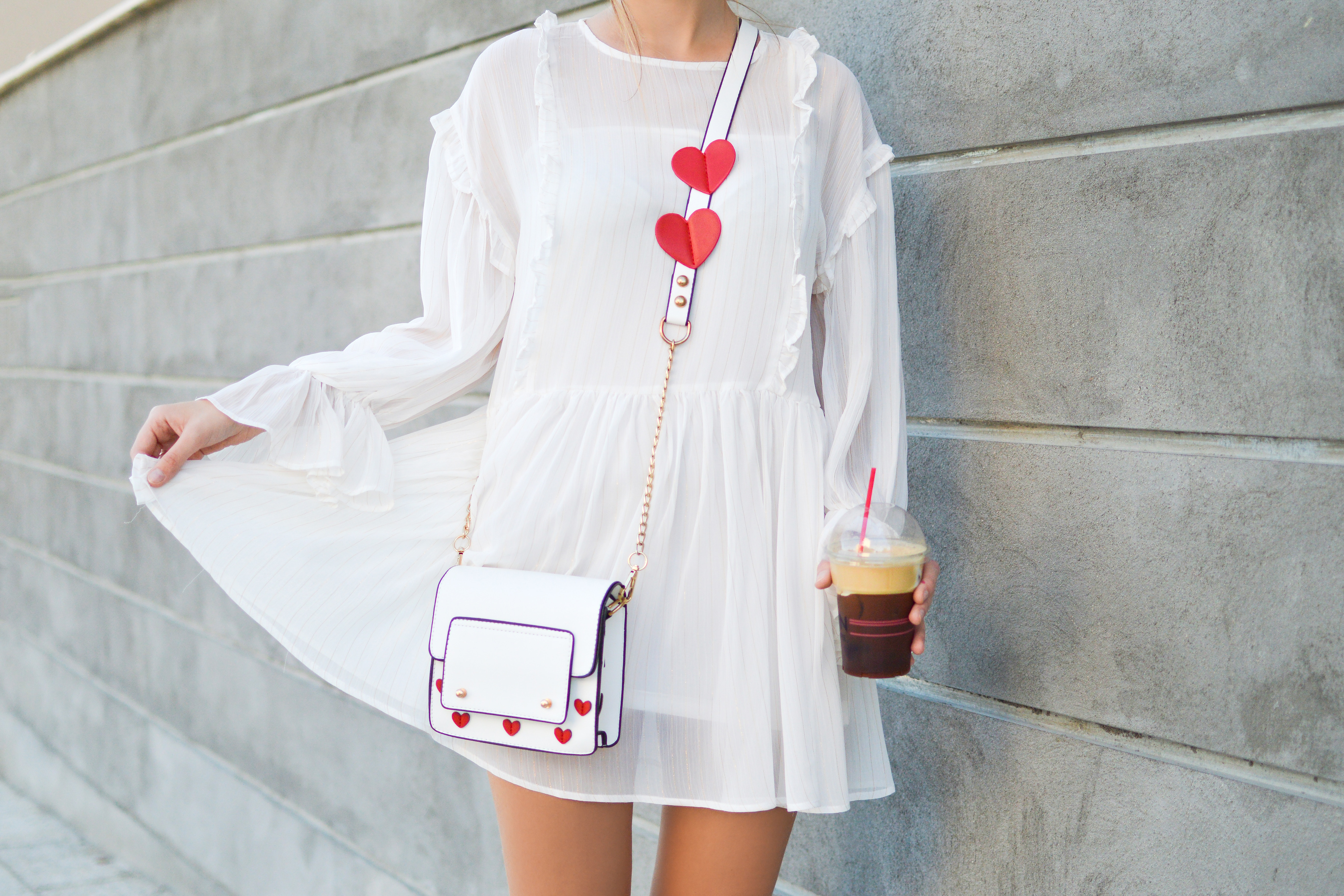 Do you know Millennials’ favorite clothing, fast food, tech, alcoholic beverage, or retail brand? We do, and more…

Over the course of 2017, we survey 18-35-year-olds on a huge range of topics—covering everything from tech to beauty. Ypulse’s monthly surveys (available in full to our Gold subscribers) keep tabs on the generation’s behaviors and preferences—including their favorite brands and people. This year, we asked them all about which companies have caught their attention, what brands they want to buy, who they rank as their top celebrities, and more. Here’s your exclusive look at the list of who won out with Millennials in 2017: 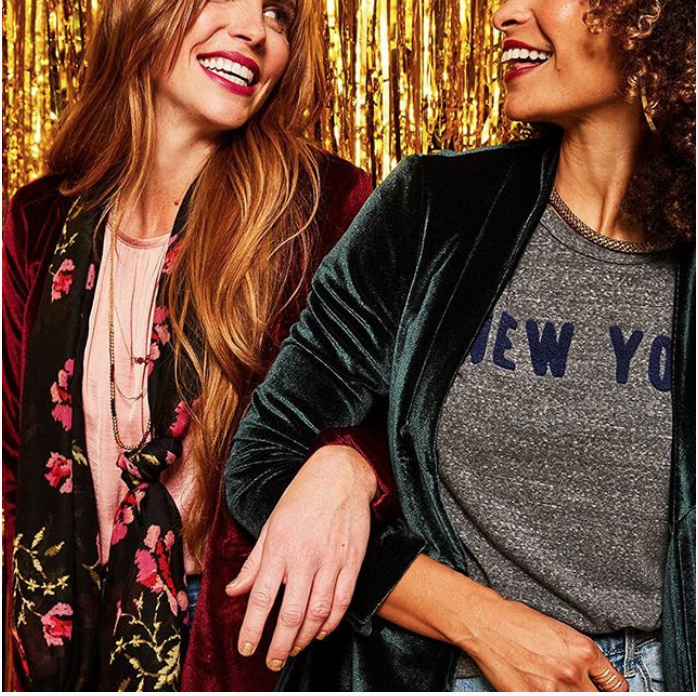 While Nike made the top of the overall favorite clothing brand among 13-34-year-olds, when we looked at just 18-34-year-olds, Old Navy was the most mentioned brand. Affordability, style, and quality for the cost were the most common reason that respondents named the brand. A 27-year-old-female summed it up: “The clothes are in a good price point, lots of variety and on trend.” Females were the ones who fueled Old Navy’s popularity among Millennials—males were far more likely to say Nike was their favorite. 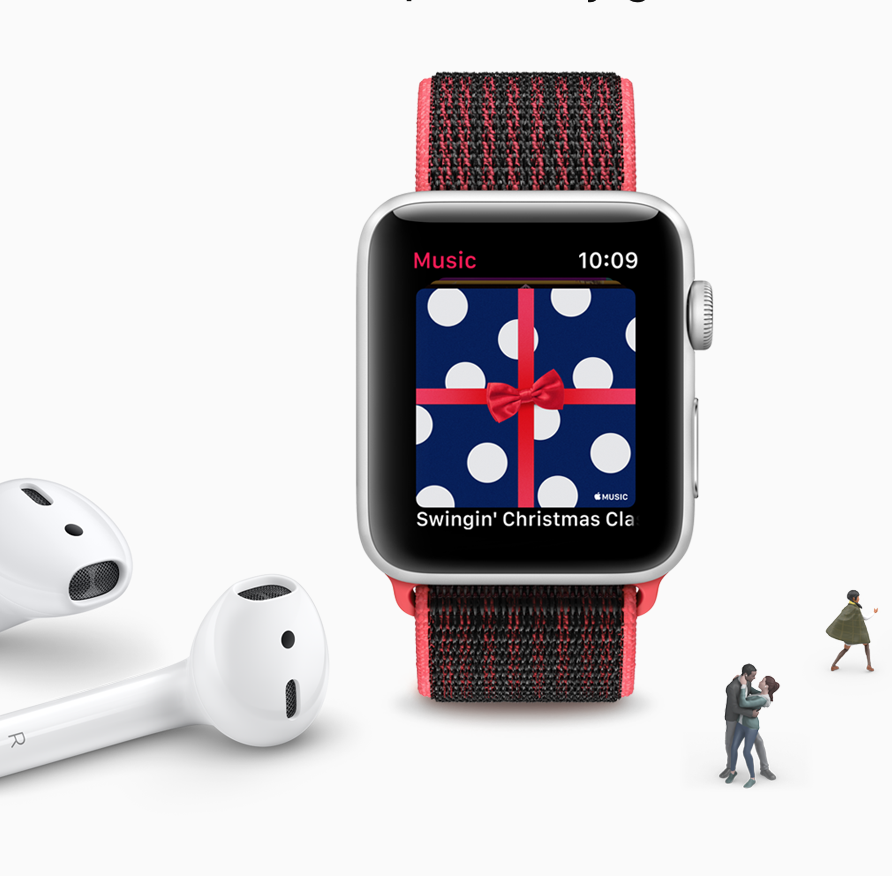 Their hold over young consumers is still going strong. Not only was Apple by far Millennials’ most named favorite tech brand, iPhone was the second most named coolest tech product right now—second only to VR. One 25-year-old male told us, “Apple is an innovative and forward-thinking technology brand,” and a 32-year-old female explained, “Apple is my favorite brand because they set the trend for other brands to follow.” But interestingly, there are some hints that Apple is maintaining their spot as Millennials’ top tech brand because the brand is already so embedded in young consumers’ daily behavior. After saying Apple is her favorite tech brand, a 23-year-old female told us, “My iPhone is a necessary evil at this point. I would honestly prefer to get an android but it’s just too difficult to switch now…” 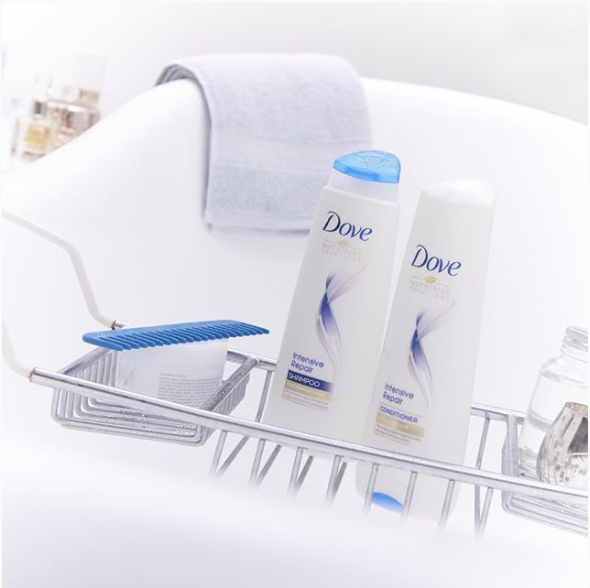 Dove made the top of the ranking for both males and females 18-34-years-old, continuing their reign as the most-mentioned favorite beauty/personal care product brand. Affordability and their signature empowered marketing are likely bolstering their standing. Though the Dove had a marketing misstep later in the year (when their Facebook page posted a GIF promoting body wash, showing a black woman taking off a brown shirt to reveal a white woman in a cream-colored top) we wouldn’t be surprised to see their reign continue. 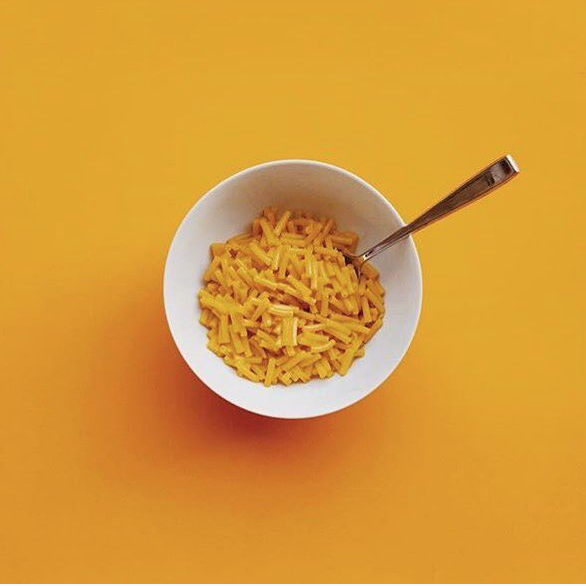 Nostalgia works its magic for Kraft, which was Millennials’ favorite food brand again this year (contrasting with Gen Z’s favorite, Doritos). As we saw in 2016, mac and cheese was a recurring reason that young consumers named the brand—and in fact, their association with cheese in general might be helping them out. One 24-year-old female told us she named Kraft because, “Most of their products include cheese which I love.” The childhood memories of mac and cheese are also helping the brand here—many Millennials mention that they ate the product growing up, so count it as a favorite today as well. One female respondent simply said, “Good quality. Nostalgia.” 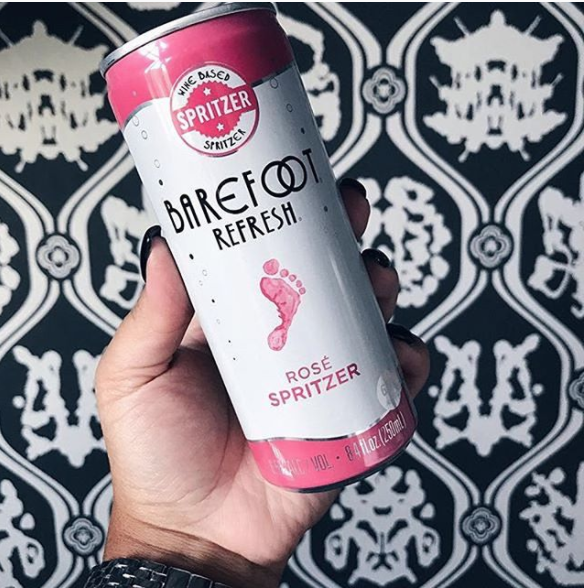 In a slight shift from last year’s ranking, wine took the top spot on the list of 21-35-year-olds’ favorite alcoholic beverage brand right now. Because there are so many wine labels mentioned, we combined the individual mentions to represent their interest in wine brands overall. But we will say that Barefoot was the most mentioned specific brand. Yahoo Finance reports that Millennials’ love for wine is changing the industry. While they may only make up 29% of wine drinkers in the world, they account for 34% of total wine consumed. According to Infiniti Research, younger drinkers’ healthy preferences are giving a boost to the global organic wine market, which is expected to grow at a compound annual growth rate of 9.98% until 2021. 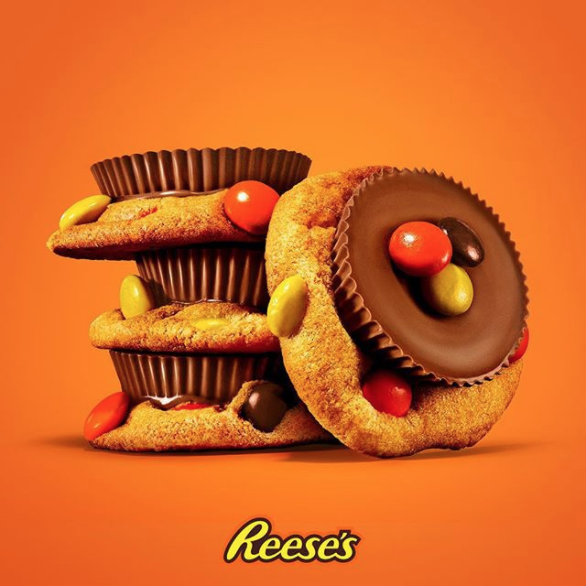 Reese’s topped the list of favorite candy among both Millennials and Gen Z. While chocolate featured prominently in the overall top 15 candy list, Reese’s was a clear favorite—and also made the top of the list of their favorite Halloween candy. Are they eating candy all the time? Maybe not, but according to Ypulse’s survey on health and fitness, 84% of 13-35-year-olds told us that they let themselves indulge in unhealthy food, and 40% of 18-34-year-olds report eating candy/sweets for snacks in a typical weekday. 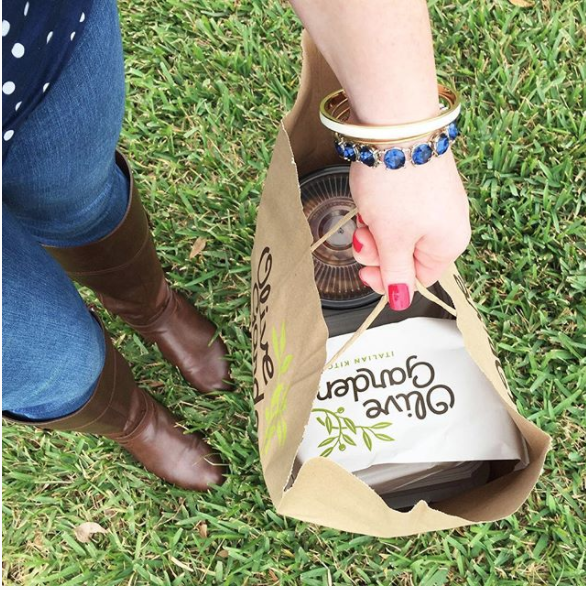 We’ll say this first: when we ask 18-35-year-olds what their favorite sit-down restaurant is, local restaurants are mentioned more than any branded restaurant. But moving past that, Olive Garden is the chain that young consumers mentioned most as their favorite. The brand might not be too surprised by their standing—in fact, they’ve been saying that Millennials aren’t killing restaurants at all. Darden Restaurant Inc.’s CEO announced this year that both their Olive Garden and Cheddar’s chains over-index with Millennials, saying the notoriously fast casual-favoring demo makes up 30% of all their guests—6% more than the overall population. 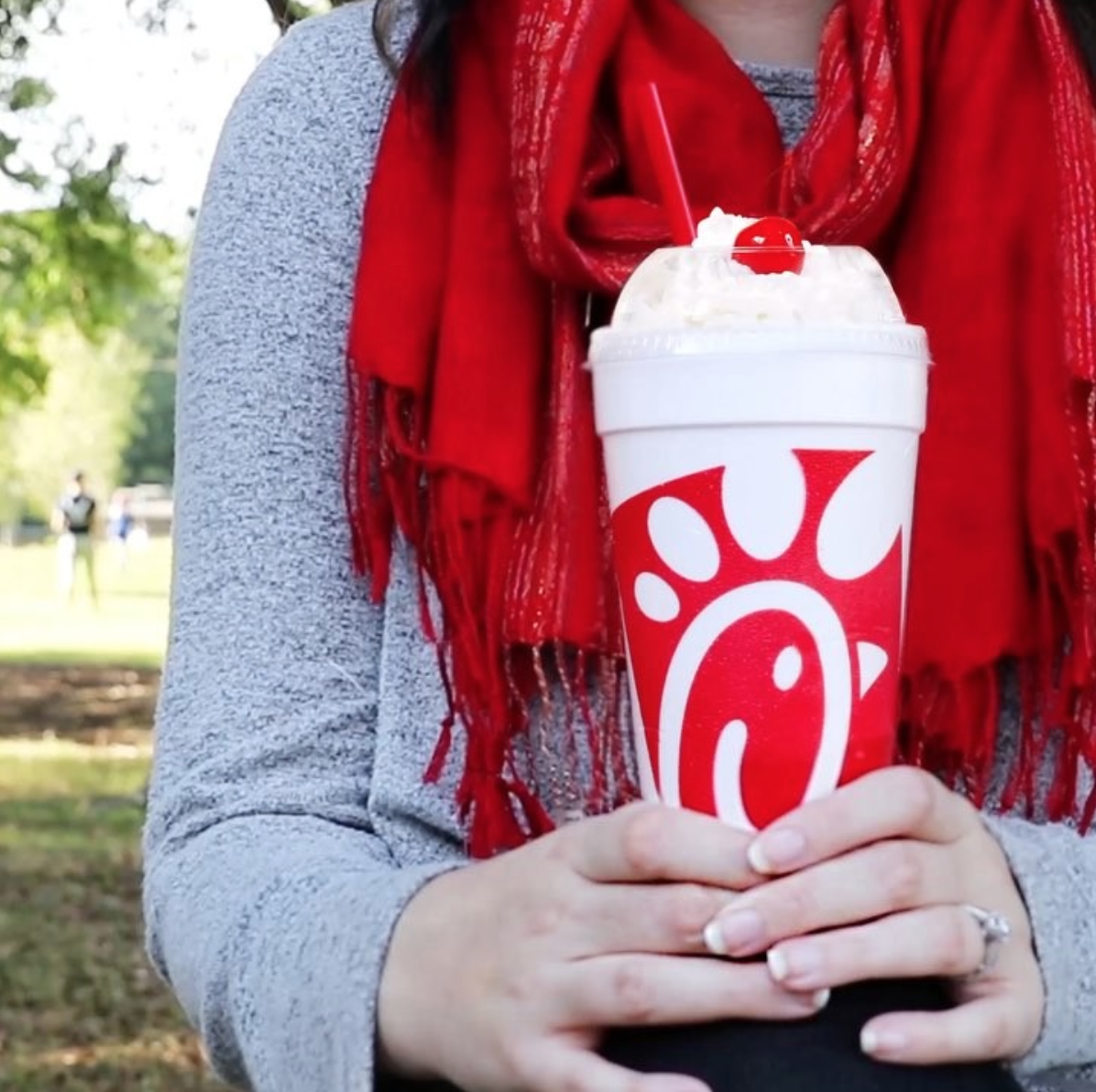 Though McDonald’s was at the top of the overall favorite list, Chick-fil-A actually made the top of the ranking among Millennials—by just a few mentions. By the way, 83% tell Ypulse that they eat at fast food restaurants sometimes, even though they know they’re not healthy. However, among female Millennials is was a very clear winner. In this year’s brand equity study by The Harris Poll Chick-Fil-A dominated the chicken category with lots of love from Millennials and parents. Starbucks had quite the year, and hasn’t been beat yet as Millennials’ favorite place to buy coffee in our ranking. For the third year in a row, the chain rules the list of favorite places to buy coffee, and was the top chain mentioned among Millennials, Gen Z, males, and females. This year, the brand struck upon a new way to get young consumers through their doors: Instagrammability. Inspired by the viral unicorn trend, Starbucks’ Instagram-ready Unicorn Frappuccino made quite the impression when they released the limited-edition beverage in April. 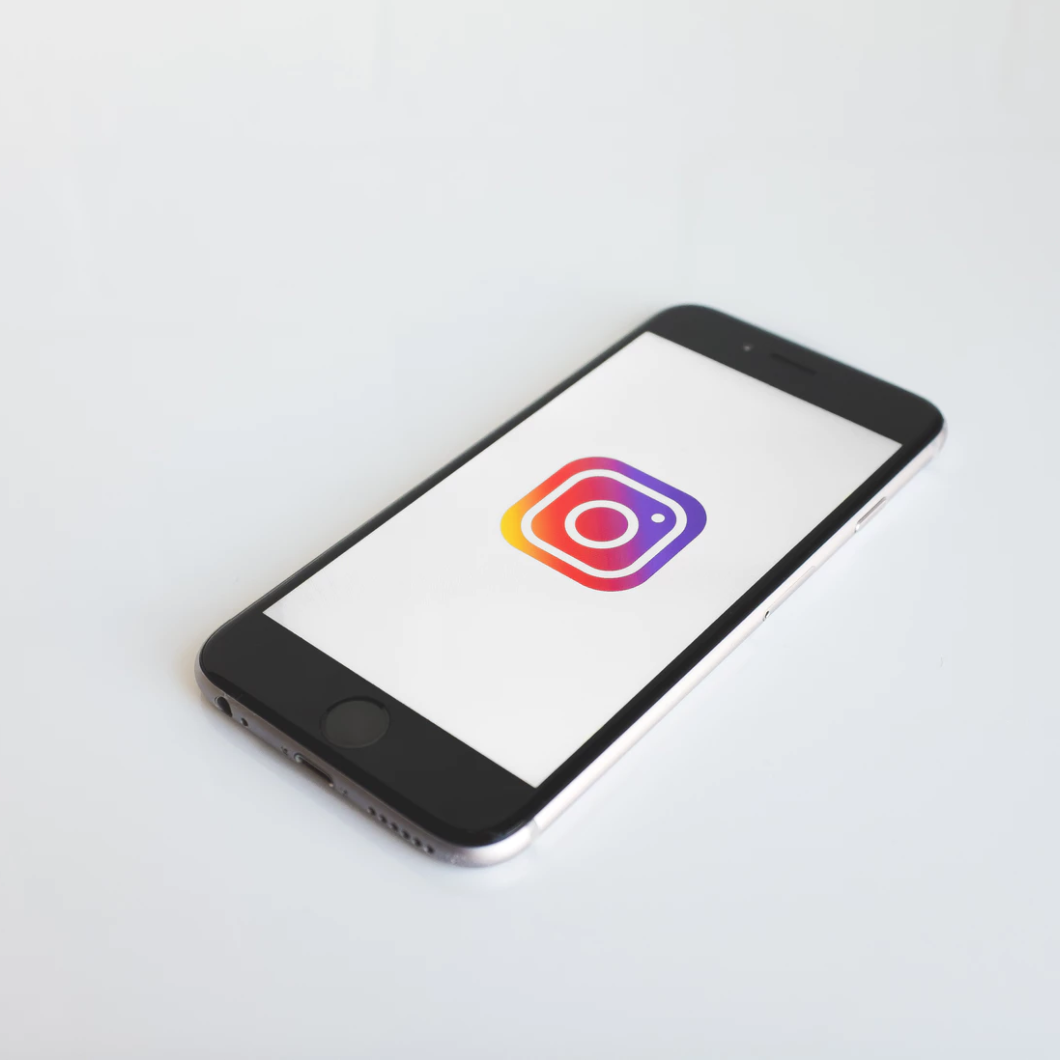 This was the year of Instagram VS Snapchat, with the former adding features that look remarkably like their competitor Snapchat’s—all in the name of the battle for young consumers. They introduced ephemeral messaging, added geostickers, and other features that feel Snapchat-esque this year, and their ploy seems to be working—among Millennials at least. While Gen Z named Snapchat as their favorite app, 18-34-year-olds were most likely to tell us their favorite is Instagram. And when we looked at the 15 apps that Millennials & Gen Z say they can’t live without, Instagram was number two on their list. 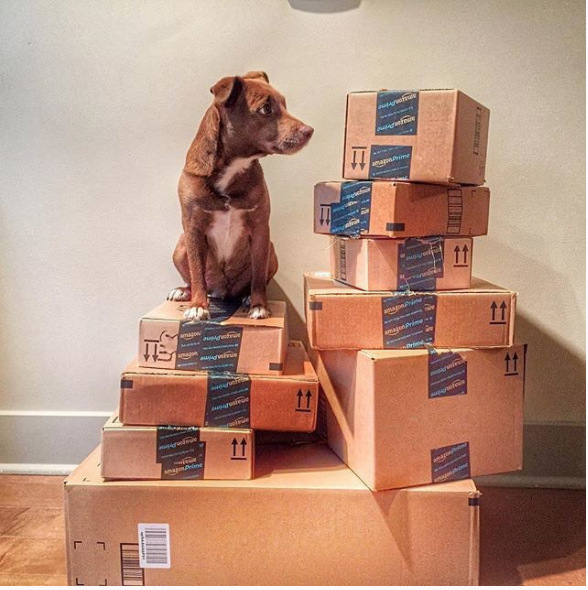 Millennials love Amazon. It was, unsurprisingly, their favorite place to shop online—and we even chronicled their love affair with the site earlier this year. When we asked Millennials what stores they usually shop at, Amazon was also at the top of the list. “One stop shopping” is very popular with a generation short on time and patience. Speaking of patience, Amazon’s ability to get the products they want to them in no time flat—thanks largely to Prime—was also frequently mentioned as a reason they love the brand. But Amazon also offers the peer-reviews that they live by. One 30-year-old male told us, “They have a variety of products and a ton of reviews. I rarely purchase something online before reading a review.” Being a one-stop-shop that sells “everything” put Target at the top of the list of Millennials’ favorite places to shop offline. But young consumers also spoke of the experience of shopping at Target, with one 29-year-old female explaining, “Because I get lost in it and remember things I’ve been meaning to buy for like two years.” Another 27-year-old female gave this enthusiastic review: “Target feels like home. I know what I can find in it and where to go once I’m in the store. It’s not too big or too small. It’s not too expensive or too cheap.” Target is discount without feeling cheap, and for two generations who have been trained to shop for bargains, that’s hard to resist. 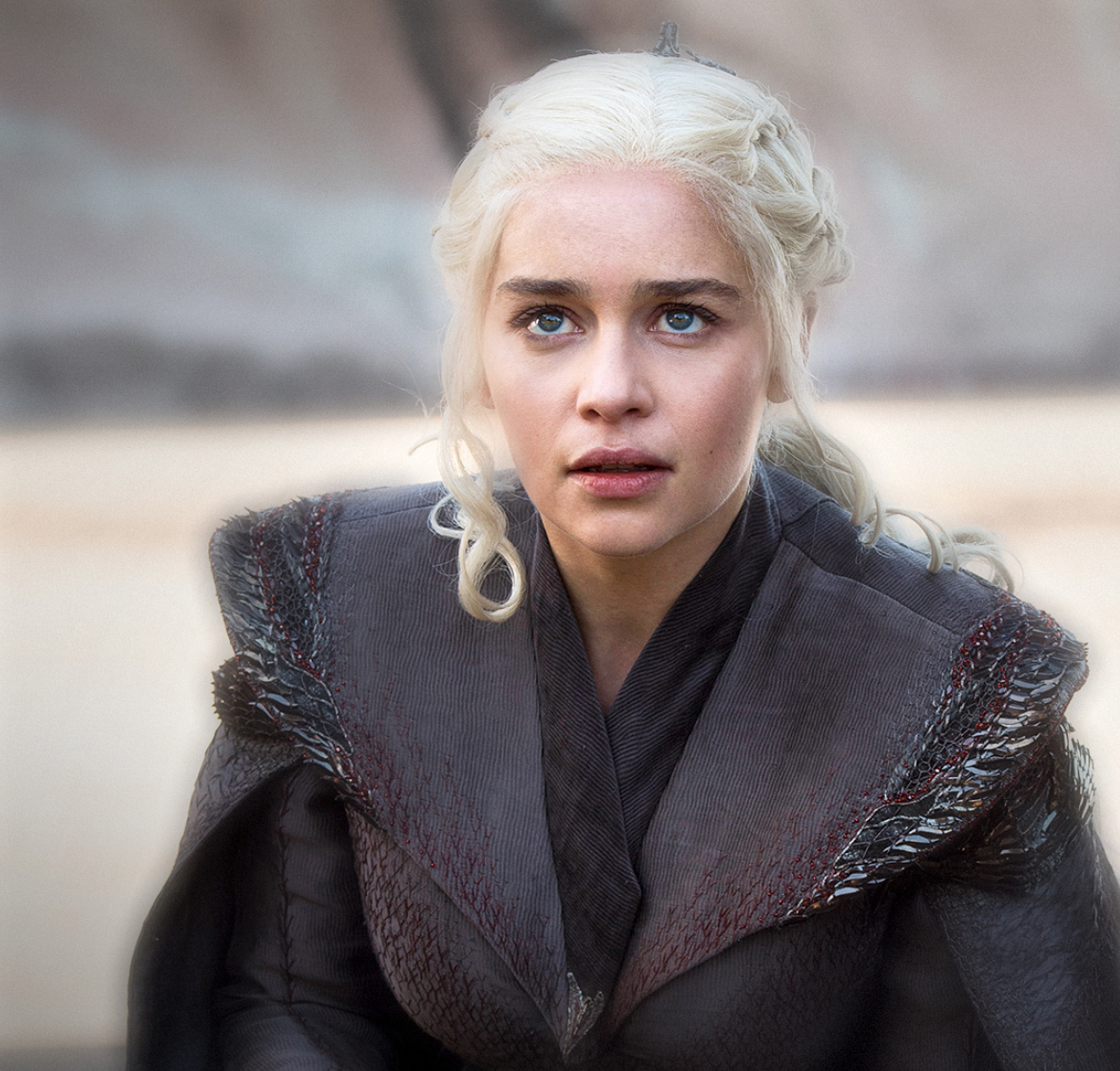 Game of Thrones was Millennials’ favorite TV show this year—among both males and females. Our survey on TV and entertainment also found that it was the show at the top of the list of series that Millennials watched most loyally, and it also made second place on the ranking of Millennials & Gen Z’s 17 favorite TV shows of all time. A major topic of cultural conversation at all times, fake spoilers became a meme this year, in advance of the big finale. 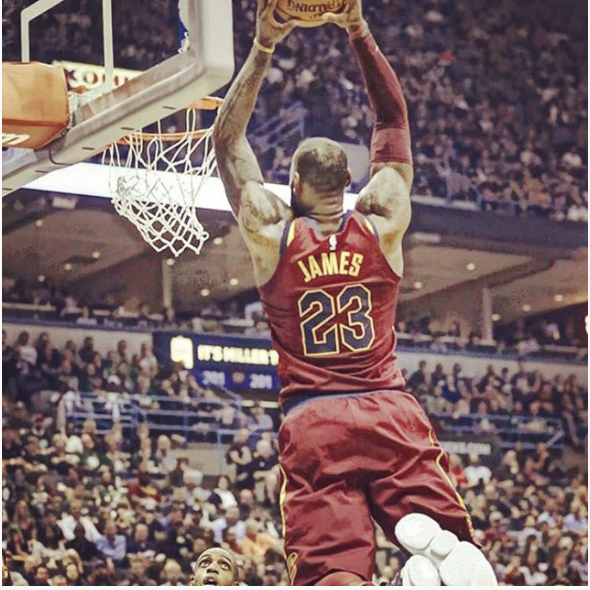 This year, LeBron James was back on top as Millennials’ and Gen Z’s favorite athlete, after losing out to Steph Curry in 2016. The two players have been the top two picks for young consumers’ favorite pros for three years running, making the NBA an undisputed king of top favorite athlete talent. But there was a very clear gender divide in the responses. While males 18-34-years-old were most likely to name LeBron as their favorite (followed closely by Lionel Messi), females were far more likely to name Serena Williams as their favorite. 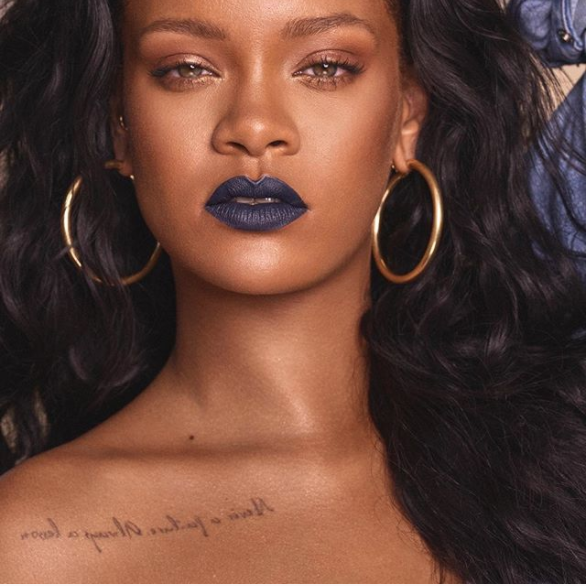 Musicians dominated the list of favorite celebrities among both Gen Z and Millennials, with Rihanna and Beyoncé battling it out for the top spot among Millennials. But Rihanna won out this year,  and timing may have helped her out. The favorite celebrity question was fielded September 8th-September 12th, almost exactly the time that Rihanna announced her new, inclusive beauty line Fenty Beauty, and drew the attention and admiration of young consumers. The announcement could have given RiRi a boost. 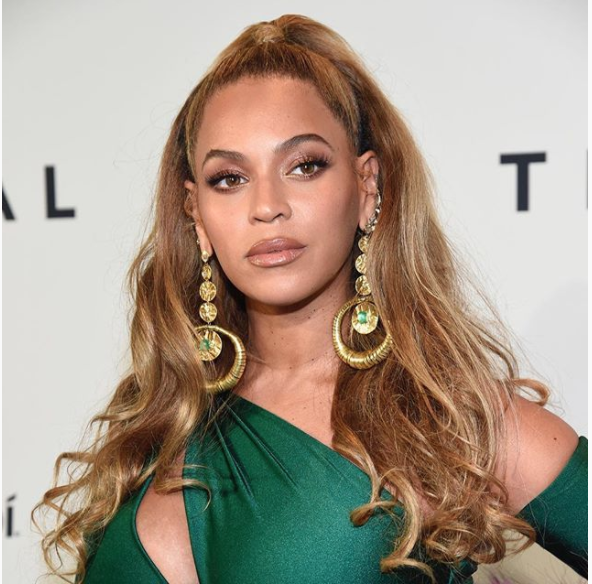 While she lost out as favorite celebrity, Beyoncé was the favorite music celebrity among Millennials this year. And Beyoncé also won out on social media. Her oh-so-extra pregnancy announcement was made through an artful Instagram post on the first day of Black History month, and it went so viral it broke internet records, beating out Selena Gomez’s Coca Cola post to be the most-liked on the platform ever with 7.2 million likes in 24 hours. During a time of intense political divide, fans were thanking Bey for the good news. Twitter reactions included: “Into each generation a slayer is born. They alone will face the vampires, the demons, and Donald Trump,” and “Beyoncé did this specifically for us, yall know that right.”