Gen Z’s & Millennials’ Current Favorite App Is Not The Same 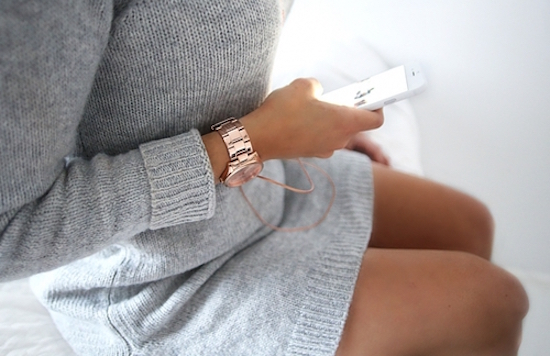 We know most of Millennials and Gen Z’s time on their phones is spent on apps, but what app is their favorite right now? We asked, and found out that different apps win out for different groups…

Half of Millennials and Gen Z tell Ypulse that they spend 1-4 hours a day on their phones—and almost three in ten admit to spending 5-8 hours on it, and last week, we told you all about what they’re doing on those phones every day. When we used behavioral tracking to go inside the phones of 18-25-year-olds the message was clear: apps dominate their attention. Their time is split between social media apps and other apps, with just 6% of their time on mobile spent on mobile sites accessed through their browsers. Mobile sites are necessary, but to truly reach young consumers on the device they say they can’t live without, apps are the only way. We know what apps they spend the most time on, but what apps are they loving the most?

In our recent mobile/app behavior survey, we asked 1000 13-35-year-olds, “What is currently your favorite app?”* When we asked them last year, Pokémon Go had just been released, and easily took the top spot, beating out all social media apps among young consumers overall. Let’s take a look at what the favorite app ranking is for 2017—and the differences between Millennial and Gen Z favorites:

*This was an open-end response question to allow us to capture the full range of apps that Millennials and Gen Z say are their favorites—without our preconceived ideas shaping their responses. As with any qualitative question, the responses include those that are top of mind and those that are most popular. The lists are ordered according to number of responses received, and alphabetically when ties occurred.

What Is Their Current Favorite App?

A lot has changed in a year. Instagram is now the top favorite app overall, and Pokémon Go has slipped to the number 11 spot—not too surprising considering the height of the app’s zeitgeist was last summer. At the same time, no other app has managed to break their user records. At its height, Pokémon Go garnered “over 90 million downloads in one week”—the next runner-up has less than half that. (Super Mario Run was downloaded 44.1 million times at launch.) Instagram’s top spot here makes sense considering how influential the app has become for young consumers. As we explored in our Instagrammability trend, it’s the era of the Unicorn Frappuccino, when food, places, products, even colors have the potential to become viral phenomena—and moneymakers—thanks to the power of the perfect social media shot. Instagrammability has become a currency for brands, and finding the perfectly picture is a rising motivator for young consumers, influencing the places they visit and the brands that they buy.

Social media apps dominate this list, and we noted in our Mobile Social Special Report that using social apps was far, far more prevalent than using social platforms’ mobile sites. But in that research, we saw that Facebook led the ranking of the social apps they spent the most time on, followed by Snapchat, and Instagram—showing us that those apps they use the most do not necessarily indicate that they’re favorites.

And in fact, Facebook wasn’t the favorite app named by either generation: 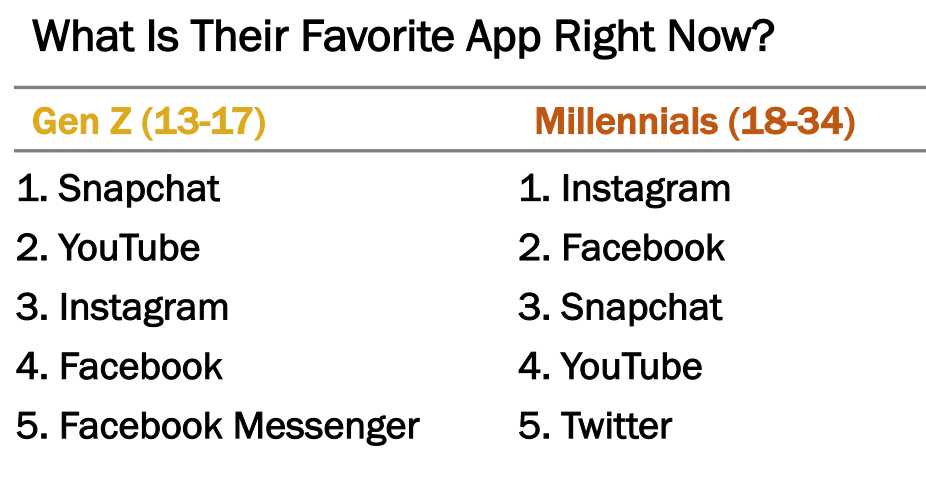