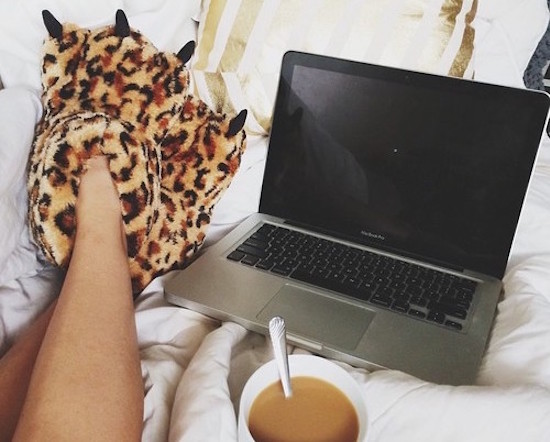 Nostalgia viewing isn’t going anywhere and young consumers are spending a good chunk of their TV viewing time watching reruns—so what are their top favorite TV shows of all time? We found out…

The Post-TV Gen is taking over, and their “disruptive” viewing behavior is becoming the norm. More than half of all viewers (not just young viewers) now say they watch their favorite show online, instead of tuning in live, according to eMarketer. Fifty percent of 16-74-year-olds who watch five or more hours of TV each week told Hub Research they watch via online sources like Netflix, signifying a “tipping point” for TV. Compare that to four years ago and it’s clear how much has changed: just 31% opted to watch online in 2014. Among the streaming giants, Netflix is winning out, and not just with Millennials: 29% watch their favorite show on Netflix, just 2% less than on live TV.

But those favorite shows might not be what you think. While Netflix and other streaming services are investing billions in originals, most viewers would reportedly rather watch reruns. Nielsen data shows that just 20% of time spent on SVODs (subscription services on demand) is used to watch originals. The other 80%? That’s dedicated to “catalog programming”: all the movies and TV picked up from outside studios. We know Gen Z and Millennials love nostalgia entertainment—and it looks like they’re just as likely (if not more) to be spending their viewing time watching classics and off-air content. And with streaming services at their fingertips, it seems the entire television archive is available for them to peruse. But what are their favorites?

In our latest survey on TV and entertainment we asked 1000 13-35-year-olds about their current favorite TV shows, but because we know that nostalgia viewing isn’t going anywhere, and Millennials and Gen Z are happy to binge already aired content, we also asked them, “What is your favorite TV show of all time?”* Here are their top 17 answers:

*This was an open-end response question to allow us to capture the full range of TV shows that Millennials and Gen Z say are their favorite of all time—without our preconceived ideas shaping their responses. As with any qualitative question, the responses include those that are top of mind and those that are most popular. The lists are ordered according to number of responses received, and alphabetically when ties occurred.

What Is Their Favorite TV Show of All Time?

There have been some shifts since the last time we asked young consumers this question. While last year, Grey’s Anatomy topped the list of their favorite shows, Friends has usurped the position, and Grey’s has dropped to number seven. Though some might not remember clearly when Friends was actually on the air (it ended in 2004 when the oldest edge of respondents were 22, but the youngest were one and under) the show is still collecting fans, thanks to its availability on Netflix, and, of course, endless repeats on cable.

Looking more closely at the data, its popularity is fueled by young female viewers: 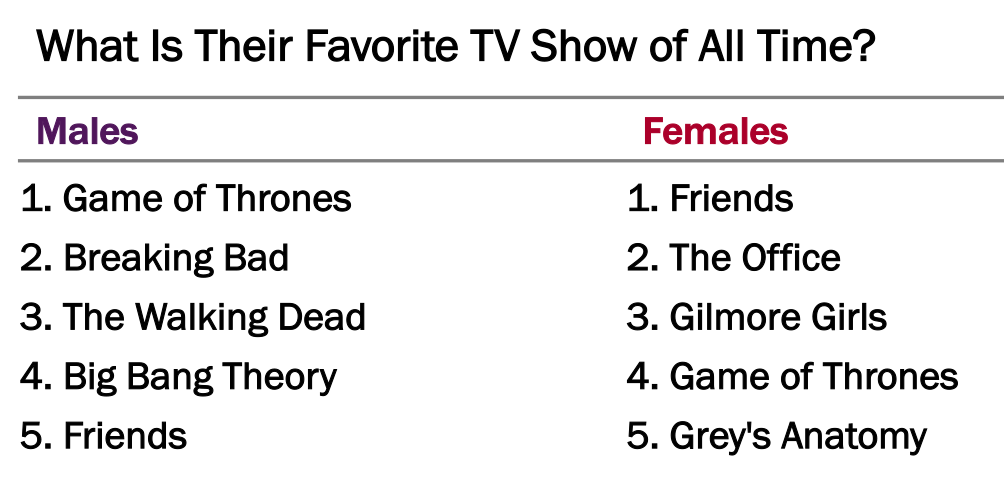