Rihanna is Coming For The Beauty Industry on The Viral List

Rihanna Comes For The Beauty Industry

Beauty industry, watch your backs: Rihanna is coming. Fenty Beauty, the pop star’s upcoming cosmetics line that takes inclusivity to a new level, is leading the internet to have “wild thoughts.” This past Labor Day weekend, a promo video for the line featuring a diverse range of faces was dropped, racking up views and earning praise from many for its inclusivity. RiRi’s tweet of the video has been liked by 67K, and shared 30K times. As summarized by one tweet with over 240K likes: “Rihanna releases one campaign and it’s already more diverse than the whole of the beauty industry put together.” Ypulse’s most recent Beauty & Personal Care Product survey found that 86% of 13-34-year-old females wish beauty ads featured more people with different skin tones. 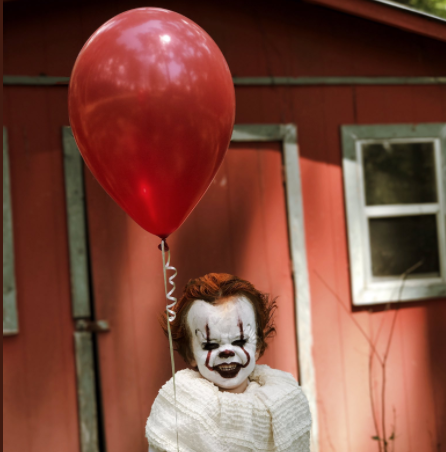 Stephen King’s IT is breaking box office records with its new film adaptation, opening up to $13.5 million Thursday night, making it the largest grossing release for a Stephen King-based film. The movie, based on the story of an evil clown who terrorizes a group of children in Maine, built up immense excitement before its debut and hit “a sweet spot with the young-20s crowd.” The movie’s success is good news for the North American box office, which experienced “dismal” numbers this summer. But that’s not the only IT inspired story racking up big numbers this week: a Mississippi high schooler has gone viral for a photoshoot of his 3-year-old brother dressed up as Pennywise, and a small town in Pennsylvania was being frightened by viral red balloon sightings.

Eyebrows are truly having a moment. Feather brows, the controversial online beauty trend, have given way to squiggly brows, braided brows, and even McDonald’s brows. The experimental looks originate in Instagram’s beauty community, and most times are pure satire or not entirely natural (braided brows can be achieved with a little helpful tool called Photoshop). However, there is no denying the images’ popularity: @erosmua‘s braided brow post, which originally was intended to poke fun at squiggly brows, has over 170,000 likes. Beauty bloggers, vloggers, and Instagrammers experimenting with wild, creative looks to share with their followers, and turning makeup into an art form, continue to trend.

Gigi Hadid Apologizes to China After a Viral Backlash

Gigi Hadid and Victoria Secret made headlines last week when it was announced the model would be strutting down the runway at this year’s fashion show in Shanghai—a fact many are not happy about. The backlash originates from a video shot back in February, showing Hadid squinting her eyes as she holds a Buddha-shaped biscuit next to her face. Immediate reaction to the video was swift, but the model stayed silent about the event. (A big no no for Millennial consumers.) Since last week’s renewed online backlash, reminding Hadid she is not welcome in the country, the model finally apologized on Weibo. But the delayed timing and even the platform she chose to say “sorry” on only angered critics further—many asked why she didn’t post the apology to her Instagram or Twitter where it would be seen by all her followers. Neither Victoria Secret or Hadid have commented on the incident further, but the backlash continues on Twitter.

A back to school inspired meme is taking over Twitter, viral, glittery Minnie mouse heels will soon be sold in Primark, Millennial pink continues its takeover with chocolate and cookware, a new way to rock a fanny pack is trending in NYC fashion, a British reality TV star is outselling Taylor Swift on iTunes, “The Ting Goes” is Twitter’s new favorite meme. Last but not least, are squishies the new fidget spinner?