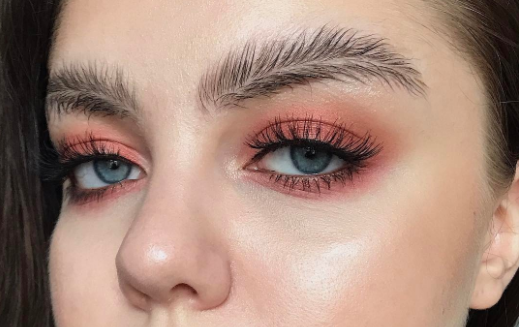 A new beauty trend is tearing the online beauty community apart, United’s PR disaster has turned into a supermeme and earned them a trending hashtag (for all the wrong reasons), a Spotify breakup playlist is trending, and more stories going viral this week…

What started as a playful joke has turned into a full-blown beauty trend. Instagrammer and makeup artist @stella.s.makeup decided to have some fun at the expense of her 49K followers, using a glue stick to make her eyebrows resemble the “quill and barbs of a feather,” and calling it the “new brow trend.” She didn’t think the look she later dubbed #featherbrows would actually take off, but the image has generated over 45,000 likes and over 2,000 comments and is “tearing beauty lovers apart and sorting them into two categories: Hell Yes and Hell No.” Those embracing the trend are creating their own iterations with colors and glitter, and posting the results onto social media. 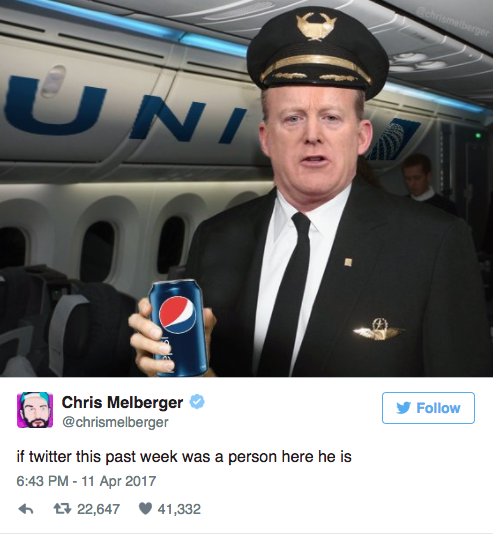 PR Disasters Are the New (Uber)Memes

While PR disasters are nothing new, the public has a very new way of responding to them: memes. This week, internet snark put together a trifecta of brand messes, combining Pepsi, United, and Sean Spicer’s recent stumbles/gaffs/issues into an “uber-meme.” The trend began with a few tweets casting the brands in the “hold my beer” joke (ex. “Pepsi: ‘We had the worst PR disaster in history.’ United: ‘Hold my beer!’ Sean Spicer: ‘Guys, I’ve got this!’)—and before long Twitter was full of copycats. Of course, this was only one of the memes making the most of these now-infamous PR wrecks: the hashtag #NewUnitedAirlinesMottos trended as well, with the most popular—“Not enough seating? Time for a beating”—generating almost 7,000 retweets and over 15,000 likes. 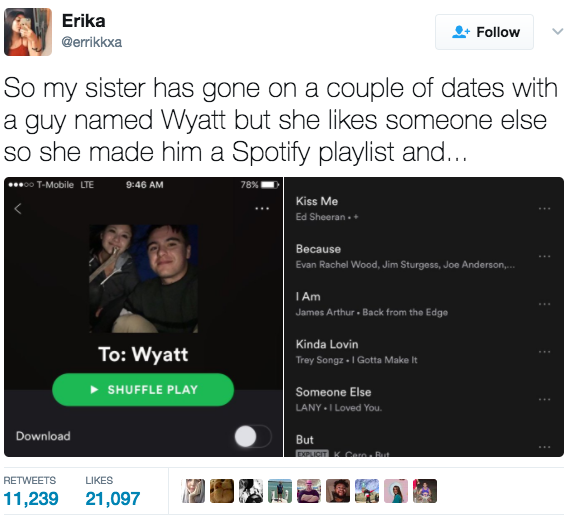 How to Break Up Via Spotify

A teen’s music-inspired plan to break up with a guy has gone viral. Kristen Titus went on a few dates with Wyatt Hall, but decided she just wanted to be friends after meeting someone else. As a creative way to let him know, she sent him a Spotify playlist with just the right titles: “Do You,” “Still,” “Want To,” “Kiss Me,” “Because,” “I Am,” “Kinda Lovin,” “Someone Else,” “But,” “We Can Still Be Friends.” The playlist was set to private, but Titus’s little sister decided to unleash a screenshot of it on the internet in a tweet that now has over 11,000 retweets and over 21,000 likes.

When you’re asking Emma Stone to prom, you have to take the promposal trend up a notch. High School student Jacob Staudenmaier has gone viral for asking the actress to his prom with a video that recreates the opening scene from her Oscar-winning film La La Land. Staudenmaier enlisted the help of friends and teachers to fill a parking lot with cars to reinact the traffic-filled Los Angeles highway, and perform the film’s song and dance number with his own promposal lyrics. The video has been retweeted over 20,000 times, liked over 50,000 times, and prompted the actress to write a thank you letter to the student (with an explanation that she is working in London and unable to attend).

A video of a YouTuber peeling off a full-body mask has racked up over three million views, Nintendo’s decision to cease production of the NES Classic has set off a viral response (and dissappointed us personally), the latest in rainbow food is corn, and Starbucks’ upcoming drink is inspired by the unicorn trend.