Will You Go to Prom With Us? 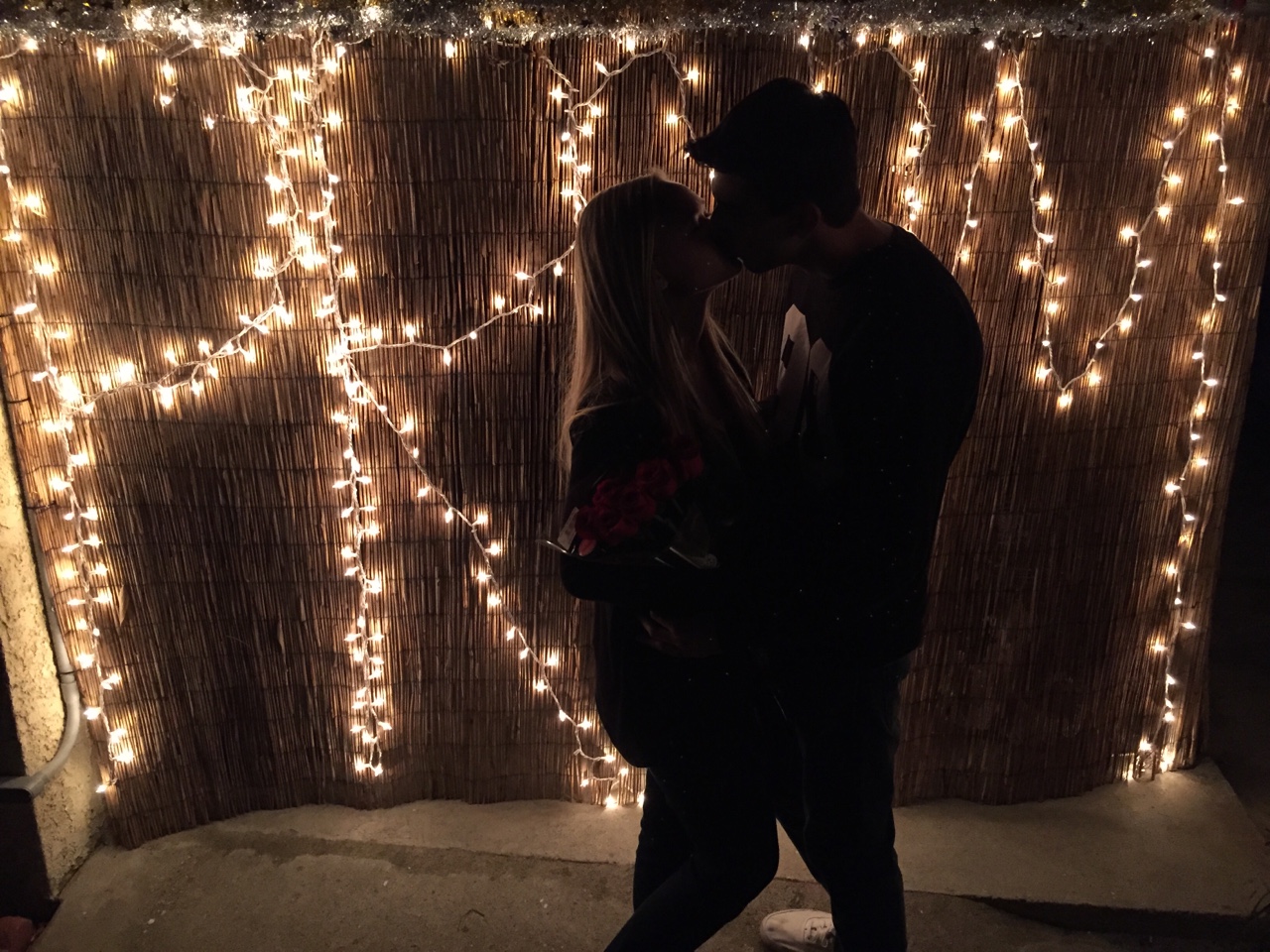 Prom: it’s a still a big deal. Once again we’re rounding up the latest trends around teens’ big night out, from girls turning the tables to celebrity appearances. 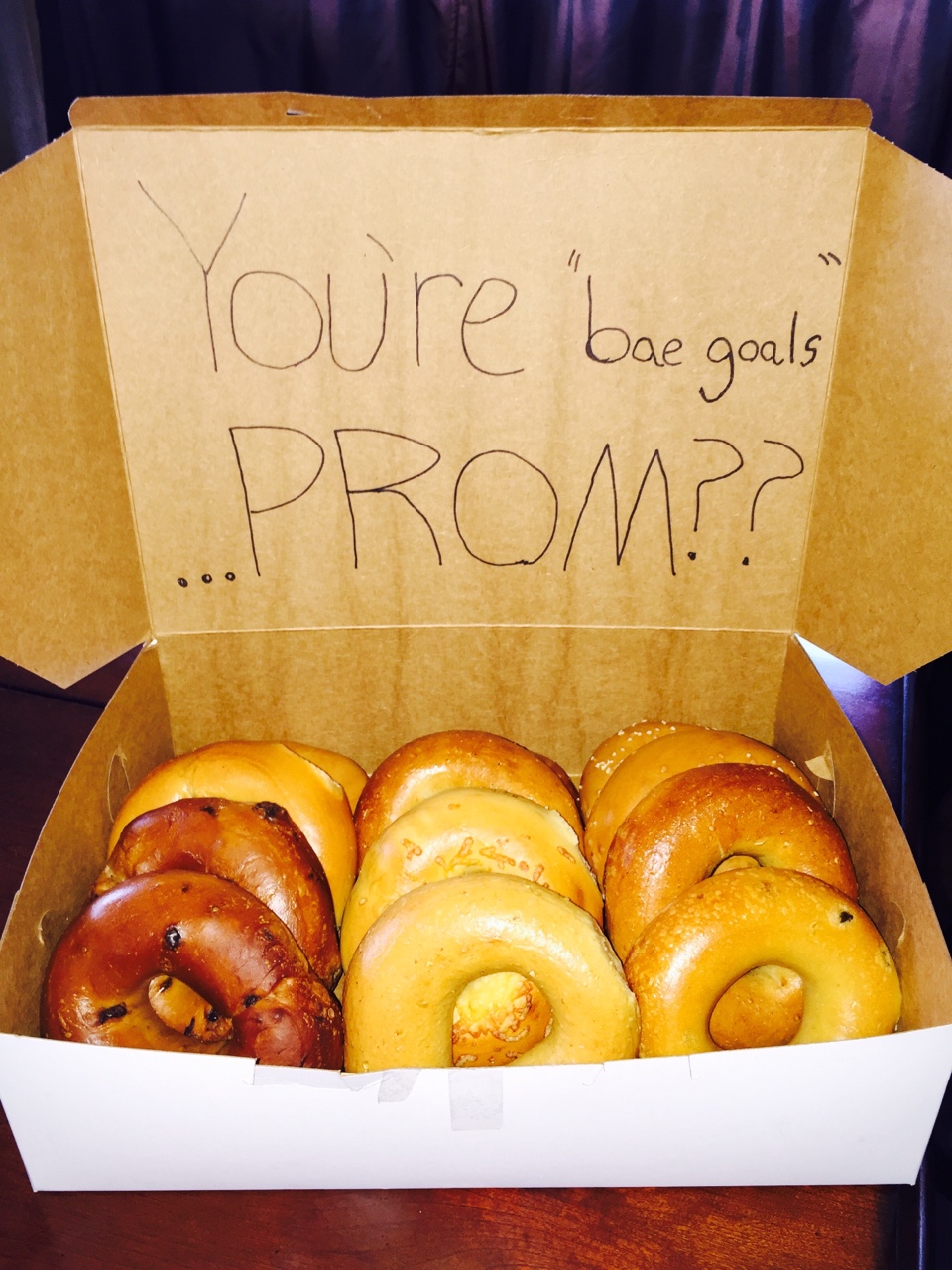 Every year we give you the low down on increasingly popular prom trends, and we’re back this year to bring you the latest in the teen tradition. While the dress and the date are as important as ever, the way this wave of teens is approaching their big night out is not what you might remember.

Some of the trends we covered in 2014, like taking promposals public, are still going strong. As promposals become increasingly popular, they’re also becoming increasingly pricey. According to a Visa survey, this year the creative, out there, and publicized prom invites are costing an average of $324. Although these numbers are only predictions of what will be spent, they illustrate the popularity and growing importance of the new custom. There’s even a @ThePromposal Twitter account for those wanting to checkout the grand gestures happening across the country. 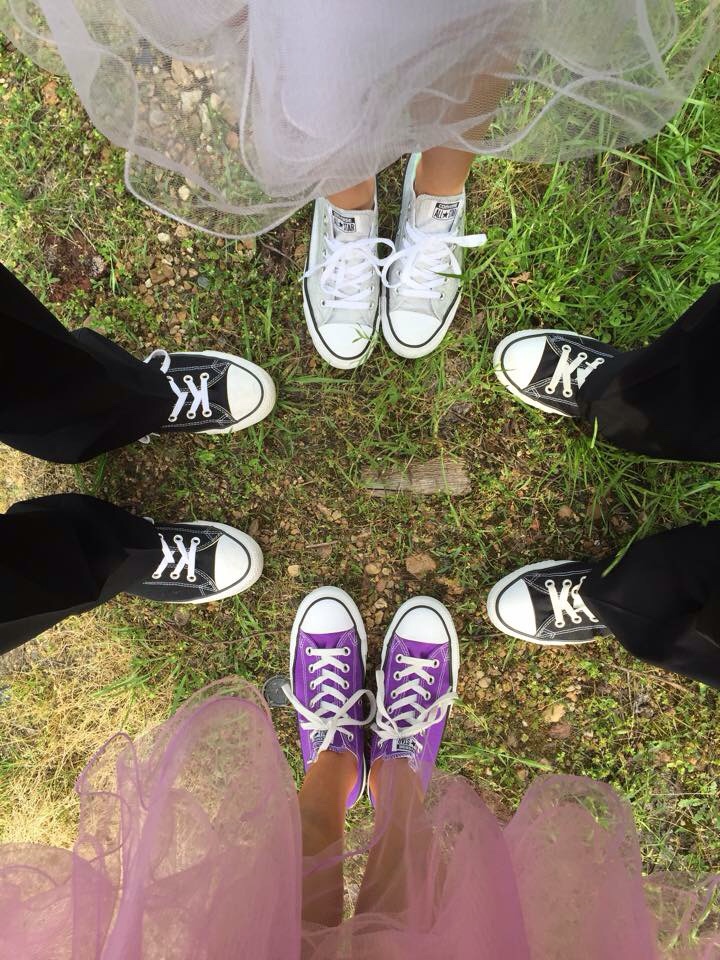 On average, the promposal makes up about a third of the total cost of prom, which for 2015 is said to be $919 for everything including clothes, limos, tickets, flowers, and so on—down 6% from last year. Even though the prom spending bubble may have burst last year, $919 still makes for a costly prom. Last year we told you how Millennials were spending less and getting more with YouTube how-to’s for DIY beauty tricks. This year they’ve discovered there is more than one way to arrive in style: only 23% “are getting fancy and throwing down for a limo,” as alternative and cheaper options are popping up, including rideshare apps like Uber and Lyft. Here are a few other big trends impacting how Millennials are doing prom this year: 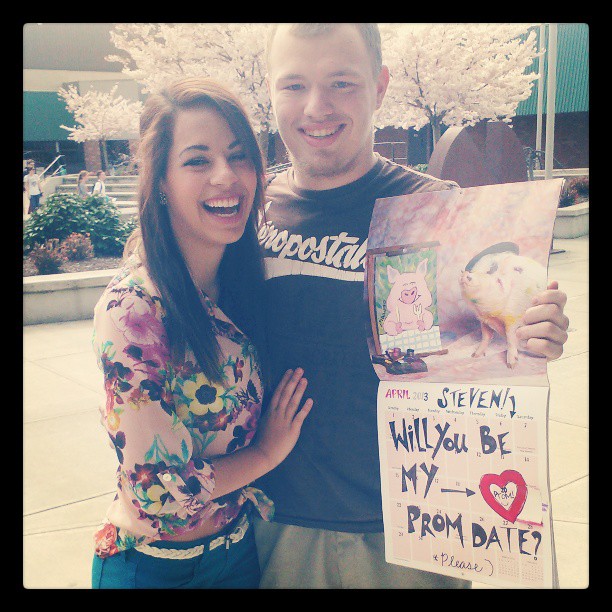 Prompsals have made being asked to prom into a creative spectacle, and some girls aren’t waiting around for their guys to give them an awesome prom invite story. More and more high school girls are taking the initiative and asking their dates to the dance, turning the tables on the traditionally gendered gesture. They’re also doing it loud and proud, letting everyone know on social media with hashtags like #HeSaidYes and #ScrewSocialStandards, and Instagram and Tumblr are filled with their role reversal moments. It seems to be a growing consensus that “girls shouldn’t be afraid to take charge and that it’s fine to be different and stand out.” Although many of the girls asking their guys to prom feel more like the anomaly, they’re all very encouraging of their peers to also get on the trend. One teen had some wise words to share with BuzzFeed, saying “Go for it, yo. The worst that can happen is they say no, and if they say no, they aren’t the one for you anyway. Chances are, you’re a queen and they’re going to be the one missing out.” Teen Vogue also commented on the trend and noted that the concept will likely soon stop being “bold” and become a social norm. 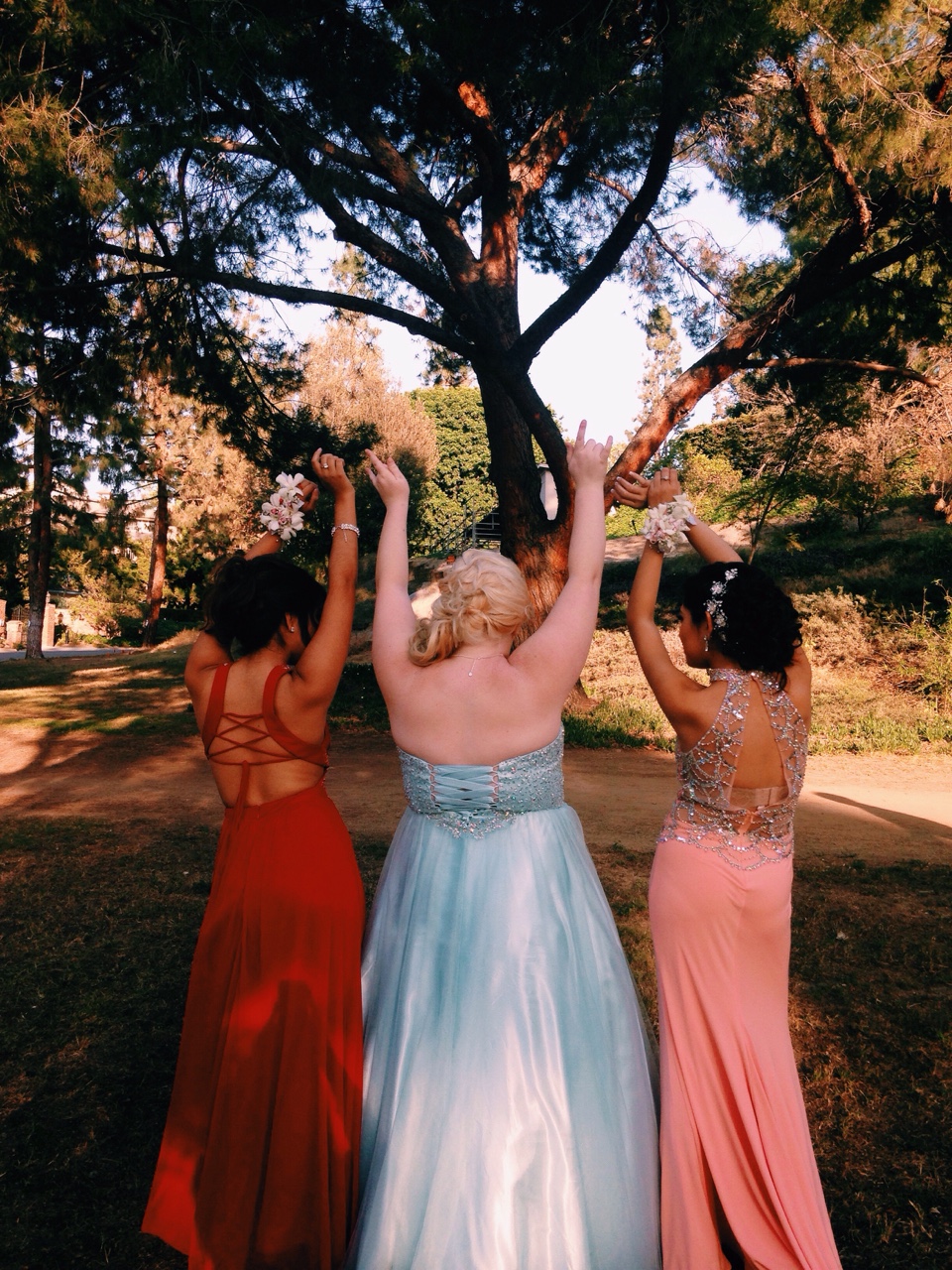 The stress of finding a dress is hard enough, and no one wants to arrive at the prom to see another girl in the same dress, especially if you’ve spent a fair amount on it. (Xers and older Millennials learned this lesson from 90210, of course.) Last year we noted that internet savvy Millennials are safeguarding against this potential disaster by creating private, school specific Facebook groups to post pictures of the dresses they’ve chosen. But now some stores and boutiques are saving girls the stress and by not selling two of the same dress to girls attending the same event. Formalwear stores are offering these registries as “an extra level of service that they say builds loyalty and helps differentiate them from competitors, including department stores.” The registries allow everyone to look amazing, rather than creating catty drama for teenage girls comparing who wore it best. Social suicide averted. 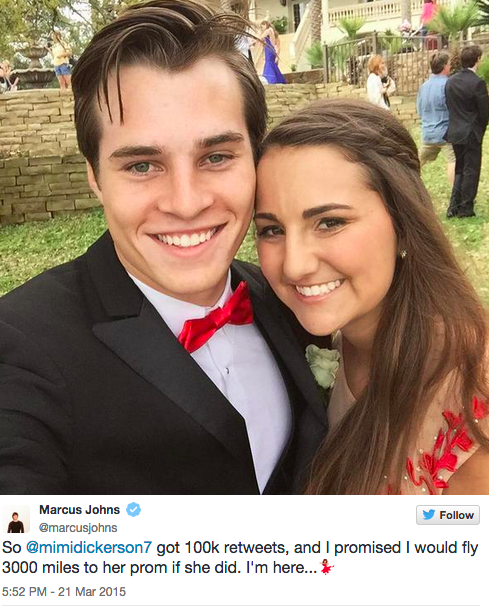 Thanks to social media, celebrities are accessible to their fans like never before, and some high schoolers are taking the opportunity to ask their biggest celebrity crushes to prom. When Vine star Marcus Johns received a direct message on Twitter from Mimi Dickerson asking if he would go to prom with her if she got 100,000 retweets, he replied with a promise that he would go. She posted a screenshot of the conversation, and received 60,000 retweets by the next day, with the last 40,000 coming soon after. Marcus Johns kept his end of the deal and took her to prom two months later, even creating a video to document the whole experience. Promposals aren’t limited to humans either, some high schoolers have even gone after brands. In 2014, high schooler Muthana Sweis tweeted at Netflix asking if they would go to the junior prom. In a fun personalized marketing move, Netflix said yes. The streaming service let their “date” choose from three TV-themed rides to the dance and gave him a James Bond tux to wear. The entire date was filmed and shared on YouTube. However, not as many teens have been as lucky as Mimi and Muthana. Cole LaBrant, a teen Vine celebrity himself, took to YouTube to prompose to Selena Gomez, lipsyncing to a few of her songs. The video has generated over a million views. Cole has yet to hear back from Selena, but we’re all hoping she says yes.