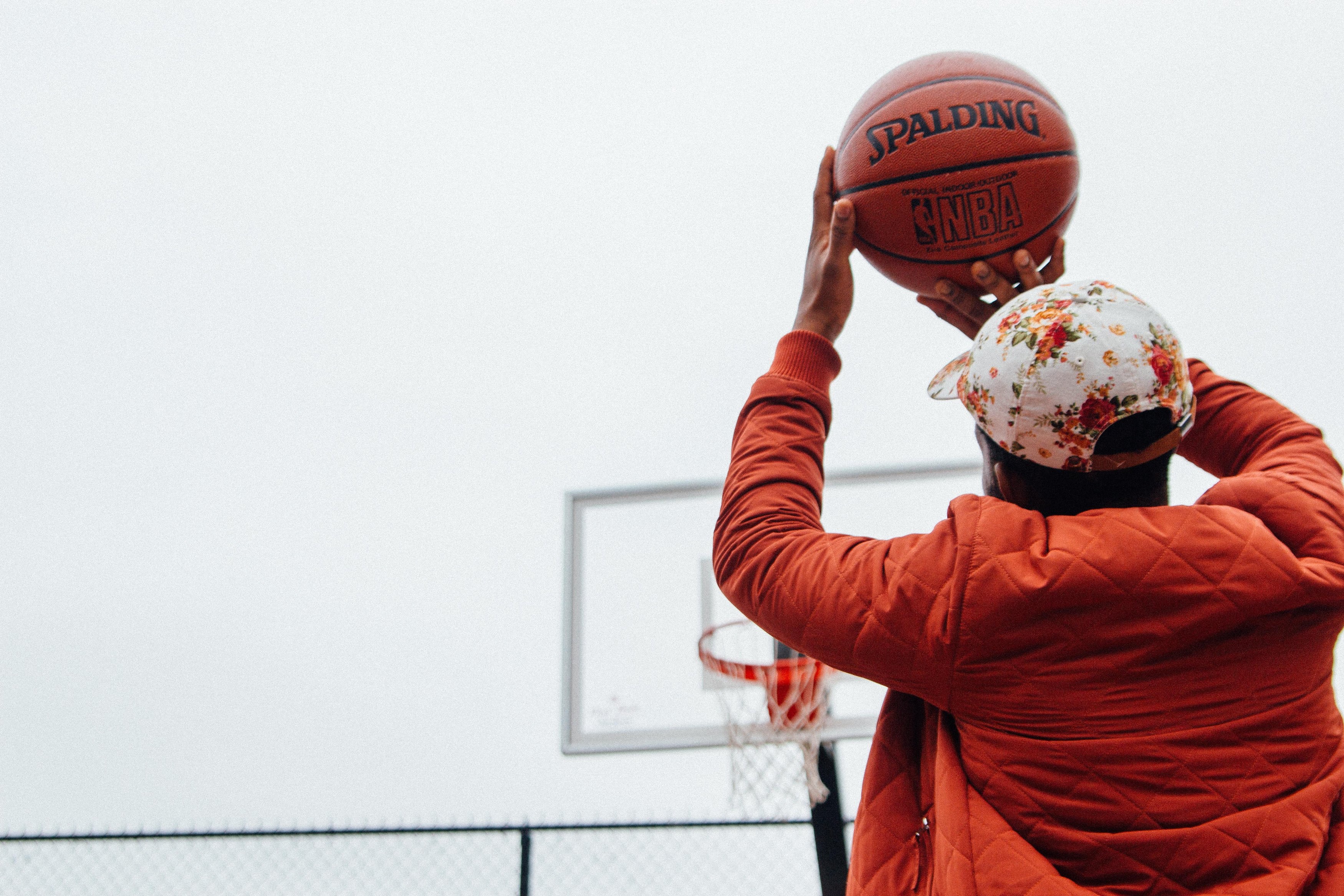 Who wins the battle to be Gen Z and Millennials’ favorite athlete? We asked 1000 13-34-year-olds their favorite pro sports players to find out, and one league dominates the list…

In an era of distractions and digital competition, the biggest sports leagues are battling it out for the attention of young fans. Recently, Alex Rodriguez outlined a plan of “creative ways to attract more fans in Generation Z,” because he believes the fate of baseball as America’s pastime depends on the next generation. Some ideas include discounting tickets once a month and working with Google to display relevant sports stats and social media feeds when people search during games. But multiple leagues are already making major changes to try to keep up with the next generation of sports viewers. The MLB is dabbling in live streaming games on Facebook, which also recently scored a deal to live stream Champion League Soccer. The NFL is looking outside their traditional playbook to reach young fans with a partnership with AwesomenessTV to create a digital series that “lifts the curtain” to give a behind-the-scenes look at the sport—and is part of a major deal to bring short shows to Snapchat as well. The NBA is even changing up games to speed things up for their Millennial audience. Thanks to younger viewers’ shortened attention spans, the NBA’s competition committee has been tracking games to figure out what aspects can be cut, and at what points fans are tuning out.

But while increased digital access to sports content—and shortened games—are smart moves to draw in young viewers, compelling athletes are still the star of the game, and a favorite pro can help draw Millennials and Gen Z to games, and to marketing. To find out which athletes are still holding their attention, we asked 1000 13-34-year-olds to answer the question, “Who is your favorite professional athlete?* We’ve got their 15 favorite ballers and players right here:

*This was an open-end response question to allow us to capture the full range of professional athletes that Millennials and Gen Z like best—without our preconceived ideas shaping their responses. As with any qualitative question, the responses include those that are top of mind and those that are most popular. The lists are ordered according to number of responses received, and alphabetically when ties occurred.

Who Is Their Favorite Pro Athlete?

LeBron is back on top as Millennials’ and Gen Z’s favorite athlete, after losing out to Steph in 2016. The two players have been the top two picks for young consumers’ favorite pros for three years running, making the NBA an undisputed king of top favorite athlete talent. In fact, there are only three NFL players on the list, compared to five NBA players. Arguably, the NBA has always had more star appeal because there are only five players on the court at a time, as opposed to over thirty in football games, maximizing players’ exposure—but regardless, the comparative lack of star power might be costing them younger fans.

In fact, when looking at the comparison between males and females and Millennials and Gen Z, the preference for NBA players is clear across the board: 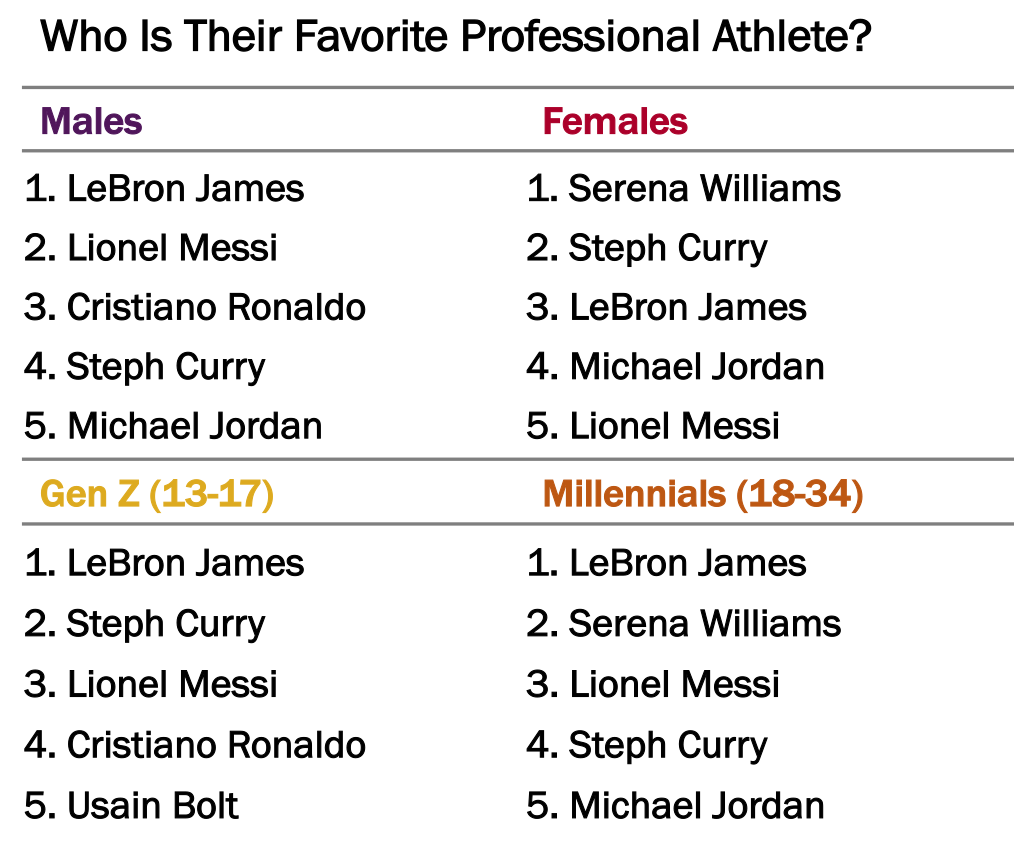 Here we see that LeBron James ranked as top favorite athlete for males 13-34-years-old, Gen Z, and Millennials, while no NFL players made the top five list for any group. In a break from the rest, Serena Williams won out as a favorite pro athlete among females 13-34-years-old, knocking LeBron down to third place.