The 15 Coolest Brands, According to European Gen Z and Millennials 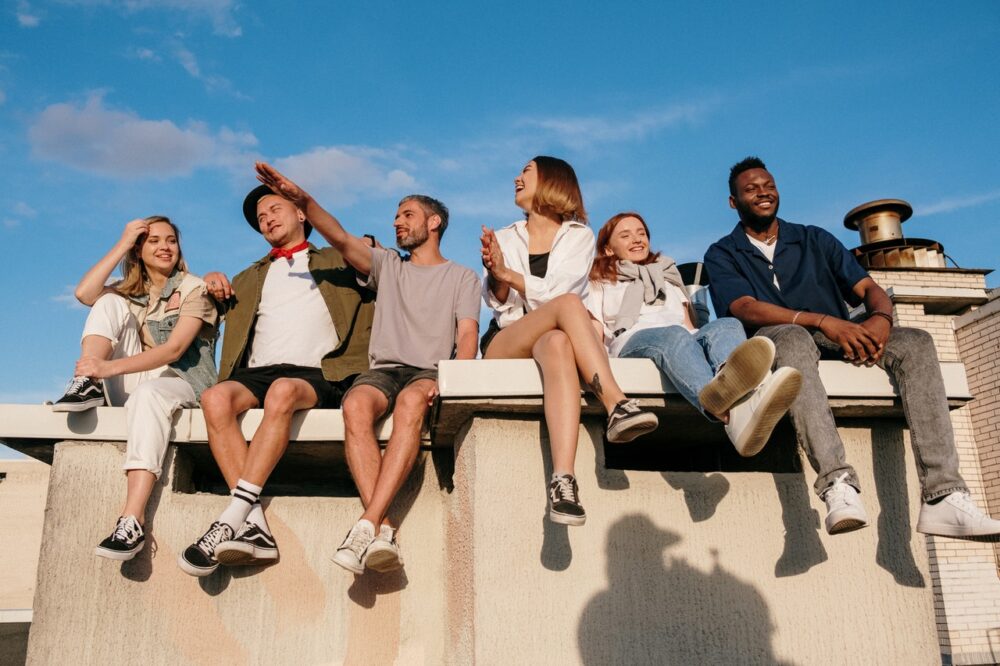 It’s not easy to win the title of “cool” from young European consumers. We checked out our brand tracker to find out which ones they consider worthy of the accolade…

When it comes to brand affinity, there are many reasons young Europeans may favor one brand over another, whether it’s because they feel a sense of community around the brand or because it has a relatable social media presence. But having that elusive “cool factor” is as important to Gen Z and Millennials as it is hard for brands to orchestrate. Many brands have overstepped the mark in an attempt to reach young consumers on their level, acting like “our clever, smart-ass friends,” as The Drum aptly put it, and coming off instead as inauthentic—one of the greatest cardinal sins a brand can commit in the eyes of young consumers. It’s clear, then, that being considered “cool” by Gen Z and Millennials can be a huge boon to brands. But which ones have earned the accolade?

YPulse’s brand data tracker monitors everything from which brands Gen Z and Millennials like most, including which they think are cool. Our brand tracker, which is available to Pro subscribers, measures 13-39-year-olds’ affinity for over 800 brands in Western Europe (and 400 in North America) across 20 distinct diagnostics. Today, we dug into the data to determine which brands have the highest “cool” ratings among young Europeans across industries right now. Here are the top 15:

The Coolest Brands According to Young Europeans
13-39-year-olds

It’s not hard to guess why Netflix is considered the coolest brand among young Europeans. The global streaming giant has long been popular with young consumers, but it became ubiquitous during the pandemic. The BBC reports that for the first time ever, more households in the U.K. now have a Netflix subscription than pay for cable or satellite, and Netflix itself reported that it ended 2020 with over 203 million paid subscribers, a rise of 22% from 2019. App Annie also found that the Netflix app was 2020’s fastest-growing entertainment product when measured by time spent on the app. Meanwhile, YPulse data shows that Netflix is by far the top streaming service 13-39-year-olds in Western Europe are using to watch video content, with nearly three-quarters subscribing to the service. And our recent WE TV and Entertainment report found that Netflix originals dominate young Europeans’ favorite TV shows: their top two favorites—Squid Game and Money Heist (La Casa de Papel)—are both recent Netflix originals, along with Sex Education, which comes in 15th on the list. Lucifer, The Walking Dead, and The Big Bang Theory also appear on the list, all of which are currently streaming on Netflix. Beyond video content, though, Netflix has also won young Europeans’ affinity by collabing on product releases and getting into another of young consumers’ favorite activities: gaming.

Second on the list is PayPal, which is also the brand with the highest YScore+ among young Europeans, or the top brand when all diagnostics (including “coolness”) are combined. The fintech brand is winning Western European affinity by driving digital payment solutions in a historically cash-centric society. Our recent Shopping and Retail report found that 87% of 13-39-year-olds in the region are interested in swapping cash for contactless payments, and PayPal is answering the call by partnering with payment processor Euronet to enable PayPal’s QR code payment system for in-store customers all across Europe.

Meanwhile, Nike’s cool factor is nothing new: the sportswear brand has topped many a brand list among Gen Z and Millennials in the U.S. for almost as long as we can remember, including this year’s coolest fashion brand (yet again). While young consumers cite the brand’s comfort and inclusion as major reasons that they like it, Nike has also continued to build successful campaigns and social media strategies that engage Gen Z and Millennials, and make them feel a part of something big. This has worked outside of the U.S., too: Nike is by the brand young Europeans say they feel the strongest sense of community around, and it’s also their top fashion brand, according to our brand tracker.

Two of young consumers’ top social media platforms also make the cool cut: Instagram and TikTok. Though Instagram is the top-used platform among both Gen Z and Millennials in Western Europe, it’s hard to overstate the meteoric rise of TikTok in the past few years. Even before the COVID-19, TikTok’s use was growing exponentially among Gen Z—and its popularity only grew when the pandemic hit. TikTok became the platform of 2020 (and 2021), gaining 1.36 billion downloads worldwide over the past year. In Western Europe, the rate of use is continuing to grow, too, with Millennials catching up to the young generation. Now, TikTok is where culture happens: it’s creating viral trends, making celebrities, redefining the music industry and rivaling the streaming industry, becoming a shopping hub, and much more. With today’s notions of cool being born on TikTok, it’s no wonder young Europeans consider the brand itself one of the coolest out there—and it’s likely we’ll see the app climb the higher on the cool list.

Other young consumer mainstays also make the list, including Apple and PlayStation 5. Though the majority of young Europeans with smartphones have an android rather than iPhone, Apple is still an undeniably cool brand—and European consumers are especially impressed with (and coveting) the iPhone 13, which could lead to record-breaking sales for the brand in Europe. Playstation, meanwhile, is getting a major boost from the pandemic-related gaming boom, but the brand has long been popular with young Europeans. In fact, PlayStation claims 97% of Europe’s console market, and Playstation 5’s launch this year was helped by Sony’s launch of its PlayStation Direct stores in Western Europe. PlayStation has also partnered with other popular brands such as Mtn Dew and Burger King for giveaways and crossover campaigns, leveling up its cool game even more.

Just three European brands make young Europeans’ cool list: Sardinian beer brand Ichnusa (which is owned by Heineken), Italian confectionery Kinder, and Adidas (which you’d be forgiven for forgetting is based in Germany). It’s clear why Adidas makes the list (look no further than the trailer for the new Adidas x Ivy Park line, featuring Beyonce, Blue Ivy, and Rumi Carter), but Ichnusa and Kinder’s popularity is more nuanced. While the brands haven’t yet forayed into social media stunts and merch lines, they have been staples in Western Europe long enough that it may just be their longstanding authenticity that young Europeans find so cool, showing that there are many ways for brands to win cool cred with these generations.