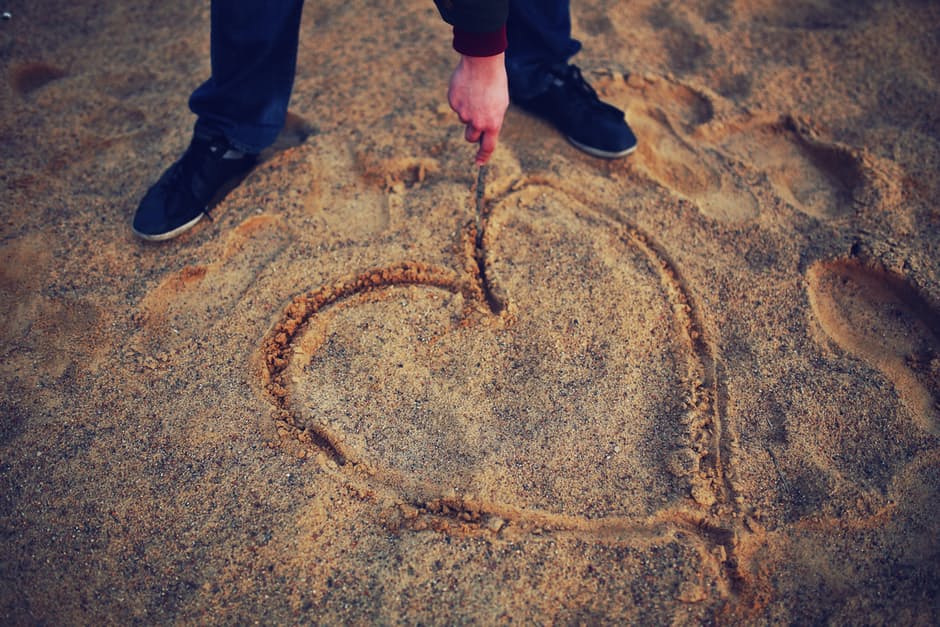 What brands, apps, and celebrities can count themselves as young consumers’ favorites? We’ve got the exclusive list…

Throughout the year, we ask 13-34-year-olds about their favorite brands, celebrities, restaurants, and more in our monthly survey of 1000 young consumers. Here are some of their favorites from clothing to coffee and beyond:

Nike is at the top of their favorite clothing brand list. Comfort is clearly one reason young consumers are reaching for workout gear, and one 16-year-old male tells us Nike is his favorite clothing brand because he “love[s] wearing comfy sports clothing.” In fact, almost one in four who named Nike as their favorite referenced the comfort of the clothes. Quality, price, and versatility were also frequent mentions. Nike’s marketing isn’t hurting—the brand also topped the list of Millennials and teens’ favorite brands on social media. 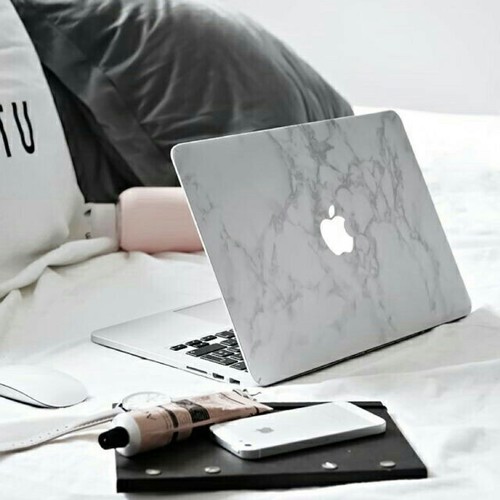 Apple still rules the tech roost for young consumers and was mentioned by the most respondents by far as their favorite tech brand. As Apple was also young consumers’ overall favorite brand of 2015, their high ranking is hardly a surprise, but still shows just how far other brands still have to go to match the competition: roughly four in ten respondents named Apple as their favorite, and it was named by roughly three times more respondents than second place brand Samsung. Apple’s innovation, design, and the seamless integration across products were the major themes in respondents’ reasons for choosing the brand. 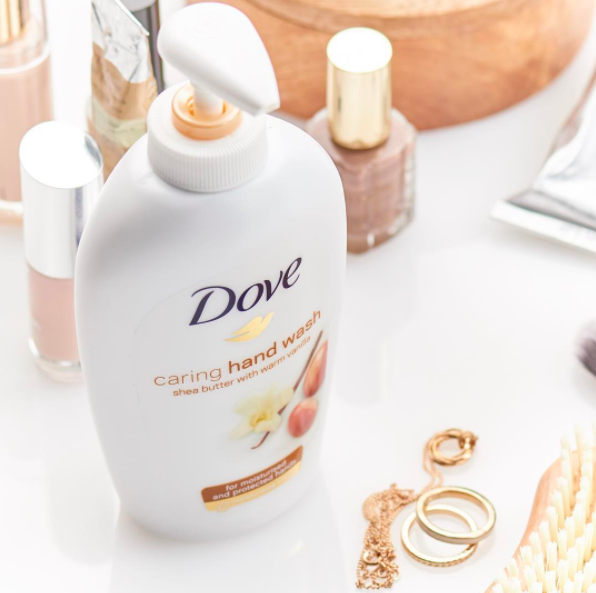 Congratulations to Dove, who ranked as 13-33-year-old females’ favorite beauty brand for the second year, and maintained their top position on males’ list, beating out Old Spice and Axe for the second year in a row. Young consumers’ beauty/personal care brand choices are paralleling their shopping behavior. Big box stores and drugstores are the top two places that 13-33-year-old females are purchasing their health and beauty products, and their top 15 list is filled with the brands available to them in those non-specialty aisles.

Almost six in ten respondents named the chain famous for their red-cups and pumpkin spice as their favorite place to buy coffee products, and it was the top brand named among males, females, teens, and 18-34-year-olds. Not only is the chain everywhere, they’ve also perfected capitalizing on young consumers’ tastes and behaviors, and turning beverages into social media stars. In October, Spredfast analyzed the immense social buzz caused by Pumpkin Spice Latte, which at one point prompted 5,706 tweets per minute.

Kraft was the number one favorite food brand mentioned, and their mac and cheese helped boost them to the top. Many respondents who told us Kraft is their favorite mentioned their famous blue box product—one 20-year-old male said, “Because Macaroni and Cheese, that’s why.” But quality and price were also named frequently as reasons the brand is a favorite. A 32-year-old male commented the brand, “provides more of my favorite foods and is a company I trust,” and a 30-year-old female told us, “I love the quality and the way it tastes.”

When we asked their go-to drink on a typical night out as a close-end question, 21% of 21-34-year-olds—31% of males—choose craft beer, and when we combine all the mentions of craft beers in our open-end responses, it makes the top of their favorite alcohol brand list as well. Number two in the ranking is a combination of the specific wine labels mentioned. As Millennials gravitate towards wine and crafts beers, big beer brands like Heineken have been feeling the pressure. The new CMO of Heineken USA confesses, “We spend all our energy now trying to understand the Millennial consumer and how to better reach out to a Millennial drinker…We don’t live in an era of loyalty.”

Local restaurants are most likely to receive mentions as Millennials and teens’ favorite places to dine out—by a large margin. Young consumers’ desire for unique experiences gives independent restaurants an edge: our trend  79% of 13-33-year-olds say they would rather eat at a restaurant that is one of a kind, unlike other restaurants, than one that is consistent like a chain restaurant. But Olive Garden came in second in the ranking, technically making it their favorite sit-down restaurant brand, followed by Applebee’s, Chili’s, and Red Lobster—which, of course, received an affinity boost earlier this year thanks to Beyoncé.

McDonald’s and Chick-fil-A were nearly tied for the top spot on the list, with McDonald’s very narrowly eeking by Chick-fil-A for number one. Despite the “shocking” stat that only one in five have eaten a Big Mac, McDonald’s has actually been making strides with young consumers, experimenting with customization menus, introducing all-day breakfast, and promising to use more natural ingredients—efforts which have helped revive sales for the brand this year.

When we asked young consumers about their favorite app, Pokémon Go was at its popularity peak, putting it at the top of the list—followed by Snapchat. But we also asked the app they can’t live without, and Facebook was mentioned most. At this point, the platform isn’t just a social network for many—it’s where they find news, recipes, keep up with events, communicate with classmates or other parents, find support and get peer opinions and help. In other words, despite all the hubbub about other platforms stealing Facebook’s users and thunder, it maintains its must-have status with Millennials and teens.

Amazon won young consumers’ votes by a landslide as their favorite place to shop online. Roughly 60% of respondents named the online marketplace as their top spot to shop online. As we saw last year, the immense variety of products they can find there—and the seamless shopping experience that it creates—is a huge draw. One female 21-year-old said of the site, “I can find all the things. All the things. Do I want a jar of peanut butter with my coloring book? Yes. Yes, Amazon, I do.”

Target’s “one stop shopping” model is clearly resonating with young shoppers. One 21-year-old female told us the store has, “Cheap stuff but still a step above Walmart.” Design and discovery were frequently mentioned as reasons why Target is a favorite—especially by females. One 22-year-old explained, “It’s the best “we have everything” store and I always find something cool I usually don’t need but buy anyway,”

Sorry Walking Dead, you’ve been knocked from your 2015 first place position. Young consumers’ current favorite TV show overall is HBO’s Game of Thrones, followed by Netflix’s Orange is the New Black and Stranger Things. The fact that two of the top three favorite shows are from a streaming service indicates not just where young consumers are accessing content, but might also be influenced by how they can consume that content.

LeBron might have won their face-off at the Finals, but Curry wins first place in the list of young consumers’ favorite athletes. This is a turnaround from 2015, when James ranked number one on the list. Curry’s talent is undoubtedly admired, but the athlete’s personality might be what boosted him to the top. One 25-year-old male fan called him a “Great player with a great attitude,” and his demeanor was frequently cited as a reason he was named as their favorite.

As we saw last year, Taylor Swift came in at the top of both the favorite celebrity and favorite musician list. Both her talent and personality were mentioned as reasons for why she’s a favorite. But her relationship with her fans was also noticed by several. One 21-year-old male told us, “She’s such a sweet person and she never hides herself. She’s not afraid to be herself. She’s hardworking and cares about her fans,” while a 21-year-old female explained, “She’s extremely grateful and appreciative of her fans. Some celebrities (Justin Bieber) forget how they got to where they are now. Taylor is more than generous to her fans, always willing to take pictures it appears, and she reaches out on social media as well. I also look up to her as a songwriter, as she’s just an amazing wordsmith.” These mentions highlight some of the major changes we’ve seen in the fame industry—celebrities are expected to have a connection with fans online, to let them into their lives. Taylor is arguably one of the best at giving young consumers the access to her that they want.