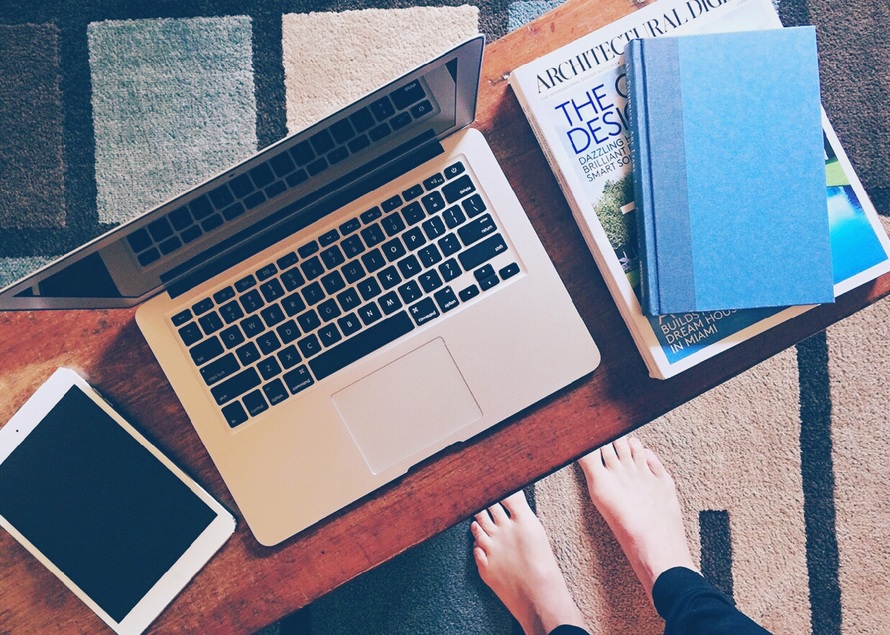 For young consumers today, a lot of technology isn’t considered a luxury—it’s considered an essential. In our most recent monthly survey and Topline Report, we explored their technology purchasing and ownership, and found that only 11% haven’t purchased technology in some form over the last year.

When we reported on the 20 top tech items Millennials wanted to buy next (a laptop was number one) we told readers: they consider technology a defining characteristic of their generation. According to a 2015 poll, Millennials are more likely than Xers and Boomers to think tech helps them to learn new skills, has a positive impact on their relationships with friends, and allows them to live life the way they want. More than half of Millennials believe that technology positively affects their happiness, compared to 42% of Xers, and 30% of Boomers. They turn to tech to solve their problems, connect them to friends, fix their boredom, and teach them.

Last year, technology was the number two category of gift that young consumers told us was on their holiday wishlist—a close second only to money/gift cards. To keep tabs on the tech that they consider the best and most desirable, we asked 1000 13-33-year-olds to answer the question, “What is your favorite technology brand?”* Here are their top 10 responses:

*These were open-end response questions to allow us to capture the full range of tech brands young consumers say they love. As with any qualitative question, the responses include those that are top of mind and those that are most loved. The lists are ordered according to number of responses received, and alphabetically when ties occurred.

Apple still rules the tech roost for young consumers and was mentioned by most of the respondents by far as their favorite tech brand. As Apple was also young consumers’ overall favorite brand of 2015, their high ranking is hardly a surprise, but still shows just how far other brands still have to go to match the competition: roughly four in ten respondents named Apple as their favorite, and it was named by roughly three times more respondents than second place brand Samsung.

Apple’s innovation, design, and the seamless integration across products were the major themes in respondents’ reasons for choosing the brand. One 28-year-old male summed it up with: “Their products are innovative, sleek, beautiful and easy to use.” But Apple’s constant presence in their lives is another major reason that they name it as a favorite. Currently, 53% of 13-33-year-old smartphone owners report owning an iPhone, according to Ypulse’s research. A 26-year-old female confessed, “I rely on my iPhone and iPad for all aspects of daily life,” and a 28-year-old female echoed, “My iPhone are iPad are the gadgets that I use the most.” Interestingly, several respondents mentioned their old iPods as a device they still love and use, and as examples of Apple products’ reliability.

Apple maintains its high ranking across age and gender groups, but for teens other brands break into the top five: 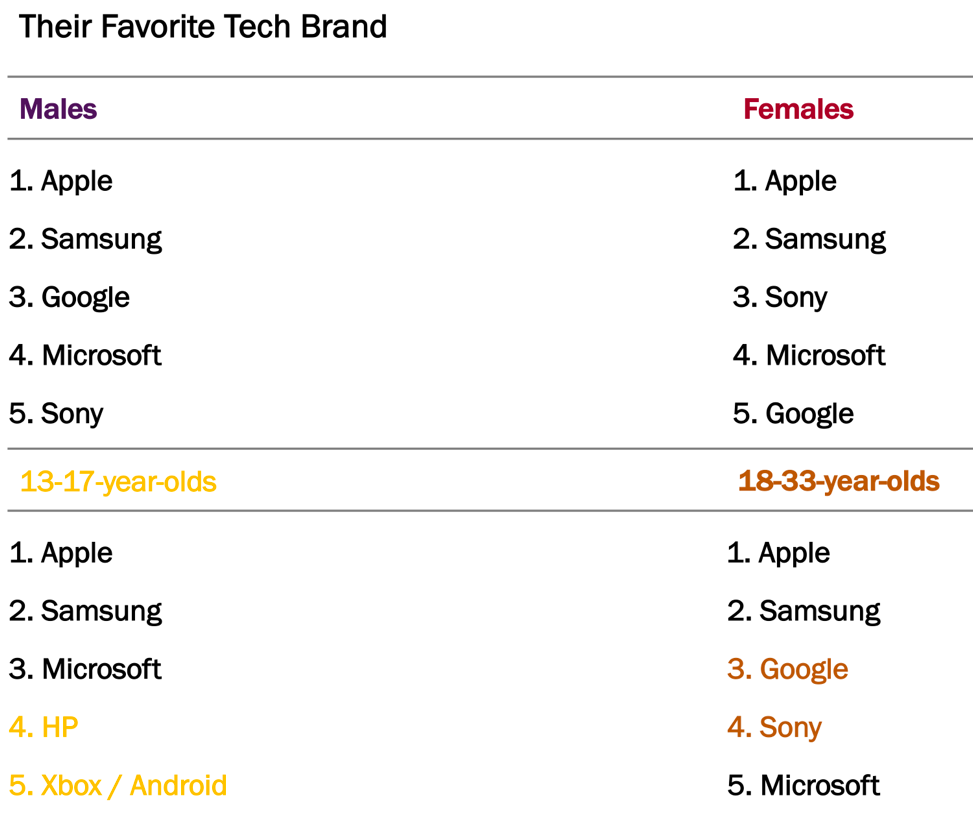 Apple is at the top of the list for all groups, including teens—backing up Piper Jaffray’s recent report that 79% of teens report their next phone will be an iPhone. But for younger consumers, HP, Xbox, and Android are in the top five (Xbox and Android tie for 5th place)—perhaps because of their higher regular use of these brands.