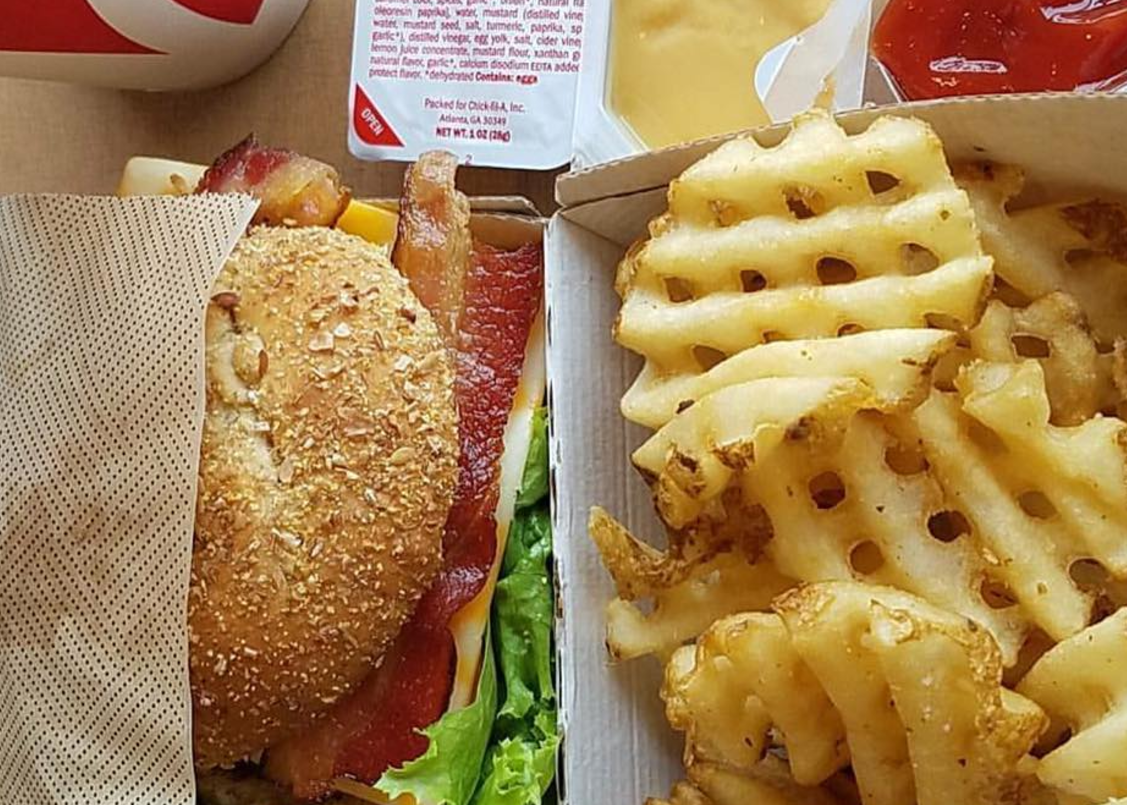 We asked 1000 13-34-year-olds to tell us their favorite fast food place, and ranked their top responses…

Earlier this year, a shocking piece of news about young consumers made major headlines: Four out of five Millennials have never tried a Big Mac. The factoid was seen as evidence of Millennials’ fast food avoidance by some, but it’s also a symbol of just how competitive the fast food market is today—young consumers have the option of choosing higher quality and customizable burgers from rival chains like Five Guys and Shake Shack, and of course the fast casual Chipotles and Paneras of the world are stealing their attention as well.

We’ve pointed out before that Millennials’ interest in healthy eating doesn’t mean they have sworn off all fast food. This is a generation that celebrates all kinds of cuisine, and prioritizes taste above all: 48% say that they make eating foods that taste good a priority in their life, and 59% say they care more about how foods taste than how healthy they are. Ypulse’s research has shown 78% let themselves indulge in unhealthy food. A 2016 Ypulse survey found that while 47% 13-33-year-olds tell us they’re eating at fast food restaurants like McDonald’s, Taco Bell, etc. about once a week or less, 17% say they’re eating at this type of restaurant about twice a week, and 14% say they’re eating there even more frequently.

Recent evidence in the market also indicated that when the experience around getting fast food is upgraded, they’re even more willing to visit those indulgent spots. According to Adweek, fast food chains like Arby’s, Taco Bell, and KFC have been undergoing extensive remodels to align with new menus and appeal to Millennials who place a “premium on overall experience”—and they are seeing a lift in sales as a result.

With competition to be the fast food spot they visit (on their cheat days) arguably higher than ever, we surveyed young consumers to get a current snapshot of their fast food favorites. In our most recent monthly survey, we asked 1000 13-34-year-olds, “Thinking about FAST FOOD or QUICK SERVICE restaurants, where you have the option to order your food at a counter or drive-thru, which fast food restaurant is your favorite?”* Keep in mind these are their open-end responses, so while some of these brands might categorized in the industry as fast casual, or some other label, these are the brands that young consumers are thinking of when they think fast food or fast service. With that note, here are the top 15 brands that received the most mentions:

*These were open-end response questions to allow us to capture the full range of young consumers’ favorite brands. As with any qualitative question, the responses include those that are top of mind and those that are most wanted. The lists are ordered according to number of responses received, and alphabetically when ties occurred.

As we found last year, McDonald’s and Chick-fil-A were nearly tied for the top spot on the list, with McDonald’s very narrowly eeking by Chick-fil-A for number one. Despite the “shocking” stat that only one in five have eaten a Big Mac, McDonald’s has actually been making strides with young consumers, experimenting with customization menus, introducing all-day breakfast, and promising to use more natural ingredients—efforts which have helped revive sales for the brand this year.

Meanwhile, while a Ypulse survey revealed that 32% of 13-33-year-olds stopped eating at Chipotle because of their food safety issues, the brand still made the top five list of favorite fast foods—beating out Taco Bell by another small margin.

We found some small differences in preference when looking at age and gender breaks: 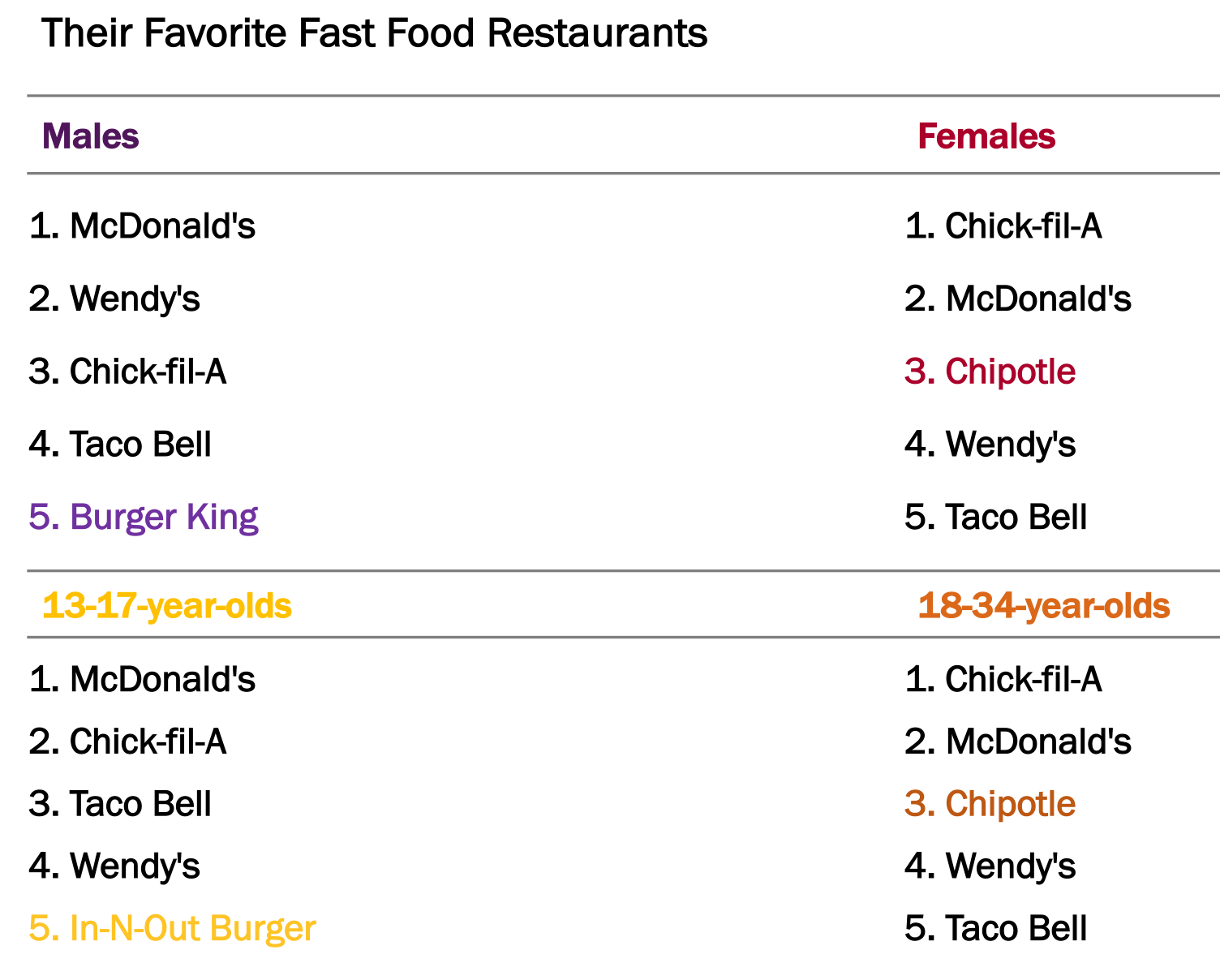