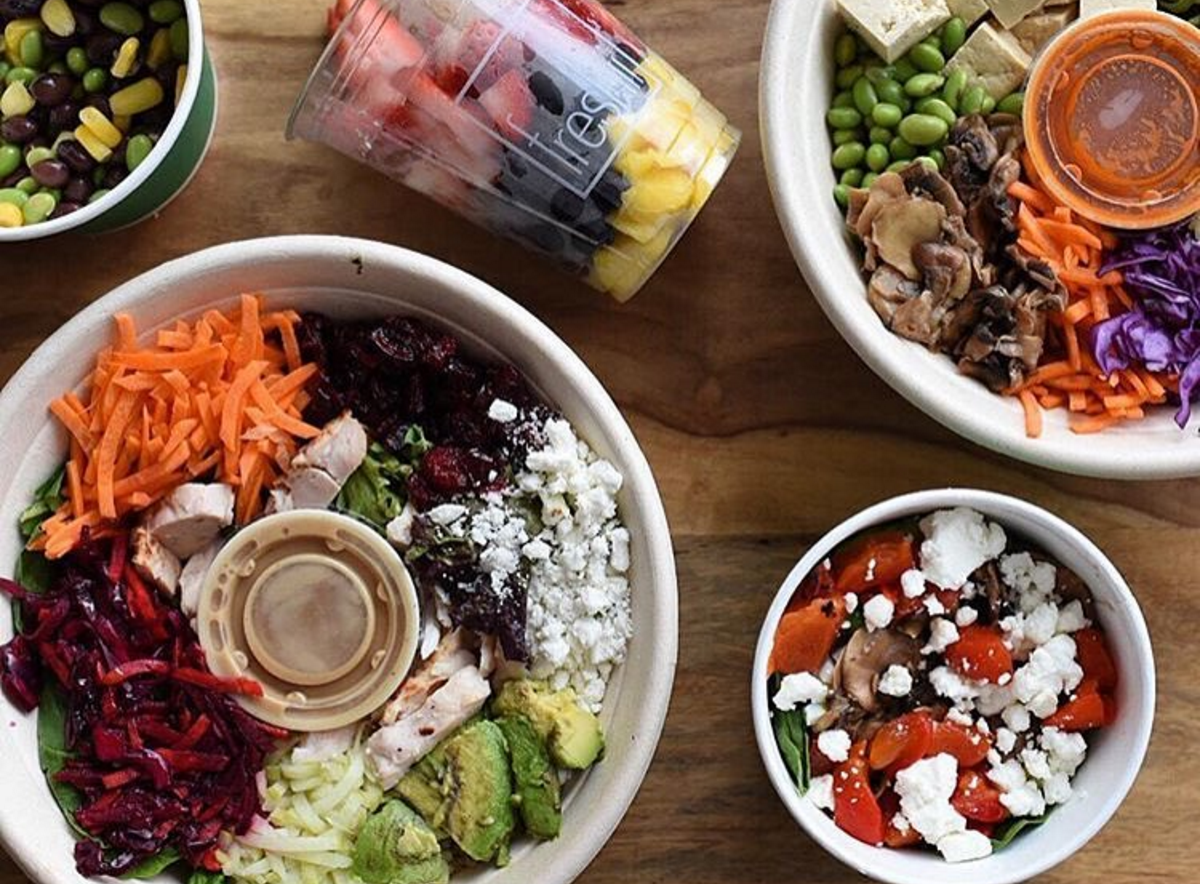 How Millennials Are “Healthifying” Fast Food

More healthy fast food chains are growing thanks to Millennials’ interest in nutritious eating, but their relationship with healthy eating isn’t a simple one…

In the last five years, the top 25 food and beverage companies have lost $18 billion in market share—and experts say Millennials are to blame. Lifeway Foods’ CEO explains, “Millennials are driving a disruption in the food industry…I think we’ll see the food industry turned on its head.” Millennials’ have already made healthy eating more mainstream, and we predicted that this year, their idea of eating well would impact more brands than ever before. Healthy eating is important to them: 44% say they make eating healthy foods a priority in their lives, and 62% say it’s very or extremely important to them to eat and drink healthy foods and beverages. But young consumers are also shifting their ideas of what healthy eating means, and “dieting” doesn’t necessarily mean low-cal for this group. YPulse’s recent monthly survey found that 74% of 13-33-year-olds would rather eat all-natural than low-cal.

Eating clean, with local and natural ingredients, has replaced calorie counting—in fact, 35% of 13-33-year-olds tell us they have tried clean eating. Chemicals are the enemy, and fat is a beloved food trend. A browse of BuzzFeed reveals post after post on eating clean, and Instagram is full of recipes and photos of #superfoods and other nutritious and wholesome dishes. More brands are adjusting to the idea that eating “natural” is becoming a priority for more and more. The trends they’re fueling include an awareness of ingredients, and a switch from low-fat to balanced diets. They’re also fueling a growing market of startups that are putting a healthy spin on fast food.

According to a YPulse monthly survey, 10% of 18-33-year-olds have already tried vegan fast food—and qualitatively, we see that even those who aren’t following a vegan diet are interested in vegan foods. One 31-year-old male told us, “I am interested in vegan foods just for curiosity, even though I’m not vegan.” In our rundown of five food startups to watch, we included By Chloe, the vegan chain that may change what fast food means. The brand was founded by two Millennials, “aiming to make vegan food more accessible and Instagram-friendly.” All of By Chloe’s menu is 100% vegan, plant-based and kosher certified, and their meat-free burgers and fries have become a favorite of Millennial foodies, who are lining up for dishes like The Guac Burger—a black bean-quinoa-sweet potato burger with corn salsa, guacamole, and more. By Chloe’s food is drawing lines, and the brand is expanding fast, making its way to Boston and L.A. thanks to a partnership with Whole Foods.

Then there’s Freshii, a healthy fast food chain founded by a Millennial, that has the competitive edge of being authentic to the 16-34-year-old demographic. Known for providing “healthy foods for the masses,” Freshii came to be when its founder, Matthew Corrin, struggled to find healthy grab-and-go options that weren’t boring. The chain has attracted Millennials with its various and affordable offerings, which include salads and wraps, bowls, burritos, and frozen yogurt. Their popularity with young diners has allowed them to expand to over 85 cities and 15 countries within 11 years. Corrin also knows how to create a buzz: after Chipotle closed down for a national safety meeting, he said he would “help consumers through these dark hours,” and offered 50% off Mexican menu items.

Dig Inn is another nutritious grab-and-go (the healthy term for fast food?) startup with its sights on world domination, and a vision to change what affordable food looks at. The brand’s “Farm to Counter” slogan epitomizes their vision to search a vegetable-focused menu of locally sourced ingredients. Food is made daily from scratch, and 85% of the menu is produce. The New York City chain earned $35 million in revenue in 2015, and they raised $15 million in a recent funding round to expand nationally earlier this year.

But offering healthy fast-food options isn’t a cure-all for brands. Case in point: the failure of the McDonald’s McWrap. The wrap was introduced in 2013 to lure in young consumers looking for healthier meal alternatives, but failed to interest them. According to one analyst: “A lot of people who eat at restaurants aren’t interested in health and wellness,” and McDonald’s doesn’t seem to be a place where Millennials are calorie-counting. But if you ask us, they aren’t thinking about health and wellness when they’re eating at specific restaurant chains, like McDonald’s, or Shake Shack, or Five Guys, or Blaze Pizza. All of these brands have Millennial fans—they expect these chains to offer indulgent menu items and satisfy their craving for comfort foods. Last year, in an expose that surprised we’re not sure who, the New York Times revealed that a typical order at Chipotle is roughly 1,070 calories. The chain responded to the “scandal” with a resounding verbal shrug, saying that food is “something to be enjoyed. Not a science experiment aimed at engineering away calories or grams of fat.” We posited that it was more than likely that the young consumers who have helped put Chipotle on the map didn’t care about this calorie “shocker.” They know that Chipotle food isn’t low-calorie, they made the chain popular because they like the taste, and the brand’s ethos, not because it was health food.

Millennials’ interest in healthy eating is a complex one. Yes, there is no doubt that they want to eat healthy: a YPulse monthly survey found that 54% say they eat healthy, even when no one’s watching and 91% say they care about their health and being healthy. These desires are clearly at the root of the healthified fast food trend. But they’re also a generation that celebrates all kinds of foods, and prioritize taste above all: 48% say that they make eating foods that taste good a priority in their life, and 59% and say they care more about how foods taste than how healthy they are. YPulse’s research has shown 78% let themselves indulge in unhealthy food. This is the group that lines up for cronuts, over-the-top milkshakes, and demanded that McDonald’s make their McMuffin available all day. What they’re looking for is brand variety—options that allow them to eat nutritious meals that are as quick and portable as traditional fast-food, and those that let them indulge in the darker side of the food pyramid. You don’t have to do both, but you do need to do one of them very well. That means their food spending is going to continue to be fragmented, but it also means that there is room for both “healthified” and the good old grease-laden fast-food brands in young consumers’ lives.

Bloomberg’s Meta Memes Take Over On The Viral List