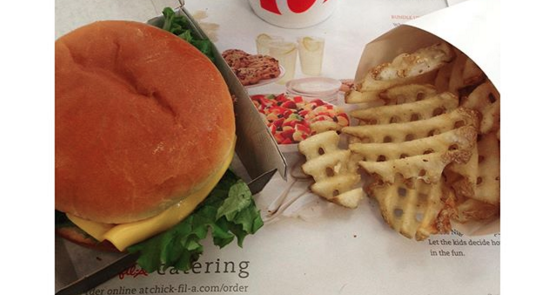 The food fight for Millennial consumers continues to rage, as major brands face changing tastes and fast casual upstarts. So we asked 1000 13-33-year-olds their favorite fast food chains and restaurants to find out where the competition currently stands…

We’ve asked Millennials and teens to tell us what could make them eat at McDonald’s, collected stats on their dining habits, and rounded up all the fast casual upstarts that could be their new favorites—all because the food fight to capture the foodie generation is raging on. As long-standing brands experiment, evolve, and create spin-offs to adjust to changing tastes and demands, innovative upstarts are growing and capturing bigger pieces of the youth market, and more food experiences are changing the way they think about dining, in and out.

The food industry landscape will no doubt continue to shift, but we wanted a snapshot of their current favorites in the oft-discussed world of fast food and restaurants. In our most recent monthly survey, we asked 1000 13-33-year-olds to tell us their favorite sit down and fast food restaurants.*

We’ll start with the industry Millennials have been accused of killing in the past: fast food. When we asked, “Thinking about fast food or quick service restaurants, where you have the option to order your food at a counter or drive-thru, which fast food restaurant is your favorite?” These were their top responses: 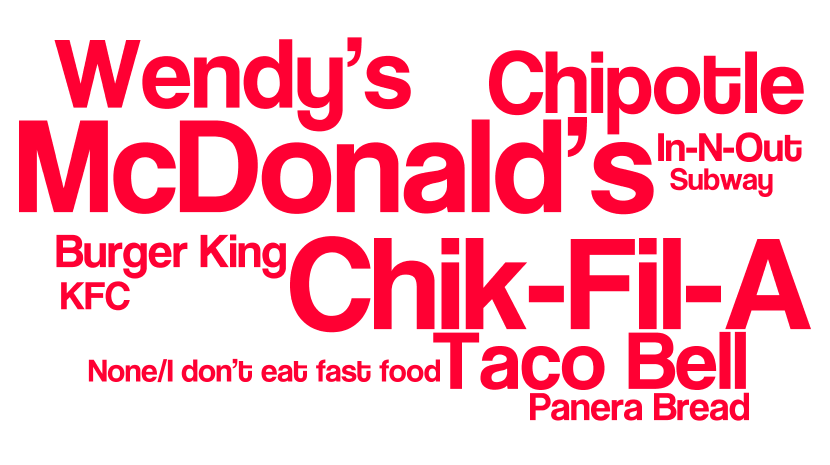 McDonald’s and Chik-fil-A were neck-in-neck on this list, nearly tying as the favorite fast food chain of young consumers. Now, before you act surprised that McDonald’s is on a list of Millennial favorites, we’ll point out what we’ve said before: some Millennials do still actually like the chain. The golden arches also has sheer size on their side. McDonald’s is everywhere, which also makes it top of mind for many consumers. But of course their influence is shrinking: where they once might have dominated the list, competitors are not far behind on the ranking of Millennial and teens’ favorites—and there are two fast casual chains on their fast food list.

Of course, we have to point out that “None/I don’t eat fast food” also made the list of top responses we received (again, open ended). It’s an attitude that is certainly assisting in the disruption of the fast food industry.

We would expect nothing else from a group of consumers who are seeking out unique experiences over big brand dependability. In our Q3 report trend Unique is the New Cool, we found that 79% of 13-33-year-olds say they would rather eat at a restaurant that is one of a kind, unlike other restaurants, than one that is consistent like a chain restaurant.

Now, if we take away those local restaurant responses, we can see the sit-down restaurant chains that came in on top:

Olive Garden received the most responses of any chain restaurant, followed by a near three-way-tie between Applebees, Cheesecake Factory, and Red Lobster. But these brands also need to account for competition outside their technical category. According to restaurant industry research firm Technomic, in 2013, sales at the 500 biggest fast casual chains like Chipotle grew at about two times as fast as the 500 biggest casual dining chains like Applebee’s. In other words, watch for these favorite lists to keep shifting.

*These were open-end response questions to allow us to capture the full range of Millennial and teens’ favorites restaurants. As with any qualitative question, the responses include those that are top of mind, and those that are actually most loved.