5 Things Millennials Have Been Accused Of Killing This Year 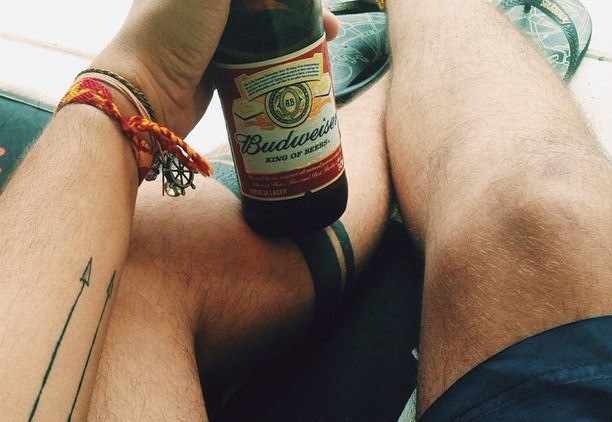 Millennials’ spending power is growing, but as we know they aren’t necessarily spending on what previous generations did. Today we’re looking at five big things that Millennial consumers have been accused of starting to kill off in 2014…and what we really think about it.

Disruption really should be the word of 2014. This year, the focus was on industries being reimagined and reworked—and the young consumers flocking to innovation and leaving tradition in the dust. The auto and housing industries have had Millennial consumers as the demographic to blame for their struggle for some time now (even Millennials with high incomes are more interested in spending money on experiences than purchasing the McMansions their parents did). But as the generation ages into their peak spending power years, their shifting tastes and behaviors are being blamed for threatening to kill off, or at least maim, plenty of other industries, brands, and products. We’ve reached the point where this generation isn’t just influencing other consumers and impacting a few industries—they have the power to truly bring businesses to their knees, and the speculation about who’s at risk was running wild in 2014. Here are five things that Millennials were accused of threatening or beginning to kill off this year: 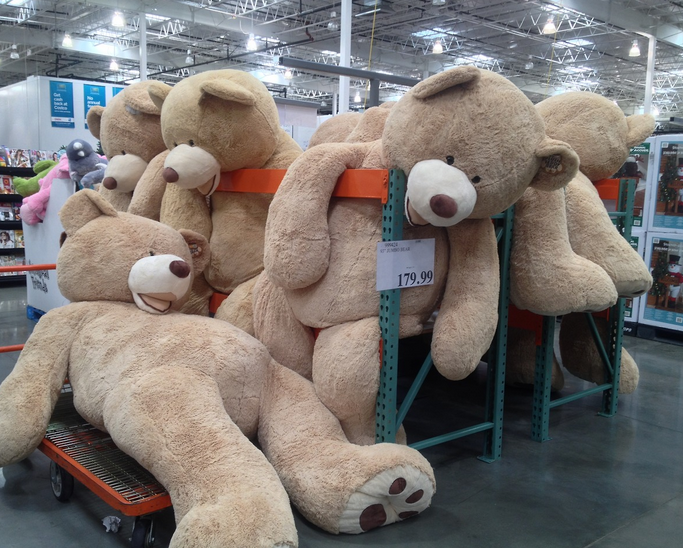 In March, Time reported that bulk-buying haven Costco was “Facing a Looming, Bulk-Sized Problem” as Millennials age into their demographic. The generation that has fewer cars and prefers urban living isn’t as likely to buy the amount of products that require a vehicle to transport and plenty of storage space, and Costco reportedly wasn’t planning any dramatic changes to lure younger consumers. Millennials don’t just lack space, they also have a different approach to buying food than previous generations, and they are changing the way that grocery shopping is done. These foodies are more likely to plan their shopping around a specific recipe they’re planning to cook, to buy ingredients the same day they’re preparing a meal, and look for minimally processed and locally grown food and beverages. Their preferences put pressure on big-box stores and traditional groceries who need to adapt to attract the new generation of shopper. But come April, Daily Finance shot back that the threat was overblown as both the generation and the retailer were changing.

YPulse’s Take: We agree with Daily Finance that this one is too early to call. Costco is reportedly “partnering with Google Express in San Francisco to experiment with same-day delivery” and if they and other retailers like them are indeed shifting to account for the preferences of the next generation of shopper there isn’t a reason to write the big box obituary. 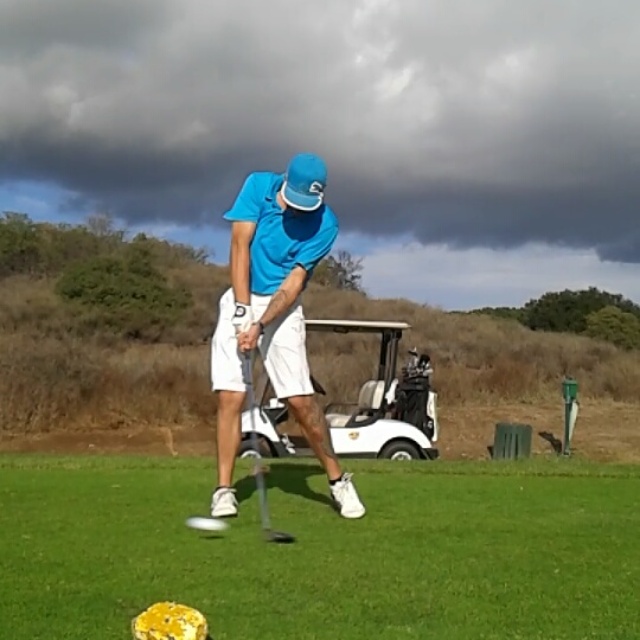 This August, The Wall Street Journal published a piece on Millennials threat to the good old game of Golf. Apparently the generation is not rushing to tee off, and golf is “suffering from a generation gap.” Over the last five years, participation in the sport has fallen steadily, and the participation rates of 18-34-year-olds dropped 13% from 2009 to 2013, while their rates in other sports has risen significantly. The slow rate of games, the expense, and likely the pretense surrounding golf, could all be contributing to the gap. MarketWatch chimed in in August, citing Millennials’ short attention spans, debt, and disinterest in exclusivity as the reasons behind golf’s crisis. Reportedly Dick’s Sporting Goods cut hundreds of jobs in their golf division in early 2014, and at least 160 golf courses in the U.S. shut down.

YPulse’s Take: It would take some major repositioning before many Millennials think of golf as anything other than a luxury sport. The reality is, this generation’s taste in sports is shifting rapidly and the time and investment required to get involved in golf makes it an unlikely addition to their list of pastimes. We wouldn’t predict a mass Millennial migration to the sport. 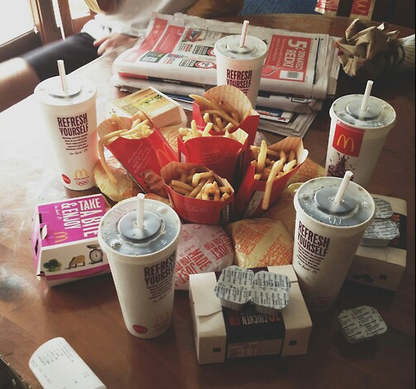 This was perhaps one of the most continuous stories of the year, covered by many publications over the last 12 months. Millennials have slowed their restaurant visits, and fast food restaurants have seen a 5% decrease in traffic amongst low income Millennials and a 16% decline from higher-income Millennials over the last seven years. Many chains are realizing that the generation is are more interested in chains that invest in ingredients than those that spend on marketing. Consumers in their 20s and 30s are flocking to fast-casual eateries like Chipotle and Five Guys, and their preferences are dictating the future of fast food. Many (most) of the stories about the fast-food industry struggling to understand and attract young consumers focused on McDonald’s.  Their Millennial challenge is no secret. In the U.S., McDonald’s sales have been “flat or falling” for the majority of the last year, and consumers ages 19 to 21 who visit the chain monthly have fallen 12.9% since 2011. Young consumers’ desire for fresh ingredients and higher quality, customized meals is hurting the brand, and their attempts to lure Millennials with new menu items and social and mobile marketing is not yet changing their minds. In October, McDonald’s new campaign was all about transparency, a “mythbusting” push that answers serious questions about their food via Twitter, YouTube, and Facebook, with the hope of changing perceptions about their products being unhealthy, unsafe, or unnatural. Today we reported that the chain is cutting back menus and planning self-service kiosks as well. The brand is far from the only fast-food institution shifting tactics and pulling out all the stops to reclaim young diners. Quiznos, Carl’s Jr, Pizza Hut, Taco Bell and Burger King have all made significant menu and marketing changes in 2014 as well—and their efforts will continue in full force next year.

YPulse’s Take: It’s true that Millennials and teens expect brand transparency and appreciate interesting flavors and great marketing, but they are also looking for quality products, so it could be that menu revamps and social and mobile apps and ads aren’t enough. As one male Millennial told us in June, “Taco Bell’s social media, specifically Twitter, is absolutely hilarious. It’s about knowing their audience, regardless of the fact their food sucks. So in a way, I love their appeal, but still would never buy their product. Sorry not sorry.” That being said, on an average day, 33% of Millennials spend money on fast food/take out, 26% spend on groceries, and 14% spend on dining out—if fast food can give them the products they want, they will spend. 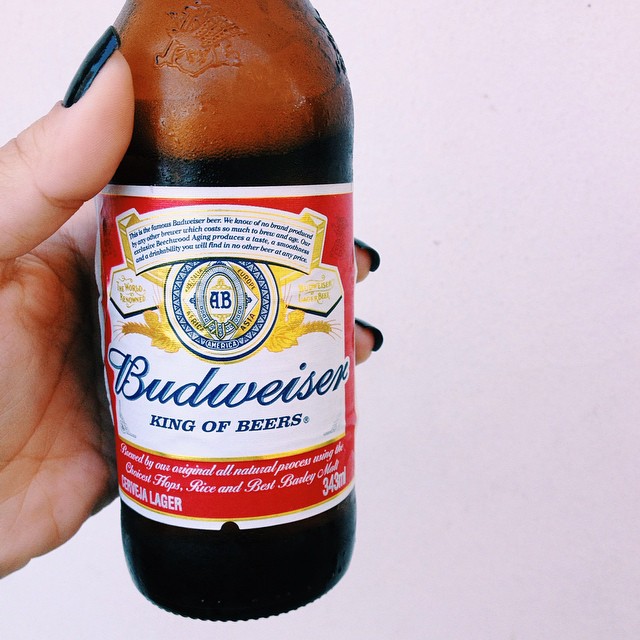 October’s headlines brought the news from AdAge that young drinkers had “abandoned” big beer. Millennials’ affinity for craft beverages is the reported root of the threat. Many members of the generation see their “father’s beer”—brands like Miller and Budweiser—as inferior in quality when compared to the craft beers they’re drinking more of. But the decline of major branded beer is part of a decline in beer consumption overall: beer’s share of alcohol consumption has fallen from 59.6% in 2001 to a projected 50.9% in 2015. Maybe it’s because of all that wine they’re drinking. In November, more bad news for big beer came to light when Time reported that 44% of Millennials 21-27-years-old have never drank a Budweiser, and the brand is shifting to try and attract this new generation of consumers.

YPulse’s Take: Big Beer will adjust—they’ve already begun to offer products that appeal to young consumers, who clearly have a taste for beer but want something different from what’s been offered in the past. At the same time, as we’ve seen with brands like PBR, sometimes the taste of a product is secondary to its cultural pull. Traditional beer brands could, given the right alignment of factors, appeal to a new generation of drinkers. 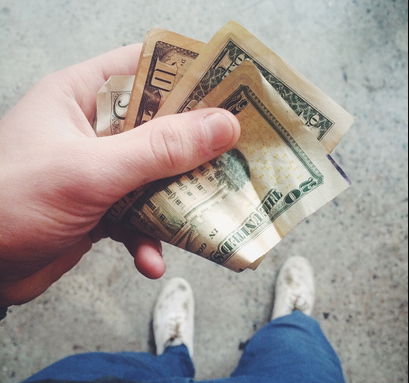 In November, Bloomberg Businessweek talked to young consumers and came to the conclusion that “Cash Is For Losers!” Thanks to debit cards, PayPal, and online banking, many Millennials have already done away with carrying cash, and now apps like Venmo are giving them yet another way to pay without reaching for a wallet. The mobile-payment tool is becoming increasingly popular with young consumers who are saying “Just Venmo me” to split checks and pay back friends for everything from drinks to rent. Just how popular? Venmo handled $324 million in mobile payments in the first quarter of 2014, up 62% from the previous quarter. While it’s often used in social situations, like when divvying up the restaurant bill between friends, its fast growth is indicating that it may become the go-to payment for various Millennial transactions. Online consignment shop Twice has teamed up with Venmo to make the retail carousel spin even faster, offering resale clothing sellers and buyers the option to exchange money via the mobile app. The addition of Venmo as a payment option was requested by Twice’s younger consumers, and simplifies the process even more.

YPulse’s Take: Plastic and mobile payments are just too convenient, and answer Millennials’ ongoing desire to have seamless, more effort-free transactions in every facet of their lives. Qualitatively we already hear that cash feels antiquated and awkward—it won’t happen soon, but among these consumers cash could be on its last legs.