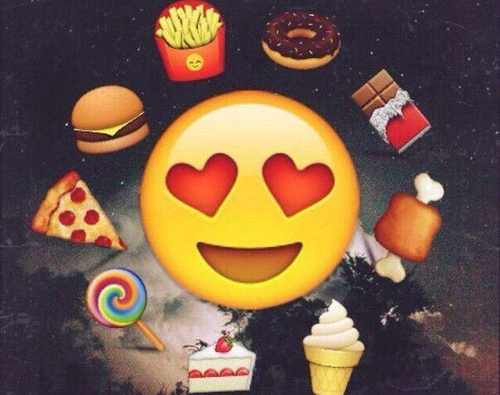 We’ve got fresh data on the dining habits of the foodie generation, from what meals they eat to how much they’re cooking, their openness to new foods, and more.

Hungry for new data on Millennials and teens’ dining habits? Young consumers’ eating is turning the restaurant industry upside down, and fueling full-blown trends online and off.  In our April survey of young consumers 13-32-years-old, 47% said they consider themselves foodies. To find out if they live up to their foodie reputations, we asked them all about their dining habits from fast food to their favorite takeout, the meals they eat in an average week, and more. Here are five big bites of data on Millennial and teens’ food behavior—bon appetite!

Watch out desserts. During a typical weekday, 13-32-year-olds are more likely to have a nighttime snack than an after-dinner sweet, with 38% saying they indulge in evening snacking in an average day, and 46% grabbing nighttime snacks on the average weekend. A full 56% say they have an afternoon snack in their average day. According to another recent study, 80% of Millennials have eaten a snack in place of a meal in the last month. This “snacking revolution” could be impacting the way they shop, and increasing their “immediate consumption” trips to the store. 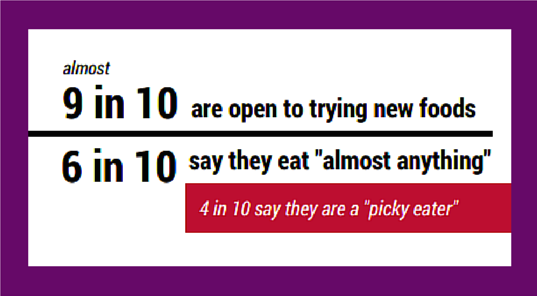 Millennials and teens are happy to test their palates, and most don’t see themselves as picky eaters. The large majority, 90%, say they are open to trying new foods, and 60% say they’ll eat “almost anything.” Meanwhile 40% call themselves a “picky eater.” Those who have heard about the trending gluten sensitive diet, and other particular dining quirks, might raise an eyebrow at these stats, but part of Millennials’ foodie-identification is their belief they are open to new and different foods. One 20-year-old male told us, “I think I’m a foodie because I love food and am open to trying new sorts of food. It’s not worth it to go somewhere new and eat all of the same stuff. New tastes are part of living life.” Their tendency to put new things on their plate could be part of what is influencing their desire for fast food that isn’t burgers. 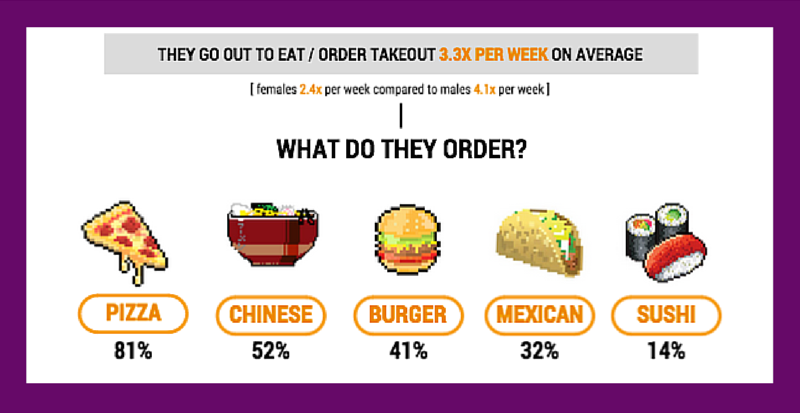 Millennials and teens are going out to eat or ordering takeout an average of 3.3 times a week, and following some gender stereotypes, males are ordering out about two times more often than females. Despite their adventurous eating claims, the majority of these orders are for pizza, with 81% saying that they usually order a pie when they get takeout. Chinese is their second choice, followed by burgers and Mexican. However, when we asked them what their FAVORITE type of cuisine was, Mexican came out on top with 42% saying it was their number one choice. 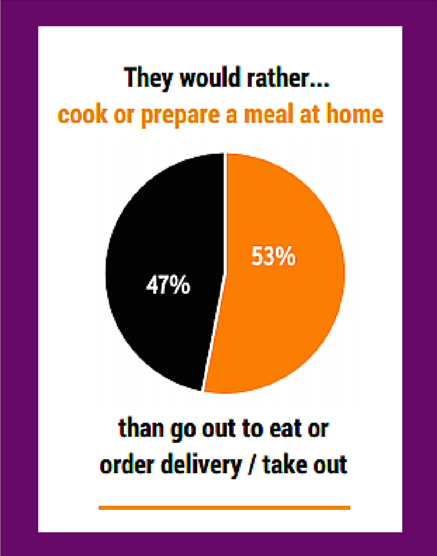 4. BUT THEY’D PREFER TO COOK

Despite the fact that they’re ordering food in or going out to eat over 40% of the week, they would prefer to be cooking their meals. 53% say they would rather cook or prepare a meal at home than go out to eat or order delivery/takeout. Millennials think cooking is an artform, and also see it as the healthier, more economic option. The majority, 76%, enjoy cooking as well. Many Millennials have embraced brands like Plated and Blue Apron that help them cook interesting dishes with fresh ingredients, and help them feel like a star in the kitchen, and the meal-kit service market is predicted to grow between $3 billion-$5 billion in the next ten years. There are also theories that Millennials’ love of cooking hurting the restaurant industry. 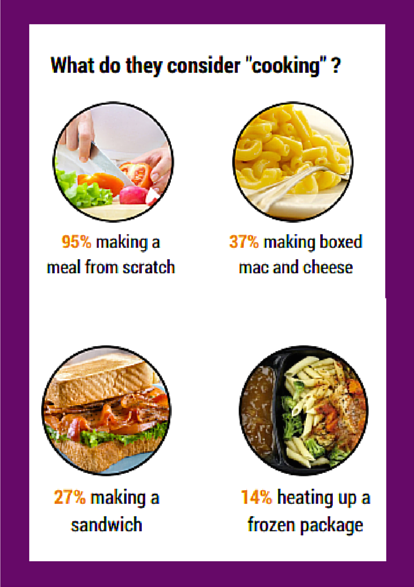 5. AND NO, THEY DON’T THINK POURING CEREAL IS COOKING

There might be a stereotype that to young people cooking is heating up a frozen pizza, or pouring a bowl of cereal, but Millennials and teens’ definition of cooking is far more traditional. The majority, 95% define cooking as making a meal from scartch, and only 14% agree that heating up a frozen package of food counts as cooking. Only 7% said they consider pouring a bowl of cereal cooking. In our April survey, 89% said they want to get better at cooking, and 38% said they do all or most of the food preparation in their homes. In true Millennial teamwork fashion, 29% said that it’s a shared responsibility.