Eat Up: 5 Food Trends That Could Take Off 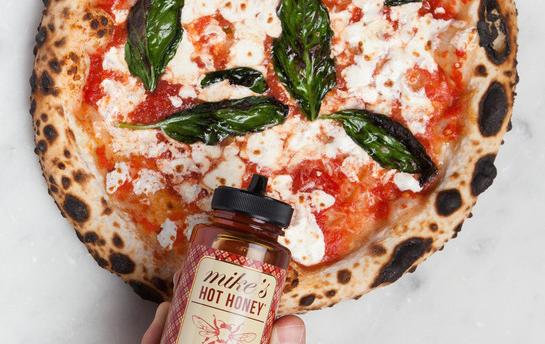 Millennials’ food obsession and increasing spending power has made them major influencers, and their niche dining obsessions can turn into full blown crazes. We’ve got five food trends that could be the next big thing.

Kale, avocado toast, cronuts—these days a seemingly niche food trend can quickly spread into a full on craze. For many Millennials, food is far more than what’s on their plate. It’s a culture, a status symbol, and a passion. Thanks in part to young consumers predilection for sharing images of what they’re eating, and status updates about what they’re craving—#Foodporn has currently been used on 46,014,729 public photos on Instagram—they have been at the center of a shift in how food is discussed, as well as major influencers in what trends take off.

Their increased spending power is only making them more influential. Millennials are already outspending Boomers in some categories, specifically food: 25-34-year-olds spend more money dining out than older consumers. 43% of every dollar that Millennials spend on food is spent outside their home, and in 2013 they spent 10.6% more than Boomer households on eating out. Their food spending and tastes have already helped to reshape the fast food industry, boosting chains like Chipotle and Shake Shack; and as we wrote last year, media celebrating and focusing on food culture are continuing to multiply, while restaurants and food brands are coming up with even more creative approaches to get young consumers’ attention.

With all this in mind, knowing their latest dining obsessions has become important for many industries. So what will be the next cuisine craze? Here are five food trends brewing with Millennials that could take off: 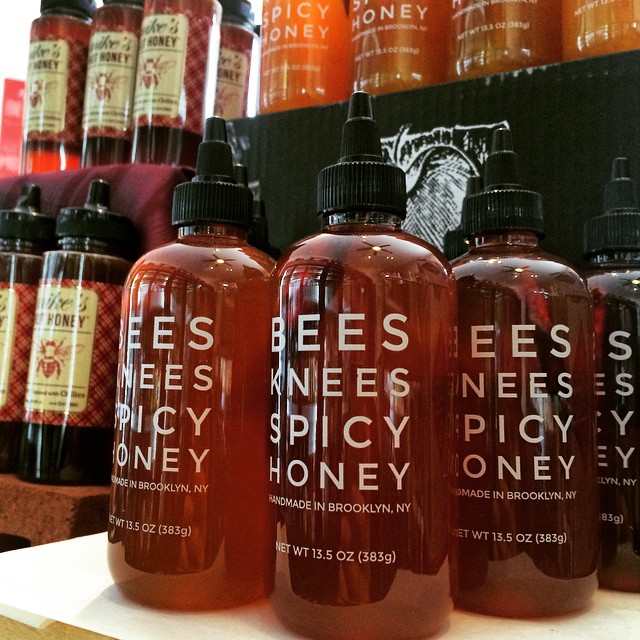 Hot honey is exactly what the name indicates: a sweet honey infused with spice that can be used as a versatile condiment on anything from pizza to biscuits to fried chicken. According to NYMag, there are two major hot honey companies vying to become the next hot condiment, Mike’s Hot Honey and MixedMade’s Mees Knees. Both were founded by Millennials with big plans for their spicy/sweet creations, and Whole Foods will be putting both brands on its shelves this year. Like sriracha before it, hot honey has begun to be served at restaurants in New York and beyond, increasing its exposure. Millennials have shown their love for spice and hybrid foods in the past, so hot honey could be a success story in the making. 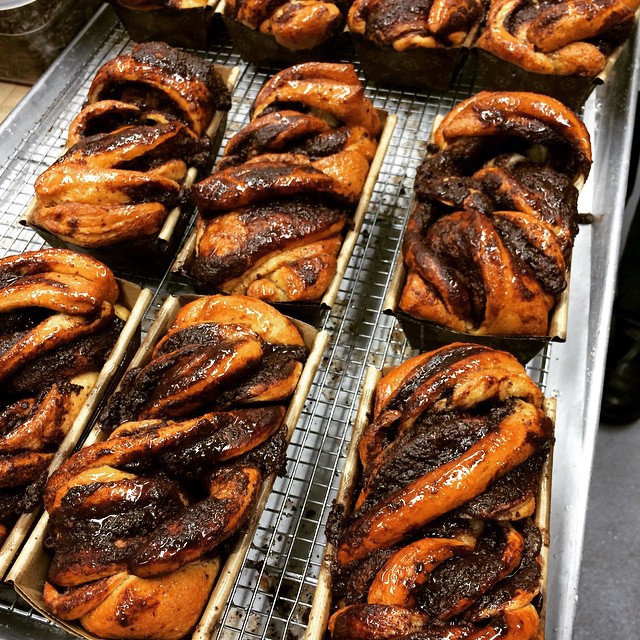 Food & Wine’s Millennial-focused blog FWx wrote last week, “Babka probably doesn’t get the respect it deserves as a superior pastry.” This could be the year that changes, and babka goes from an essential element part of a classic Seinfeld episode to a dessert star. Since the cupcake craze spawned an entire industry, everyone is always on the lookout for the next big dessert. They have come and gone, with macaron, donuts, and of course the cronut all having their moment in the sun. Babka may seem like an unlikely candidate for cult status, but New York baker Fany Gerson has come up with a new invention that may get the traditional sweet new fans. Her Doughka is a babka loaf made with doughnut dough, and it’s already being called “the latest food trend.” The mashup may be a hit in its own right, but it could also make babka a new focus for foodies. 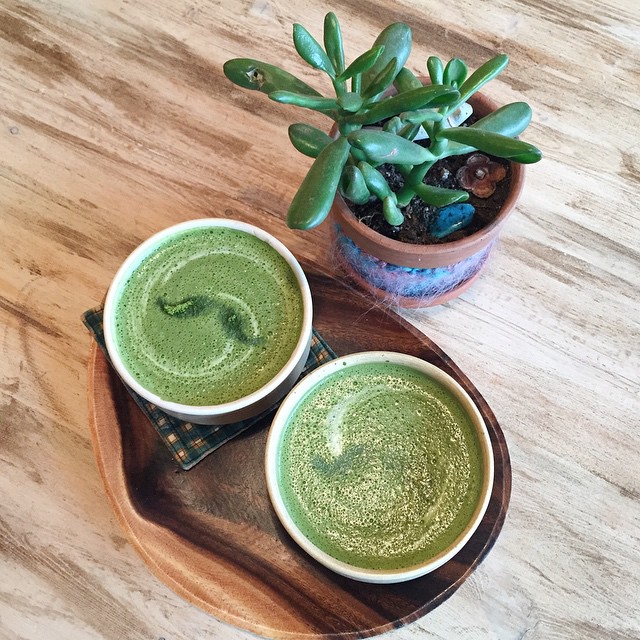 Matcha is so hot right now. According to food blog Eater, “everyone is talking about” this green tea powder, which is made by grinding up tea leaves that have been grown in the shade. It has become a sudden darling to chefs, starring in dishes like fried chicken and matcha waffles and being sipped by models backstage at fashion week. The traditional ingredient is being hailed for its energy-giving components and its beauty benefits alike. Some are trading in their daily coffee for daily matcha, and there is now an entire café devoted to the green beverage in New York’s West Village, and another in Brooklyn. All signs point to the beginning of a full-fledged matcha obsession. 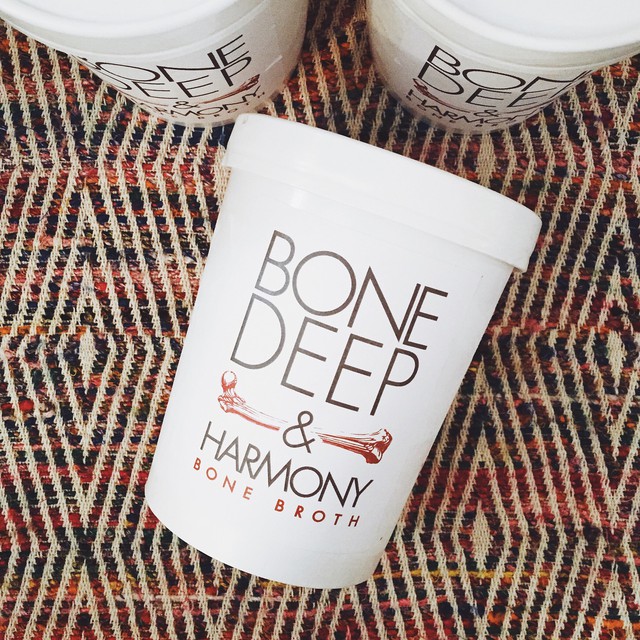 Watch out pumpkin spice latte, some foodies are passing you up to put bone broth in their to-go cups. That’s right, bone broth, the liquid that results from cooking meat and bones mixed with an acid like vinegar in scalding hot water for a long period of time, is a new in-demand elixir. The broth has been referred to as a “fountain of youth,” and over the last few months its supposed health benefits have made it a major trend. Besides containing a plethora of nutrients, the broth is supposedly good for soothing the stomach and calming the nerves. Chefs are making over $3.50 a cup on leftover broth they probably never predicted they could sell on its own. Brodo, a storefront window in New York’s East Village, along with spots in Portland and Washington, D.C. have begun selling broth by the cup, while startup brands like Bone Deep & Harmony struggle to keep up with their bone broth subscription demand. It’s simple, it’s been around forever, but it’s catching on as a new food-world darling. 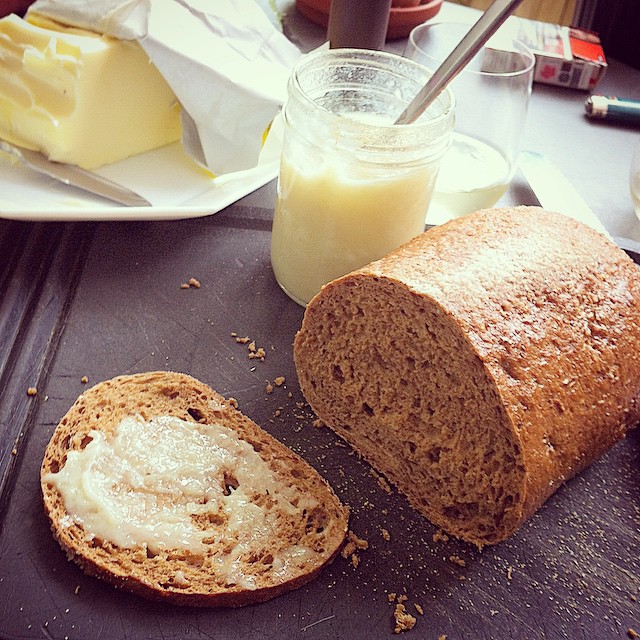 5. Full Fat
Millennials grew up in a fat-phobic time, when butter, whole milk, and eggs were declared bad for them, and diet food and fat substitutes (remember Olestra?) reigned on the shelves. But suddenly, studies are telling them that natural, animal derived fats aren’t actually bad for them, and in fact, those substitutes were probably worse. This is a generation that is health conscious while being happy to indulge, and the idea that fat is something they should be eating could make it their next favorite food craze. Bring on the butter. Time listed the rise of fat as a food trend to watch in 2015, quoting a food expert who “expects more high-fat dairy products, more fat-celebrating meat purveyors, and more higher fat Asian foods to hit restaurant menus and grocery store shelves in 2015.” The New York Times has declared that chicken schmaltz is a new favorite ingredient among young chefs. We’ve already seen butter-filled bulletproof coffee and bone marrow embraced by young foodies. At the very least, the attitude towards fat is shifting, but we could also see full-fat diets become a celebrated food trend.