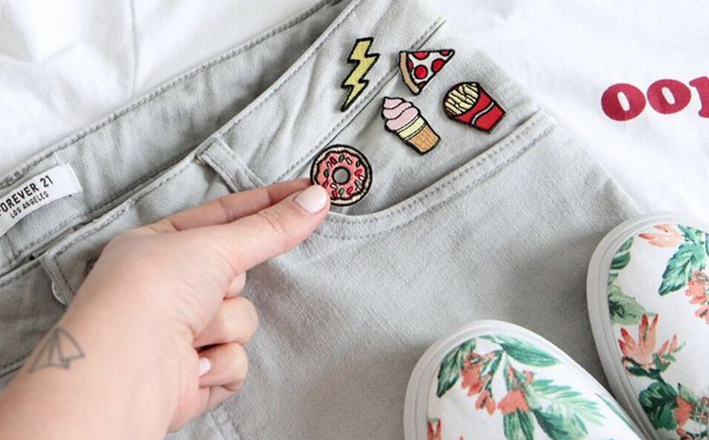 We asked 1000 13-33-year-olds to tell us their favorite clothing brands (and why they love them) and looked at which brands are winning with Millennials males and females.

It’s hard out there for a retailer. Once popular mid-priced retail brands like Gap, Banana Republic, J.Crew, and Macy’s have seen dismal sales in the past year, and analysts are blaming Millennials. Multi-functional wardrobes, the casualization of the workplace, and a lack of strong new fashion trends have presented unique challenges to retailers. Analysts also believe this generation prioritizes spending on other things: “Millennial consumer[s] are much more focused on technology and experiences, further heightening the shift in spending away from apparel.”

On top of their spending fragmentation, for many young consumers, stocking up on wardrobe basics no longer means a trip to the store. While brick-and-mortar based retailers have seen sales fall, direct-to-consumer online-only startups like Everlane and Bonobos have watched revenues double from year to year.

With the retail and fashion industry continuing to feel the Millennial disruption-effect, we’re continuing to keep tabs on their favorite brands to see who’s managing to capture their wallets, and maybe even loyalty (for now).  In a recent monthly survey of 1000 13-33-year-olds, we asked them, “What is your favorite clothing brand (thinking of the name on the label of the clothing)?” Here’s the overall top 20 brands they named:

For the second year in a row, Nike is at the top of their favorite clothing brand list. In 2015, we pointed to the athleisure trend as one of the potential brand-boosters Nike is seeing, and that phenomenon has only gotten stronger since. (The fact that fit has gone glam could also be helping Under Armour make this top 20 list.) Comfort is clearly one reason young consumers are reaching for workout gear, and one 16-year-old male tells us Nike is his favorite clothing brand because he “love[s] wearing comfy sports clothing.” In fact, almost one in four who named Nike as their favorite referenced the comfort of the clothes. Quality, price, and versatility were frequent mentions. A 22-year-old female shared, “They offer cute, fun and affordable clothing. It is also versatile in that it can be worn to work out or in public as part of a casual wardrobe.”

Overall second place favorite clothing brand American Eagle was also second on the list in 2015, and actually inched closer to Nike this year. The quality of American Eagle clothes for the relatively affordable price was mentioned by many respondents who named it as a favorite. The brand’s jeans seem to have a following with Millennial and teen females as well—one 17-year-old female told us, “I enjoy the quality and especially the jeans. They last for at least 2 years, which is nice, considering I wear them twice a week,” while another simply said, “They produce jeans that fit my body.” 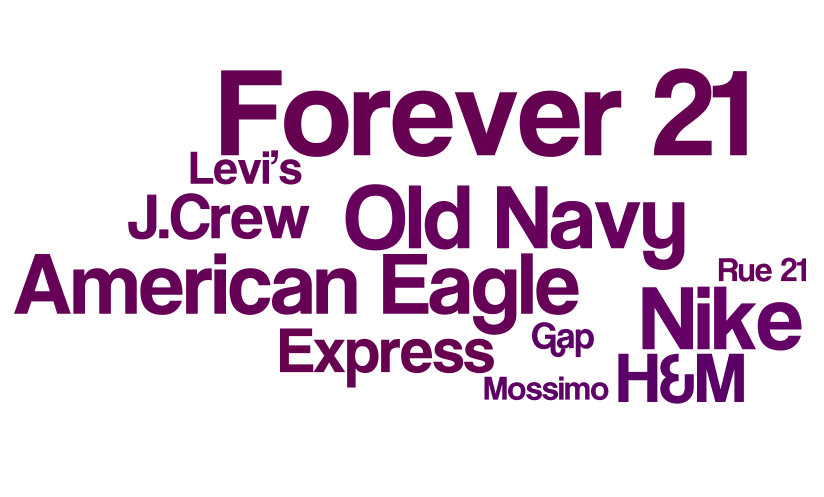 This year, Forever 21 usurped Nike for the top spot in the female favorites list. This shouldn’t come as a big surprise to those who have been following the rise of fast fashion. Brands like Forever 21 and H&M have seen their U.S. market share rise significantly in the last ten years. The retailer has especially resonated with female consumers: in our survey, no males named Forever 21 as their favorite clothing brand. Affordable prices are clearly a huge draw for those females who named Forever 21, as is the fact that they stay “up to date with the latest trends.” But many also mentioned the variety of styles available. In our trend Genreless Generation, we spoke about the appeal of retailers that allow young consumers to try more than one look, and found that 72% of 13-33-year-olds would rather shop at a store that provides a range of style options than one dedicated to a certain style. 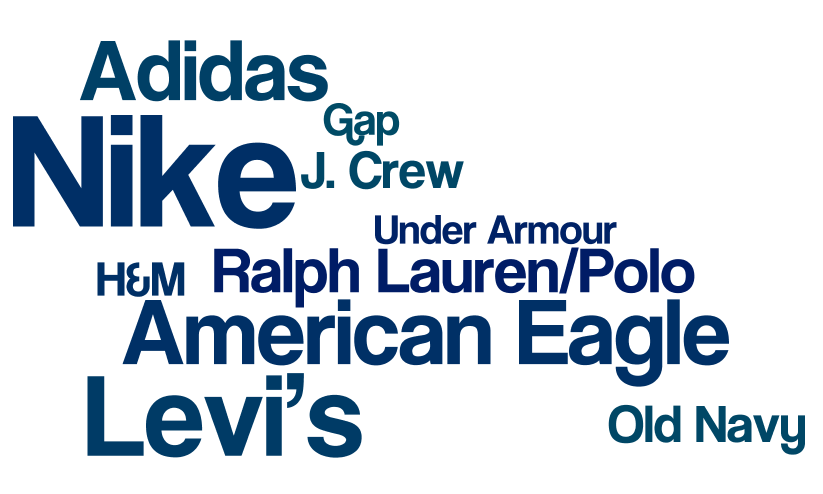 Nike is male Millennials’ top named favorite clothing brand, followed by Levi’s and American Eagle—the same top three as 2015. We’ve gone over Nike’s appeal, and those who named Levi’s as their favorite also frequently mentioned price and comfort. But durability was also a major appeal for the brand. One 24-year-old male told us, “It almost always fits the way I want it to and is durable while being fashionable.” Being durable was mentioned by almost one in four of those males who named Levi’s, so those brands who want to appeal to Millennial guys take note: let them know you’ll stand the test of time.

*These were open-end response questions to allow us to capture the full range of Millennials’ favorite brands. As with any qualitative question, the responses include those that are top of mind, and those that are actually most loved.