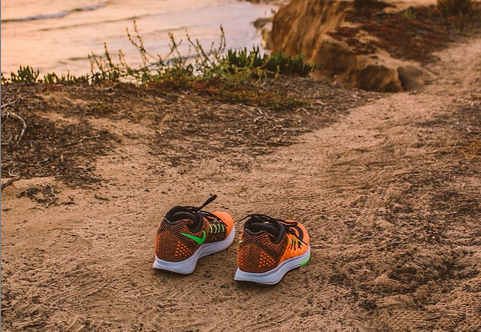 We asked 13-32-year-olds to tell us their favorite clothing brand, and we’ve got their top ten responses.

We recently discussed the fact that Millennial and teens’ fashion preferences have been leaving some major retailers in the dust, and brands that once had young consumers on their side are struggling to recapture their cool. One by one it seems that major brands that were once wildly successful with young consumers are seeing their fates change. With so many fashion brands trying to figure out the youth market, we decided to ask Millennials and teens exactly what clothing brands they do like right now.

In our quarterly report survey, we asked 1000 13-32-year-olds to tell us their favorite clothing brand. This is a qualitative look at the question, which was left open-ended. As with any qualitative question, it’s important to keep in mind that the responses will include those that are top of mind, those that are used most often, and those that are actually viewed in a positive light. That being said, the list of their top 10 brands can tell us a lot about young consumers’ tastes. Here are the 10 brands that got the most mentions overall: 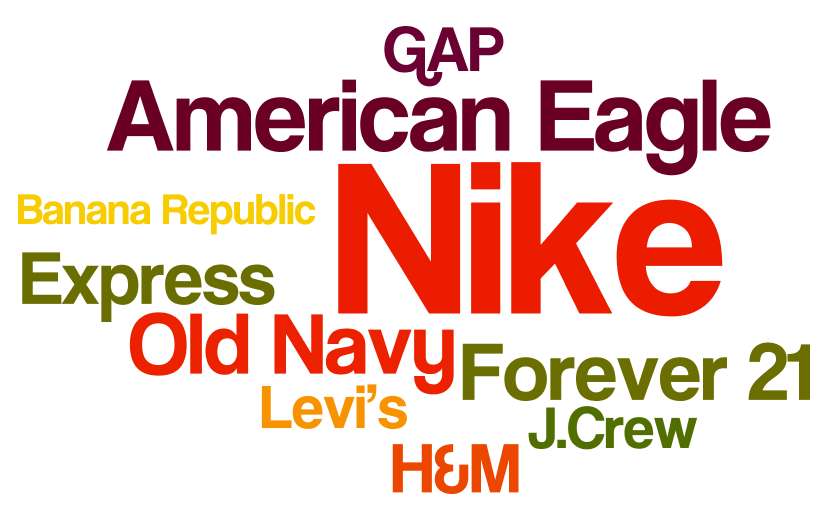 Nike was far and away the favorite brand, receiving almost double the mentions of the second highest brand, American Eagle. Its position at the top is not a surprise— it also made it close to the top of Millennials and teens top 20 favorite brands earlier this year. They see Nike as both innovative and high quality—two vital characteristics to this group. At the same time, The atheleisure trend, essentially wearing leisure or work out gear in places that previous generations would have dressed up, could be boosting the brand’s popularity. Athletic retailers are thriving where department and discount stores are struggling, and the trend of being constantly casual is too comfortable to go away anytime soon.

American Eagle claiming the number two spot is somewhat of a triumph, considering how much youth retailers have been failing to attract teens to their stores. But the brand has made considerable efforts to turn to turn their image around. They’ve leaned into festival fashion with the hope that young female consumers will be tempted by trendier looks inspired by Coachella, and their new label Don’t Ask Why follows the recently popular trends of “soft dressing, restricted sizing, [and] a California aesthetic.” Those qualities make it very similar to the Brandy Melville brand, which has had a lot of success with young female shoppers. Don’t Ask Why is being used to test and experiment with concepts that could be applied to AE products if successful.

When we look at just young female consumers’ favorite clothing brands, the list varied only slightly in ranking and the same brands stay on top: 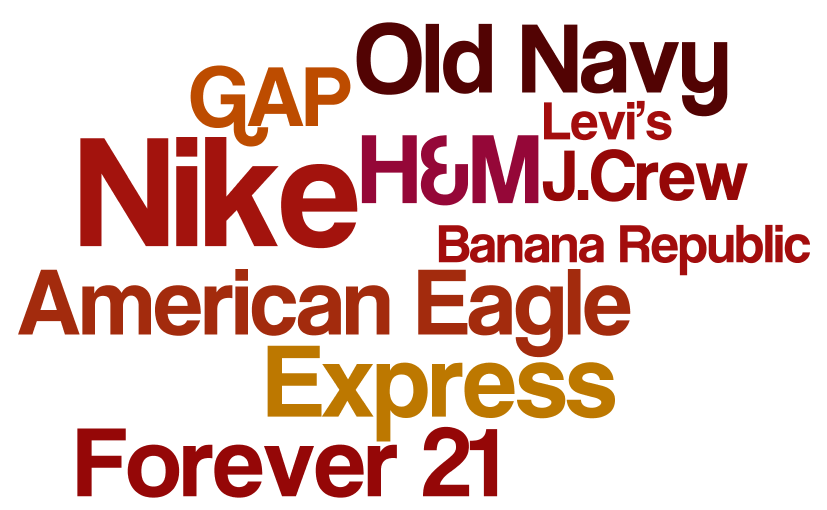 Nike was also the top of the list for females, perhaps proving the strength of the aforementioned athleisure trend. The next five brands in the list, Express, Forever 21, H&M, Old Navy, and American Eagle, were mentioned almost exactly the same number of times. The somewhat flat nature of the ranking here hints that there isn’t one brand that is wildly succeeding with young female consumers, and it’s anyones game to take. Old Navy did rank higher than the once dominant GAP, which echoes the sales patterns that both brands have seen. But the fact that GAP and J.Crew still made the top ten lit for these consumers is a sign that not all hope is lost for them: despite slowing sales, they are still top of mind and relevant to Millennial and teen females.

When we shift to the male top 10, we do see some variation in brands that make the list:

No surprise, Nike is top of the list, with far more mentions among males than they received among females. Considering the brand is only just heating up female-focused advertising, this is expected. But while American Eagle fell to the middle of the heap among females, among males its ranking is much stronger, coming in at a clear second place. After that, the male ranking also flattens out. you’ll see there are 11 brands mentioned here, because several received an equal amount of attention. It’s the bottom of the male top ten where some newer brand appear: Ralph Lauren Polo, Hollister, and Aeropostale make their list.