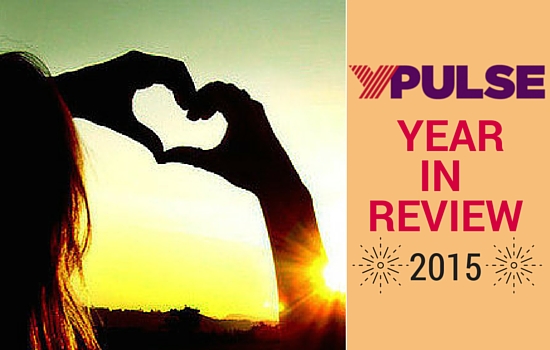 The brands, apps, entertainment, and people that Millennials and teens told us were their favorites this year.

We survey 1000 13-33-year-olds every month, and throughout 2015 we asked them to tell us their favorite brands across different categories—as well as their favorite entertainment, apps, and more. As part of our look back at the year that’s past, we’ve collected their top brands, apps, entertainment, and more, in one list of Millennials’ and teens’ favorite things*: 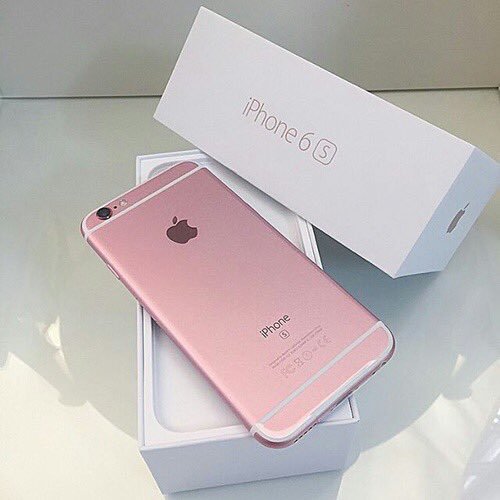 Apple, Nike, and TOMS were Millennials and teens’ top three favorite brands, in that order. Apple’s position at the top is not a surprise. They remain the brand that Millennials use most, have top of mind, and have positive feelings for. Those brands they see as innovative and quality are highly esteemed, and innovative was a word that came up again and again when they described their favorite brands: one 24-year-old female chose Apple because they are “constantly innovative.” 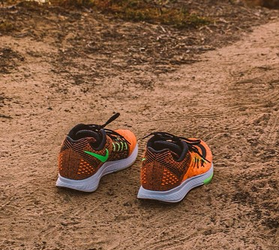 Nike was far and away 13-33-year-olds favorite clothing brand, receiving almost double the mentions of the second highest brand, American Eagle. Considering Nike was close to the top of Millennials and teens top 20 favorite brands overall, its position at the top of their clothing ranking makes sense. They see Nike as both innovative and high quality—two vital characteristics to this group. At the same time, the athleisure trend could be boosting the brand’s popularity. Athletic retailers are thriving where department and discount stores are struggling, and the trend of being constantly casual is too comfortable to go away anytime soon. 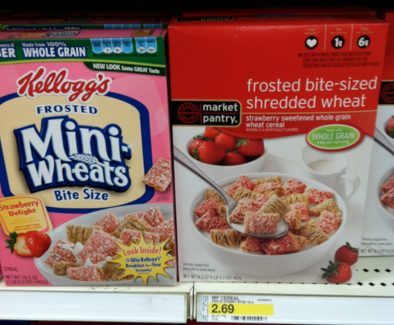 At the grocery, Millennials are crazy for store brands. “Store brand” or “generic brand” were the top mentioned responses, and three store brands (Walmart/Great Value, Trader Joe’s, and Kroger) also made the top ten list of their go-to food brands. Their reasons for going with store brands is pretty clear: less cost for what they feel is the same quality. One 21-year-old male told us store brands are his favorite because “it is the cheapest and in many cases of equal quality.” Millennials are making store brand products a part of their shopping habits as they become the majority of grocery shoppers. 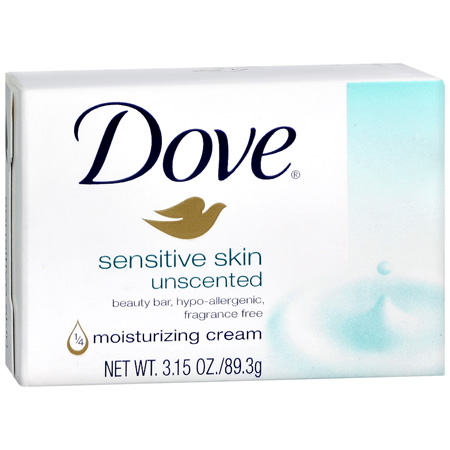 Though it was a close race, Dove was the top mentioned favorite beauty/personal care brand among both females and males 13-32-years-old. Females’ top three beauty brands, Dove, Neutrogena, and Aveeno, have a few things in common. For one, they are not breaking the bank, but are still viewed as higher-quality than some other affordable brands. At the same time, all three brands have a reputation, and the accompanying marketing, for being more pure, natural, or authentic. 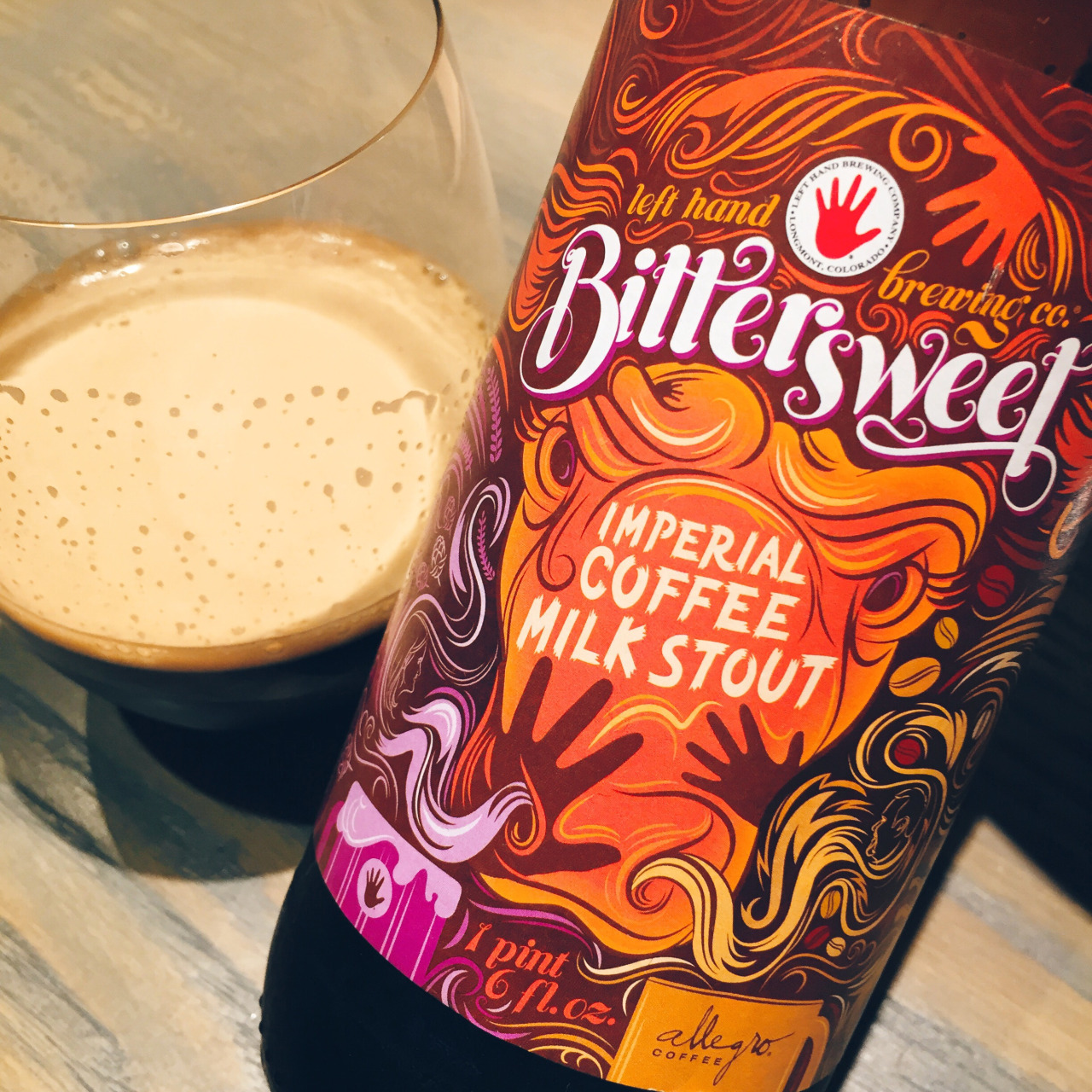 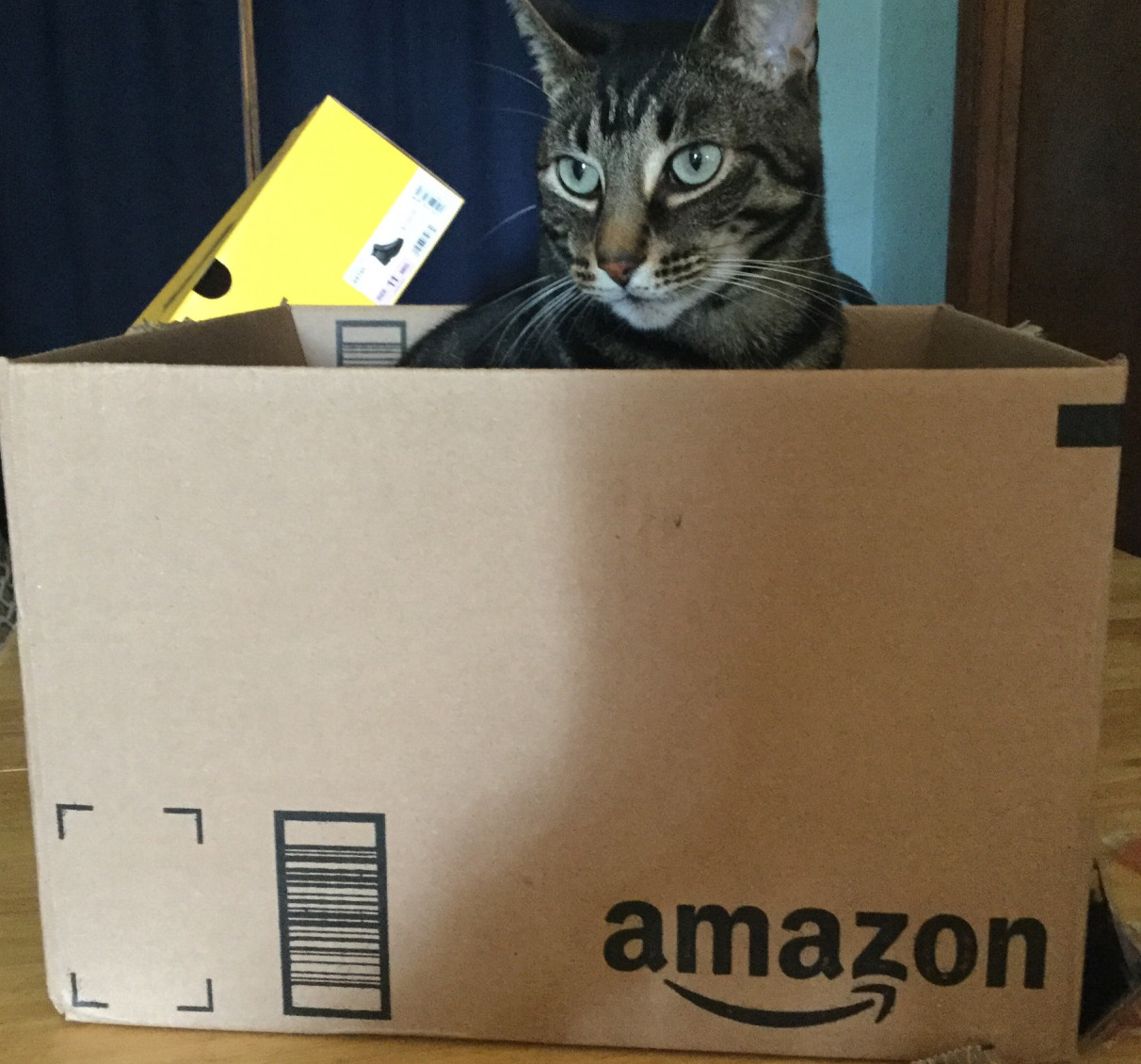 When we asked 13-33-year-olds their favorite place to shop online, Amazon was named by the overwhelming majority of respondents. In fact, if we quantify the list, over six out of ten respondents named Amazon as their favorite place to shop online. Prices and the massive variety of products available are the biggest draws for them. A 28-year-old female said simply, “They have everything!” One 18-year-old male explained his choice by saying, “They almost have anything you can think of and they have stuff they wouldn’t have in stores.” 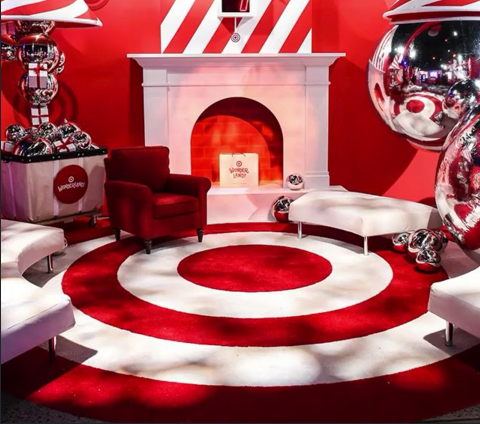 Target and Walmart were the top two physical stores mentioned by a landslide—though they do not dominate the brick-and-mortar list the way that Amazon dominated the online list. Nearly a quarter of the respondents named Target as their favorite physical store to shop in, and many mentioned the convenience of one-stop-shopping and love of Target style as reasons why.  A 21-year-old female compared the super-store to its rival Walmart, telling us, “It’s trendy. Unlike Walmart, it is a little bit more upscale in my eyes. You can buy groceries and cute clothing.” 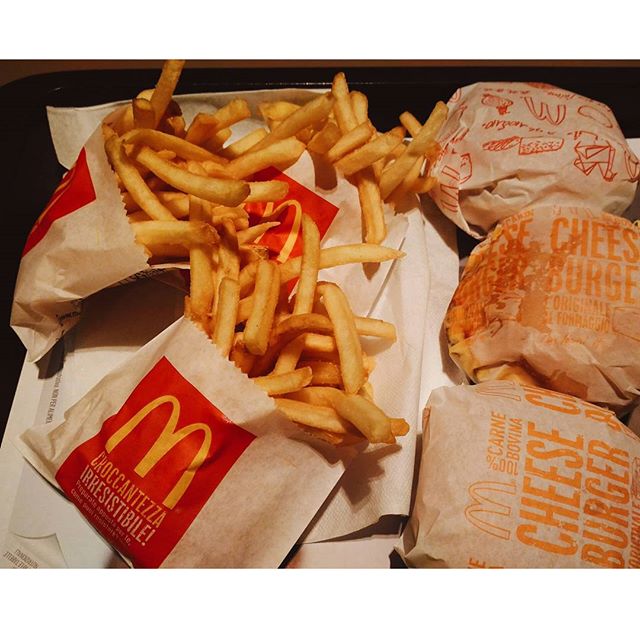 McDonald’s and Chik-fil-A were neck-in-neck on this list, nearly tying as the favorite fast food chain of young consumers. But McDonald’s just made it as their top fast food chain. Now, before you act surprised that McDonald’s is on a list of Millennial favorites, we’ll point out what we’ve said before: some Millennials do still like the brand. The golden arches also has sheer size on their side. But of course their influence is shrinking: where they once might have dominated the list, competitors are not far behind on the ranking of Millennial and teens’ favorites—and there are two fast casual chains on their fast food list. 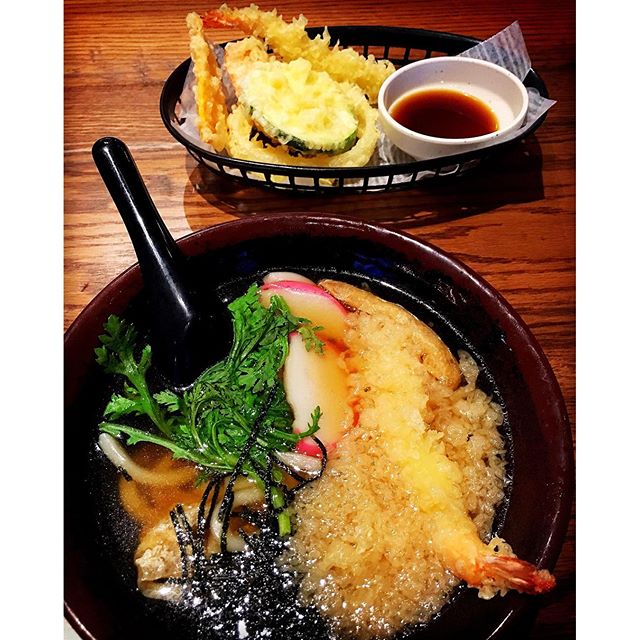 When we asked, “Thinking about restaurants where the experience is largely a sit-down restaurant where you order your meal from a waiter, which sit-down restaurant is your favorite?” a clear winner appeared: local restaurants. We would expect nothing else from a group of consumers who are seeking out unique experiences over big brand dependability. In our Q3 report trend Unique is the New Cool, we found that 79% of 13-33-year-olds say they would rather eat at a restaurant that is one of a kind, unlike other restaurants, than one that is consistent like a chain restaurant. 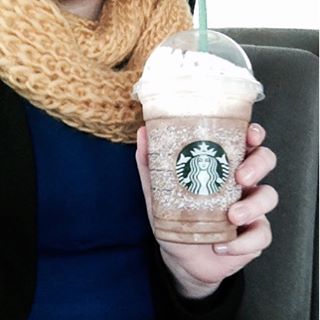 Starbucks dominated the list of Millennials and teens’ favorite coffee spots, with nearly half of Millennial respondents naming Starbuck’s as their favorite place to buy coffee drinks. The monster chain’s big advantage could be that they are everywhere, but they have also managed to appeal to Millennials’ coffee tastes most organically. They’re drinking less black coffee than previous generations, far more sweetened coffee drinks, and clamoring for iced coffee. From frappuccinos to pumpkin spice lattes, Starbucks is arguably known more for their non-black coffee items than their regular brew. They have also made significant effort to be a leader in the spaces that matter to Millennials—like social good, and, of course, mobile. 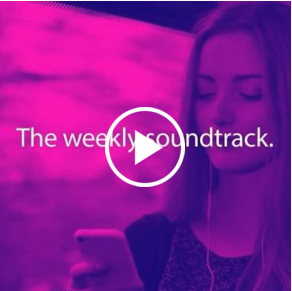 Interestingly, though Pandora leads the streaming pack in the number of users, with more than half of young consumers saying they currently have an active account on the platform, more name Spotify as their favorite: 34% choose Spotify as their favorite streaming service, compared to 29% who chose Pandora. We pointed out earlier this year that to stand out in the hyper-competitive world of streaming services, Spotify has created a non-stop cycle of marketing to provide new features and branded exclusives to young users. It looks like it could be working. 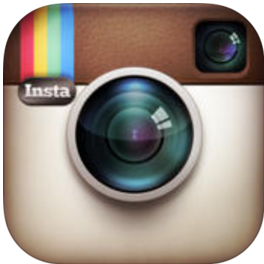 Facebook can pat itself on the back, because their purchase of Instagram has earned them a lot of young consumer’s eyes. Instagram was at the top of their top ten list, and according to our respondents, they love the app most for its ability to connect them with others, and give them a window into others’ lives. One 28-year-old female said, “I’m obsessed. I love seeing other people’s lives.” They of course also love that the app is photo-based—they are an visual communication generation after all. 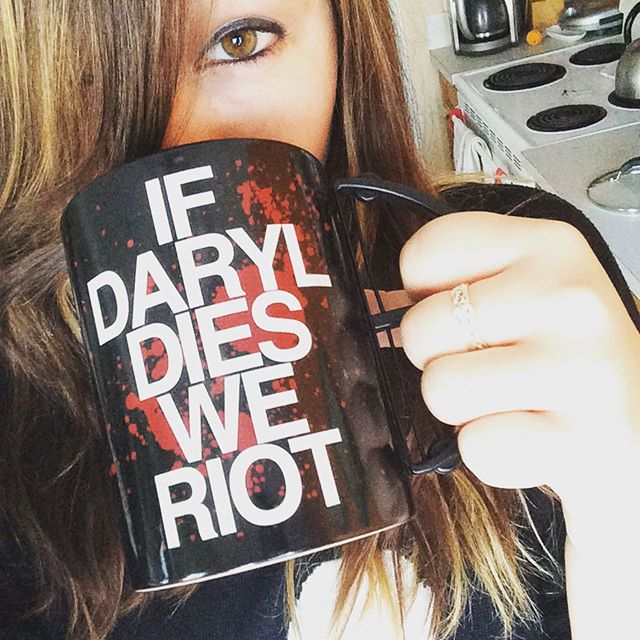 The Walking Dead dominated this overall favorites list, receiving well over twice as many mentions as second place show Game of Thrones. That HBO hit was neck-in-neck with Netflix’s Orange is the New Black, both of which were safely ahead of the rest of the competition. One striking thing about the overall top 20 list is the huge range of entertainment sources. The top three alone is a mix of an original streaming show, a big-budget premium series, and a cable drama hit. Clearly young viewers truly do not care where content is coming from. 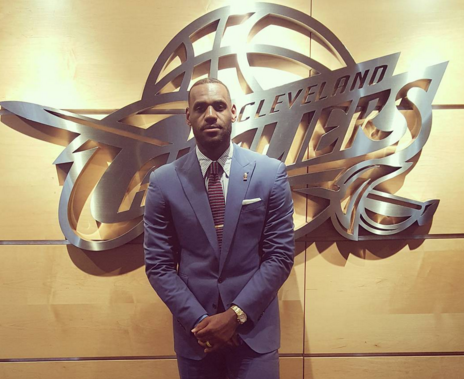 James was the clear leader on the scoreboard when we asked 13-32-year-olds to name their favorite athlete. Our Anonymous Millennial Guy commented: “His return to Cleveland has softened the harsh feelings many fans had for him over the last few years while also opening a new market of shoes and jerseys for his second stint in Cleveland. LeBron is not a necessarily endearing athlete, and at times he has been downright irritating, but he is undeniably great at what he does and has a large marketing team behind him.” 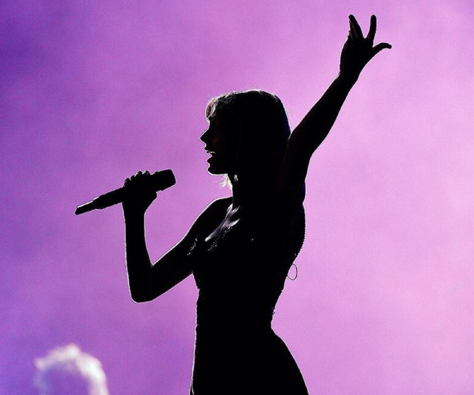 Respondents who choose Swift called her a “good role model,” “relatable,” and named both her talent and her morals as reasons they like her. One 30-year-old male (yes, a range of ages and both genders named Swift as a favorite) wrote, “She seems down to earth, she is a good musician, and overall has a nice public image. She does not have a persona that makes me resent her, but in addition to being very active in the media and social media platforms, she has good music to back up her celebrity status.” The consistent theme of liking Swift because of her positive, relatable image aligns with our forecast that Millennials and teens are looking for positive messaging and personas, but don’t want celebrities that try to appear perfect. (BTW…Swift was also their favorite musician.)

*The majority of the reported favorite brands is the result of an open-ended survey question asking 1000 13-33-year-olds their favorite in each category.