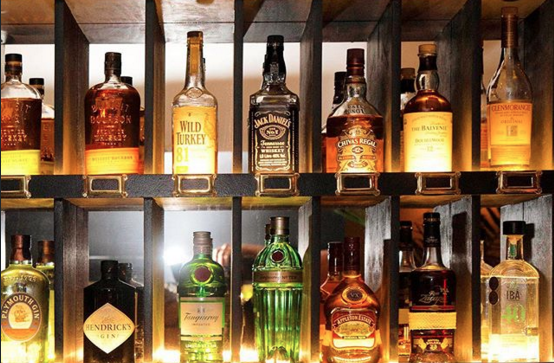 Happy Booze-giving! We asked 500 21+ Millennials to tell us their favorite alcohol beverage brand. Here’s what we learned…

As more and more Millennials have aged into their legal drinking years, they have sent the beer, wine, and spirits industries scrambling with their taste and drinking habits, which aren’t exactly following their Boomer parents’ patterns. Millennials are embracing wine, but don’t appreciate the pretense that older drinkers did, and it’s no news that Millennials’ affinity for craft beer and spirits is affecting the “Big Beer” industry. Overall, beer is struggling to win over the new generation of drinkers. Morgan Stanley Research has found the number of Millennials who say beer is their favorite alcoholic drink actually fell over 5% since 2012. In the beginning of the year, it was reported that 44% of 21-27-years-old have never tried a Budweiser. In response, we’ve seen beer brands roll out new products, flavors, and campaigns attempting to provide new exciting beverage options for these potential industry killers. While Budweiser and Big Beer’s sales have gone down, sales of bourbon and Tennessee whiskey increased by 7.4% in 2014. Jim Beam’s high-end bourbon lines were up 27%. Bourbon is reportedly becoming more popular with Millennials, potentially because of it’s sweet taste and affordable price point.

To check in on the state of their tastes, we devoted one of our recent monthly surveys to their drinking and partying preferences. We asked 500 Millennials 21-33-years-old what their favorite alcoholic drink is, and found that 37% say beer is their favorite, 14% say wine, 9% say vodka, 8% say rum, and 7% say whiskey. Of course, we did see some significant differences in taste when we looked at male Millennials versus female Millennials:

Of course, knowing the kind of alcohol they most like to drink is just one part of the equation. We also asked resondents to tell us their favorite alcoholic beverage brand* to find out what bottles they’ll likely be reaching for the most this holiday season, and what trends the industry should be aware of. Here’s are their top 20 responses:

The craft effect is clear here. Beer and wine were the top open end responses, with craft/local beers earning more mentions than any larger beer brand. After smaller breweries, Budweiser was the most mentioned brand.

Of course, these being Millennials, we didn’t receive all straightforward responses. One 30-year-old male named his own homebrew as his favorite alcohol brand, and a 26-year-old female simply said, “Whatever gets me drunk.” We hope she has a Happy Thanksgiving.

*These were open-end response questions to allow us to capture the full range of Millennials’ favorites alcoholic beverage brands. As with any qualitative question, the responses include those that are top of mind, and those that are actually most loved.