7 BIPOC Influencers Brands Should Know About

With conversations around diversity and inclusion taking center stage, these are some of the BIPOC influencers that brands should already know…

Despite the shifts in influencer marketing last year, YPulse’s influencers and celebrities report found that half of 13-39-year-olds follow online celebs on social media. But when it comes to which of those online celebs achieve mainstream notoriety, there have been some serious issues with fair representation and accreditation. Last month, NBC’s The Tonight Show Starring Jimmy Fallon and TikTok star Addison Rae faced backlash for failing to credit the Black creators (which included “Savage” dance creator Keara “Keke” Wilson), and fellow TikToker Charli D’Amelio received similar backlash last year for not initially crediting Black creator Jalaiah Harmon for her “Renegade” dance before apologizing, and eventually collaborating with her.

While algorithms often don’t treat them equally, young creators of color are very often the ones fueling, and starting, some of the biggest trends of the internet. Brands who care about representation and inclusion (and all should if they want to matter to Gen Z and Millennials) have the opportunity to give BIPOC influencers the spotlight they deserve. But brands should also know about BIPOC influencers because they have millions of followers and an enormous amount of, well, influence. 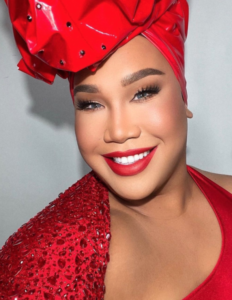 Patrick Starrr has been around for some time now—first launching his YouTube channel in 2013 where he shared beauty tutorials, reviews, and collaborations with popular YouTubers and celebrities like Kim Kardashian and Jessica Alba. He currently has 4.38M subscribers. He’s also utilized other social platforms like Instagram and TikTok, where he has 2.7 million followers and regularly participates in trends, often fueling their popularity (like #GucciModelChallenge and the #Halloween transformation challenge). Through the years, he has found new ways to evolve and keep the conversation around beauty, gender, AAPI, and LGBTQ issues going—and launched his own venture. While he’s frequently partnered with MAC Cosmetics in the past, he debuted his own beauty brand One/Size last summer, which is available online and through Sephora, and emphasized in its marketing and messaging that he wants all genders to be able to wear his makeup and that they “work for everybody, no matter who they were, or where they came from.” At the end of last year, Vogue Business reported that 88% of the One/Size customer base is “a mix of Gen Z and young Millennials, while a significant 20% are male.” According to Launchmertrics, the brand earned $10 million in MIV and drove nearly 50% of it. 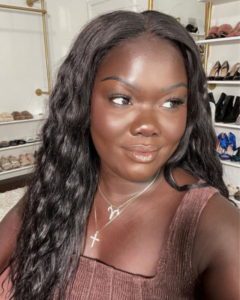 Like Patrick Starrr, Tang is a beauty-focused creator who has been around since the mid-2010s also launching her YouTube channel in 2013, which currently has 1.34 million subscribers. But it wasn’t until 2017 when she gained more online popularity and went viral for her online series The Darkest Shade, where she reviewed the darkest shades of products from different beauty brands, and spoke out about the underrepresentation of darker skin tones in the industry. She’s also active on Instagram and TikTok, where she has thousands of followers. Through the years, she’s collaborated with brands like L’Oréal, Estee Lauder, Fenty Beauty, Bobbi Brown, Pat McGrath, and teamed up with MAC Cosmetics in 2018 for a lipstick shade named after her. Recently, she partnered with Dose of Colors for a cosmetics collection—and was just announced as CVS’s first beauty inclusivity consultant. Amid last year’s Black Lives Matter protests, she continued to stay vocal about representation and inclusion in the beauty industry. When other influencers and brands posted a black square on #BlackOutTuesday last summer, she instead shared links to Black mental health resources and professionals for those who needed it. And earlier this year, she was also announced as one of the recipients of YouTube’s #YouTubeBlack Voices grant program. 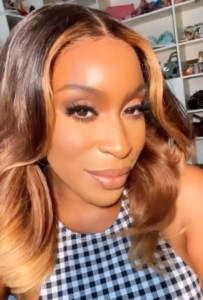 Jackie Aina
With 3.58 million subscribers on YouTube, 1.8 million followers on Instagram, and 840.9K followers on TikTok, Jackie Aina is a longtime creator who has partnered with everyone from Anastasia Beverly Hills, e.l.f Cosmetics, Too Faced, Sephora, and Sigma Beauty. Her content focuses mostly on advocating for the representation and visibility for people of color in the beauty industry—and is still actively doing so. Last summer, she posted a video on Instagram urging fashion brands like Revolve, Fashion Nova, and Pretty Little Thing to speak out on the protests. “When it comes to relevant things happening, things you can’t ignore like the Black Life Matters movement, police brutality or murders in our community, it’s crickets, and that’s unacceptable. If you are capitalizing off of a culture, you’re morally obligated to help them,” she told the New York Times. Meanwhile, in August, she launched a lifestyle brand of her own: FORVR Mood, which features “self-care” items like silk headbands, pillowcases, but mostly candles—which have “infiltrated” the beauty aisles in the last year. Last month, she was made the face for Savage x Fenty’s first-ever bridal collection ahead of the anticipated “wedding boom.” 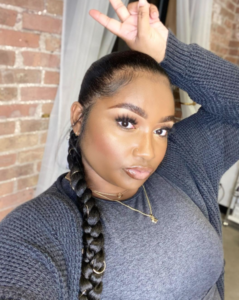 We’ve told you about other popular “skinfluencers” like Hyram Yabro who have made a name for themselves on TikTok, but with brands leaning heavily into “the skinfluencer era,” more people are calling for credit to be given to Black skincare experts and influencers who started the conversation on social media. One of those influencers is esthetician Ashley White, whose @skinclasshero Twitter account (which was launched in 2018) currently has 42.6K followers. She’s since also launched an account on Instagram, where she has 18.7K followers. Glossy reported that White “is one of the BIPOC skincare experts” that helped #SkincareTwitter become one of the most popular beauty hashtags on the platform today. According to Twitter, #skincare was the most popular beauty hashtag during the pandemic—and many BIPOC influencers have been credited to have been “especially important to the rise of beauty Twitter overall.” So far, White has worked with brands like CeraVe, Klur, Volition, and Topicals. And across her social platforms, she’s been vocal about the skin problems that her and her clients face as well as her journey as a Black esthetician in the skincare space. “I’m so honored to be amongst so many Black providers who keep me inspired. You are valuable and so dearly needed in this space. Now skin health feels like it’s for everyone,” she wrote on a recent post on Instagram. 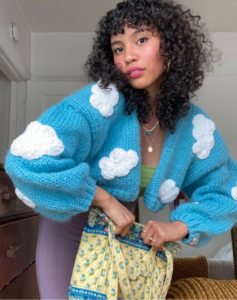 Jazmine Rogers
We told you that climate change is a top priority for young consumers, and YPulse’s recent sustainability report found that 49% of 13-39-year-olds have purchased secondhand clothing and accessories, while 34% have bought sustainably made clothing and accessories. In recent years, more lifestyle influencers have popped up on social media to raise awareness around the issue of sustainability in the fashion space—and more users have been seeking out those types of creators. Jazmine Rogers started out with 5K followers on her @thecurlytop Instagram account last year, and it has since grown to 92.2k followers. While Rogers told Refinery29 that she has been blogging about the issues of race and sustainability for years, she feels like more people are listening up now. She was initially was inspired to start talking about the issues after she joined an anti-human trafficking club in college that highlighted exploitative working conditions and minimal pay—and since then Rogers has been vocal on her blog and social media about her decision to quit fast fashion and instead choose alternative forms of sustainable living like reducing plastic usage, only using naturally-made products, thrifting, and shopping secondhand. She started the hashtags #rewearthat and #sustainablebaddie on Instagram, along with other sustainable influencers on the app, which has generated hundreds and thousands of posts. 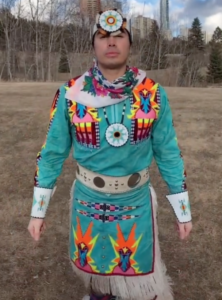 In the last year, more Native American and Indigenous creators joined TikTok to share content about their culture—and James Jones, whose @notoriouscree account has three million followers, is one of them. While he told Vogue that he initially joined the app to make comedy videos to make “funny Indigenous humor videos,” Jones noticed that his educational and cultural content focused on healing dancing was receiving more engagement for followers. One of his most-watched videos, which has more than five million views, features Jones breaking down the different styles of hula hooping. He has also done a lot of popular dance videos set to trending songs. According to Jones, “The Indigenous community is amazing on the app. There are over 500 different tribes through[out] North America with different languages, different perspectives, and beliefs. It’s awesome to connect with other tribes and collaborate.” Indigenous influencer Michelle Chubb (a.k.a @indigenous_baddie) has amassed 385.8K followers, and has also grabbed a lot of attention on the app in the last year for her content, which ranges from an explainer on moccasins to jingle dancing. 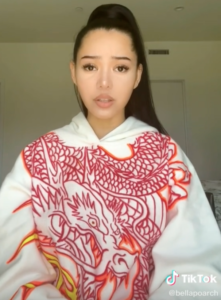 Currently, Bella Poarch is the third-most followed creator on TikTok after Charli D’Amelio and Addison Rae, with 67.8 million followers. We told you how her “M to the B” lip-syncing video was the most viewed one on the app in 2020, but she has recently ventured into actual singing. After signing a deal with Warner Records, Poarch debuted her song “Build a B*tch” as well as its accompanying music video, which was produced and creatively directed by music group Sub Urban, who has worked with marketing company Songfluencer. So far, the music video has 55 million views. According to Poarch, the Black Mirror-esque, dystopian theme harbors a much deeper meaning—and she revealed on a podcast that the lyrics were inspired by the childhood bullying she experienced growing up. In April, TikTok named the Filipino American influencer one of this year’s API TikTok Trailblazers along with other notable Asian American creators like @YourKoreanDad and @tiffycooks. Her “Build a B*tch” music video features other popular Asian American influencers like Valkyrae, Bretman Rock, and she previously used her platform to speak out in support of the #StopAsianHate movement and against the recent rise in anti-Asian racism. In the video, which has received 29.3 million views, she told viewers: “Please take this seriously. Pay attention, and check-in on your Asian friends.”—and included resources to organizations to support the AAPI community.

North America
#LubePrimer Is Trending on The Viral List
Weird makeup tricks are circulating TikTok, a viral pug named Noodle can predict if you...
North America
How BIPOC Young Consumers Are Driving the Skincare Trend, In 4 Stats
YPulse’s recent personal care and beauty shopping research shows that young BIPOC consu...
North America
Gen Z & Millennials Trust YouTubers More Than Anyone Else
When it comes to the public figures that Gen Z and Millennials trust, one groups beats ...