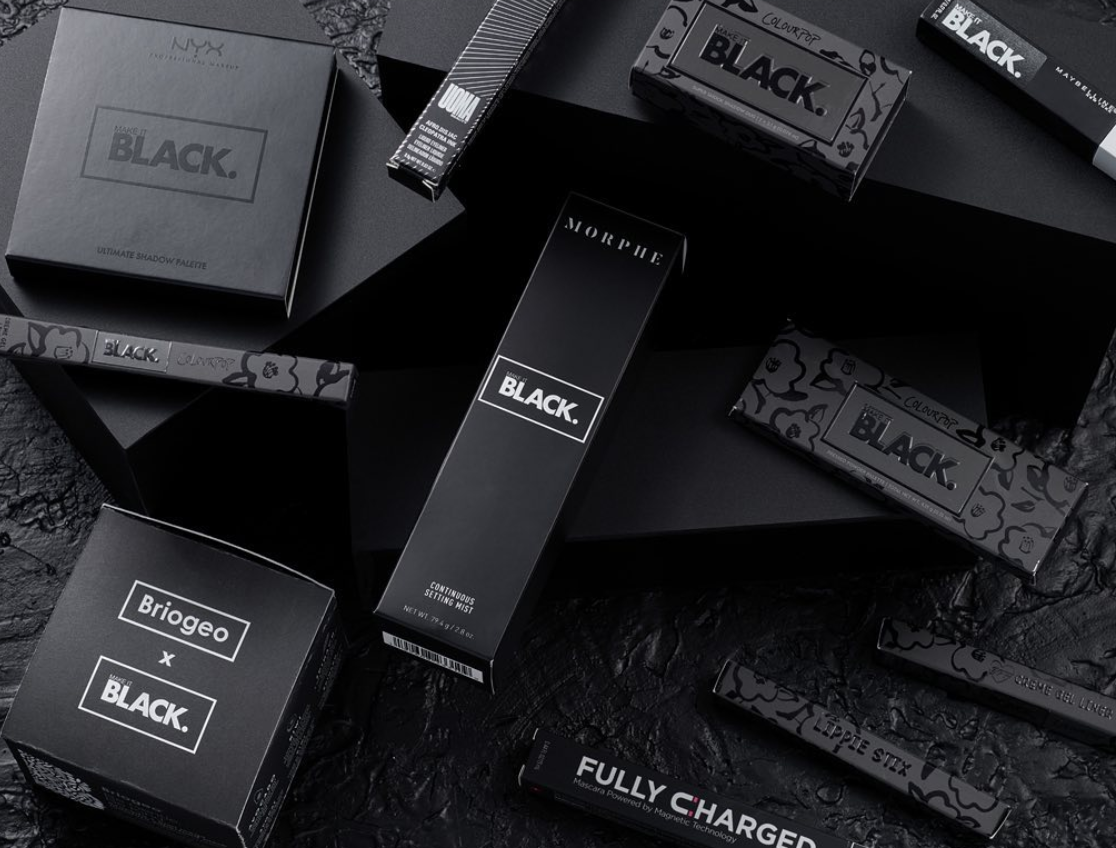 Following last year’s Black Lives Matter protests, many brands faced a reckoning and were forced to take a look at themselves and how they conduct business. YPulse found that racism and discrimination is the top problem Gen Z and Millennials feel their generation is facing today—and our Not Waiting For The World to Change report found that Black Lives Matter is one of the top causes young consumers feel like brands should get involved with.

Immediately following the protests, many brands shared social statements, donated to causes, and made promises to ramp up their support for racial justice. However, according to Tribal Dynamics, fashion brands mostly stopped talking about racial injustice for the rest of the year, and it’s only because of Black History Month that some brands have returned to talking about race. Based on the top 50 fashion brands, #BlackLivesMatter had earned media value of more than $3 million in June, but it dropped to $380K by July to $77K by October and even lower to $21K in December, while #BLM followed a similar pattern.

We’ve warned before about insensitive marketing during Black History Month, and have advised brands to embrace diversity all year round, not just for one month—and we’ve also talked about how if brands promise to make ongoing efforts, it must be authentic. But not all brands have gone silent on Black Lives Matters, and some have kept up their commitment to ongoing racial justice efforts. For brands who want to appeal to young consumers, holding up promises and continuing to make equality a priority is essential. Here are some of the companies who have: 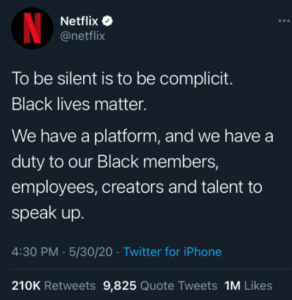 Following the protests, Netflix made a pledge of up to $100 million toward “economic opportunity for Black communities.” According to the streaming service, the first $35 million would go toward two areas: $25 million will be used to establish the “Black Economic Development Initiative,” which will invest in Black financial institutions and aid Black community development corporations, while the other $10 million will be given to Hope Credit Union to help give economic opportunities to “underprivileged communities” in the Deep South. “This capital will fuel social mobility and opportunity in the low and moderate-income communities these groups serve,” Netflix’s director of talent acquisition and treasury director, Aaron Mitchell and Shannon Alwyn, said on their blog. “We plan to redirect even more of our cash to Black-led and focused institutions as we grow, and we hope others will do the same.” Recently, Netflix has taken steps to producing more content bringing Black talent behind and in front of the screens: Netflix is collaborating with Doc McStuffins creator and producer Chris Nee to turn Ibrahim X. Kendi’s best selling books into movies and series, including his 2020 children’s book Antiracist Baby. The new series will feature “animated musical vignettes” for preschoolers inspired by the board book’s nine steps to becoming antiracist which include “use your words to talk about race” and “celebrate all our differences.” The other projects will include a “hybrid documentary/scripted feature” Stamped from the Beginning as well as a companion documentary Stamped: Racism, Antiracism and You aimed at young viewers. Last month, the streamer also released their first inclusion report, which revealed how much people of color they have employed at their company—and the steps they’re taking to become even more inclusive. 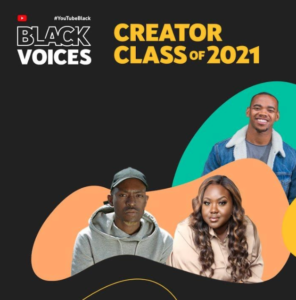 In June, YouTube unveiled a broader effort to “maximize diversity and representation” and support Black creators with their $100 million, multi-year project #YouTubeBlack Voices  program. They officially announced the first recipients for their #YouTubeBlack Voice Class of 2021 last month, which includes 132 creators and artists from countries like the U.S., the U.K., Kenya, Brazil, Australia, South Africa, and Nigeria. As part of the program, YouTube will support and fund the participants as they grow their channels. And over the next few years, YouTube says they plan to help more than 500 creators around the world. Meanwhile, Netflix and YouTube aren’t the only major companies with $100 million initiatives: Apple launched a $100 million Racial Equity and Justice Initiative as well as a promise to increase its spending and representation of its Black-owned partners. 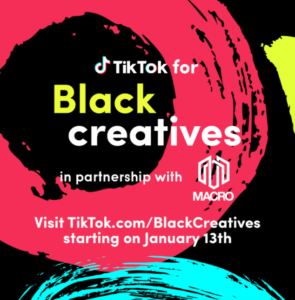 TikTok isn’t new to criticism from its users when it comes to not being inclusive enough. Following the protests in June, TikTok promptly announced a range of initiatives the were beginning to take steps towards supporting diversity, including a new creator diversity council and a donation of $3 million toward non-profit organizations that help the Black community. They also ran several campaigns in support of Black artists and creators including a special focus on Blackout Tuesday and its own #ShopBlack campaign to boost Black-owned brands and businesses on the platform. Then, in November, they launched a new “online hub” to provide Black business owners with support and educational resources. Meanwhile, the app launched a new “TikTok for Black Creatives” program to nurture and develop 100 Black creators and music artists to help advance their careers. “Black creators on TikTok have been a driving force for our community, from starting trends to fostering connection to introducing new ways to entertain and inspire others, and we’re committed to continuing to elevate and amplify their voices,” said the company in a statement. 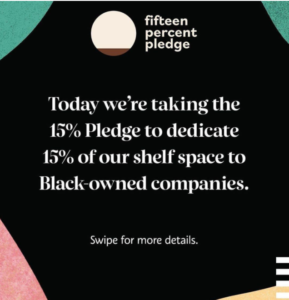 Over the summer, Sephora announced that it would be pledging with fashion designer Aurora James’ 15 Percent Pledge initiative (and was the first major retailer to do so) to dedicate 15% of their shelf space to Black-owned brands—and hope to bring that to 16% by the end of the year. “We were inspired to make the 15% Pledge because we believe it’s the right thing to do, for our clients, our industry and for our community,” said Sephora EVP and Chief Merchandising Officer Artemis Patrick. “Ultimately, this commitment is about more than the prestige products on our shelves, it starts with a long-term plan diversifying our supply chain and building a system that creates a better platform for black-owned brands to grow, while ensuring black voices help shape our industry.” Last month, they also announced that they would be implementing more “sweeping changes” in its merchandising, marketing, and employee training practices. The announcement is the “culmination” of customer, employee surveys, interviews, and research that they’ve begun undergoing since 2019, but “took on new urgency” following the protests. (Previously, the retailer received backlash from Black shoppers and celebrities like SZA and Leslie Jones who have spoken out about “unfair treatment” from store employees.) According to a report, 24% of Black Americans say they had been treated unfairly in a store within a 30-day period than at work, restaurants, bars, health-care settings or in police interactions, according to a Gallup poll conducted last summer. Because of this, Sephora unveiled that they would be enacting new customer-greeting protocols to ensure shoppers are treated equally—and will be reducing the presence of third-party security guards and police officers across 500 of its locations in the U.S. 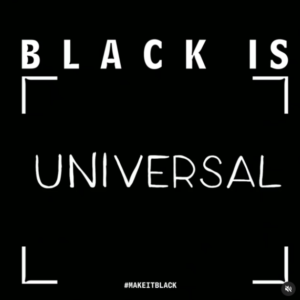 Sephora isn’t the only major beauty retailer taking steps toward inclusivity. Earlier this month, Ulta Beauty announced a “four-pronged approach” to fighting back against racial injustice in their stores. They plan to “double” the number of Black-owned brands in their merchandising assortment, amplify Black voices in the media through their new Muse platform, and create in-better experiences for customers and offer more career advance opportunities for employees. Ulta is pledging more than $25 million to this diversity and inclusion initiative—with $20 million allocated to television and digital investments and $4 million toward its Black-owned brands through marketing support. The retailer has even tapped blackish star Tracee Ellis Ross as their new Diversity and Inclusion Advisor to help build their initiative and be present at executive Diversity & Inclusion (D&I) council quarterly meetings. Meanwhile, in honor of Black History Month, they also teamed up with Shanon Cutler (founder of) for her new #MakeItBlack campaign to “redefine what it means to be Black.” Beauty brands Biogeo, Colourpop, Dragun Beauty, Flower Beauty, Maybelline, Morphe, NYX Professional Makeup, Pur, and Chuter’s Uoma Beauty will repackage their most popular products in black and sell them exclusively through Ulta as well as their own sites and a special “Make it Black” site. The gross profits from sales will go toward the Pull Up for Change Impact Fund, which provides money to Black-owned businesses and emerging Black founders. People also have the option to donate directly to the fund in lieu of purchases. 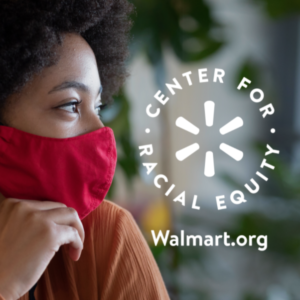 Walmart first made their pledge back in June, which includes boosting diversity and contributing $100 million over five years to fight systemic racism in the U.S. This month, they gave an update on the effort with its first $14.2 million going toward 16 nonprofit organizations. The grants will go to groups tackling racial inequities in various ways like educating communities of color about the COVID-19 vaccines, reducing debt for students at historically Black colleges and universities, and providing internet access and tech to kids who are remote learning. Meanwhile, Walmart’s CEO Doug McMillion acknowledged how the company “would do better within its four walls” by recruiting and supporting diverse talent–and longtime employee Kirstie Sims has been chosen to lead the company’s Center for Racial Equity, which will focus on inequities in the four areas of finance, health care, education, and criminal justice.