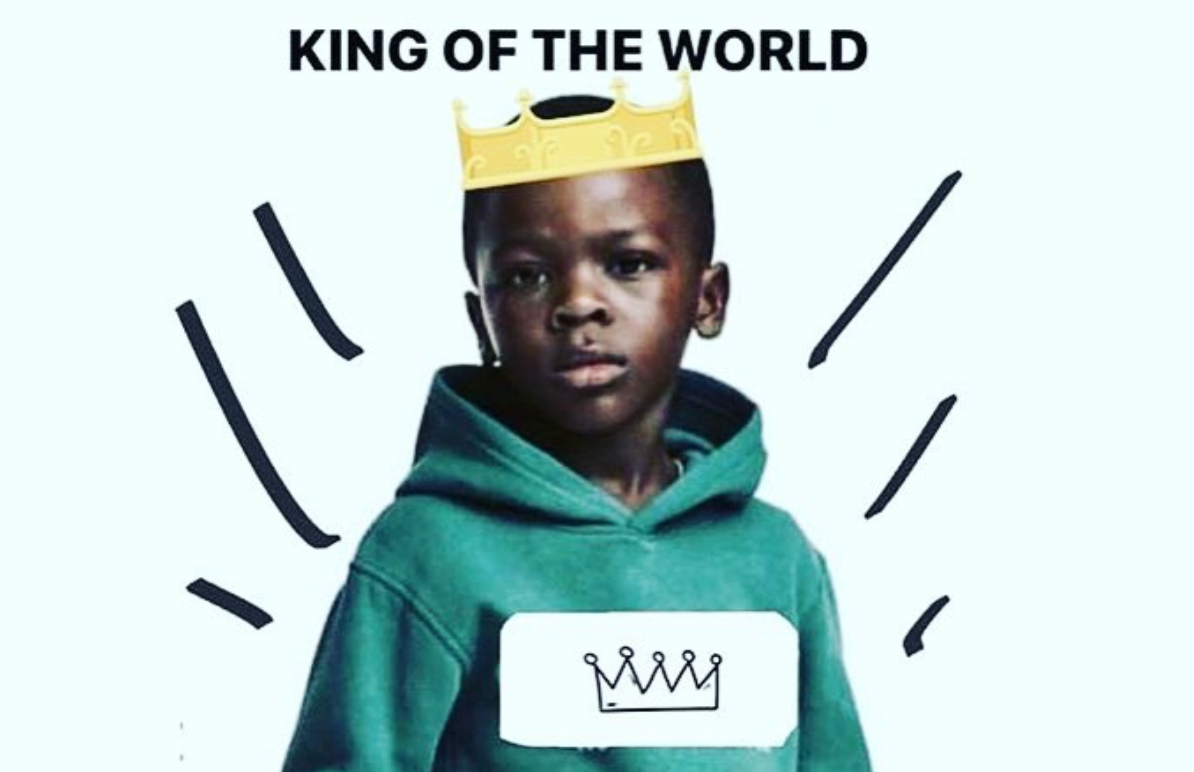 Brands were banned, stock plummeted, and companies learned hard lessons in 2018 with H&M, Hulu, Dolce & Gabbana, and more landing on our list of the most viral scandals of the year… 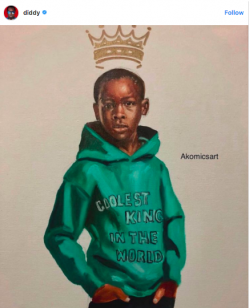 H&M kicked off the year with backlash when an image of a black child modeling a sweatshirt with the phrase “Coolest Monkey in the Jungle” on their U.K. site went viral. Called out as “casual racism” and “negligent,” the image was taken down by the brand, and an apology was issued “to anyone this may have offended.” But the damage was done: artists The Weeknd and G-Eazy ended their collaborations with the brand, and Diddy spoke out, along with celebrities Questlove and LeBron James, who posted an illustration of the boy with a sweatshirt reading “coolest king in the world” and reportedly offered him a $1 million modeling contract. The boy’s mother, however, stated it is an “unnecessary issue.” 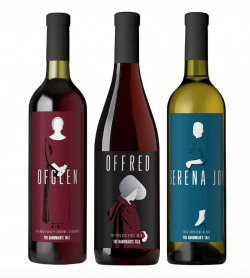 Hulu and Lot18’s attempt to team up for Handmaid’s Tale-themed wine this year quickly turned sour. Lot18, the makers behind the wine, pulled the product page within hours and canceled the line of three character-based wines, but not before screenshots immortalized the copy. One description read: “Offred must rely on the one weapon she has left to stay in control—her feminine wiles.” Backlash was swift, and that wasn’t the only time a company’s attempt to capitalize on the show failed in 2018. Yandy’s “Brave Red Maiden” costume bared a lot of leg for being inspired by a show about “An upsetting dystopian future…where women no longer have a say,” quotes Jezebel from the costume description. And, just like the viral vino, the costume was taken off the site within hours (but the screenshots are forever).

Dolce & Gabbana was rocked by drama on two fronts in their attempt to target wealthy Chinese Millennials. First, their runway show in Shanghai came to a screeching halt after the Instagram account @dietprada posted a screenshot of CEO, Stefano Gabbana’s, racist direct message conversations. Models started refusing to walk at DG’s The Great Show, and eventually the entire show was cancelled. As if that wasn’t enough controversy for one company, a stereotype-filled commercial that showed a Chinese women eating Italian food with chopsticks compounded the problem. Vox reports that #BoycottDolce trended on the popular Chinese social media platform, Weibo. But that wasn’t the only time this year that D&G angered the internet. The same CEO, Stefano Gabbana, went under fire for calling singer Selena Gomez “ugly” on Instagram in a comment on a post from @catwalkitalia. Gomez’s fans (which there are A LOT of) and many others quickly came to the singer’s defense, making declarations to boycott the designer’s brand. 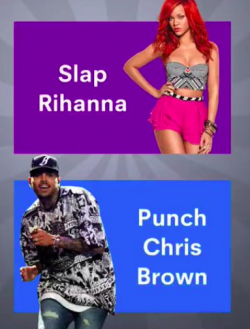 4. Snapchat Ad Caused Stock Tumble (And It Wasn’t The Only One This Year)

A screenshot of an ad on the platform went viral for making light of the 2009 assault of Rihanna by her then-boyfriend Chris Brown. The ad, screenshotted and posted on Twitter, was created for a “Would You Rather!” game and asked viewers if they would rather slap Rihanna or punch Chris Brown. Snapchat apologized, taking down the ad and explaining “it was approved in error,” but the victim in the ad had more to say. In an Instagram Story, Rihanna stated “I’d love to call it ignorance, but I know you ain’t that dumb! You spent money to animate something that would intentionally bring shame to [domestic violence] victims and made a joke of it!!!” Others echoed the statement, with many going to Twitter and announcing they would be ditching the app, causing Snapchat stock to decrease by 5% in one day. And that wasn’t the only time this year stock plummeted. Remember Snapchat’s controversial redesign that CEO Evan Spiegel refused to give up on? 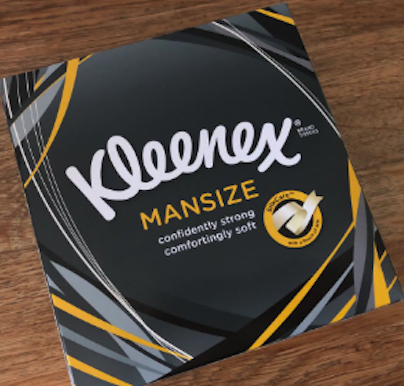 5. Kleenex Learned That Inclusive Marketing Is Nothing To Sneeze At

Kleenex got major blow back for their unnecessarily gendered “Mansize” tissues. Inc. reports that @LisaMHancox tweeted that her four-year-old son asked, “Can girls, boys & mummies use them?” and concluded that “It is 2018.” The tweet put the brand on blast, and Kleenex was forced to wipe up their mistake. The founder told the Daily Telegraph that they don’t “believe that the ‘Mansize’ branding suggests or endorses gender inequality” but they decided to rebrand anyways because they “take any feedback extremely seriously.” And that feedback has been virtually unanimous; as Jezebel explains, “Lady small. Man big. Ladies: small hands, small noses. Men: big hands, big noses.” is total “caveman logic.” In fact, 77% of 13-35-year-olds told Ypulse that unless the product has to be gender specific, marketing should not be gender specific. In 2018, several brands learned the hard way that embracing the gender blur is integral to getting in the Genreless Generation’s good graces. It wasn’t the only gendered marketing misstep of the year: rumors of “Lady Doritos” (started by an interview with the CEO of PepsiCo) also landed the brand in hot water online.

Fans of nail artist Eun Kyung Park banded together to take down a set of Sally Hansen nail appliques—and succeeded. Known on social media as Unistella, Park is credited for creating the nail trends that seem to have inspired Sally Hansen’s K-Design collection (a side by side comparison can be seen in the images to the left). According to Park, the nail polish brand approached her last year to propose a collection, but then, “Instead, decisions were simply made without my involvement. I found out after the fact that #glassnail #wirenail designs were being sold without my knowledge.” Supporters, including other influencers like Aimee Song and Irene Kim, spoke out on Park’s behalf and even called on Target to stop carrying the designs. Sally Hansen defended themselves, stating that “Eun Kyung was certainly an inspiration,” but that “she was not the only, nor the first, source of excitement around these trends”—but it didn’t stop the brand from going viral for all the wrong reasons.

In-N-Out went viral when they donated $25,000 to the GOP. The California cult classic fast food chain has always harbored a strong connection to the right (LA Magazine notes that this wasn’t their first donation) but when journalist Gabe Schneider posted a public filing, the internet finally set down their double-doubles and took notice. The Chair of the California Democratic party tweeted out “Et tu In-N-Out? Tens of thousands of dollars donated to the California Republican Party…it’s time to #BoycottInNOut…” The hashtag gained traction, thanks to the 70% of Millennials that told us brands should not affiliate with political parties or contribute money to their causes. However, our Causes to Crises trend suggests that the burger chain’s fervent fandom won’t end their patronage over the controversy. Case in point: Chick-Fil-A, which is still a favorite among Millennials & Gen Z.