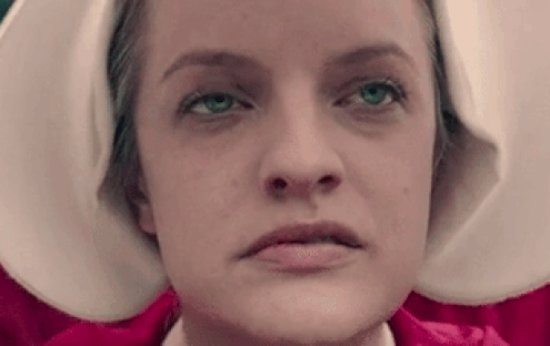 A sexy Handmaid’s Tale costume proves this show was not meant to be capitalized on, the Emmy’s had record low ratings but plenty of memes, fans are shipping Sesame Street’s Bert & Ernie, and more stories going viral this week… 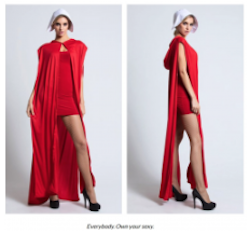 1. “Sexy” Handmaid’s Tale Costume Is Not Happening This Halloween

Do you remember the Handmaid’s Tale wine that may have had flavor, but definitely didn’t have any taste? Well, believe it or not, Yandy one-upped them with a “Brave Red Maiden” costume that bares a lot of leg for being inspired by a show about “An upsetting dystopian future…where women no longer have a say.” By the way, that quote is from the costume description, according to Jezebel. Just like the viral vino, the costume was taken off the site within hours. Unfortunately for Yandy, screenshots are forever, and Teen Vogue reports that Twitter’s field day has continued with @JessicaValenti tweeting, “I’m dressing up as existential despair this Halloween” while at @nuggetbritt depaired, “If you looked up ‘Offensive Antithesis’, the definition would be this ‘Sexy’ Handmaids Tale costume.” 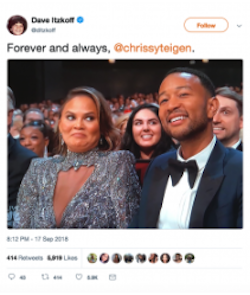 2. No One Watched the Emmys—At Least Not On Live TV

This year’s Emmy’s proved again that the live broadcast of awards is not as interesting to young viewers as the meme-able moments spread online after. Deadline reports that the Emmy Awards set a record low rating among 18-49-year-olds of 2.4, pulling in about 10 million viewers. Believe it or not, the dip isn’t as drastic as those suffered by the Oscars and Grammys, signaling that live TV is due for some major change. But plenty of clips from the show went viral after the fact. People are captioning a relatable image of Chrissy Teigen, while Atlanta fans applaud the fact that a character from the show, Teddy Perkins, was inexplicably in the audience. A proposal was pulled off during the show and is giving the internet all the feels, while Netflix’s tweet boasting about a show that they cancelled was soundly shamed. Finally, BuzzFeed reports that diversity was a hot topic once again, after only three entertainers of color won awards. 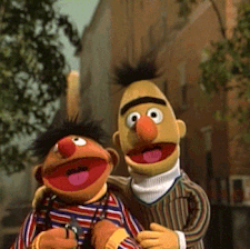 Fans thought they had the answer to their decades-old question when the show’s writer, Mark Saltzman, told Queerty, “I don’t think I’d know how else to write them, but as a loving couple.” He explained that the beloved Muppets were inspired by himself and his own partner, and the internet loved it. However, Sesame was quick to object with a tweet clarifying that “Bert and Ernie are best friends,” and that “Even though they are identified as male characters and possess many human traits and characteristics (as most Sesame Street Muppets™ do), they remain puppets, and do not have a sexual orientation.” The show’s producers, Bert’s voice actor, and Saltzman himself have echoed Sesame’s statements. But the fact remains that Bert & Ernie have been icons for the queer community for decades, and this controversy won’t change that. 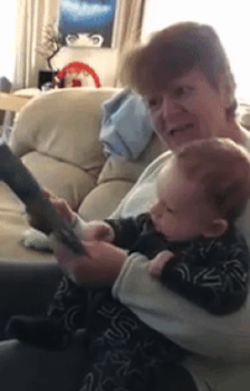 4. A Children’s Book’s Sales Are Soaring Thanks To This Viral Video

A grandma’s reading of children’s book The Wonky Donkey has become so popular that the book’s sales are skyrocketing. After The Scottish Granny posted the video to her own Facebook and YouTube, LADbible picked it up and posted the clip to Facebook, where it has since been seen 7.1 million times. The viral fame boosted the 2009 book to be #1 on Barnes & Noble’s bestsellers list, and number two on Amazon’s as of last week, and inspiring publishers to reprint it in the U.S. to keep up with demand. Today talked to the famed grandma herself, who said, “I’m totally amazed…I can’t believe how many people have now laughed along with me.” In other kids’ content news, The Things reports that a video of a tiny chef is racking up massive views. “Roman’s Cooking Corner” was first posted to ViralHog, but has since spread, and just one of the reposts of the video on Facebook boasts over 41 million views. 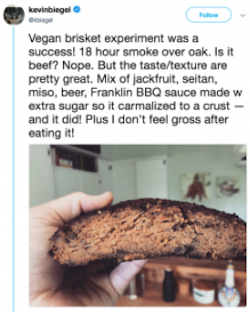 “Barbecue Twitter” is up in arms over vegan brisket, Cardi B has been called out for her non-apology, Millie Bobby Brown is defending her friendship with Drake, and one moment in the Captain Marvel trailer has fans freaking out.