A 10-year-old yodeled his way into internet fame, a meme catapulted a 41-year-old song back on to the Billboard charts, students are protesting clear backpacks, and more stories trending this week…

A 10-year-old yodeled his way into the hearts of many this week, inspiring countless remixes and capturing the attention of high-profile DJs. Mason Ramsey, an aspiring country singer, was brought into the limelight when a video of him yodeling “Lovesick Blues” for customers at his local Walmart was posted to Twitter. The original tweet has been liked over 180,000 times and has been retweeted over 50,000 times, becoming a meme and prompting many to declare their newfound appreciation for yodeling. It has also inspired myriad remixes—one of which currently has over 400,000 likes—and has prompted DJs like The Chainsmokers, Steve Aoki, and Marshmello to chime in. Then there’s also the imitators who are getting their “Lovesick Blues” on at their local Walmarts. 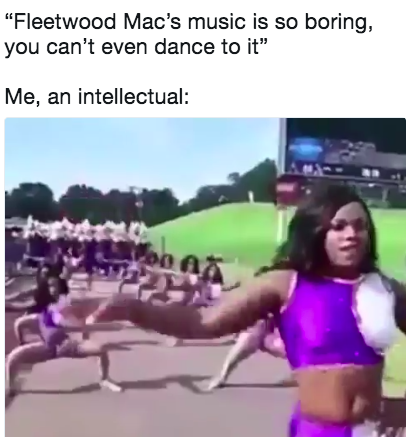 Meme Catapults 1977 Song Back on The Billboard Charts

A 41-year-old Fleetwood Mac song is back on a Top 100 Billboard Chart all thanks to a meme and a Mississippi college dance team. The meme, originally tweeted by @bottledfleet, features 1977’s “Dreams” with the caption “’Fleetwood Mac’s music is so boring, you can’t even dance to it’ Me, an intellectual:” and then presents a video from dance team, The Golden Girls, that perfectly pairs with the song. It has generated over 140,000 retweets, catapulting the song to No. 14 on Billboard’s Top 100 Hot Rock Songs chart. According to Billboard, the song was also purchased and downloaded around 2,000 times for the week of March 23rd and generated over 1.9 million on-demand streams. As Mashable notes, this isn’t the first time an occurrence like this has happened: a featuring of the 2000 song “For the Damaged Coda” in an episode of the beloved Rick and Morty series also propelled the song back on the Hot Rock Songs chart. 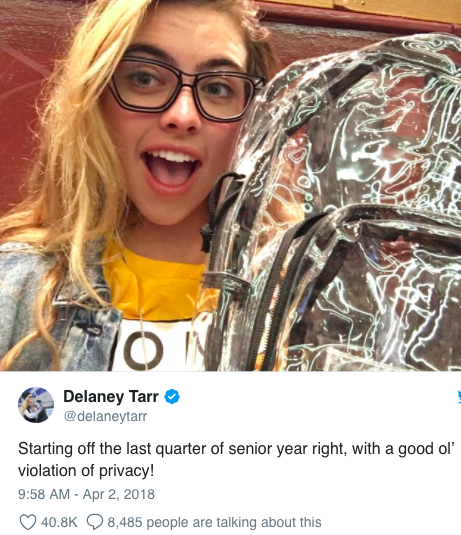 The students of Marjory Stoneman Douglas are continuing to propel the #NeverAgain movement with a protest of their mandatory clear backpacks. In response to the February 14th Parkland shooting, new security measures are being implemented at the high school where the tragedy occurred, including requiring students to carry clear backpacks. The students have since taken to Twitter to protest the effectiveness of the measure and violation of privacy, with some prompting retweets and likes in the tens of thousands. One tweet with over 40,000 likes is captioned “My new backpack is almost as transparent as the NRA’s agenda…As much as I appreciate the effort we as a country need to focus on the real issue instead of turning our schools into prisons.” Our recent activism survey revealed that close to nine in ten 13-17-year-olds believe they can make a difference by getting involved in social good.

Fans of nail artist Eun Kyung Park are banding together to take down Sally Hansen’s new set of nail appliques—and succeeding. Known on social media as Unistella, Park is credited for creating the nail trends that seems to have inspired Sally Hansen’s new K-Design collection (a side by side comparison can be seen in the images to the left). According to Park, the nail polish brand approached her last year to propose a collection, but then, “Instead, decisions were simply made without my involvement. I found out after the fact that #glassnail #wirenail designs were being sold without my knowledge.” Supporters, that include Influencers like Aimee Song and Irene Kim, have since spoken out on Park’s behalf and even called out Target to stop carrying the designs—which it looks like they have. Sally Hansen has since defended themselves stating that “Eun Kyung was certainly an inspiration,” but adds “she was not the only, nor the first, source of excitement around these trends.”

A teen transforms thrift store find into a prom dress and is racking up the likes, a popular quote is now a meme that is flooding feeds, the internet is mezmerized by these shiny metal balls made of aluminmum foil, Bud Light responds to the Masters’ alleged ban of their viral Dilly Dilly meme, and just as the Tide Pod frenzy is dying down, a new disturbing challenge is apparently trending with teens.