Gerber makes history announcing a boy with down syndrome as 2018’s Gerber Baby, Doritos’ “lady-friendly” chips backfires, selfie kid wins the 2018 Super Bowl, and more stories to keep you up to date on what’s going viral… 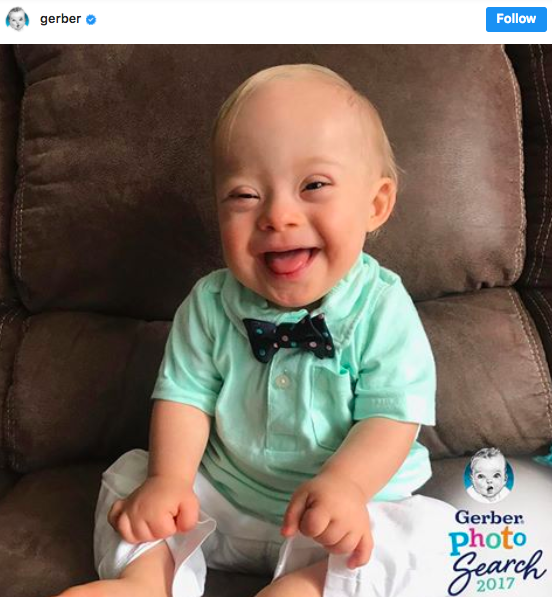 This Wednesday, Gerber made history, announcing an 18-month-old boy with down syndrome as its 2018 Spokesbaby. Lucas Warren of Dalton, Georgia was chosen out of more than 140,000 babies in the company’s eighth annual Gerber Baby Photo Search for his “winning smile and joyful expression.” Along with winning $50,000, Warren will “take a front seat” on the brand’s social media channels throughout the year—and based on the internet’s response, many will be happy to see him there. According to his parents, they hope the brand’s choice “will impact everyone, that it will shed a little bit of light on the special needs community, and help more individuals with special needs be accepted.” Inclusive marketing has been desired by Millennials for quite some time now, and it’s especially important to young parents who want to see diversity reflected back to their own children.

Doritos wants to make chips for women—and the Genreless Generation is not having it. In a recent episode of Freakonomics Radio, C.E.O of PepsiCo Indra Nooyi divulged the details behind their plans to create chips more suited for women, based on their findings that “a lot of the young guys eat the chips…and they lick their fingers with great glee…Women would love to do the same, but they don’t. They don’t like to crunch too loudly in public. And they don’t lick their fingers generously.” “Lady Doritos” started to trend on social media soon after, with many women sarcastically pointing out that instead of equal pay or an end to sex discrimination, they are getting their own chips. Doritos has since called the reports “inaccurate,” and added: “We already have Doritos for women — they’re called Doritos.”

There were a lot of memorable moments that won this year’s Super Bowl, but the winner of most viral moment has to go to “Selfie Kid.” Ryan McKenna from Massachusetts and his less than dependable smartphone instantly became a meme when McKenna was approached by Justin Timberlake during the game’s halftime show. Seeming more interested in his phone than the iconic singer standing right next to him, McKenna became the subject of mass internet speculation, with the most popular theory being that he was busy googling “Who is Justin Timberlake?” However, McKenna—who claims to be a big JT fan—explained that he was struggling to turn his phone back on to capture the moment. And what a moment it was, according to McKenna: “My phone was going crazy. I’ve gone from 400 followers to almost 20,000 now on Instagram.” 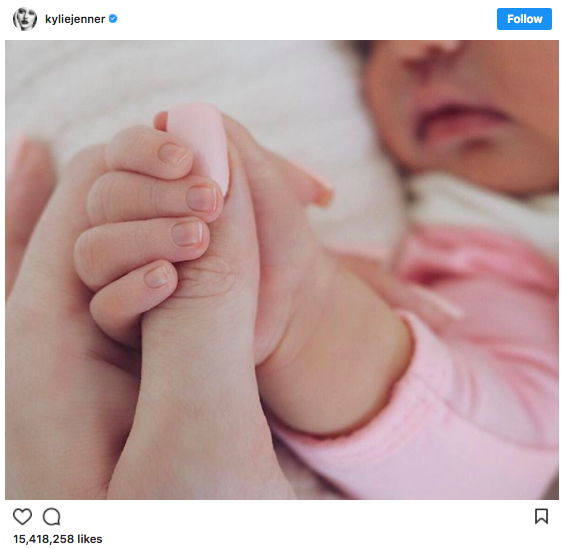 After months of speculation, Kylie Jenner finally confirmed her pregnancy and arguably broke the internet. It was on Super Bowl night that Jenner released an Instagram announcing the birth of her daughter, with many stating that she “stole the Super Bowl and Justin Timberlake’s thunder.” A YouTube video that followed soon after, entitled To Our Daughter, shows clips throughout the pregnancy, finally letting fans in, and generating over 45 million views. But it was the first Instagram of her new daughter Stormi that broke Instagram records, gaining over 15 million likes and dethroning Beyoncé’s pregnancy announcement as the most-liked Instagram post of all time.

A video of kids getting excited to see Black Panther is going viral,  soap-cutting is the new trend when it comes to strangely soothing videos, and the internet is freaking out because THE SPICE GIRLS ARE REUNITING.