Diversity In the Toy Aisle: Brands Responding to Demands for Inclusivity 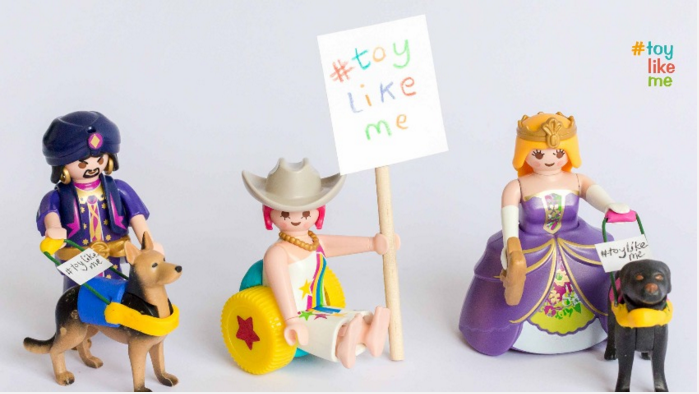 Parents and kids are demanding toys that are more inclusive, and brands are beginning to respond, kick starting an era of a more diverse toy aisle. 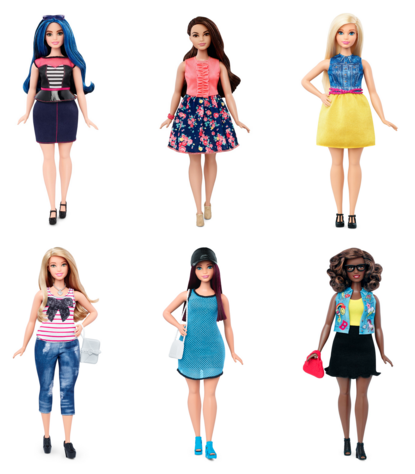 Barbie will never be the same—and people are very happy about that. In case you missed it, last week Mattel unveiled “the biggest change in Barbie’s 57-year history” announcing three new models: petite, curvy, and tall. Time  reports, ”The company hopes that the new dolls, with their diverse body types, along with the new skin tones and hair textures introduced last year, will more closely reflect their young owners’ world.” Barbie’s new bodies are a clear (if potentially late) response to massive criticism of the doll’s proportions, which many believe are harmful to girls’ views of women’s bodies. But it’s also another step towards making Barbie a more diverse and inclusive brand. Way back in 2014, we wrote that Barbie was facing a major backlash from consumers, and predicted, “While Barbie certainly isn’t going anywhere, she is likely going to be a tougher sell to Millennial parents…there is clearly an interest in showing body diversity in toys.” Since then, Mattel has seen their blonde icon’s sales and popularity continue to falter, and creating more inclusive versions of Barbie could give her a needed boost—because we are clearly at the start of an era of inclusivity in the toy aisle. 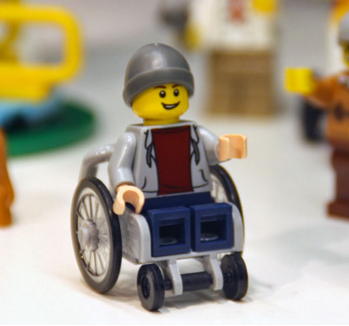 Body diversity in toys isn’t just about curves—parents and kids are also actively campaigning for other kinds of inclusive playthings. The #ToyLikeMe movement wants a more diverse toy industry that can represent all children—specifically those with disabilities. The group started as a viral social media campaign to create awareness around the lack of disabled representation in the toy industry. Parents began to DIY their own disabled toys, and asked big brands to follow suite. Makie, a small 3D printing doll maker, was one of the first to respond, creating Toy Like Me dolls with inclusive details like facial birthmarks, hearing aids, and a toy wheelchair. #ToyLikeMe is now crowd-funding to build a website that acts as resource, “celebrates disability in toys,” and works to get the global toy market to change. They’re continuing to ask big brands to expand their offerings, and earned support from Playmobil, which is now creating a line of characters that “positively represent disability.” Last week, Lego showed off their first ever figurine in a wheelchair at the International Toy Fair, which will be available starting this June. If the positive response is any indication, we would not be surprised to see more inclusive figurines created in the future.

Of course, gender inclusivity is another area of debate that we’ve seen emerge. Recently, Hasbro experienced a backlash when consumers could not find Rey, a strong-willed female warrior protagonist of Star Wars: The Force Awakens, in their stores. Some reported that toy industries did not prepare for the demand for Rey. Frustrated fans tweeted #WheresRey to criticize the lack of Rey products. Hasbro quickly announced plans to release more Rey action figures and Target is ramping up Rey products to keep up with requests. Some said that the industry was just not prepared for the demand, but an insider had a different story anonymously telling a blog, that Rey toys were nixed because they were told, “’No boy wants to be given a product with a female character on it.’” Clearly, that notion is an antiquated one, and today’s families are looking for female toys to be included in the action.

We’ve written before that we’re entering a new era of inclusive marketing: it’s not just about skin color anymore; it’s also about gender, sexuality, size, disabilities, and more. It’s hard to pinpoint exactly where this started, but it is no secret that Millennials are sensitive about inclusivity—you can blame their team-oriented upbringings and highly attuned political correctness meters if you’d like. Clearly their demands for inclusivity extend beyond marketing. They want diverse representation from the TV to the toy box, and the next generation is being raised to expect it.