Diversity Isn’t What You Think It Is: The New Era of Inclusive Marketing 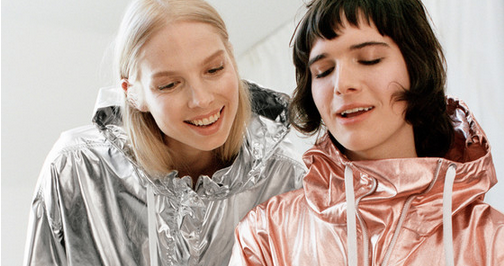 We know Millennials and teens want diversity in entertainment and marketing, but what that diversity looks like is swiftly evolving.

For a long time, we have explained that to brands is that Millennials want to see themselves, and their diversity, reflected in the TV shows and commercials that they see. And for years we’ve mostly talked about their ethnic diversity, with advice like: “Don’t whitewash your marketing,” “If they see an all-white cast, they are going to notice, and not like it,” etc. These things are 110% still true. (We’re not sure if it’s ok for a research company to say something is more than 100% true, but we’re going for it, because it’s that important.) But diversity in marketing is also quickly evolving.

We’re entering a new era of inclusive marketing: it’s not just about skin color anymore; it’s also about gender, sexuality, size, disabilities, and more. It’s hard to pinpoint exactly where this started, but it is no secret that Millennials are sensitive about inclusivity—you can blame their team-oriented upbringings and highly attuned political correctness meters if you’d like. When some brands began to embrace the LGBT rights movement, we saw a positive reaction from young consumers, and now ads that feature same-sex couples, while hardly common, are not hard to find. An expansion of family diversity representation is also taking place—interestingly coinciding with the time that Millennials are starting their own families, and turning traditional family concepts on their heads. We saw Cheerios earn both kudos and jeers for their spotlight on an interracial couple and their child, and other brands making the effort to show single-parent households, and focus on dad’s role in the household. Now we’re seeing casting in entertainment and ads that, in some cases for the first time, include groups who would once have never seen their faces on screen.

The changes are happening quickly, both in culture and in media, and brands that don’t keep up could swiftly look out-of-date. Here are three recent campaigns that show the new definition of diversity: 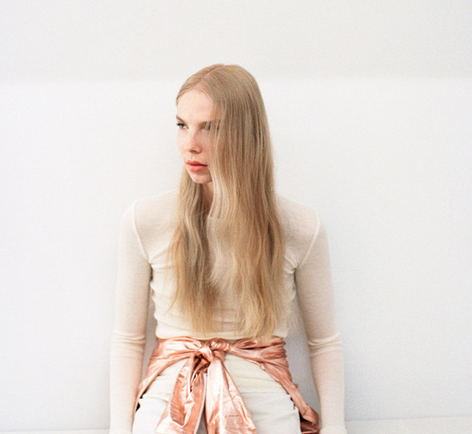 H&M’s sister brand & Other Stories is making headlines for their fall campaign, which not only featured transgendered models Valentijn de Hingh and Hari Nef, but was also created by an entire team of transgendered talent. In a press release for the campaign, the brand’s Creative Director said, “The fashion world is embracing transgender models and we think that’s great. But we couldn’t help to ask ourselves how the traditional fashion gaze can change if we keep the same normative crew behind the camera.” The campaign also includes a short film, “The Gaze & Other Stories,” that explores both behind-the-scenes of the shoot and themes of gender and sexuality. The effort comes at a time that other brands are also embracing trans visibility through casting. 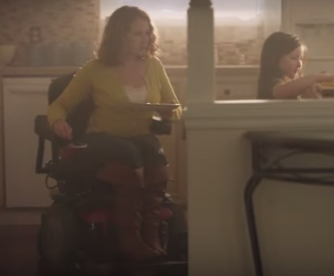 Honey Maid “This Is Wholesome”

Honey Maid’s entire “This Is Wholesome” campaign, launched in 2014, has been an exercise in showcasing diversity and providing inclusive depictions of American families, from same-sex couples to single parents. Their latest ad, “How to Make Apple & Cheddar Melts” (catchy) is a simple spot that shows a disabled woman and her neice (though their relationship is not defined in the commercial itself) making a snack together. The woman cast as the aunt is actually a disability rights lawyer and activist, who believes the disabled community want real disabled people featured in the media, rather than actors playing disabled people. Honey Maid tells Adweek,”the sweet moments between a disabled aunt and her niece are just another example of Honey Maid’s commitment to feature real American families and the wholesome connections they share.” 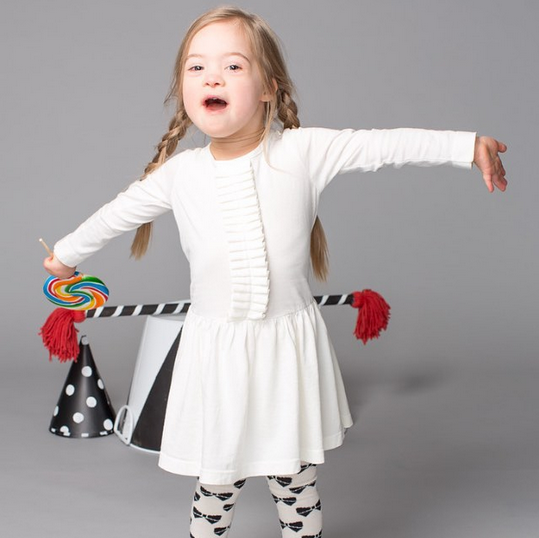 This small California-based children’s shoe company has earned national attention after casting Cora, a 4-year-old girl with Down syndrome, as a star of their back-to-school ad campaign. The #ImGoingBackToSchoolToo effort is all about inclusiveness, and showing the variety of children who are going back to school, rather than the commercialized version of kids we are used to. The brand partnered with Changing the Face of Beauty, a nonprofit that works for equal representation of people with disabilities in the media, and is raising money for the group on their site. The hashtag is now being used on social media by parents who are posting their own children’s back-to-school photos.