Gen Z’s year ran the gamut from Tide Pod memes to banning brands that go against their beliefs, so with the 20/20 vision of hindsight we took a look back at 2018 to see what we learned about the up-and-coming generation from their actions. Here’s a run-down on what to know about Gen Z before looking ahead to 2019…

There is no doubt that the discussion around Gen Z intensified in 2018. The next generation of consumers, who we define as being born between 2001-2019 (currently 0-17-years-old) is beginning to show just how much they’ll be impacting industries—and how they’re different from their Millennial predecessors. Youth-focused brands are getting acquainted with this increasingly influential group—and we’re keeping you up-to-date on what you need to know to reach them. With that in mind, we’re looking back through the year to tell you ten of the things we learned about this generation, and why it matters: 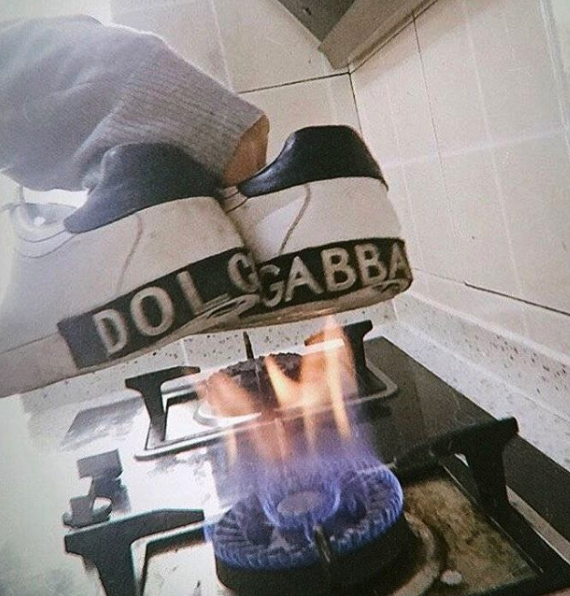 1. They’re shopping with their morals in mind.

Teen activism has seen an upswing, and in 2018 we saw clearly that Gen Z expects companies to be cause-driven too. Our Causes to Crises trend discovered that 73% of 13-17-year-olds feel more positively about a brand when they take a stand for a cause they themselves support. Fuse found that 67% of teens say they’re more likely to buy from companies that support causes than ones that don’t. So far, teens think companies could improve their involvement: Only 28% think they’re doing enough to support causes. In our Causes/Charity & Activism Topline, we found that they’re shopping with their morals in mind: 82% of 13-17-year-olds sometimes or always buy products from brands that support the causes they believe in. Gen Z celebrities are showcasing this behavior: Designers that go against the generation’s beliefs won’t make their way into their closets. One stylist tells the Hollywood Reporter that Prada, Calvin Klein, and more labels are approved while Dolce & Gabbana is on the outs for controversial statements they made on social media. Some are even using the red carpet to support causes they care about, like Stranger Things star Millie Bobby Brown, who wore a custom March for Our Lives Calvin Klein shirt to the 2018 Kids’ Choice Awards. With this generation, brands need to be clear about the causes they support, and expect that publicly veering from Gen Z’s values could impact their bottom lines. 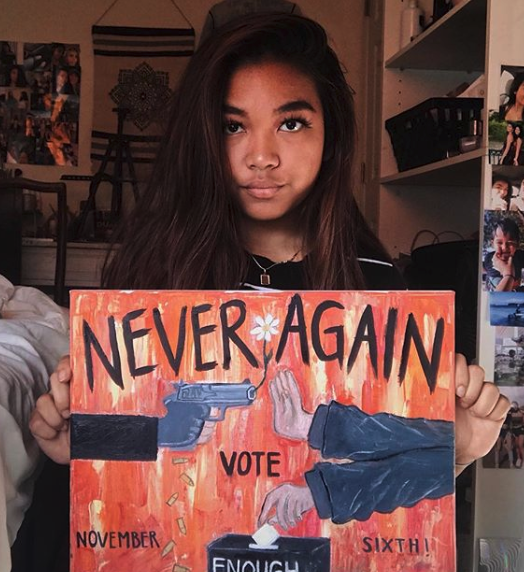 2. Their lives have been marked by violence.

Time reports that three in four 15-17-year-olds cite mass shootings as a key cause of their anxiety. Gen Z was less likely than any other generation to tell the American Psychological Association that their health was “excellent” or “very good” while 27% used the terms “fair” or “poor.” And overall, 91% of 15-21-year-olds say that they’ve felt physical effects from stress. Additionally, they were more likely to say that headline-making issues like school shootings, gun violence, sexual harassment, and more were sources of their stress. Throughout the year, we’ve also seen that their anxiety is impacting their preferences—fueling trends in mental-health-related or soothing products, and helping shape their humor and media choices. 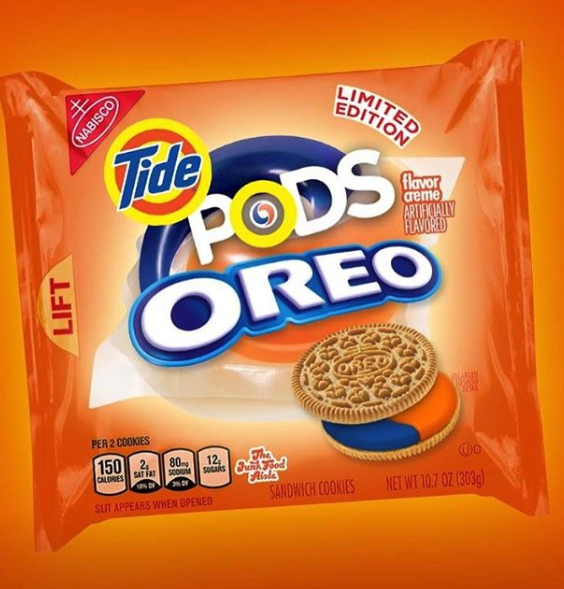 Which brings us to our third lesson: Gen Z has a bit of a dark streak. Not too surprising when you think about the culture they’re coming of age in. Trends and humor that attract the generation often have a dark or nihilistic bent to them—just look at the Tide Pod phenomenon. Salon explained that Gen Z’s nihilist meme culture rose up as a generational reaction to socio-cultural calamities (like The Great Recession) that have made Millennials & Gen Z the most anxious generations to date. Creating and consuming dark content is a quiet expression of their anxieties, and a way of seeking an escape from them. In other words, making light of drinking bleach or eating household objects via tweet is just this generations’ Dadaist art. As one teen told The New Yorker, “everything we do is like Tide Pods. Everyone in this generation is semi-ironically, like, We’re ready to die.” It’s not just memes that showcase their interest in the dark side. The pop music they’re attracted to often has a tragic twist—with hits like “1-800-273-8255” leading the Grammy nominations. Quartz measured the rise in songs featuring “deathly words” in the Billboard Hot 100 over the last 15 years and found a jump in recent years—even when compared to grunge rock’s reign. Brands can expect that darker humor and content touching on tragedy will continue to resonate. 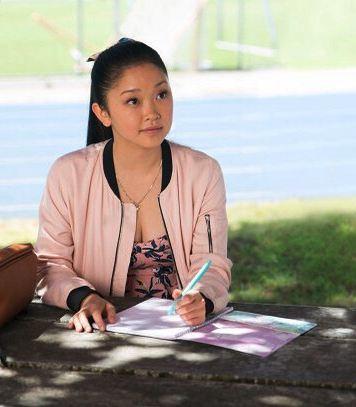 But don’t pigeonhole Gen Z as ONLY being interested in nihilistic material—in 2018 we learned that the generation also has a media sweet tooth. They’re helping to bring back the good-old-fashioned teen movie; albeit in a very different form than Millennials grew up on. For some time, teen movies have been missing, and Gen Z has been growing up without their own iconic coming-of-age, high school films. But in 2018 they had a major comeback moment, propelled back to popularity by young viewers who are binging them on Netflix. The New York Times called The Kissing Booth “the Movie Hit of the Summer,” while Netflix’s chief content officer called it “one of the most-watched movies in the country, and maybe in the world”—and at the end of the year the service has revealed that their teen rom-coms were their most rewatched content. UPROXX, echoing YPulse’s own 2014 assertions about Mean Girls, hypothesizes that it’s the light-hearted movie teens need: “This generation of teenagers doesn’t yet have a defining teen flick like Clueless, Breakfast Club, or Mean Girls, and most of the teen movies that have broken through (Fault in our Stars, Lady Bird) have been heavier, more dramatic affairs.”

5. They’re leading the return of logomania.

Logos are back, with young consumers snapping up branded products like it’s the ‘90s again. And as we discovered in our Brandoms trend, Gen Z is leading the way. Though the majority of all age groups agree that logos are back in style, 13-17-year-olds are especially interested in wearing logos. They’re also more likely than older groups to say they have purchased something that prominently displays a brand logo, and that they like to wear clothing with logos on them. Perhaps because older Millennials lived through the logo-obsessed ’90s, they’re a little less open to the trend. But to Gen Z teens, this is all new, and they’re happy to sport brand logos—if it’s done the right way. Bisnow also reports that Gen Z hype beasts are making the resale market big business. The lure of limited edition has spawned a major shopping trend among young consumers. Thrift stores like Lucky Dog thrive by buying and reselling coveted streetwear brands like Supreme for as much as $1K a t-shirt, both in-store and through their Instagram. Obviously Gen Z is helping to boost the bottom lines of the brands they want to sport logos for—and they’re on the hunt for clothing that shows off what brands they care about. 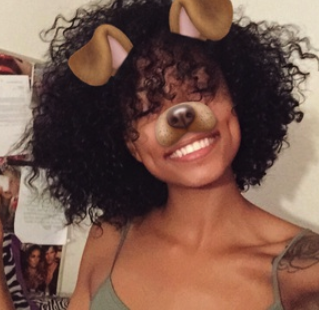 6. They’re not quite done with Snapchat.

You’ve seen the headlines. It seems that every week there’s a doomsday story featuring Snapchat’s supposed demise—but in 2018 we learned that despite the business narratives, Gen Z is not done with the platform yet. Snapchat continues to be their favorite social platform, according to our youth brand tracker Ybrands, and it also made the top of the ranking of the apps Gen Z say they can’t live without. Our most recent social media survey shows that use of the platform among the generation actually remained consistent between December 2017 and December 2018, with more than half of 13-17-year-olds saying they use it—so brands, don’t throw away your Snapchat strategy just yet. 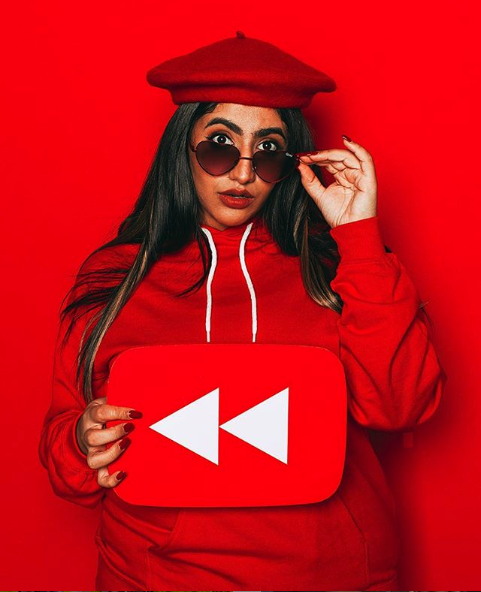 While Millennials grew up in a text-first world, Gen Z is a video-first generation. They’re attracted to social platforms that put video front and center (see: YouTube, Snapchat, Instagram, and TikTok). And a recent study from Pearson found that 59% of Gen Z prefer YouTube for education compared to 55% of 24-40-year-olds. The gap grows when it comes to printed books: 60% of Millennials would rather learn via print compared to 47% of Gen Z. However, Gen Z was also 10% more likely to opt for “in-person group activities” than Millennials. In addition, YPulse research shows that teens are watching more entertainment on their phones than on any other device. Seven in ten are watching video content on their phones every week, according to our media consumption monitoring survey. That’s 6% higher than Millennials, and compares to just 50% of teens who say they are watching on TV sets. So our next lesson shouldn’t come as a surprise… 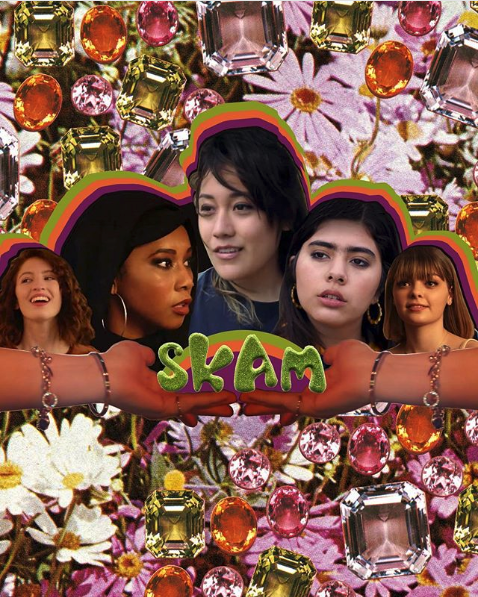 8. And they’re watching shows on social.

With so many watching video on their phones, social media is becoming the home for Gen Z entertainment. We let you know that an onslaught of social media-only TV shows are taking over teens’ screens, paving a new way to unfold a narrative that’s more interactive and engaging than traditional TV. Social media is rising up as a legitimate place to launch shows for the Post-TV Gen, with everyone from BuzzFeed to Snapchat launching series aimed at the generation. In fact, the social platform launched their scripted original series, which feature vertically-formatted five-minute episodes created by top talent (thanks to Snap’s partnership with NBCU). Some of the shows even include augmented reality experiences. With so many creating social entertainment content, this generation is growing up thinking of their phones as their access point to the shows that they’re getting hooked on. 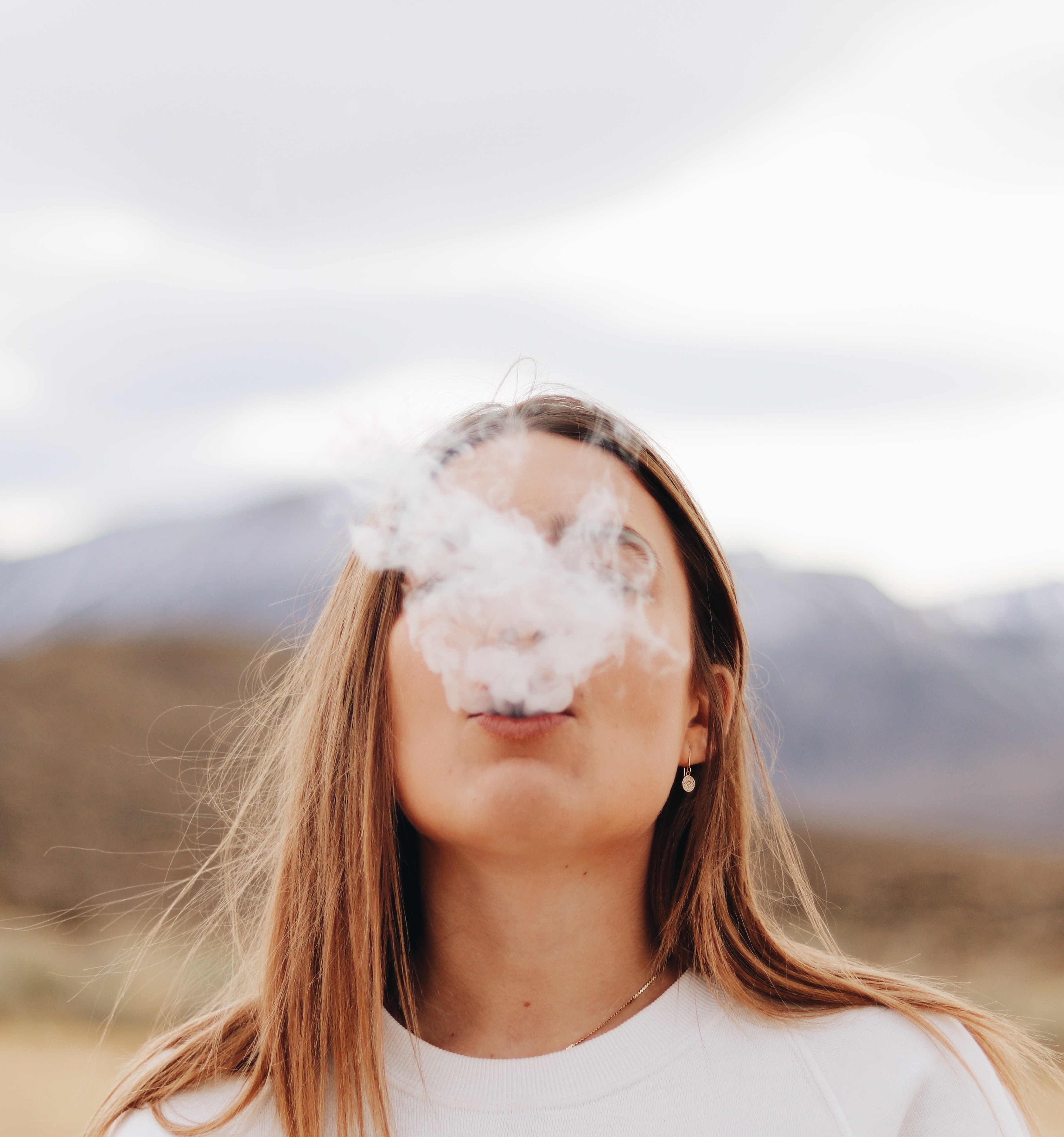 In 2018, Gen Z’s vaping problem became clear. According to the Washington Post, the FDA is cracking down on e-cigarette use after preliminary government data showed that one million more teens vaped in 2018 than in 2017. Along with enforcing new rules on online age verification, they’re banning the sale of flavored products from gas stations and convenience stores. Mint is the one flavor exception, but banning menthol cigarettes and e-cigarettes could be the FDA’s next move if they don’t see a reversal in the trend. We told you about the generation’s views on vaping when our Vaping Infographic showed that 35% of teens say their friends vape. It’s clearly the generation’s signature vice—though we should note that overall, their risky behaviors are at a record low. 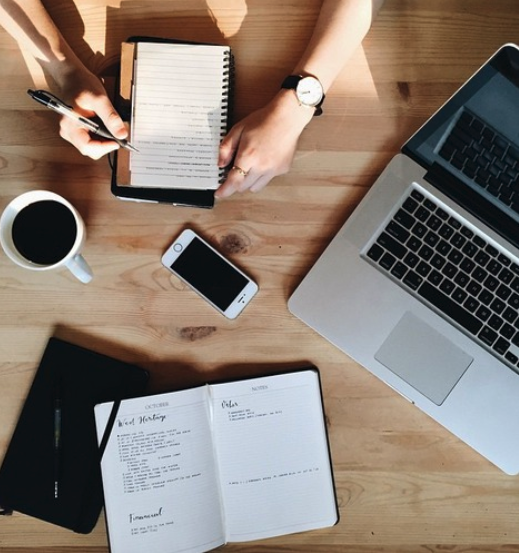 When we ask Gen Z the companies they want to work for, tech dominates the list. Google has mass employer appeal, topping the list of companies that Gen Z wants to work for, just as it has for Millennials. The list of their dream employers also sees web-based giants Amazon, Netflix, Microsoft, and BuzzFeed all making the top ten. Gen Z’s preference for STEM-based careers is also evident, with NASA ranking high for 13-17-year-olds (perhaps a testament to the agency’s push to attract younger employees). As Gen Z begins to take over the workplace, these dreams could shape the kinds of jobs they look for—and the kinds of positions that brands need to offer them to pique their interest.

North America
Just How Big Has TikTok Use Gotten Among Gen Z?
No other platform has won Gen Z over as completely as TikTok–and these are the late...
Western Europe
The Biggest Problems Young Europeans Say They’re Facing Now
The majority of young Europeans say the issues in their countries are getting worse...
North America
How Gen Z Students are Protesting for the Causes They Care About
TL;DR: YPulse research shows the majority of Gen Z have taken action to su...