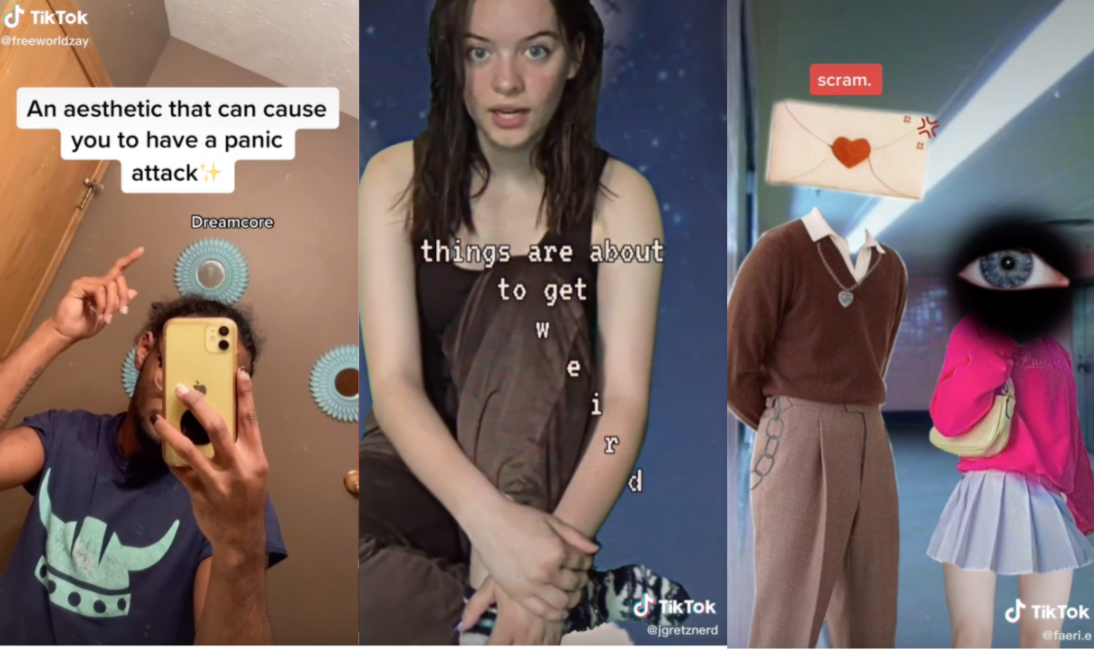 TikTokers are getting weird thanks to #dreamcore, customers are praising a size inclusive sports bra, Oreo sushi is this week’s biggest food trend, and #summerofgaming is having a moment—plus other news taking over social media! 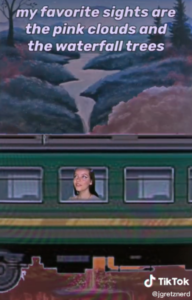 Move Over, Cottagecore—Dreamcore is the Latest Aesthetic Taking Over TikTok

We told you about how cottagecore was the defining aesthetic of 2020, and how it kicked off a variety of other “core” trends, but a weirder (and dreamier) one has been recently taken over TikTok. According to i-D, dreamcore is defined as an aesthetic that revolves around weird imagery “and objects that often tap into nostalgia or things you may have been in childhood.” But instead of being “cute or comforting,” it creates a sense of surrealism and uneasiness, and most of the videos feature slowed down music that gives it a creepy and eerie vibe. It’s basically meant to mimic a strange, mysterious dream full of bright and bursting pastel-like colors that ultimately “turns into a nightmare.” So far, the hashtag #dreamcore has 419.7 million views, while related hashtags like #dreamcoreaesthetic, #dreamcorecreepy, and #feverdreamcore has millions of views as well. Some videos also show users using the hashtag #weirdcore and #nostagliacore too. User @jgretznerd, who is known for creating “trippy videos,” often depicts the dreamcore aesthetic in her videos. In one of her most viewed clips, which has 1.4 million views, she tells a story about a fictional dream train, which passes through vibrant landscapes full of “pink clouds and waterfall dreams,” but also warns of the dark threats aboard, which involve eyeless passengers. Young consumers have been leaning on nostalgic memories during the pandemic, but while some have speculated that the rise in dreamcore popularity has to do with young people exploring their “complicated feelings” toward childhood and growing up, it also could be related to the peculiar, vivid pandemic dreams that some people reported having during most of last year. Either way, this trend specifically combines their longing for nostalgia with their fascination for weird, creepier things—like Furbies, for instance. 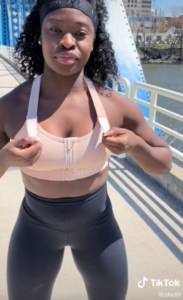 TikTokers are Buying Up This Sports Bra

We told you about the many products going viral on TikTok, and as loungewear and activewear continue to thrive during this time, everything from velour tracksuits to leggings have trended on TikTok. The latest piece of athleisure to capture everyone’s attention? A Shefit sports bra. The bra is $69 and features “special zip, cinch, and lift technology,” which according to the brand’s site allows the person wearing it to “personalize [their] fit and control [their] level of support.” It also comes in various basic and bright colors. So far, the hashtag #shefit has 63.7 million views on TikTok. One of the reasons it’s so popular with users right now is because according to customers who have tried it out, it’s one of the few sports bras on the market that is size inclusive (it’s available in cup sizes A-I). Many of the videos on the app feature women demonstrating the bra’s “signature three-step process” then jumping up and down in it to show how it keeps everything in place. In a recently shared video that garnered 17.3 million views, user Mikayla Noguiea, who has 5.7 million followers,  commends a lime green bra she’s wearing for holding everything together (while also doing Legally Blonde’s iconic “bend and snap” to demonstrate.) In another video that received 6.2 million views, user @paigechappel tests the bra to see if it really works for “every chest,” and concludes that it is “worth it.” Another user, @qkadar2001_mommyof2, shares herself wearing the bra saying, “I always see the girls with small boobs [posting reviews], never a heavy chested girl.” In the last several years, young consumers have fueled a body positive movement, and while “fit-fluencers” on the app have been quick to applaud brands that are size inclusive, they’re also not afraid to call out brands for their lack of bigger sizes, and “one size fits most” business models. 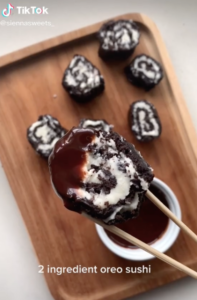 Oreo Sushi is TikTok’s Latest Surprising Food Trend
From pancake cereal to baked feta pasta to mustard-covered watermelon to pesto eggs, food trends have been taking over TikTok (and dividing the internet) in the last year—and the latest one grabbing TikTok’s interest is…Oreo sushi. While the ingredients simply just call for Oreos and milk, the process of making it involves removing all of the Oreo’s creme, crushing up the cookies, and blending the crumbs with milk until it creates a “paste-like consistency.” Once that step is complete, it’s time to roll the cookie paste onto a flat surface, place it between two sheets of plastic wrap, and spread the separated creme on top before rolling the whole thing into a log, and finally, cutting it into small, bite-sized circles, just like actual sushi. According to The Takeout, Australia-based user @siennasweets_ is the one who first made the recipe go viral. And in her video, which has 4.1 million views, she carefully shows the step-by-step process, and ends the video by dipping her newly created Oreo sushi into a chocolate sauce. The hashtag #oreosushi currently has 11.4 million views, and features users making their own twists on the dessert recipe, with some even adding other ingredients and garnishes, or using different Oreo flavors. Even as the world slowly goes back to normal, food trends on TikTok are something we’ll clearly continue to see in a post-COVID world. 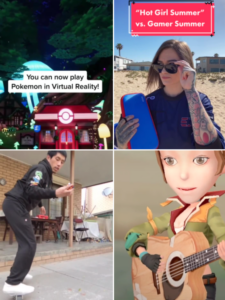 Gamers on TikTok are Preparing for a #SummerofGaming

YPulse’s Gaming behavioral report found that 94% of 13-39-year-olds are gaming in some capacity—and from video games like Animal Crossing: New Horizons to Fall Guys to Among Us and various gaming platforms like Fortnite, Roblox, Discord, and Twitch, it’s evident that gaming became a social lifeline for many during lockdowns. And in 2021, online gaming has yet to let up. This week, the hashtag #summerofgaming appeared on the platform, and currently has 2.7 billion views. The app even has a promotion to coincide with the hashtag, which allows the users a chance to get rewards from some of their favorite gaming brands. Many of the videos feature users sharing themselves playing their favorite games, reviews of newly released games, and while others are showing themselves in niche gaming scenarios. TikTok has proven to be a surprisingly successful marketing tool for video game companies, and they’re certainly leaning in. Ahead of the launch for Before Your Eyes earlier this month, Wholesome Games posted a video about the game on the platform, and racked up more than one million views in just a few days, more so than on YouTube and Twitter. It led to users posting their reactions and thoughts about the game, and also caught the attention of YouTuber PewDiePie who ended up making a video of himself playing the game as well. 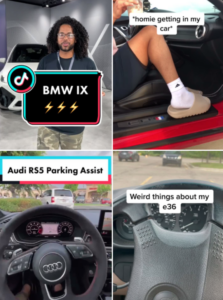 As young people continue to drive forward, TikTokers are showing off their project cars and “weekly beaters” using the hashtag #carcommunity, which has 1.6 billion views.

Twitter users are joking about “deleting their dating apps” and meeting people the old-fashioned way in a new meme.

A Star Wars meme featuring Anakin and Padmé is taking over Twitter as users joke about relatable “red flag” situations.

Billie Eilish hopes that her new album gets people to “break up with their boyfriends.”

Will Smith is getting his own comedy variety special at Netflix.

The Late Late Show with James Corden is facing backlash for their “Spill Your Guts” segment, which features guests eating cuisine from Asian countries.

A Beauty and the Beast musical series is currently being developed at Disney+.